The calculation of the lens is made in GOI. Produced at the Kharkov plant FED. The lens body corresponds to the late Industar-61 and Industar-61 L / D. Differs from Industar-26M a different color of enlightenment and a modified focus drive. I-26M has further development in the form of I-61 models with lanthanum glasses. The early version had the name FED Industar-26M and was marked in the German manner indicating the enlightenment of the optics. Subsequently, single-layer coated optics were not marked in any way. Reviews of I-26M modifications: 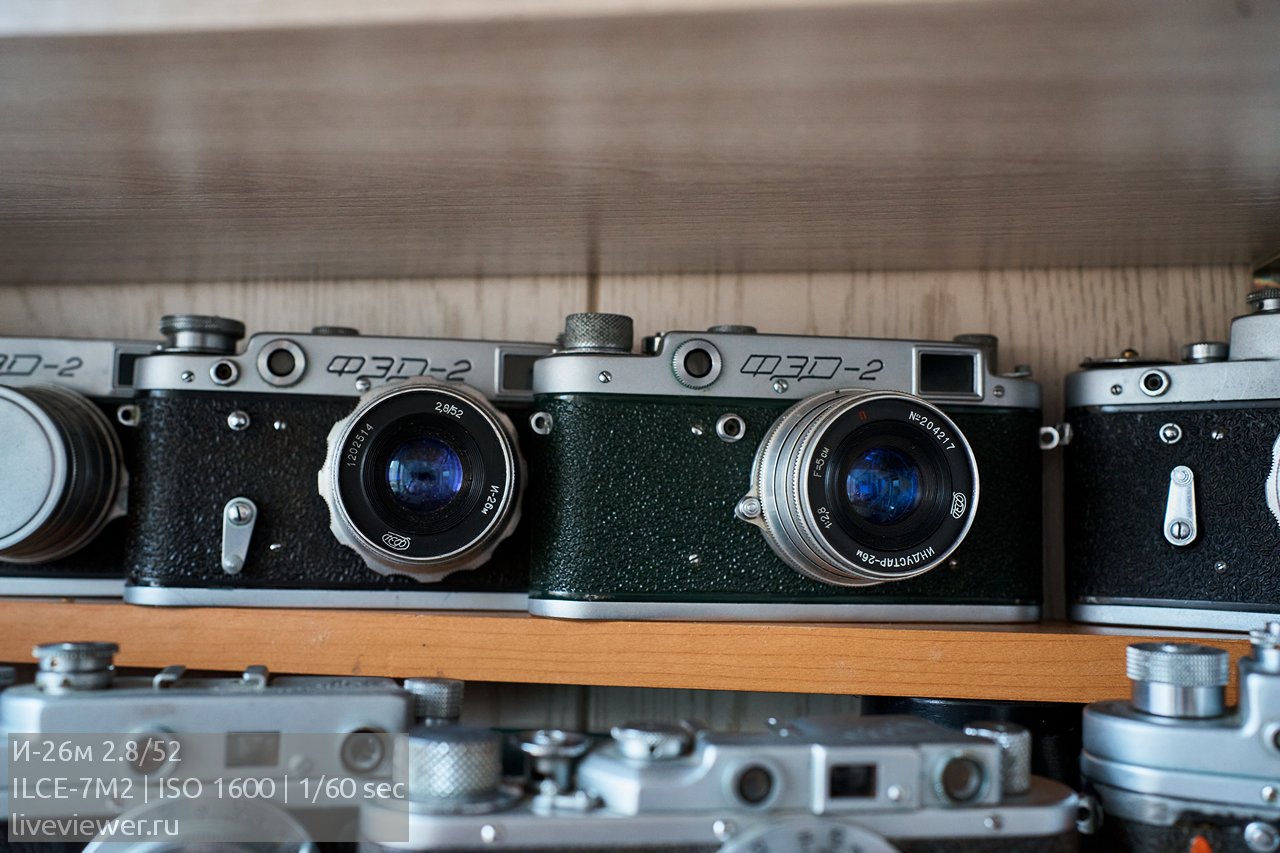 M means "modernized". Initially, the I-26 was designed for use with a folding frame. Subsequently, lenses began to be produced in a modernized rigid body. Industar-26M had a focus leash. The new focus ring has a more adequate look and does not cause any complaints. If, of course, the lens is working. 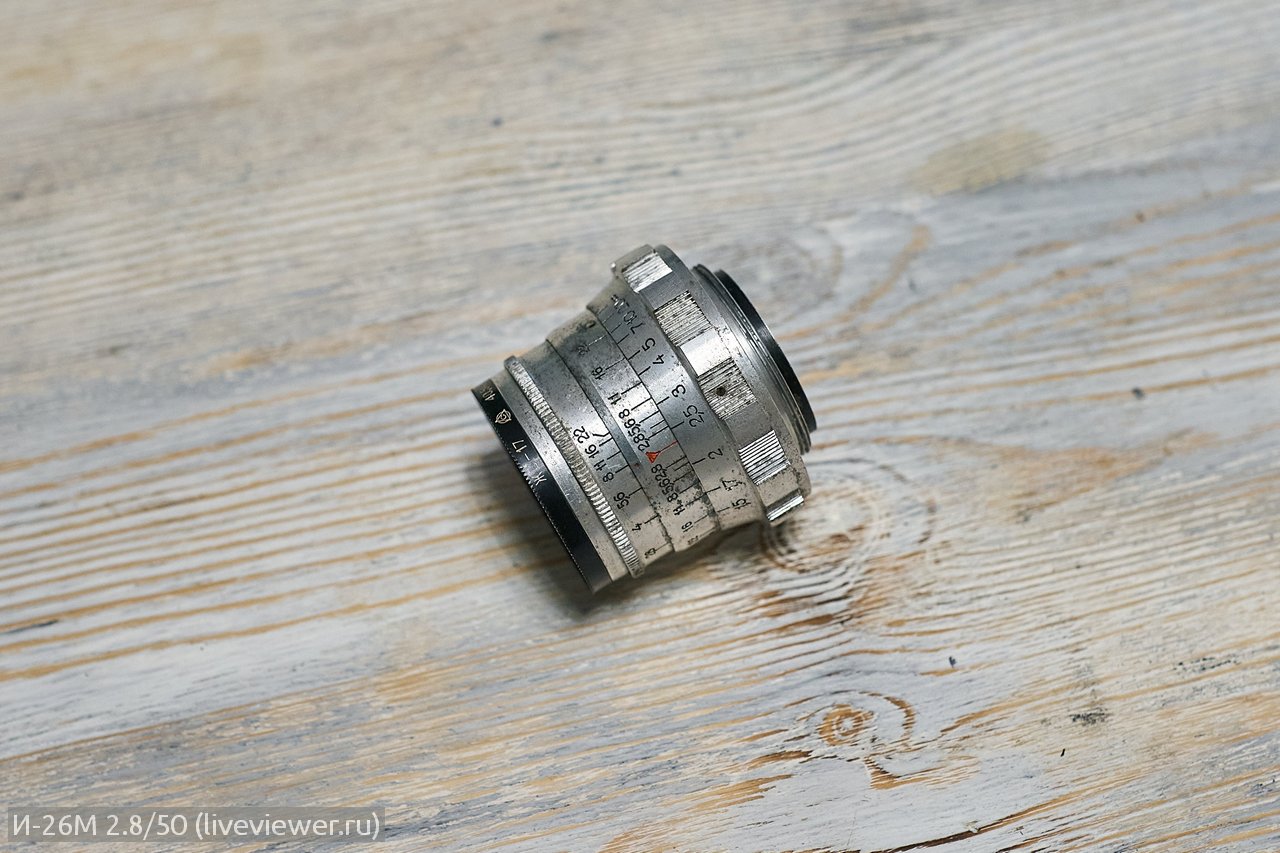 Original Industar-26 had the shape of a tube and implied a performance retractable into the camera body. The marking of the I-26M lens is already made in accordance with GOST USSR, and looks like

The calculation was made in 46 at the GOI. Optical scheme from ordinary grades of glass of the USSR. The optics are assembled in an aluminum case without painting and varnishing. Lacquered models turn yellow over time, and unpainted lens bodies become covered with black spots.

The numbering of these lenses is serial-through, without weathering on the lenses. It is difficult to determine the year of production without having a coupon and a passport for the camera. The total period of production is from 1959 (GOST USSR) to 1965 (completion of production of the FED-3 hammerless version), production of the Kharkov FED Plant, standard lenses for cameras FED-2 second and third issues, as well as FED-3 hammerless. At FED-3 at first, lenses with early markings were installed, but with modified controls. Then there are I-26Ms with changed markings and purple tint enlightenment. On modifications with markings in the manner of the USSR, including the hero of the review, the enlightenment of the lens is single-layer, it was not additionally noted on the body. By the way, in addition to changing the principle of focus control, the mechanics were also redesigned. I-26M is easier to maintain. 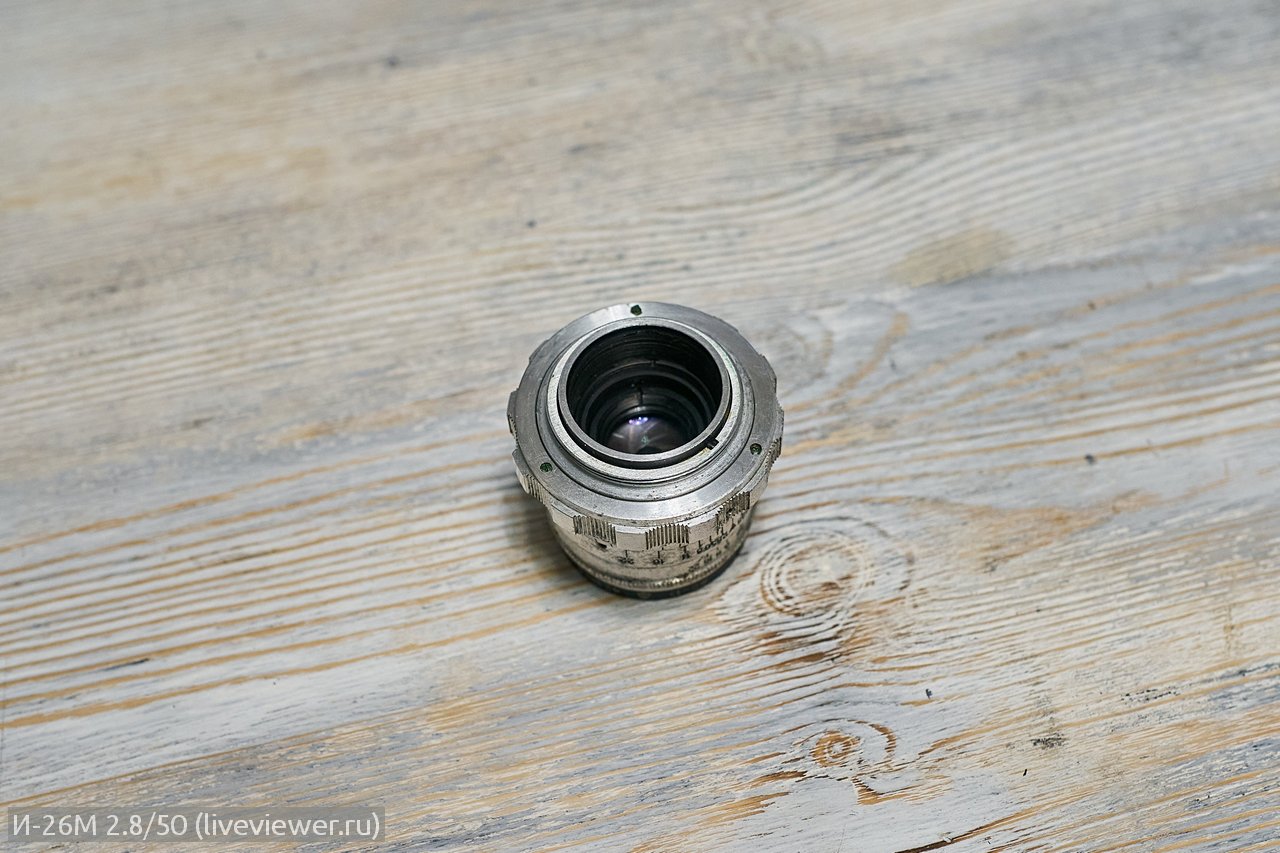 The I-26M shows good sharpness and color reproduction, the Tessar scheme assumes high sharpness and most of the corrected distortions. However, Soviet types of glass could not provide sufficient sharpness and field curvature correction, therefore, after mastering the production of heavy crowns at LZOS, the lens was recalculated for their use. To be honest, I compared several industrial versions, and was pleasantly surprised that the picture quality really improved with the use of heavy grades of glass. By the way, by the time of the Second World War, German lenses could already boast of the presence of heavy and super-heavy types of glass as part of their optical schemes. This in no way detracts from the achievements of Soviet science, but rather, on the contrary, extols them, as it were. The ancestors managed not only to restore the country after the war, but also to make a qualitative breakthrough (not only) in optics. 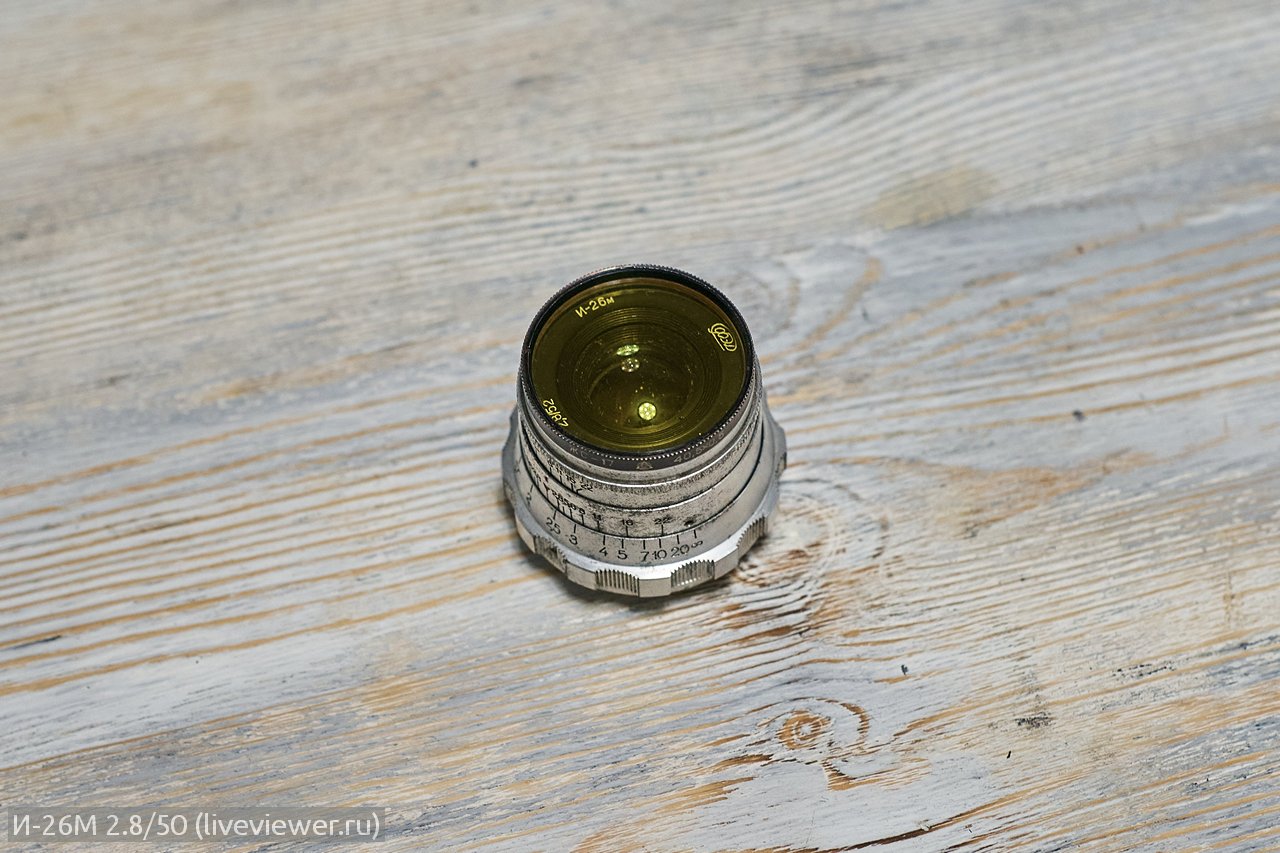 In operation, the lens is not very convenient due to the minimum focusing distance of one meter. Still, I would like to get closer. In general, for rangefinder cameras, having lenses with MDF less than a meter at that time was nonsense. This is not an unfortunate drawback, since for most tasks the lens fits the way it was conceived and produced. In the model FED Industar-26m 2,8/50 there was a focus drive leash that was inconvenient to work with, especially when the grease thickens in the cold or from old age. The drive through the leash bites the thread, since the distribution of forces applied at one point is uneven. The I-26M already has a ribbed ring, which is convenient to work with gloves in the cold, despite the close location of the ring to the camera connector.

I-26M has a less intense color coating than Industar-26M. I note that despite the difference in color, the picture in the figure is somehow not particularly affected. Perhaps because I shoot in RAW and with automatic white balance. Most likely on the film there was some difference in shade in the case of working outdoors and indoors. After all, even the film was then produced separately for the street, and for rooms with different color temperatures.

The aperture is controlled by the front thin ring, the values ​​​​are set steplessly, the ring does not have a fixation and the setting is easy to knock down.