The hero of the review - the Canon FD 200mm f / 2.8 lens - is the second in the line of telephoto lenses with a focal length of 200mm and aperture f / 2.8. First version lens was released in 1975 and bore the designation SSC (indicating multi-coating) on ​​the frame.
The second version of Canon FD 200 / 2.8 was released in 1979, when such a proud marking was no longer required - by default, all top Canon lenses began to have multi-coating. Optically, the lenses remained exactly the same. The third version, released in 1982, already had internal focusing, a different optical scheme, less MDF and a little more weight (730 grams). The third version can be identified by the characteristic "waffle" knurling on the frame.
The first thing that this glass strikes with is its unconditional, uncompromising sharpness for its time!
It's hard to believe that in that distant film era there were technologies that could, through the entire sequence of development and printing, bring to the eye the smallest details that I saw thanks to the 24MP sensor of the Sony A7 Mark II.
Taking the first shot at full aperture, I was amazed at the detail. But meanwhile, the shooting was carried out in a rather dark room, where the camera had to be lifted ISO up to 4000. But despite the inevitable degradation of the picture, the sharpness remained at its best! See example below: 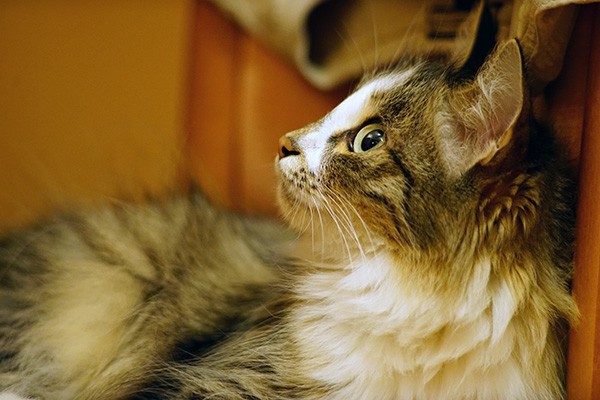 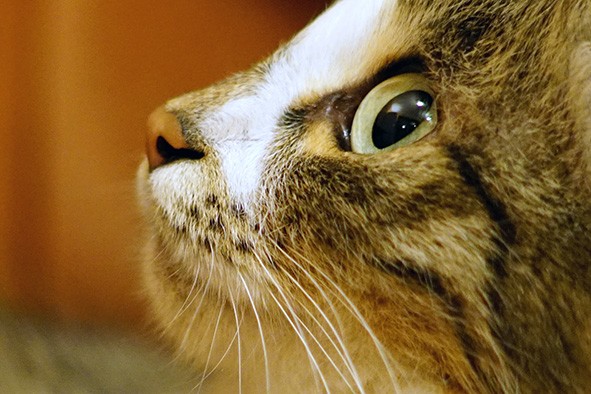 Naturally, under normal lighting, when ISO you do not need to raise, the detail becomes even higher. True, at a fully open aperture, purple chromatic aberrations can partly eat it. However, it is worth closing the aperture at least to f / 4.0 and the picture just rings!
Take a look at the shot below - what the detail is, even when shooting at full aperture! You can count the ribs at the insulator! The distance to the subject is 100 meters. 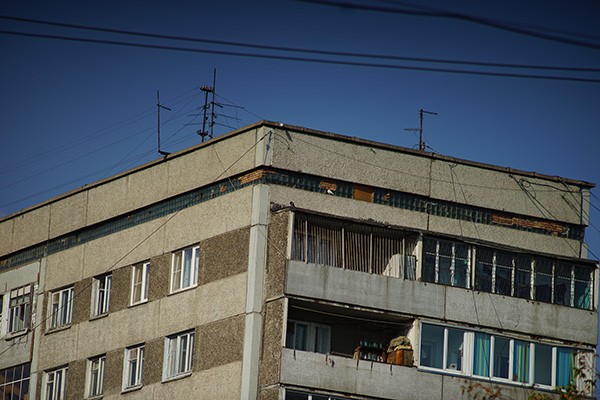 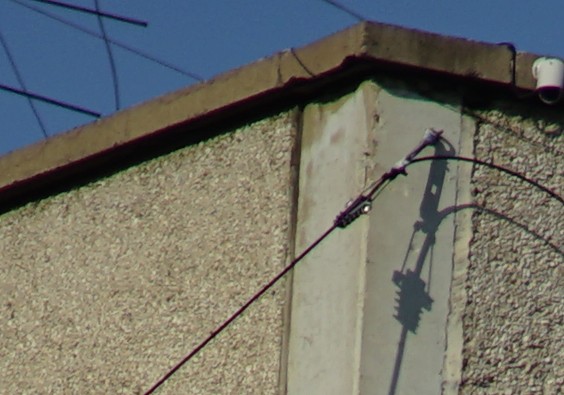 Color rendering Canon FDn 200mm f / 2.8 natural, fresh colors, and most of this applies to shades of green and blue. The lens holds back light perfectly - even without a hood. Meanwhile, he has it built-in and very comfortable - with a pile inside and a soft lock in the extended position. By the way, the black pile coating is also inside lens - that is why almost all the dust particles that manage to penetrate there immediately settle on the pile, and not on the lenses. In addition, I believe that the very nature of the pile coating results in perfect light absorption and the cessation of reflections.

At a fully open aperture, lens vignetting is quite noticeable - especially in the corners of the frame. In addition, as I already wrote, chromatic aberrations are clearly manifested in the fully open. However, this is, firstly, characteristic of any high-aperture optics, and, secondly, it is easily treated in modern RAW converters.

During photography, the lens fits perfectly in the hand (in conjunction with a mirrorless camera). The focusing ring is wide, comfortable, smooth - but you need to get used to that it rotates almost 360 degrees (that is, you need to be quicker to focus when shooting fast scenes). The only controversial point is the location and size of the diaphragm ring. It's narrow and right next to the camera - you can't blindly change it every time.

In the first shot focusing on the leaves, in the second - on the yellow tube in the middle of the frame. 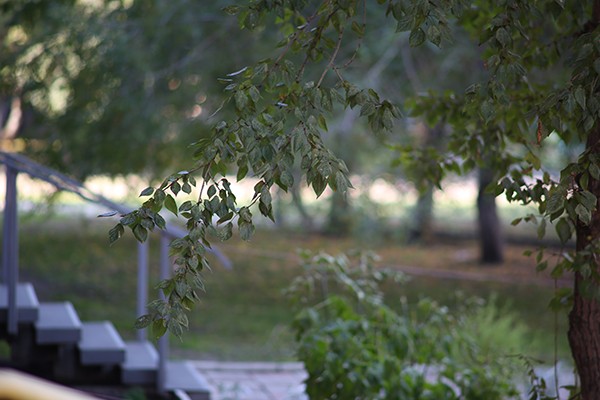 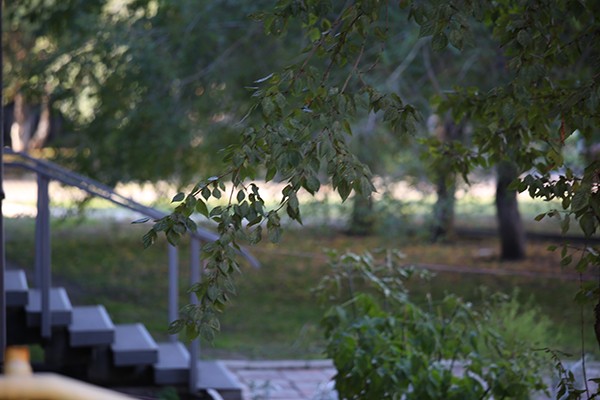 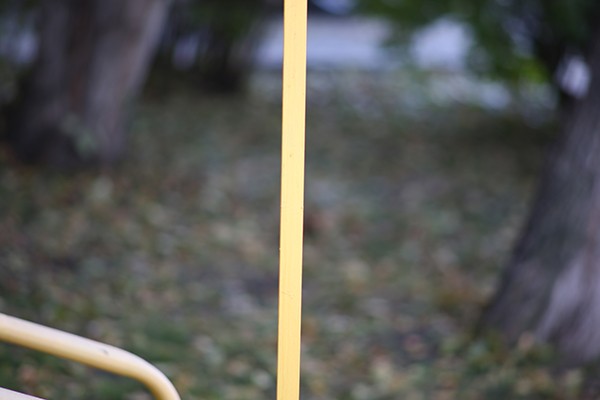 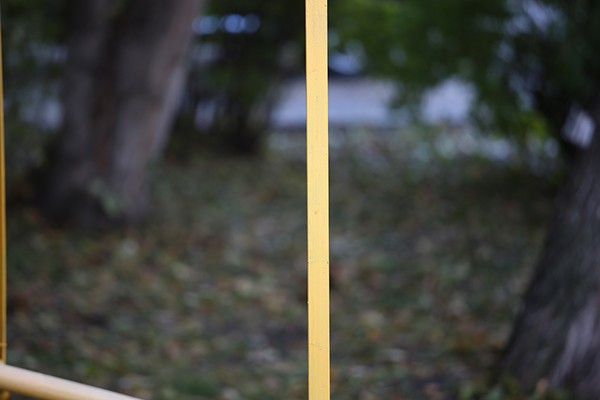 In general, I definitely recommend this glass for purchase, as a much more budgetary, but certainly a creative instrument with rich potential. But to reveal it is already our task.