"Elki's younger brother" - yes, this is exactly the definition I heard about the said lens... Let's see how it deserves this epithet in comparison with the popular Canon EF 24-105 f / 4.0L IS. But I would like to emphasize that this review will focus on the second - more successful - version. It is easy to distinguish it - instead of the “Macro” icon on the lens there is a corresponding inscription in English.

Canon EF 28-105mm f / 3.5-4.5 USM II was designed for film cameras, but then began to be successfully used on the first digital SLR cameras. Almost a new copy fell into my hands, so I could fully appreciate the quality and quality of the finish. But alas, this lens over time, a characteristic disease manifests itself - they begin to tug at the zoom and focus rings. I bought this model twice - and twice faced the same problem. In addition, she is mentioned in a couple of other reviews. 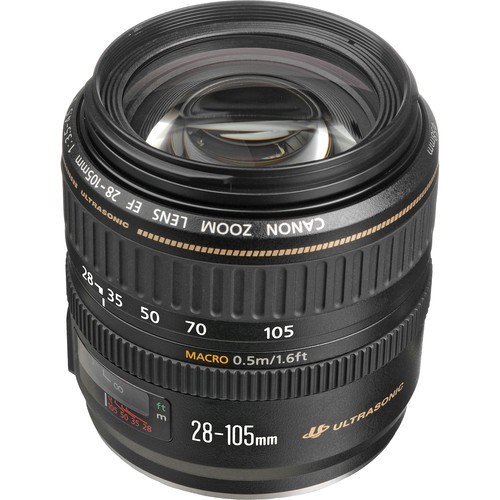 Sharpness is not satisfactory. However, when fully open the lens gives a somewhat "soft" picture. But as soon as the aperture is reduced to f / 4.5, the lens starts to work with dignity even on a camera with such a matrix as the Sony A7 Mark II. I compared the Canon EF 28-105mm f / 3.5-4.5 USM (second version) at 28mm with this lensmi like Canon FD 28mm f / 2.8 SC., as well as Canon EF 24-105 f / 4.0L IS. You can check and see for yourself - the sharpness lag in the tested specimen is by no means critical! 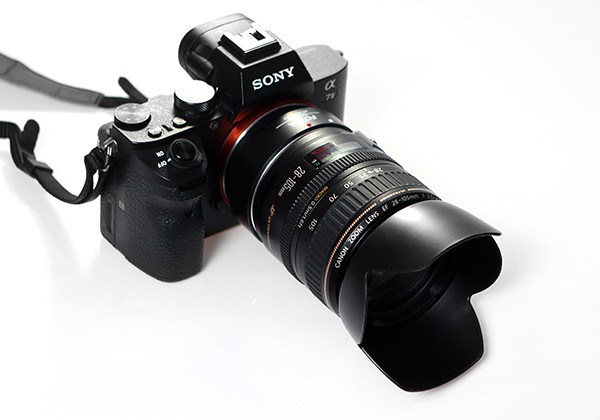 I also note that I have a strong feeling that this lens is the least sharp at the widest end - but at 105mm it gives out a sharper picture. And another moment. Compared to Sony 16-50 f / 3.5-5.6 OSS the tested lens produces sharper, more “lively” and pleasing to the eye. Not digital, but analog, let's say.
Canon EF 28-105mm f / 3.5-4.5 USM color rendition, without exaggeration, is correct. Perhaps in terms of density and color saturation, it lags slightly behind the "elki", but in terms of purity and naturalness it is on a par. No unnecessary and incomprehensible shades - having photographed the sky, you see it in the picture as you perceived it during shooting.

Chromatic aberration in lens poorly expressed - we must try to make them appear. But geometric distortions at a focal length of 28mm are quite noticeable (blockages of vertical lines towards the center). However, this is easily fixed in the latest versions of Adobe Photoshop. Vignetting is slight, but it is noticeable in almost all focal areas.

I will add that the lens sometimes holds the backlight poorly. Sometimes I had a light streak running through the entire frame from a bright light source at the top. Moreover, once shooting a strip of sunset, I got a characteristic horizontal flare in that part of the frame that should have been in the shadow. So a lens hood is highly recommended.
Another subjective weak point is hips... If the background is colorful, the pattern in the blur area becomes somewhat fussy. So look for a smoother background - that's when hips looks restrained and noble.

So in modern conditions the lens I have described can safely claim the title of "Elki's little brother" or "budget L-class zoom". I gladly took it instead of the whale Sony FE 28-70 mm f / 3.5-5.6 OSS, gaining gain in aperture, focal length and originality of the picture. I lost only in focusing speed (I shoot through an electronic adapter Canon EF-Sony E). Well, in money, of course I won - after all, the adapter costs 3500 rubles, and the Canon EF 28-105mm f / 3.5-4.5 itself - no more than 5500.