Canon 7D is the top cropped reportage camera of 2009. At one time, very fond of many reporters. Extremely tenacious and protected no worse than adult full-frame models.

EOS SLR camera, which includes both digital and film cameras since 1987. The camera is not only suitable for modern optics with bayonetohm EF, but also the optics of the USSR period through Canon EF to M42 adapter. Read the article about adapters.

Released in 2009, it has a high shooting speed, accurate autofocus and metering sensors, which later migrated to the Canon 6D. 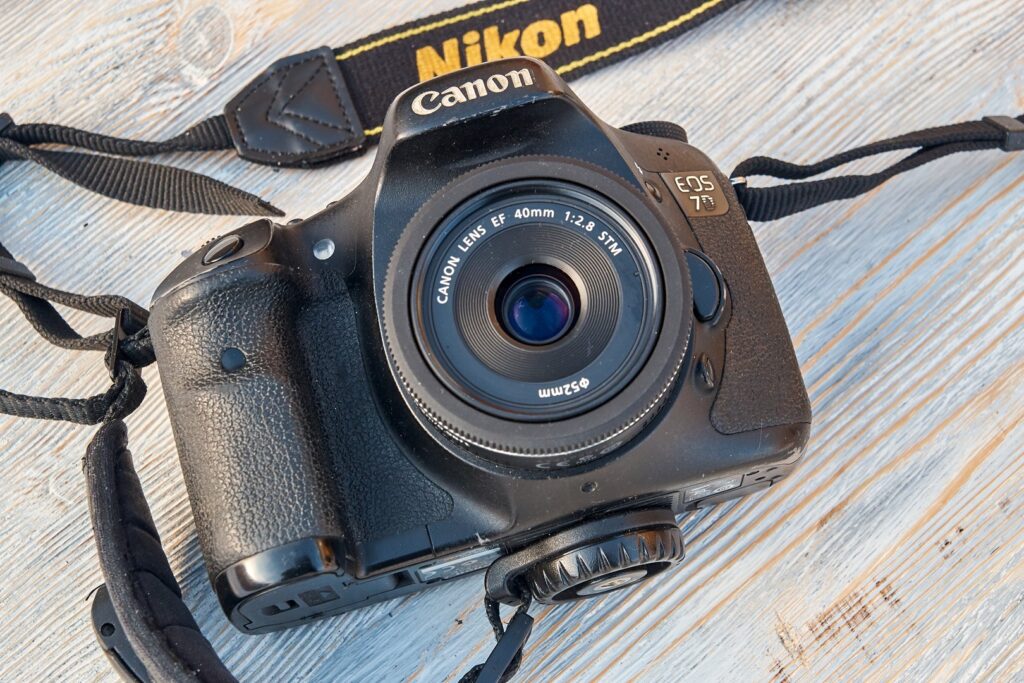 Externally, the device is made in the classic style for EOS systems - a black case, with the usual arrangement of controls. As usual, it is assembled soundly and flawlessly - the joints are closely fitted to each other, all the bends and transitions look like a single whole. The grip is comfortable, especially handy with the hand strap. There are two displays on the body - the main and additional ones, quick access to the settings is implemented according to the classical scheme of high-end devices. Still, this is Canon's top reportage camera model for 2009. She remained so until the release of the 7D mark II, whose value in the secondary market at the moment is not at all pleasing to the eye. 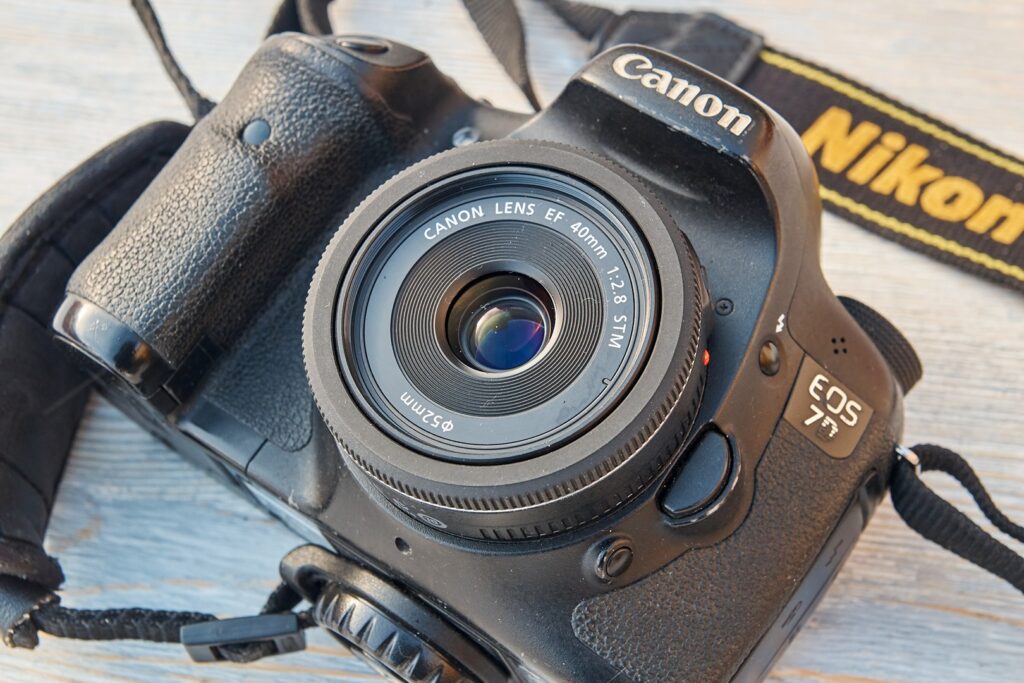 The good news is that Canon has taken care of this model and its users in terms of weather protection. In the rain, you don't have to be afraid to use the camera, as its protection allows it. It is clear that it is better to use without kinks, and with lenses / flashes, with the appropriate protection class. An additional selector on the rear panel can have several control modes. The SET button is reassignable, the buttons in the upper right corner of the case, too. The camera body has a depth-of-field preview button (DOFIN). 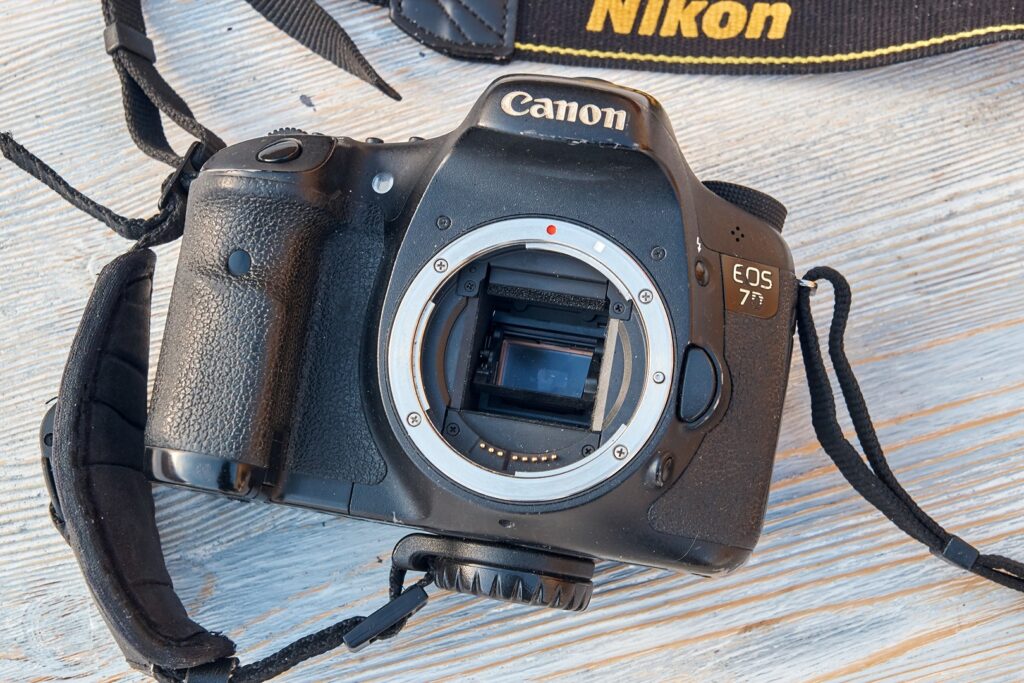 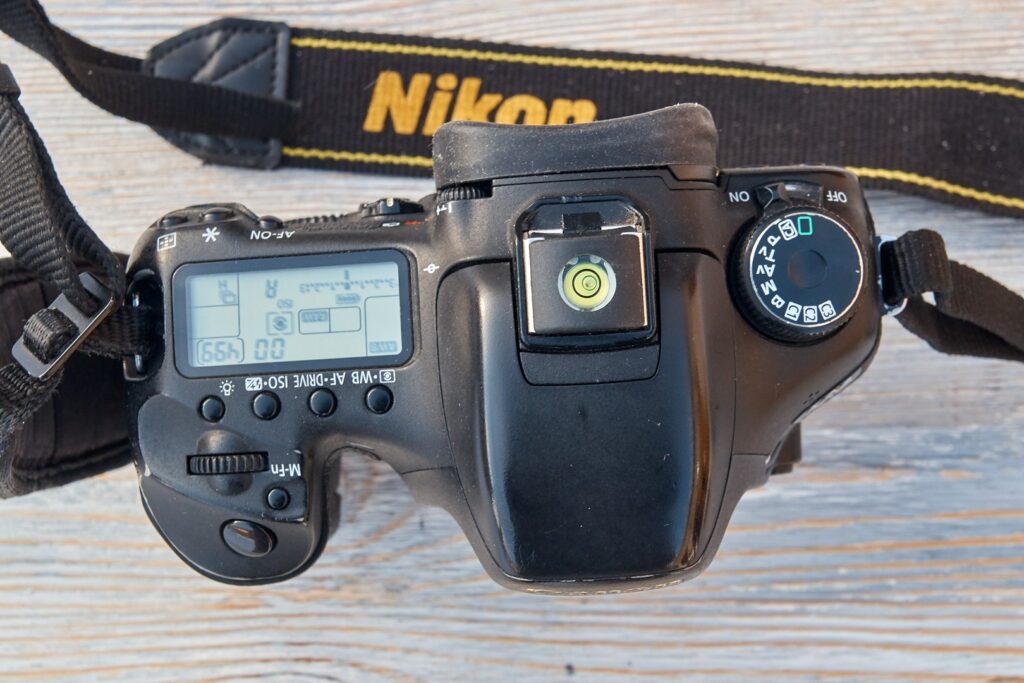 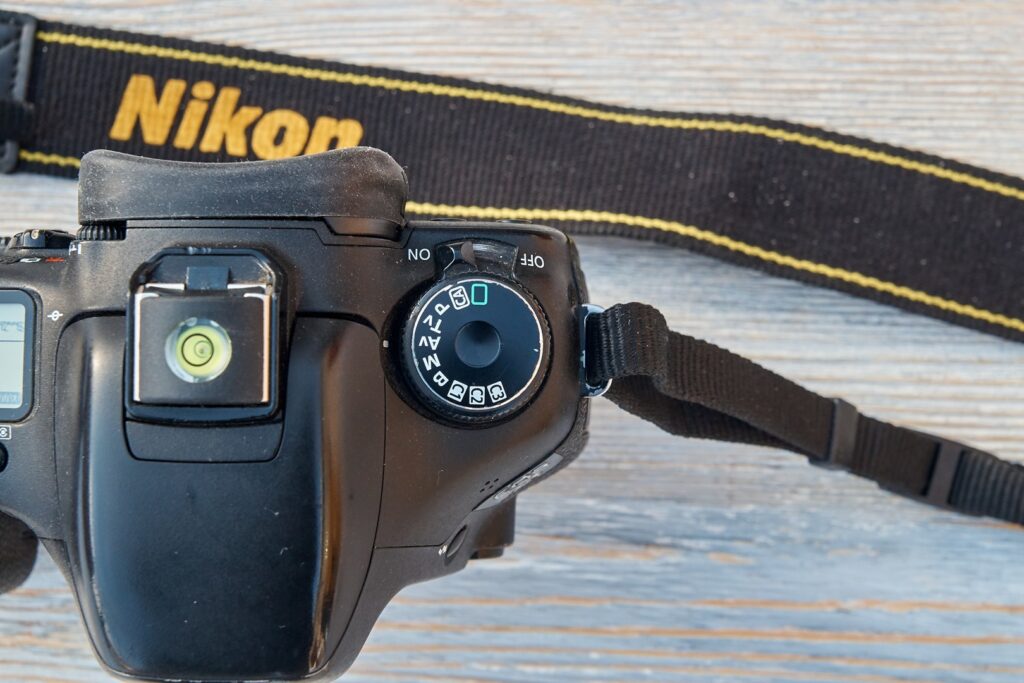 An additional display is intended for quick switching of settings. The keyboard shortcuts are similar to those of the 5D mark II and early cameras that claim to be professional. The control buttons are arranged according to the principle "one button, two functions". A separate button turns on the backlight. 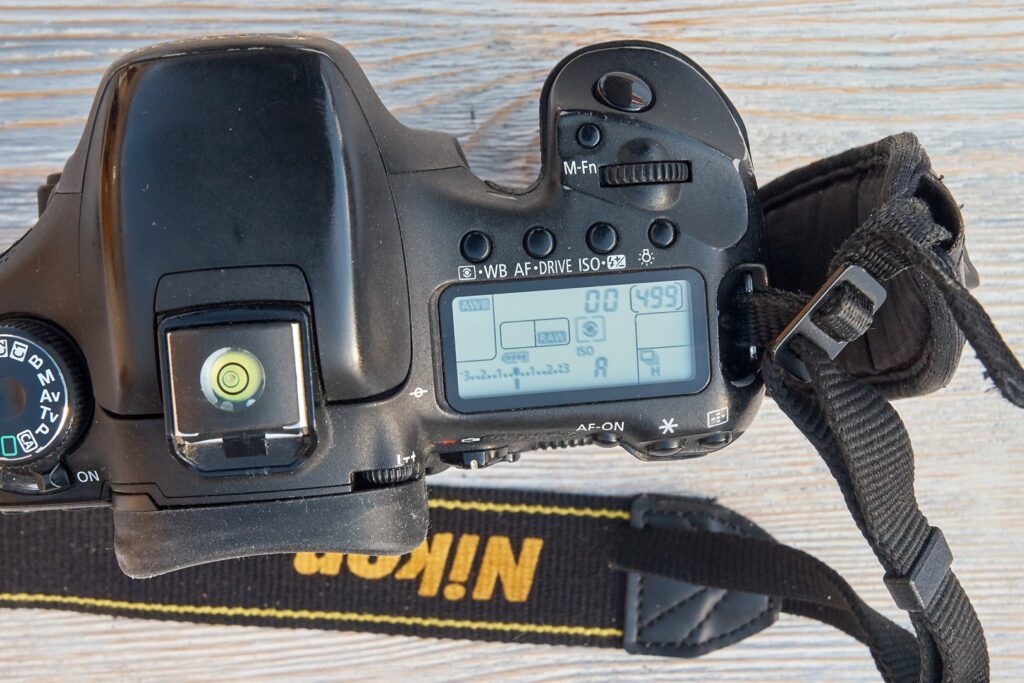 Light coloured. The viewfinder in the Canon 7D had no analogues at the time of release, and instead of pre-marked marks on the focusing screen, it is equipped with a matrix LCD display. Which, in addition to the standard display of focus points, allows you to display additional information - the autofocus area and the grid for the most accurate framing. 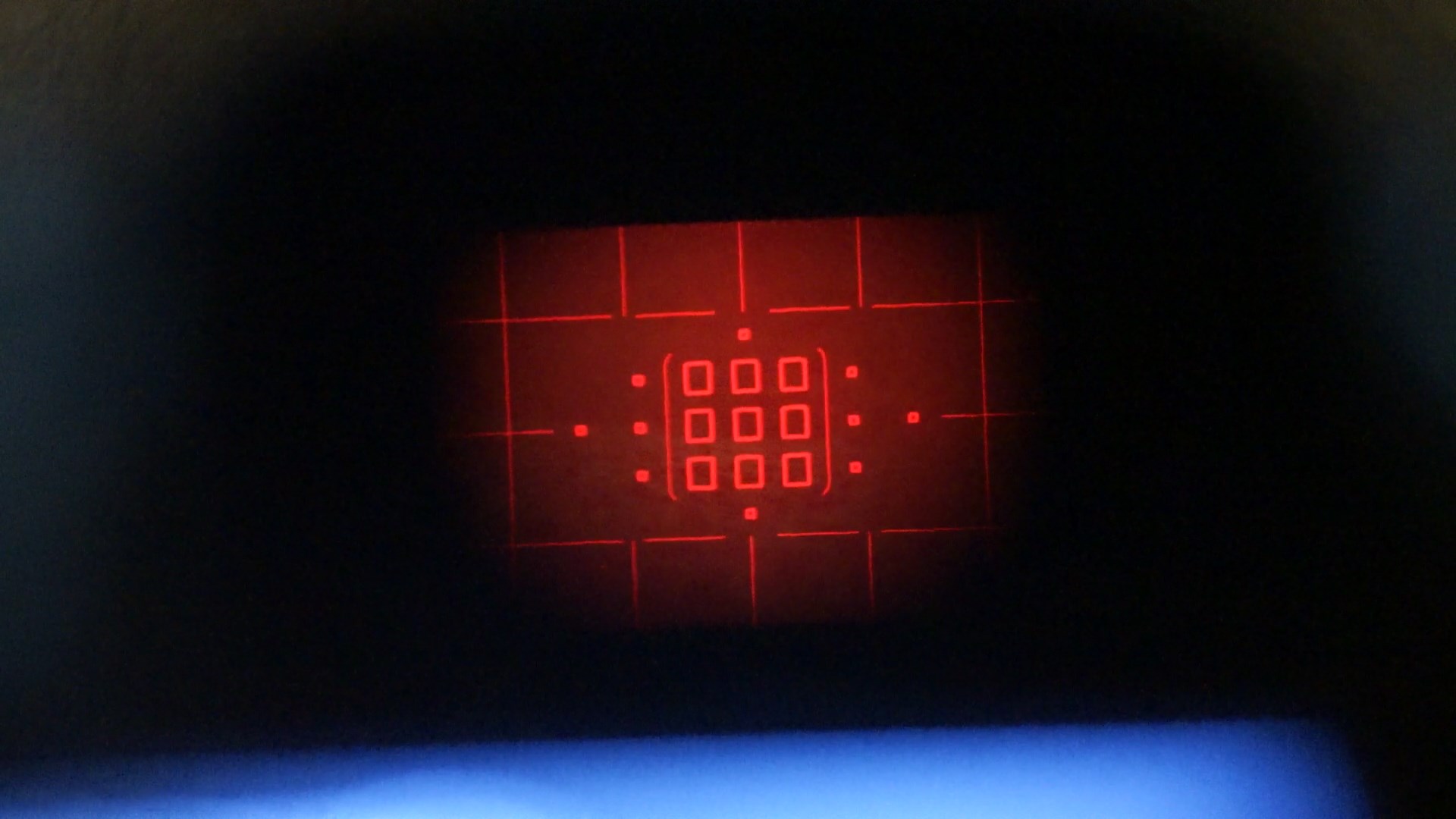 Viewfinder coverage is 100% of the frame. The Canon 7D cannot use interchangeable screens. The LCD will turn off if the battery is removed and the viewfinder image becomes cloudy. 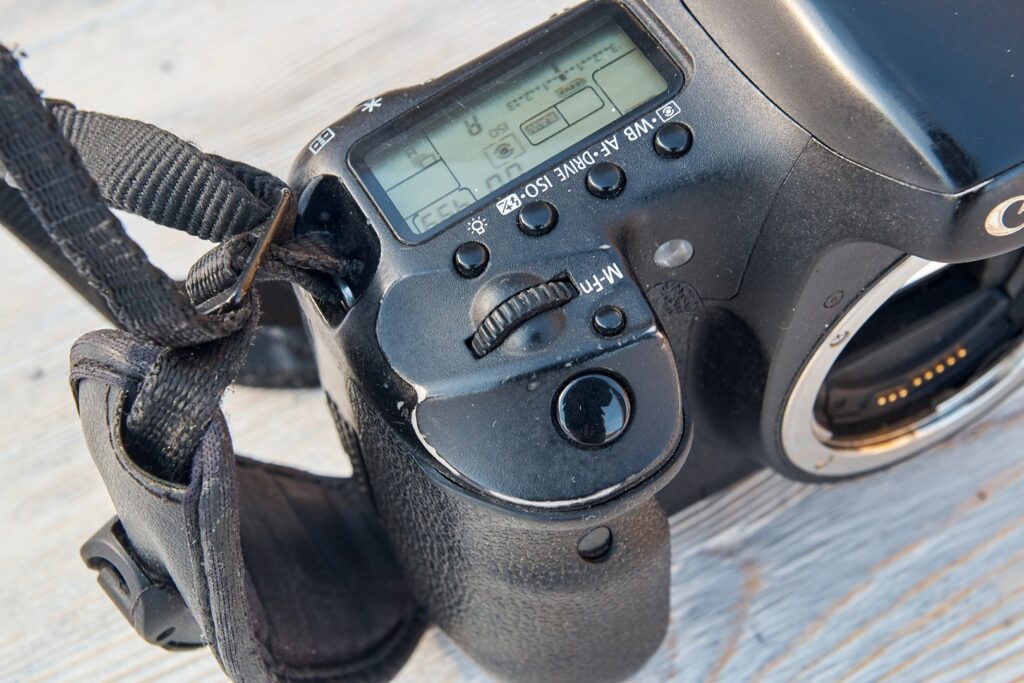 Screen as a viewfinder (LiveView)

In LiveView mode, you can select focusing modes: slower but more accurate using a matrix, or using a phase difference sensor. The latter, although faster, is slightly less accurate. Its use is also inconvenient because the image momentarily disappears from sight, since the phase sensor requires a lowered mirror. 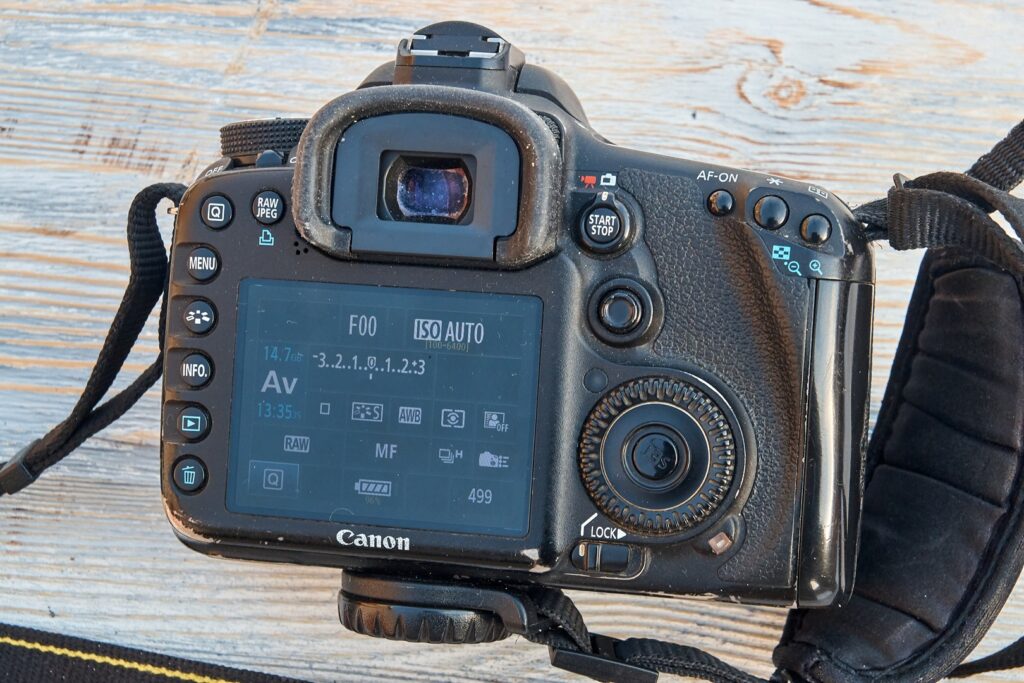 The menu is clear, as usual, not complicated. The information displayed depends on the operating mode of the camera. The colors, as in the cheaper models, do not change. It's a pity. I really liked the green color scheme. In the video mode, the photo settings are overwritten by the settings for the video mode. Custom functions are available through the menu, which allow you to reassign certain control buttons, set the step for changing parameters, and much more. "My Menu" allows you to bring frequently used functions to the general list. 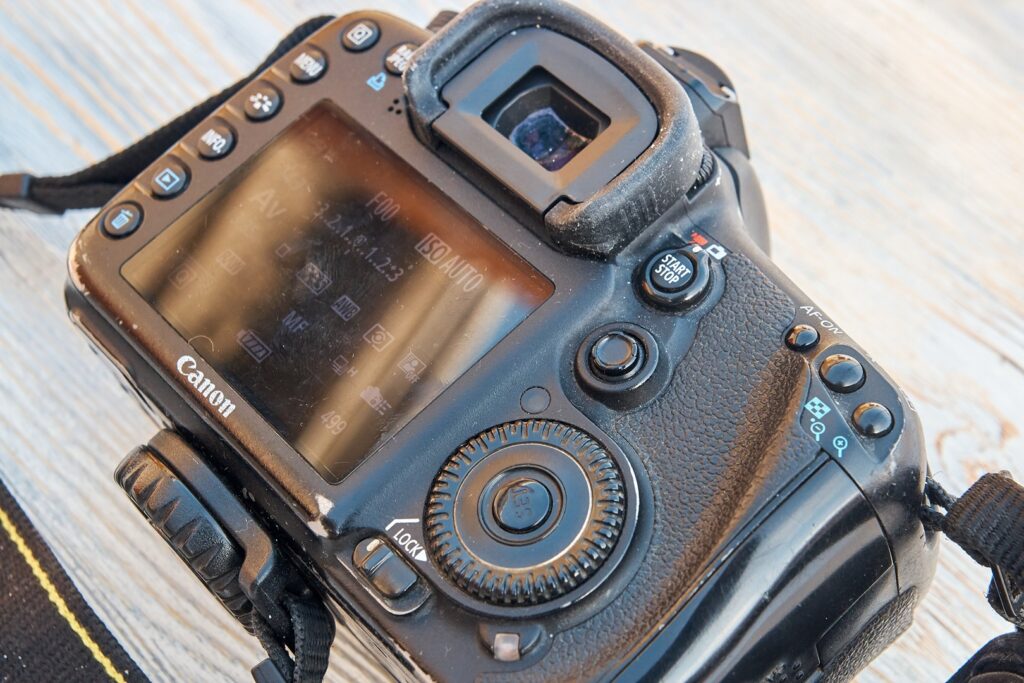 Canon 7D has a metering sensor similar to the EOS 5D Mark III and Canon 6D - iFCL, (more precisely, probably, on the contrary - 5dm2 and 6d have a sensor like the 7D, since they were released much later) 63-zone, two-layer. FCL stands for "focus, color, luminocity" and not only measures color and brightness data, but also analyzes the data provided by each point of the autofocus system.

Fast, through the viewfinder: 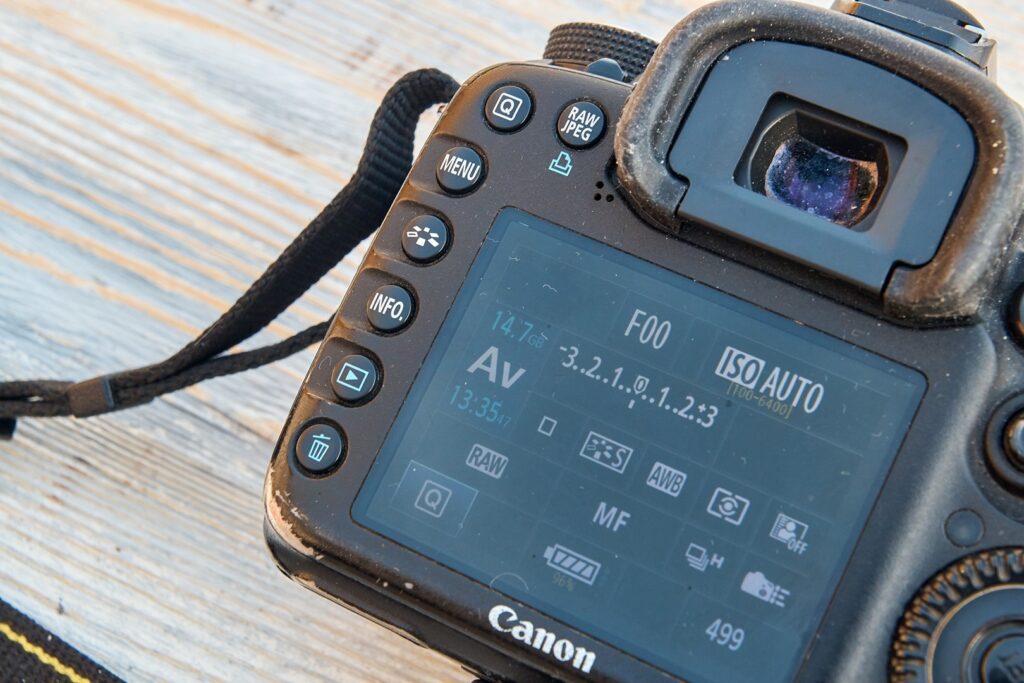 The tracking mode in the Canon 7D works very accurately. On the younger models, this is, after all, not at all the same. They cannot be adjusted for speed and focus accuracy when tracking. 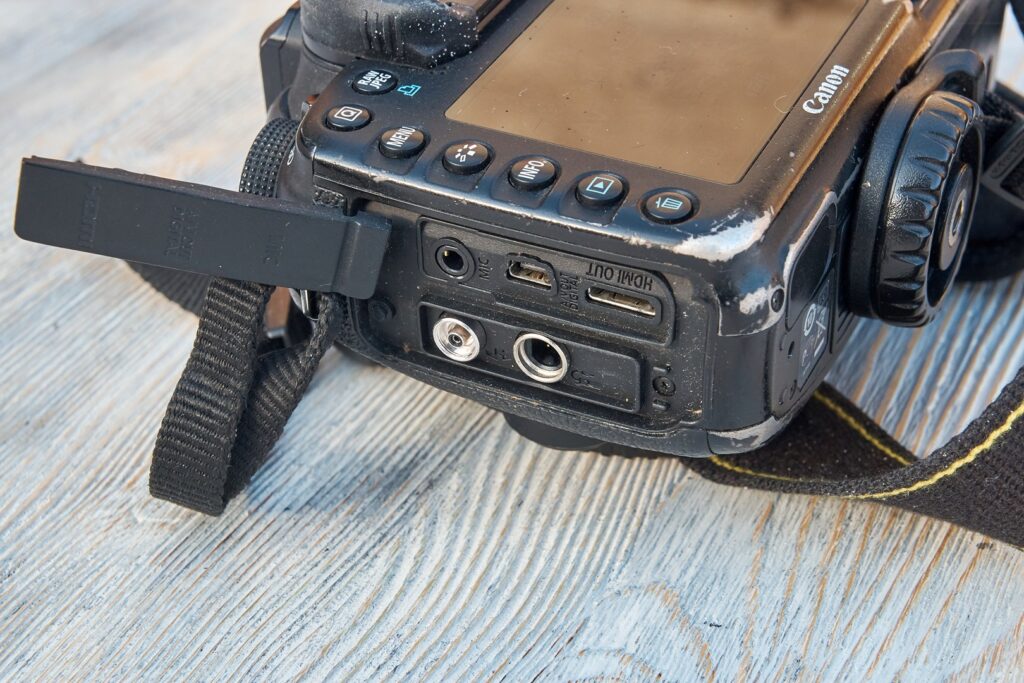 The shutter in the EOS 7D has a minimum travel of 100,000 strokes, a speed shutter is in the range of 30-1 / 8000sec (in 1/2-stop or 1/3-stop increments). With an external intervalometer, it is possible to set the shutter speed of any length. Canon 7D has multiple quiet release settings shutter. 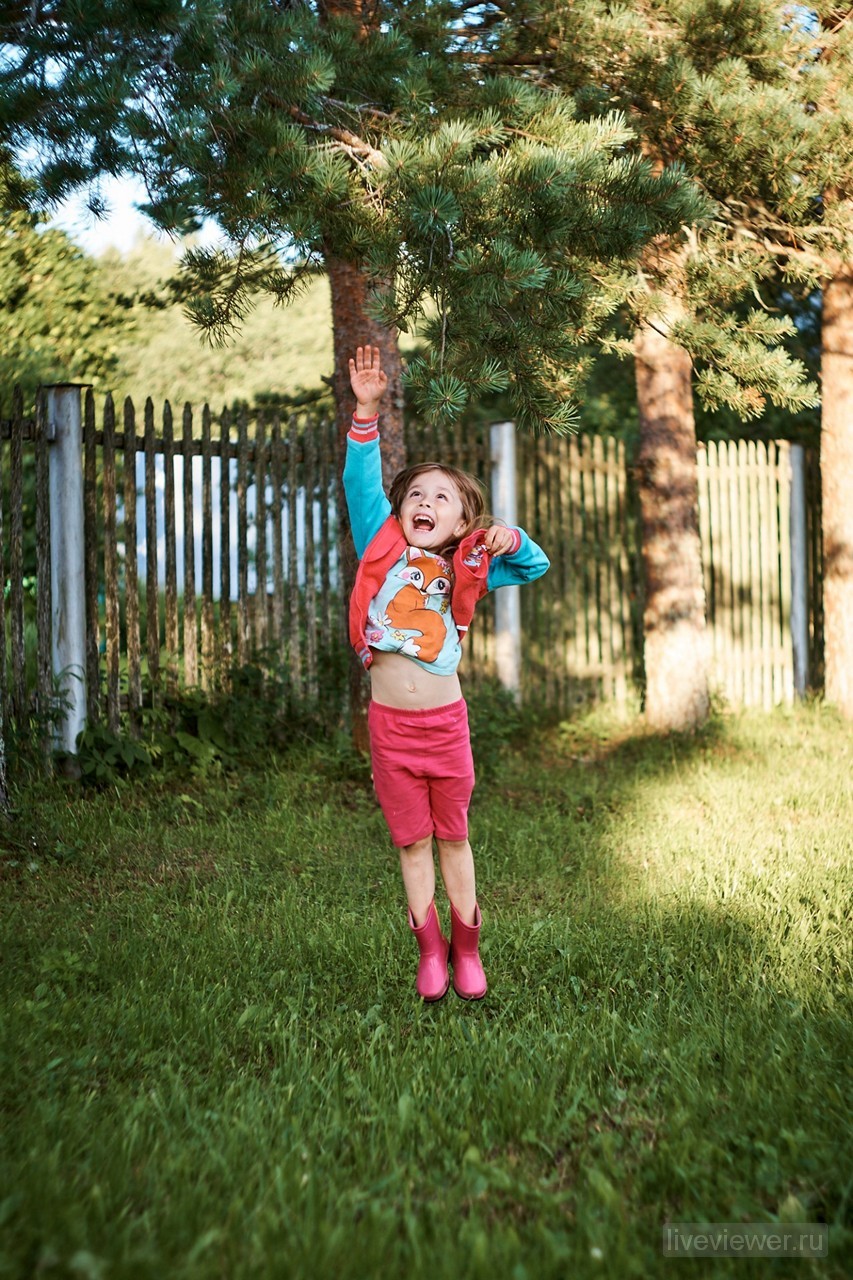 A full buffer on a CF card with a speed index of 133x takes about 40 seconds (520 MB RAW). To record videos of the highest quality, a memory card of the corresponding speed index is required. 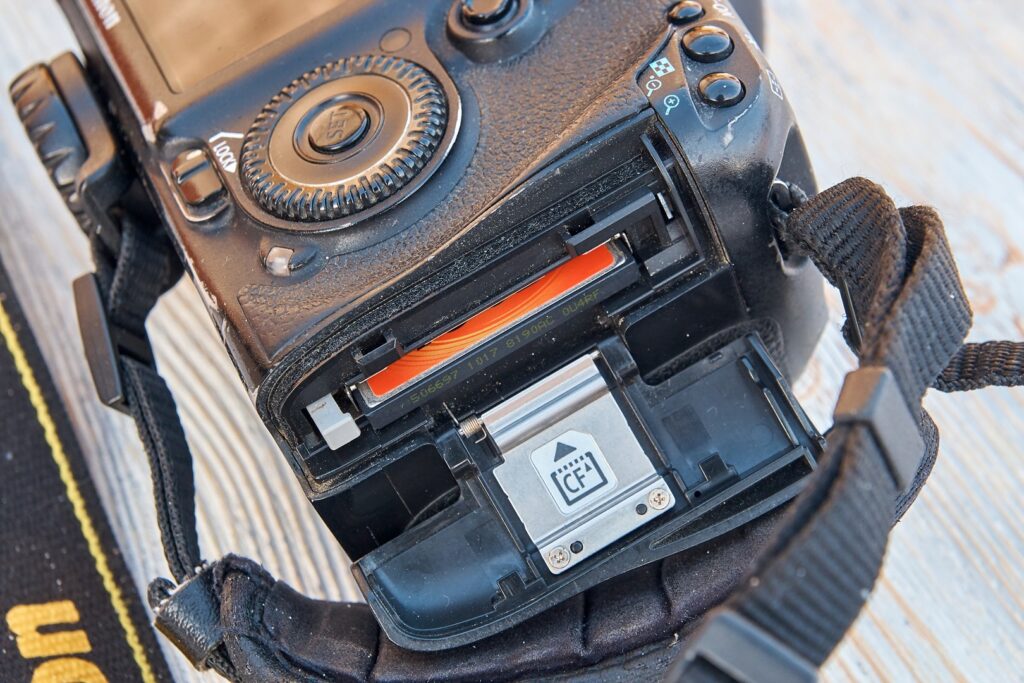 The camera supports all E-TTL II, E-TTL и TTL-OTF flash. External flashes can be controlled via a synchronizer or with a built-in flash. 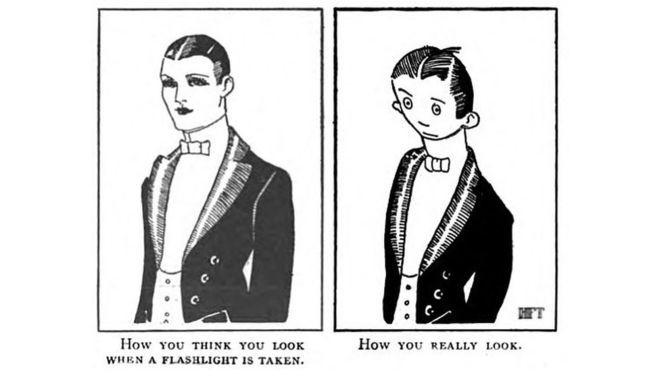 The Canon 7D uses an LP-E6 battery. This is a common type of battery form factor and shouldn't be a problem buying a new or extra battery. The battery lasts for 1100 shots. Battery level information is displayed on the secondary screen, in the display and in the viewfinder. You can view statistics on the number of photos taken on a single charge, as well as the exact level of charge as a percentage, in a special menu item. 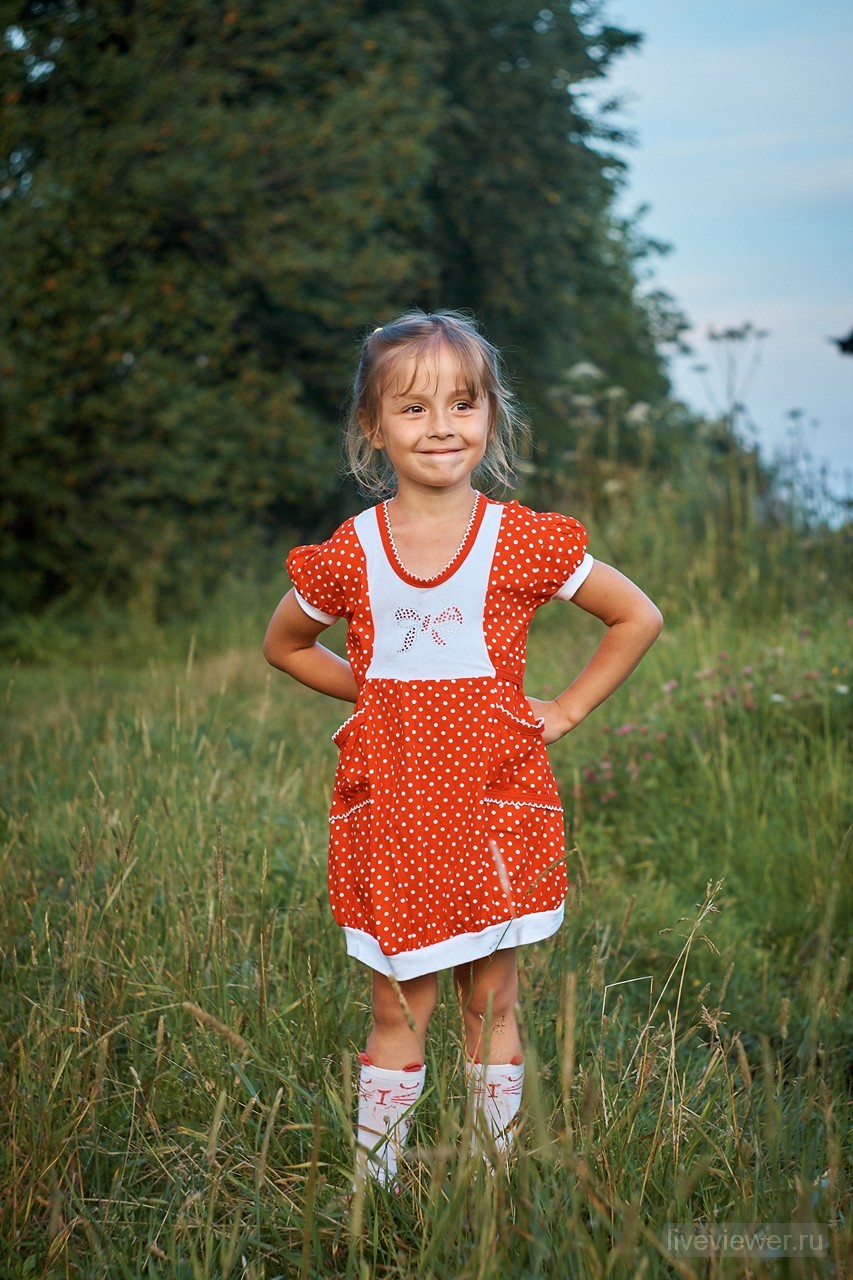 Canon EOS 7D is officially supported by unofficial Magic Lantern firmware, which expands the functionality of Canon cameras. If you are an advanced user, you have probably heard about this program. If not, then I recommend reading about it in my article in Russian about Magic Lantern. 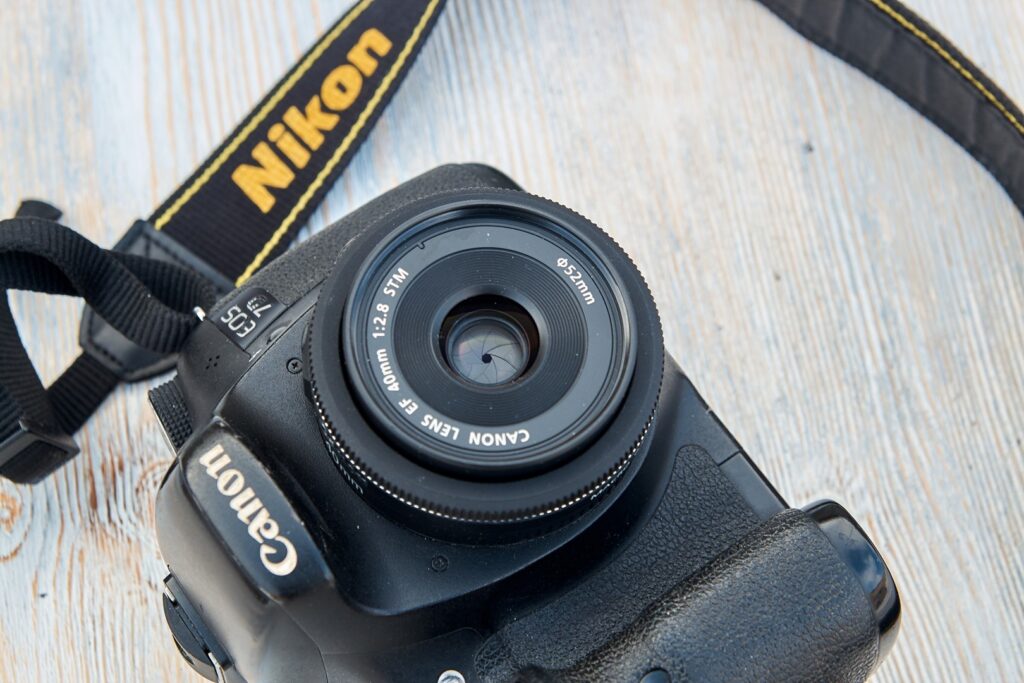 Allows work with old lenses. Without dancing with a tambourine, old lenses with M42 thread can be installed on the camera, through adapter M42-EF... It will be relatively comfortable to work with old lenses only in the aperture priority mode. In other modes, it is necessary to rely on the readings of the camera's exposure meter in order to correctly set the settings for the photo. For example, good photos come together Canon 7D + Helios 44m 58mm f2. 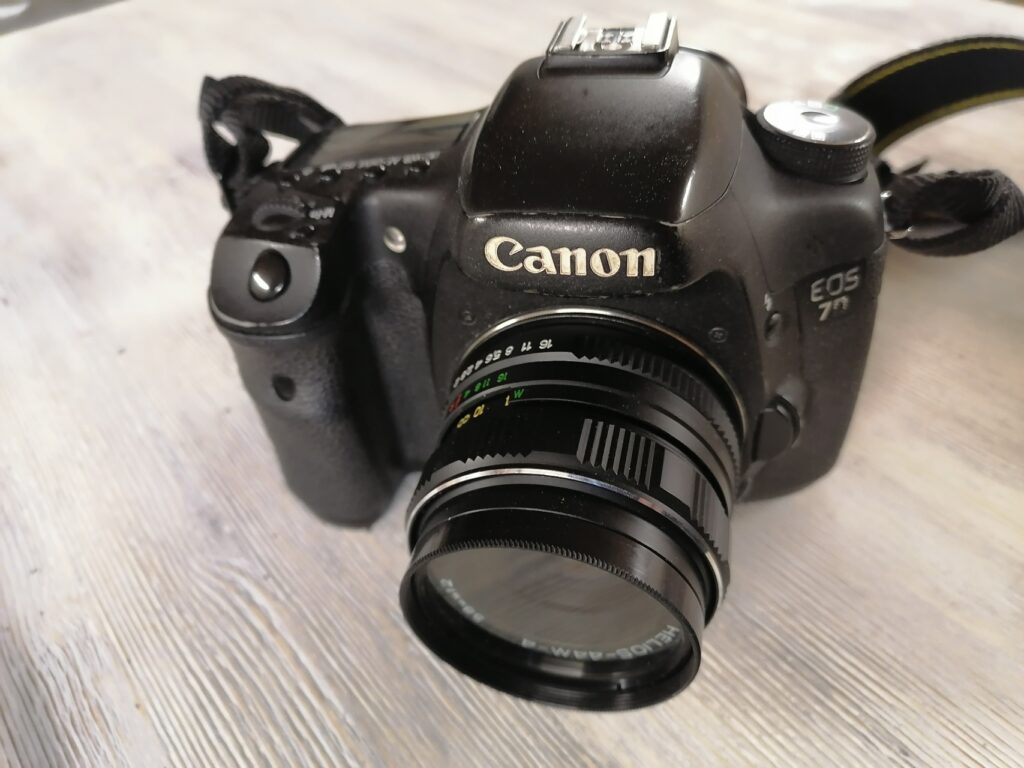 Range ISO, is 100-12 800. ISO The 3200 is fully functional and suitable for both print and full-size viewing on a computer. When zoomed in, excellent per-pixel sharpness is observed even when shooting in standard camera JPEG. On ISO 6400 and 12800 noises are many times more, and they are visible to the naked eye.

Good camera. At the moment, the most delicious offer on the market for used equipment among the crops. Its updated version costs a cosmic amount in stores, however, it does not provide a qualitative breakthrough. An excellent solution for a beginner and advanced hobbyist.

3 comments to “Review of Canon 7D. Examples of photos and videos "