Smena-6 is a scale Soviet camera produced by the LOMO association from 1961 to 1969.

In the early 60s, GOMZ began simultaneously producing three modifications of the Smena camera. These were "Change 5", "Change 6" and "Change 7", which differed in functionality. 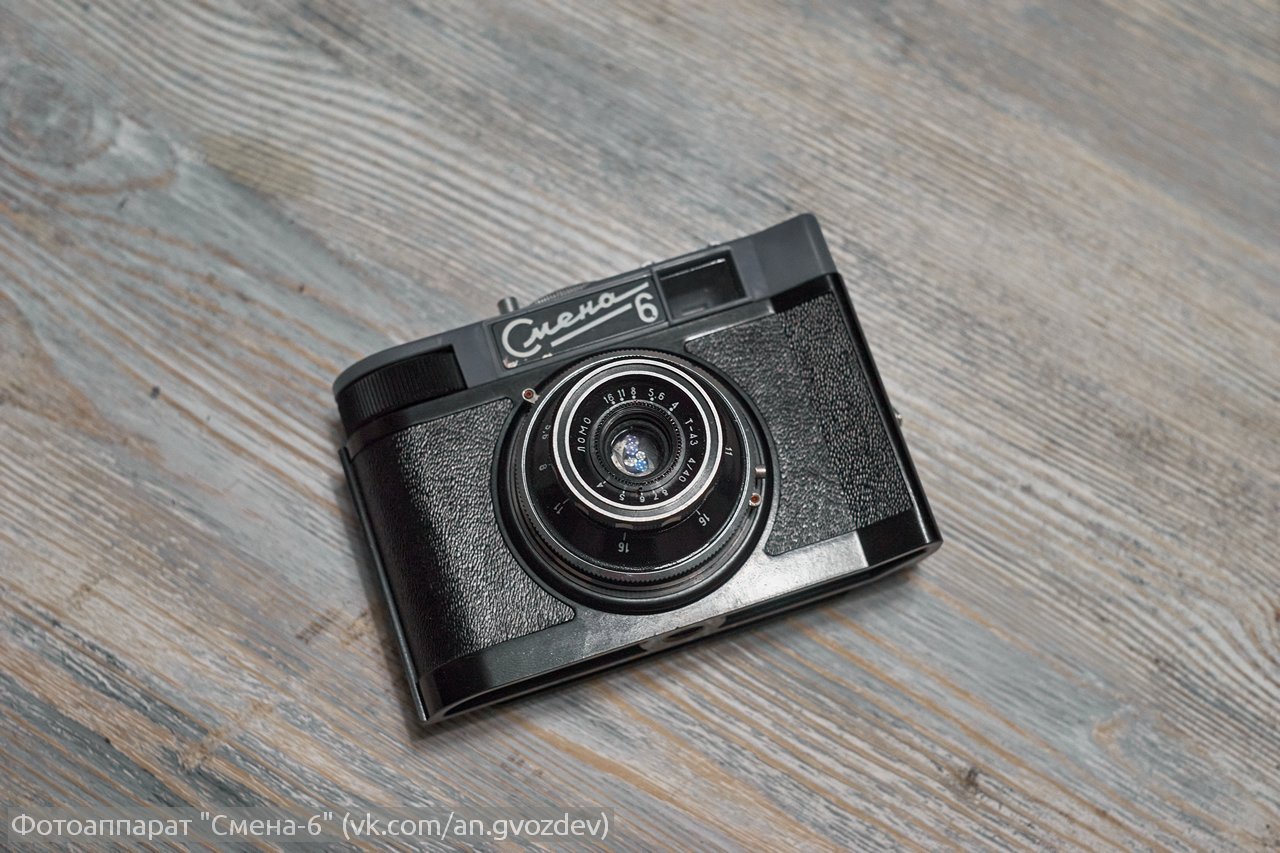 The Change 6 was considered the average model in the series and was a pretty good camera for very little money. This model was produced in the amount of 1 pieces. At the same time, a simplified (without self-timer) model "Change-992" was produced. Smena-546 is still made of high-quality plastic, but the design is different from the very first models. Over the years, many microscopic changes have been made to the design of this chamber. All of them are purely cosmetic. 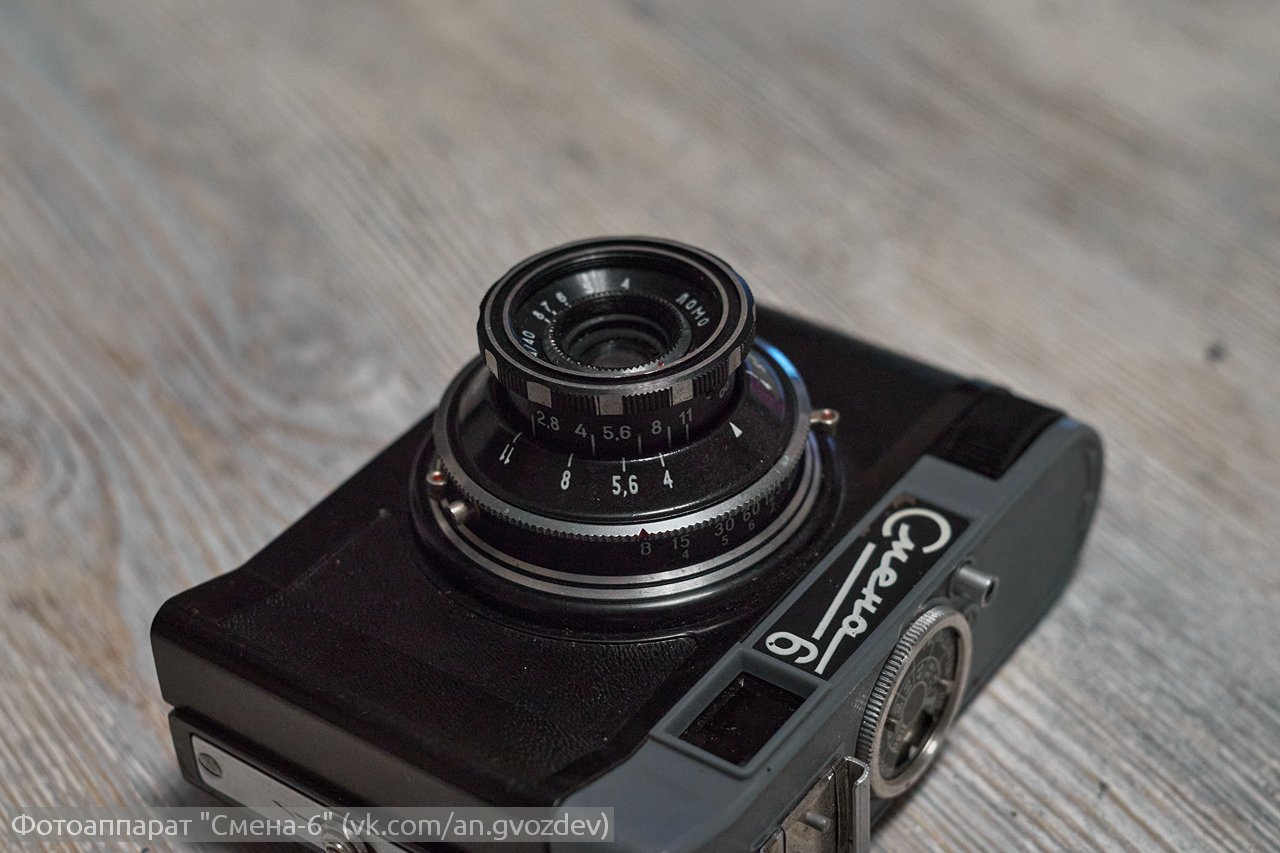 Of course, there are many "rare" and "collector" versions of this camera, but the main task of the camera is to take pictures, not the colors of the buttons or the design of the inscriptions. "Change-6" was completed with a triplet, non-replaceable and permanent T-43 4/40. Like previous models, the camera had a three-blade shutter with shutter speeds of 1/15, 1/30, 1/60, 1/125, 1/250 and B. It also had a self-timer and flash sync. Focusing is done on a scale of distances, but by supplementing the camera with a detachable rangefinder, you can greatly simplify your task and get into focus more easily. 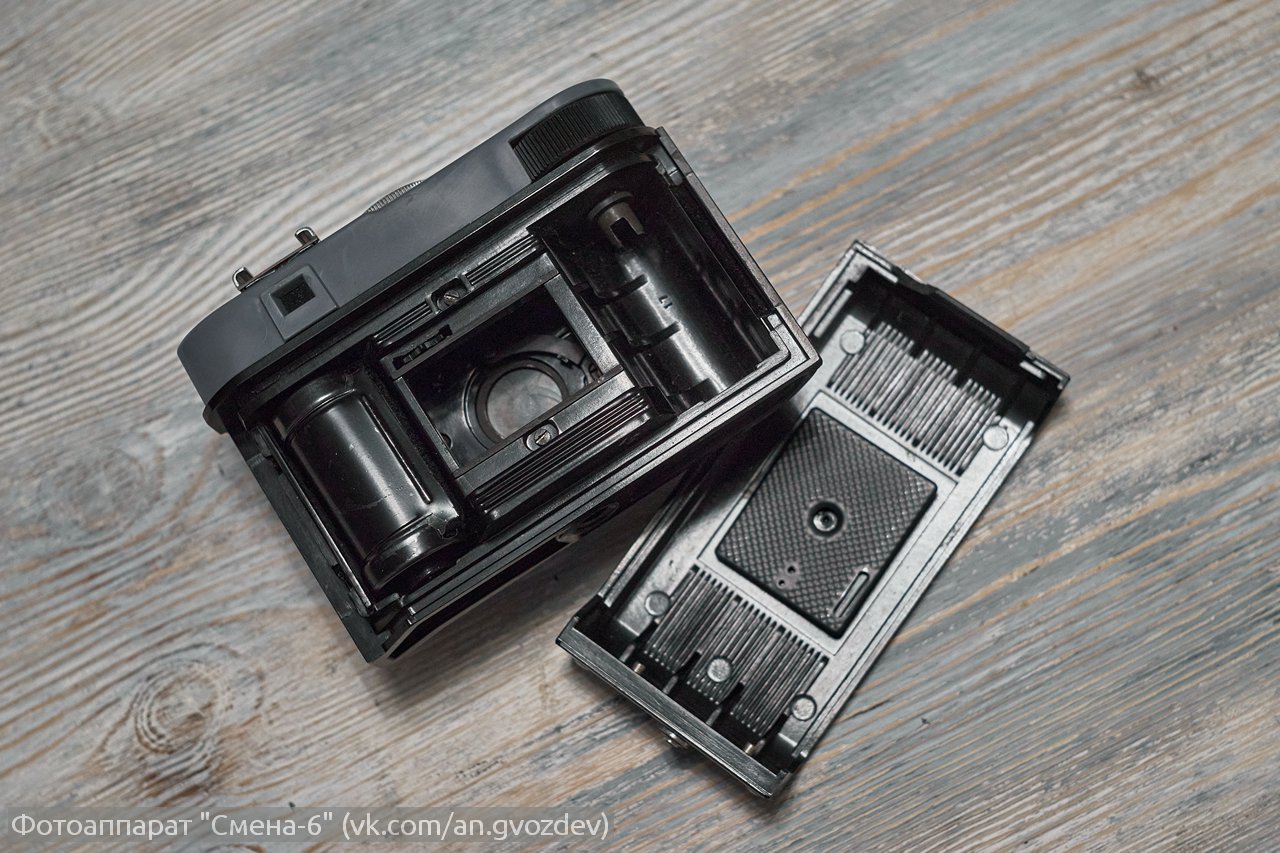 The camera is very convenient in that it has a large film rewind knob. Sufficiently comfortable and ergonomic (for the 60s) shape of the body slightly simplifies the process of taking pictures. On top of the camera is a frame counter with a reminder of film speed, a shutter button and a cold shoe for attaching additional devices. The back cover is completely removable, unlike the later and well-known Change 8m, in which the back cover opens like a door. The camera has a very bright viewfinder, but due to parallax, photos don't always turn out the way you see them in this very viewfinder. 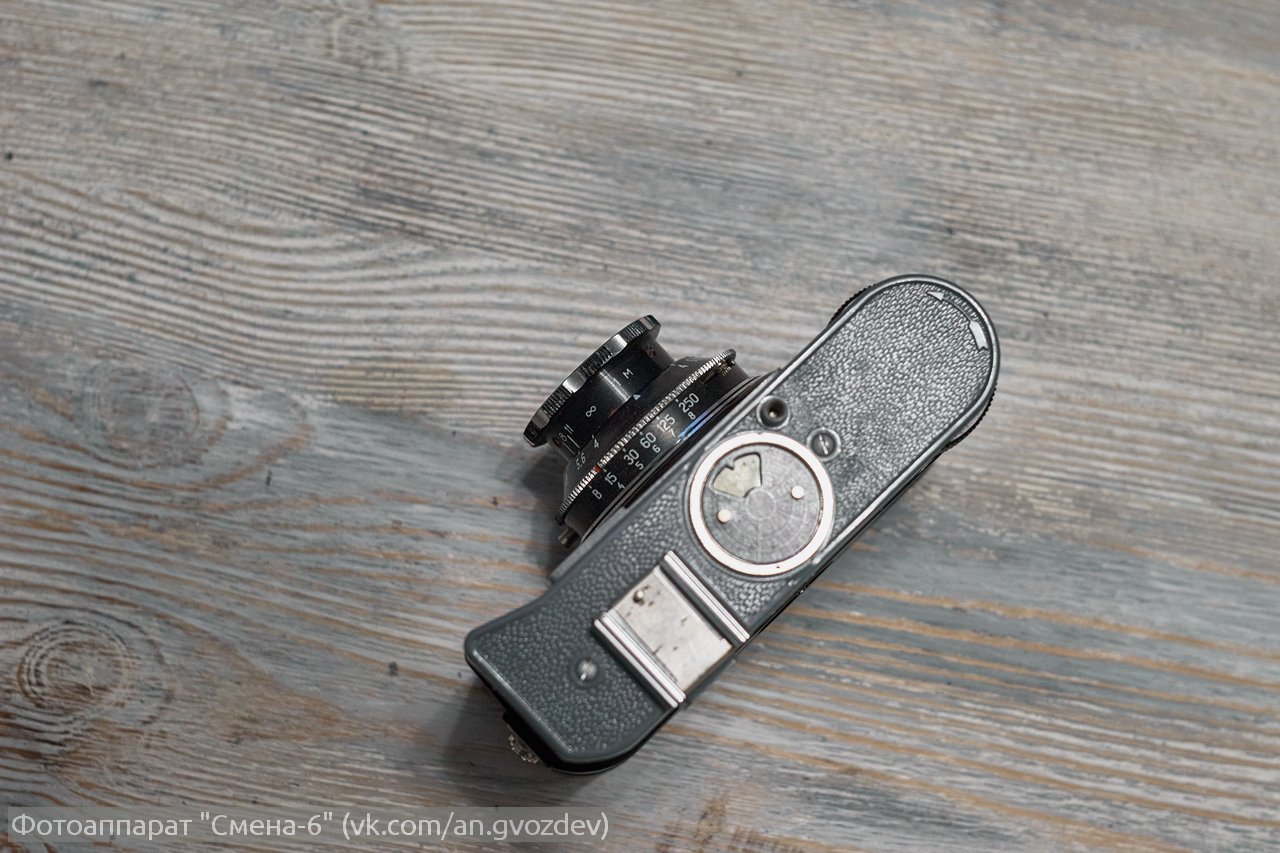 Most of the camera's controls are located around the lens, and the style is reminiscent of the good old widescreen cameras or amateur cameras produced in the same factory and also armed with central shutter triplets. 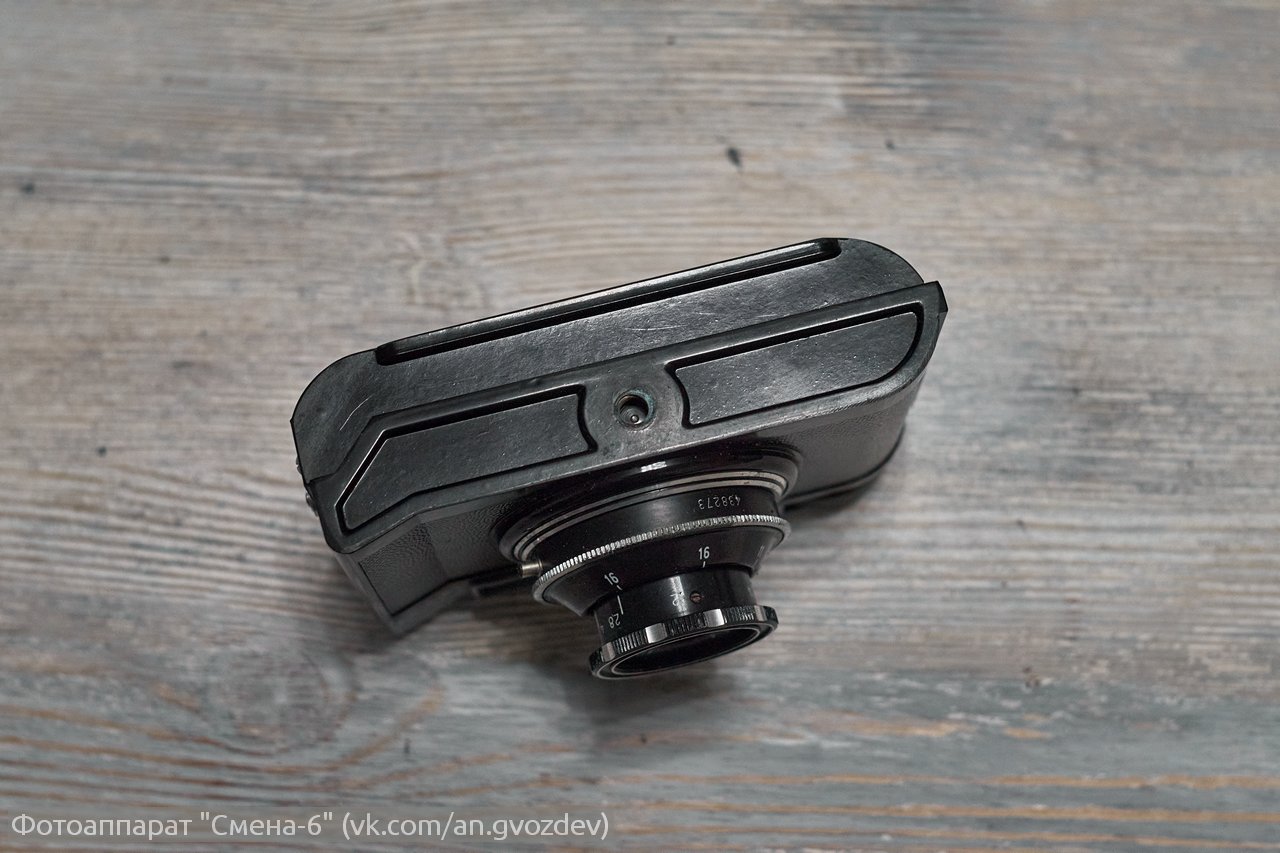 Shift 6 is practically no different from all other cameras of this brand. She has the same set of shutter speeds, almost the same lens. The camera is very interesting not only as a collectible, but also as a great tool for creating beautiful photos.

Sample photos can be found in the article about the lens T-43 4/40 from Smena-8M, since the camera is just a box. In this case, it's really a box, without any frills. The most technologically advanced in it is the shutter.