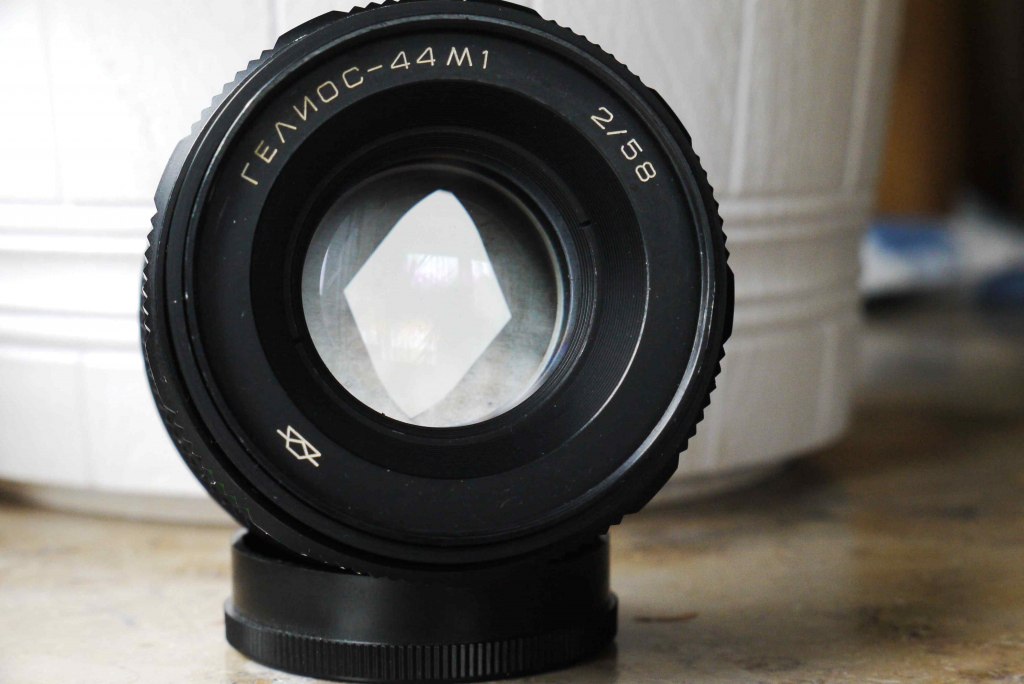 G-44M is found on trading floors with and without MS, and a model with 50mm focal length, f / 1.8 and multi-coating. Versions of some models with multi-coating are less common than usual (44M, 44M-4). Production KMZ, Plant "Jupiter"

Staffed for f / a Zenit-212K (bayonet Pentax), with and without auto-manual aperture mode switch. Calculated by P.A. Lapin. 6 aperture blades. MDF 0,5 meters, multilayer coating. You can put a back from a faulty 44M-4 (6, 7) and this lens will fit on the M42. KMZ production.

An experimental lens with two aperture blades and a square aperture was to be supplied with Zenit-122 cameras. But it didn’t grow together. KMZ production.

Produced at the Valdai plant "Jupiter", the Vologda Optical and Mechanical Plant. It has the best indicators of sharpness and resistance to backlight among Helios. Structurally - the same Helios 44M-4, but with a maximum aperture of 1: 1.8.