Many have been waiting for the new Canon 50mm f / 1.8 STM for a long time, and it turns out to be a significant upgrade while maintaining the same ultra-small size and weight. The 50mm f / 1.8 II was an extremely popular lens, primarily because of its wide aperture and good image quality at a very low cost. Canon celebrates 25 years lens EF 50mm f / 1.8 II with the announcement of its replacement - the Canon EF 50mm f / 1.8 STM lens. 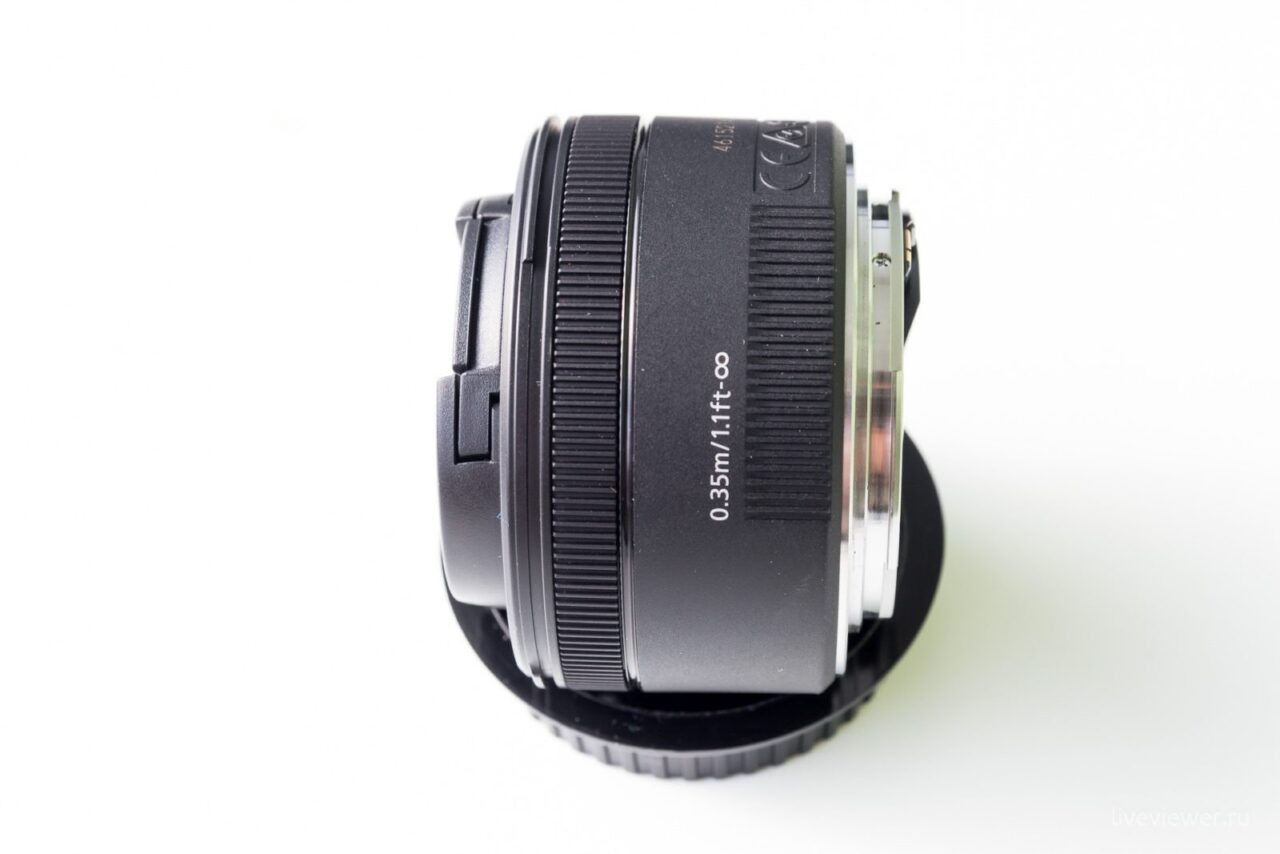 The line itself, as such, is almost a quarter of a century old. With the update, the lens received a new focusing motor, the design was changed, and the metal mount to the camera mount returned again. The previous modification, oddly enough, with the image quality was not so bad as with the autofocus motor. The appearance was also not for everybody. The Canon 50mm f / 1.8 STM gets rid of the plastic toy effect, and the redesigned design adds more rigor.

Canon EOS EF mount lens. Fits on all cameras with EF mount (since 1987) and EF-s (since 2003). Mirrorless digital cameras of other systems can be installed using an adapter. Read the article about adapters. 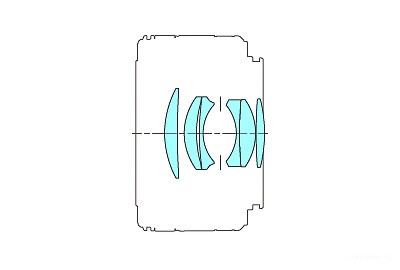 Despite the fact that optically Canon 50mm 1.8 STM and Canon 50 / 1.8 II are almost identical lenses, the company has redesigned the model and added improvements. The main differences are:

When it comes time to choose a lens according to certain criteria for the task, the paramount importance in the selection will be (in addition to the price) its focal length... The focal length determines the angle of view and perspective required when framing an image before taking it. The 50mm focal length has many uses. The 50mm result on full-frame DSLRs brings us closer to the same angle of view that we see with our own eyes. Not for nothing in the days of film photography, the most popular focal length was 50mm. Based on the fact that leading manufacturers Canon and Nikon have several lines of 50mm lenses in production at the same time, we can conclude that this focal length is still popular today. 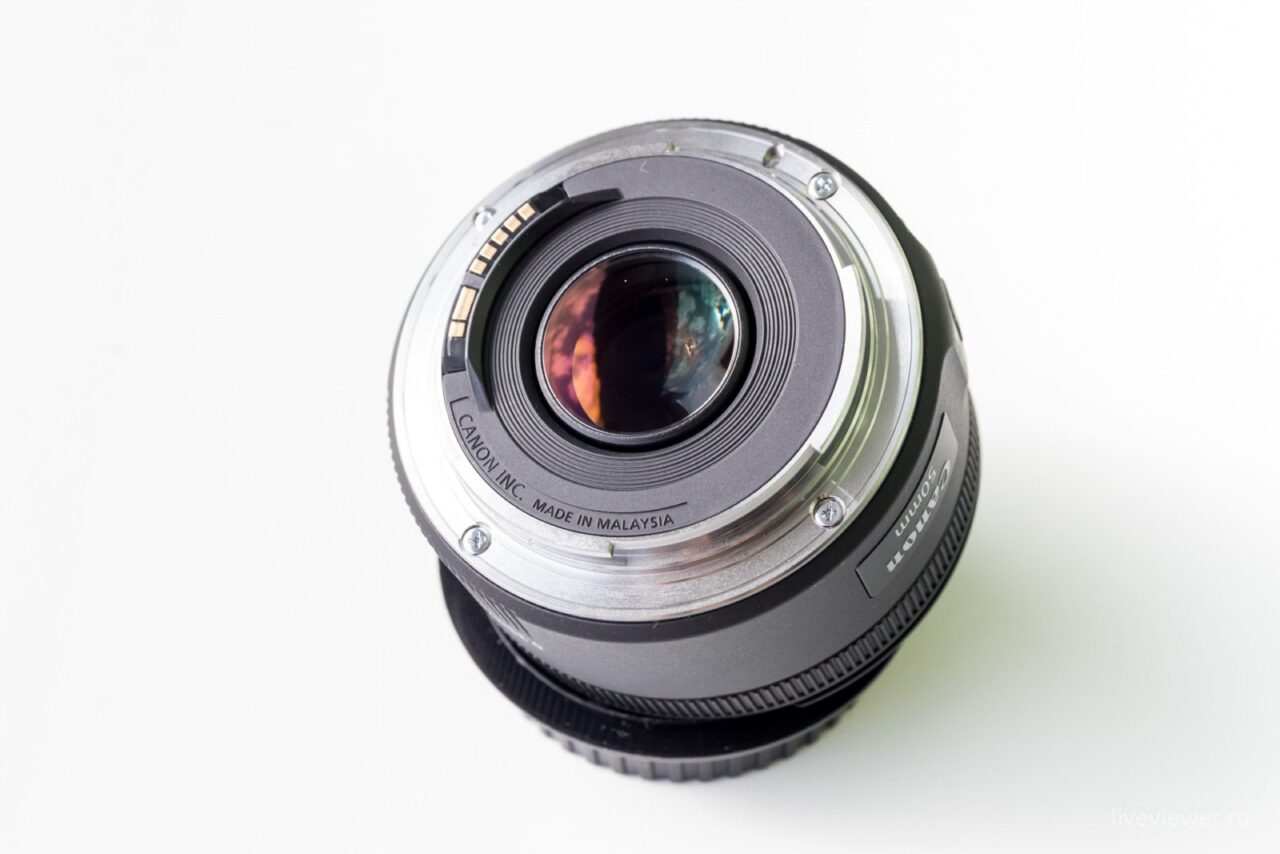 50mm lenses are often used in fashion, portraits, weddings, documentaries, imagery, sports, architecture, landscape and general photography, including studio photography. The main subject of 50mm photography, of course, is people. The Canon 50mm f / 1.8 STM, used on a DSLR with a full-frame sensor, is too wide for a head-up portrait, but not a bad choice for a half-length and full-length portrait. 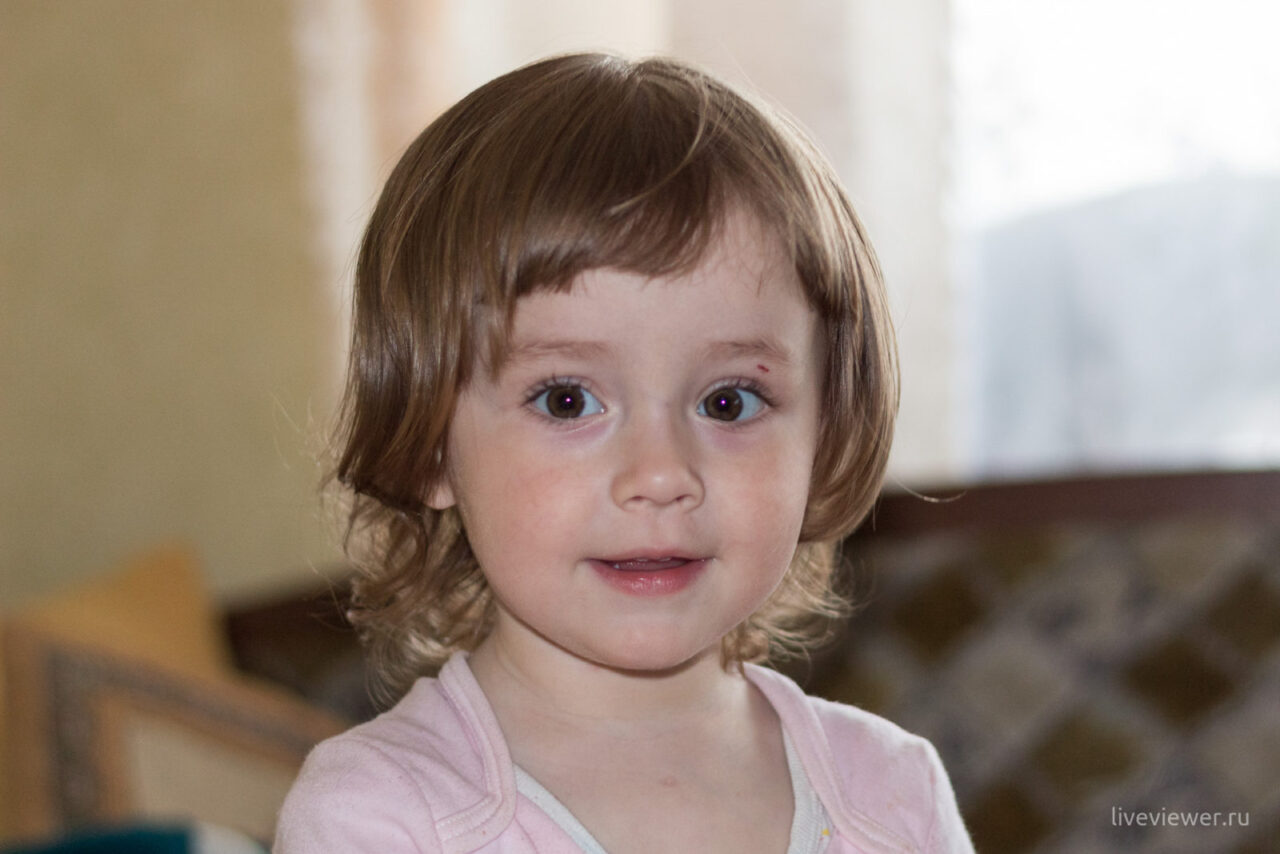 A Canon 50mm f / 1.8 STM mounted on a camera with an APS-C 1.6x sensor has an angle of view equivalent to an 80mm lens. This reduced angle of view is, of course, applicable for the same purposes, and even retains a good perspective in this direction.

In the title lens "STM" is listed for a reason. The AF system is implemented on a step-by-step basis. Electronic manual focusing lens available by switching the switch on the housing to MF mode, always while the power is on. Focus adjustment is available in AF mode. Moreover, in the mode DOFV manual focusing does not work. The focusing ring and the AF-MF switch are flush. The ring rotates smoothly and without jerking (useful when shooting video). At the same time, the lens does not keep up with the sharp change in focus in manual mode. 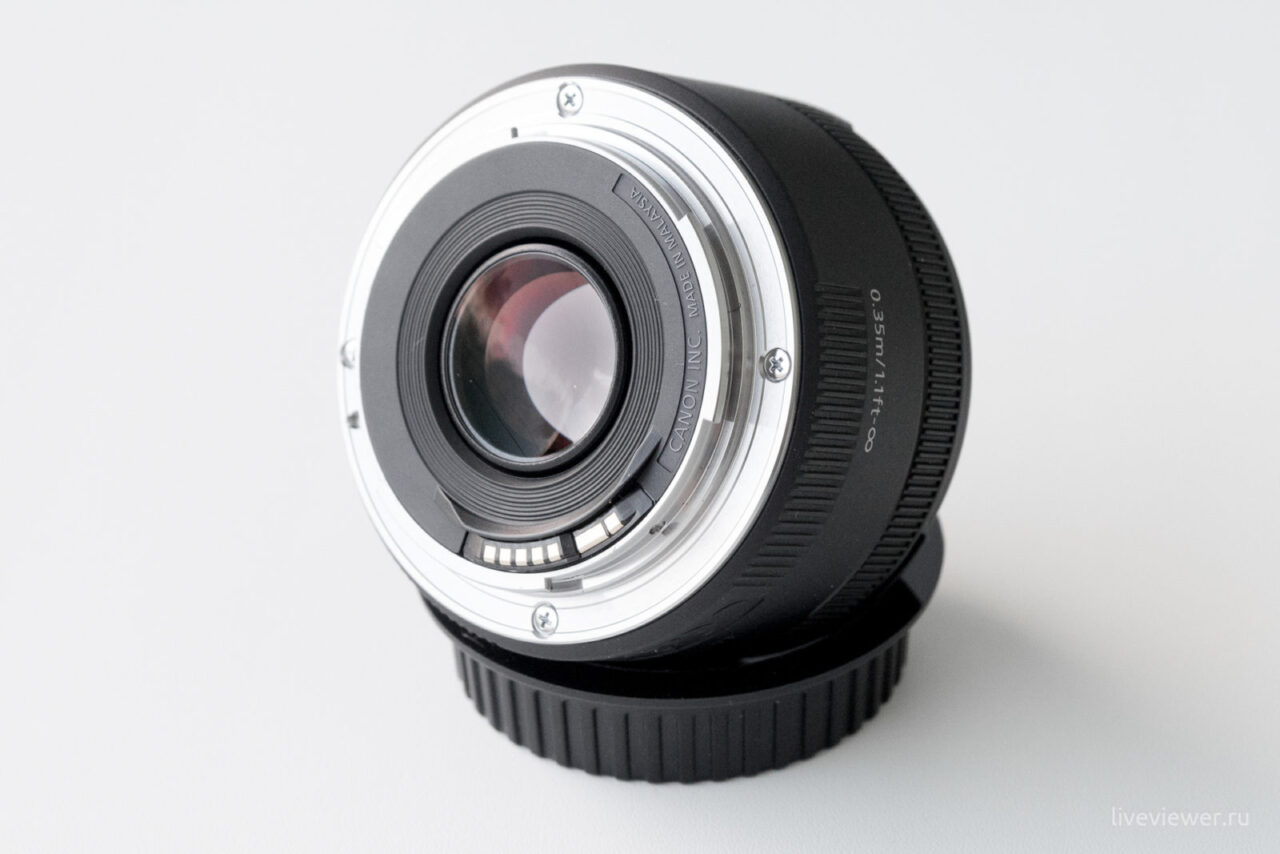 The front lens moves with the body and protrudes from the inside by 7 mm. The lens unit does not rotate, which gives an advantage when using polarizing filters. 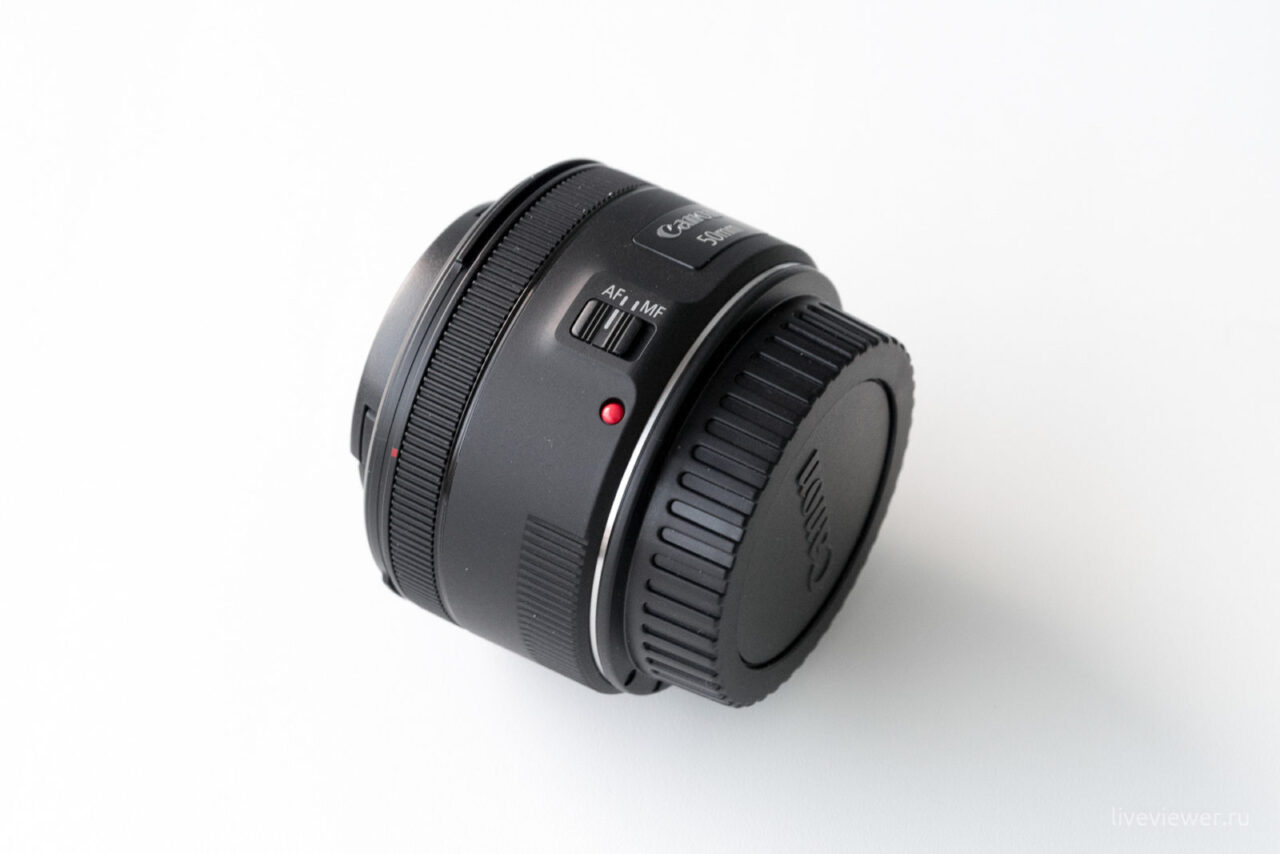 On the Canon 50 / 1.8 STM no focus scale and calculator DOF... There is no room for the distance window, and since the focusing ring is not directly connected to the lens unit (as with most modern lenses), there is no point in printed markings. Most modern autofocus lenses do not have a depth of field calculator and other marks. I don't think it is foreseen in the future either.

Canon's top lenses to date receive USM ring systems, and the rest receive STM. Ring USM lenses generally focus faster and have certain advantages, including always-on manual focus (even when the camera is off). But there is still an advantage of the STM system over the USM focus. This is (besides the low cost) smooth focusing, especially when using Movie Servo AF. 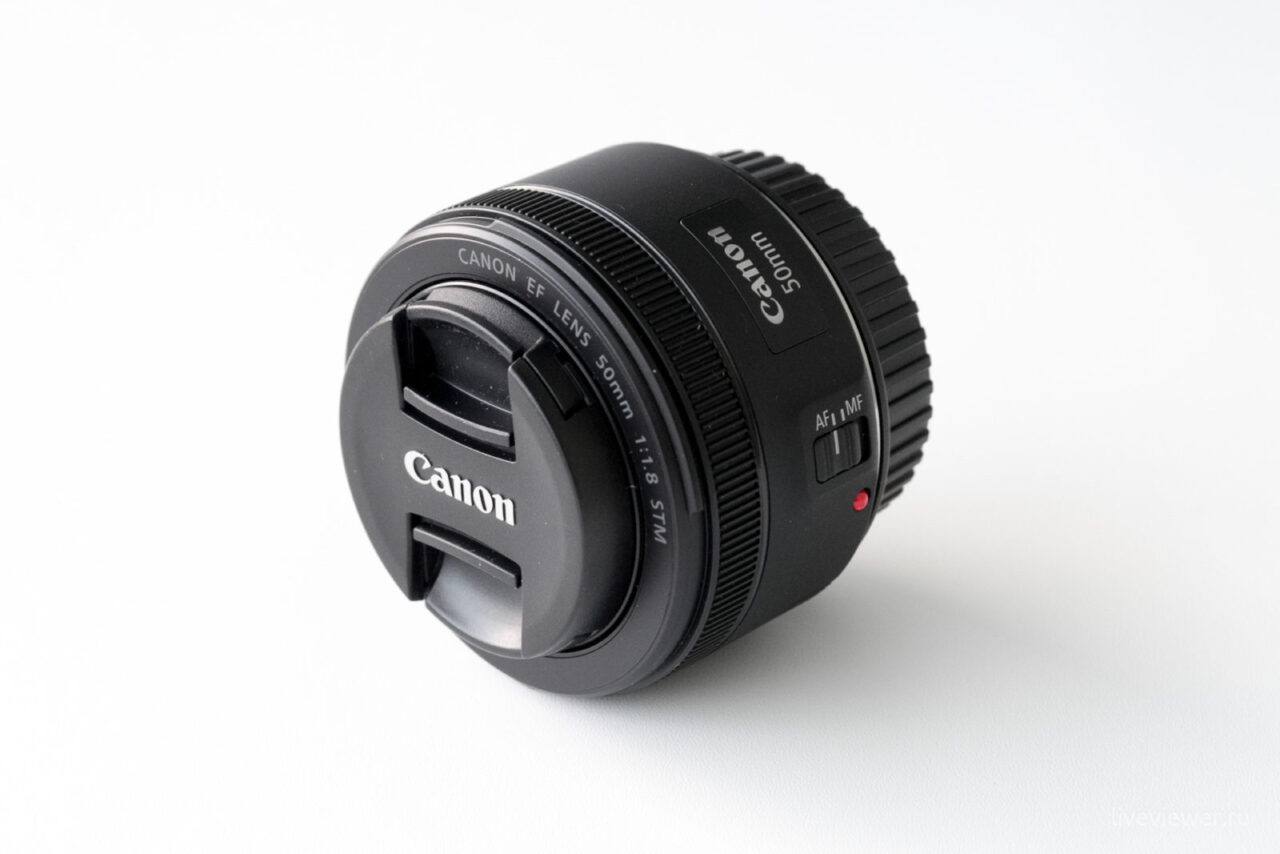 Perfect sound lens AF will of course be quiet, but ... AF moves parts and moving parts tend to create at least some noise. In this case, the STM is heard and heard enough for the microphones on the camera to capture it. 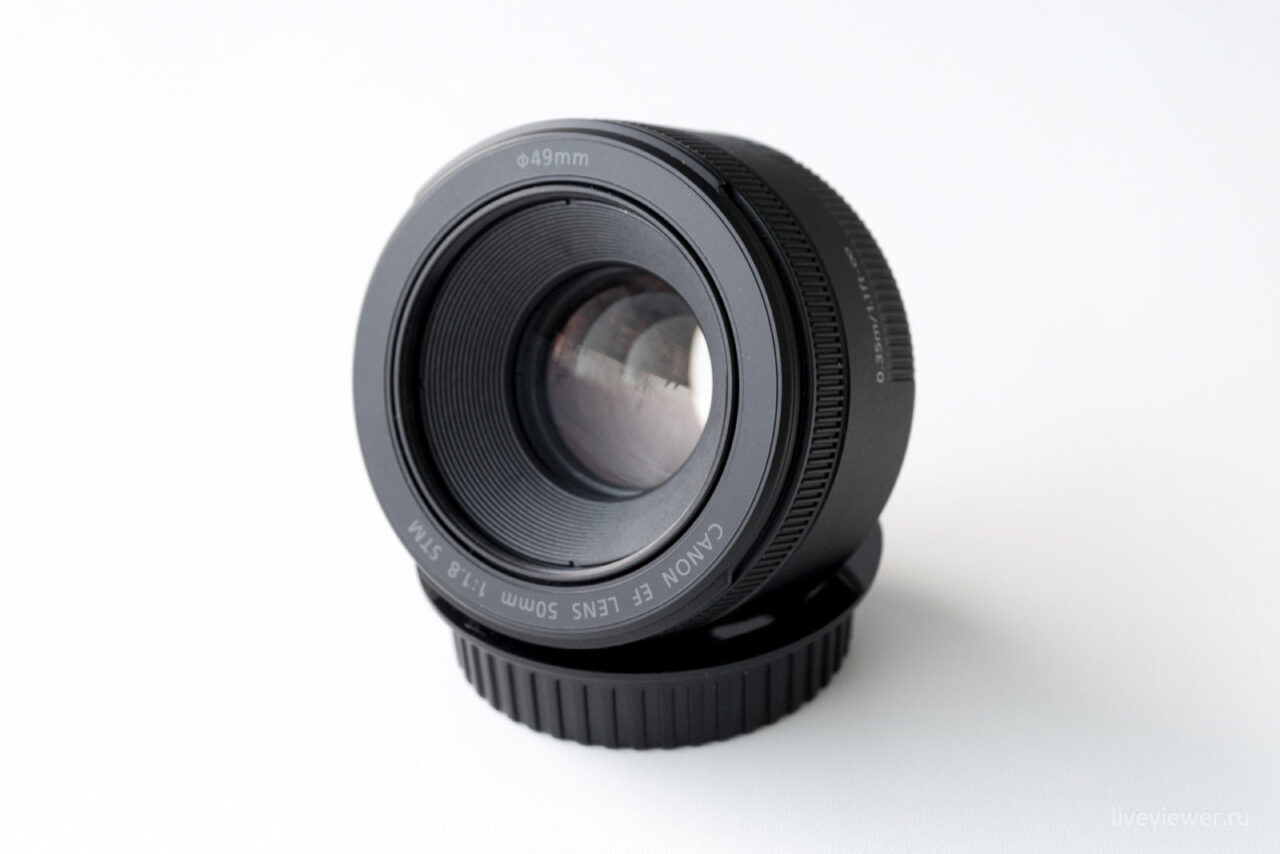 In terms of focus speed comparison, both 50mm f / 1.8 lenses focus at the same speed ... unless one or the other makes adjustments after the initial focus lock (crying smiley). With the new model, due to the STM motor, of course, these adjustments are not so frequent, therefore, we can assume that the AF system update was beneficial.

Autofocus speed for most will certainly not be a reason for purchasing this lens, but its accuracy may well spur to replenish the park. In difficult conditions, on cropped cameras, using this lens it is possible to shoot defects, especially at an open aperture. 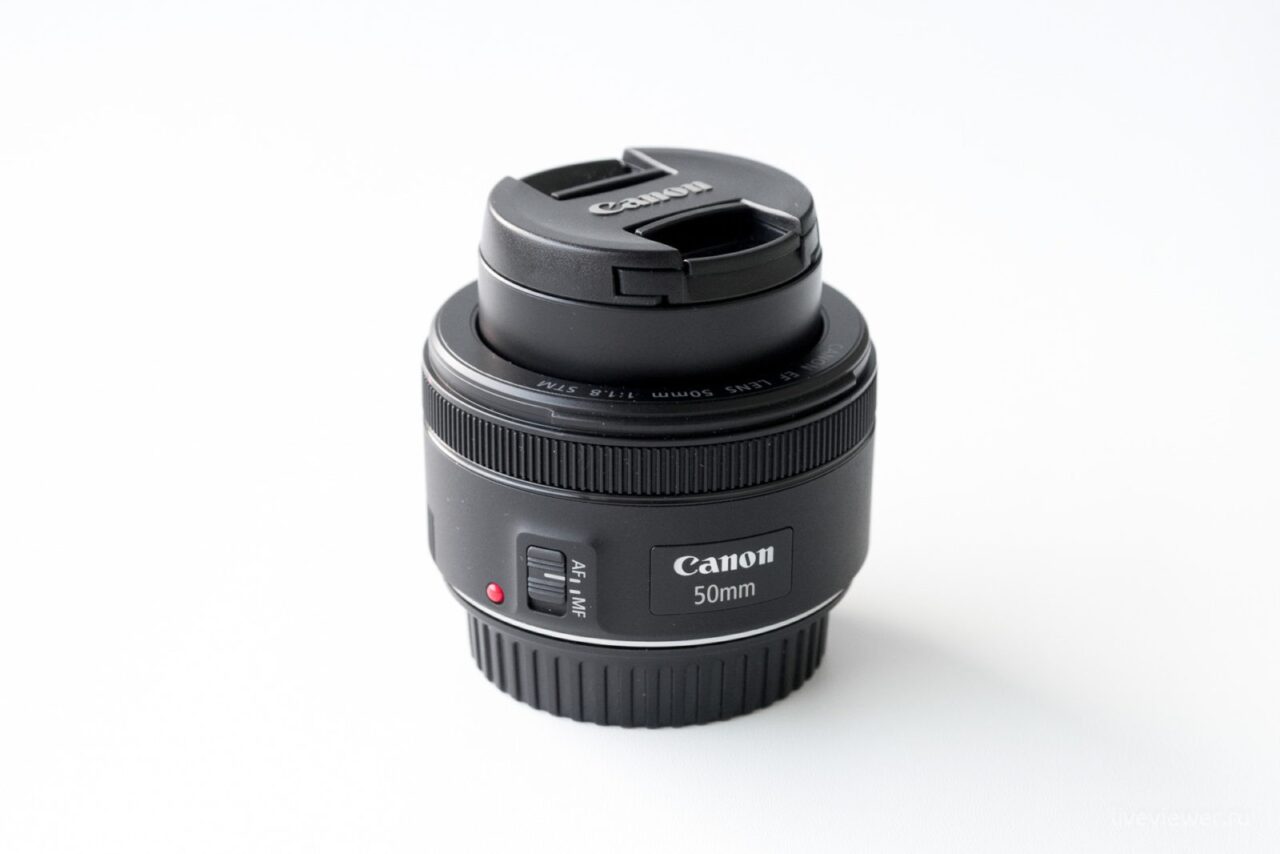 If anything, the lens is not compatible with Canon extenders.