Thanks to the photographer for the copy provided for the article. Slava Terebov. 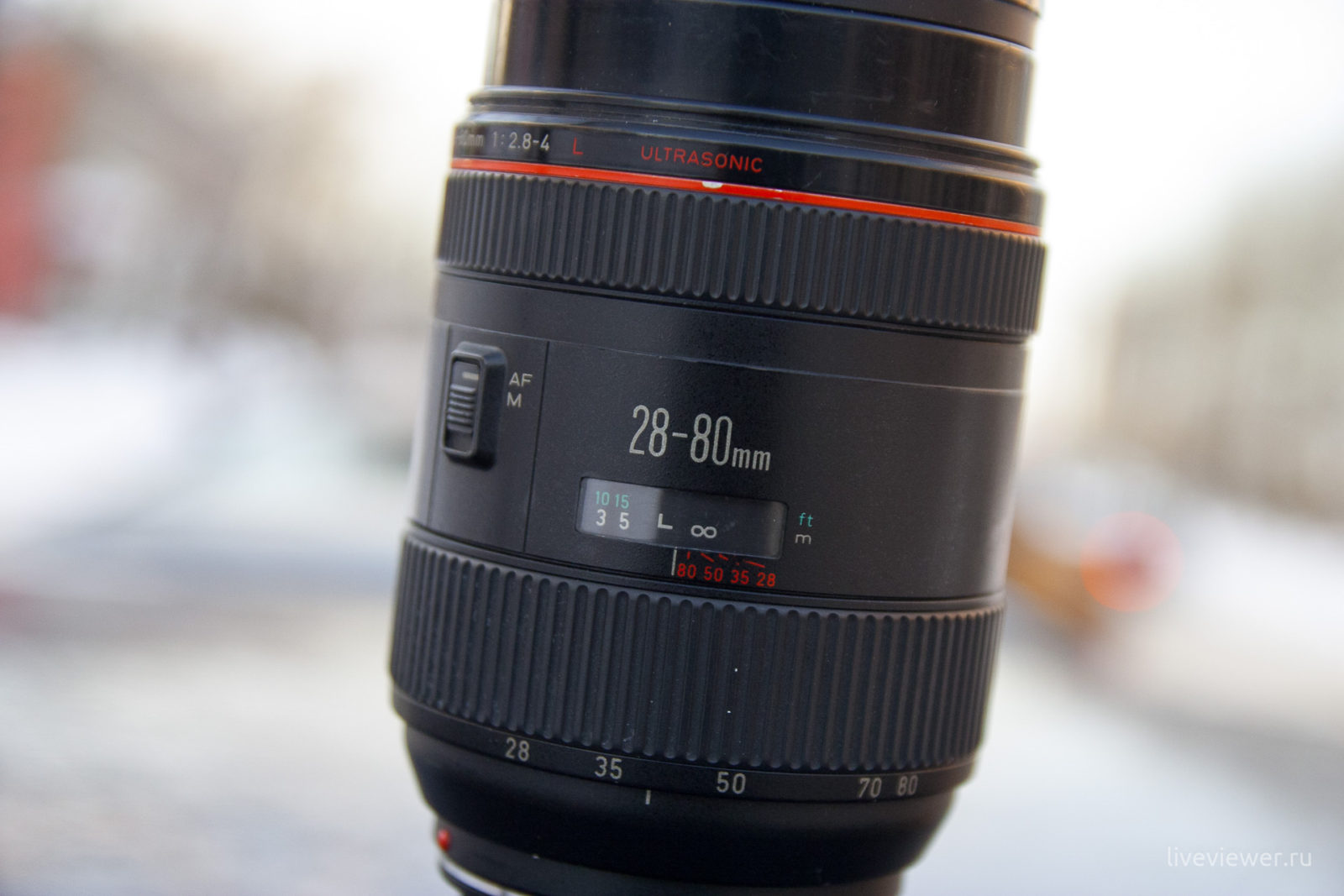 The lens is pleasant in all its aspects. Despite the fact that he is over 20 years old. The first thing you pay attention to is weight. Almost a kilogram of a solid lens in hand. The second is the diameter of the seating thread for the light filter, which is practically the diameter of the objective. Towards the shank, the body diameter is reduced, ending in a metal Canon EF mount with electrical contacts. Also noticeably convex rear lens. The lens does not move during focusing or zooming. As, for example, on Canon 70-200 f4L. 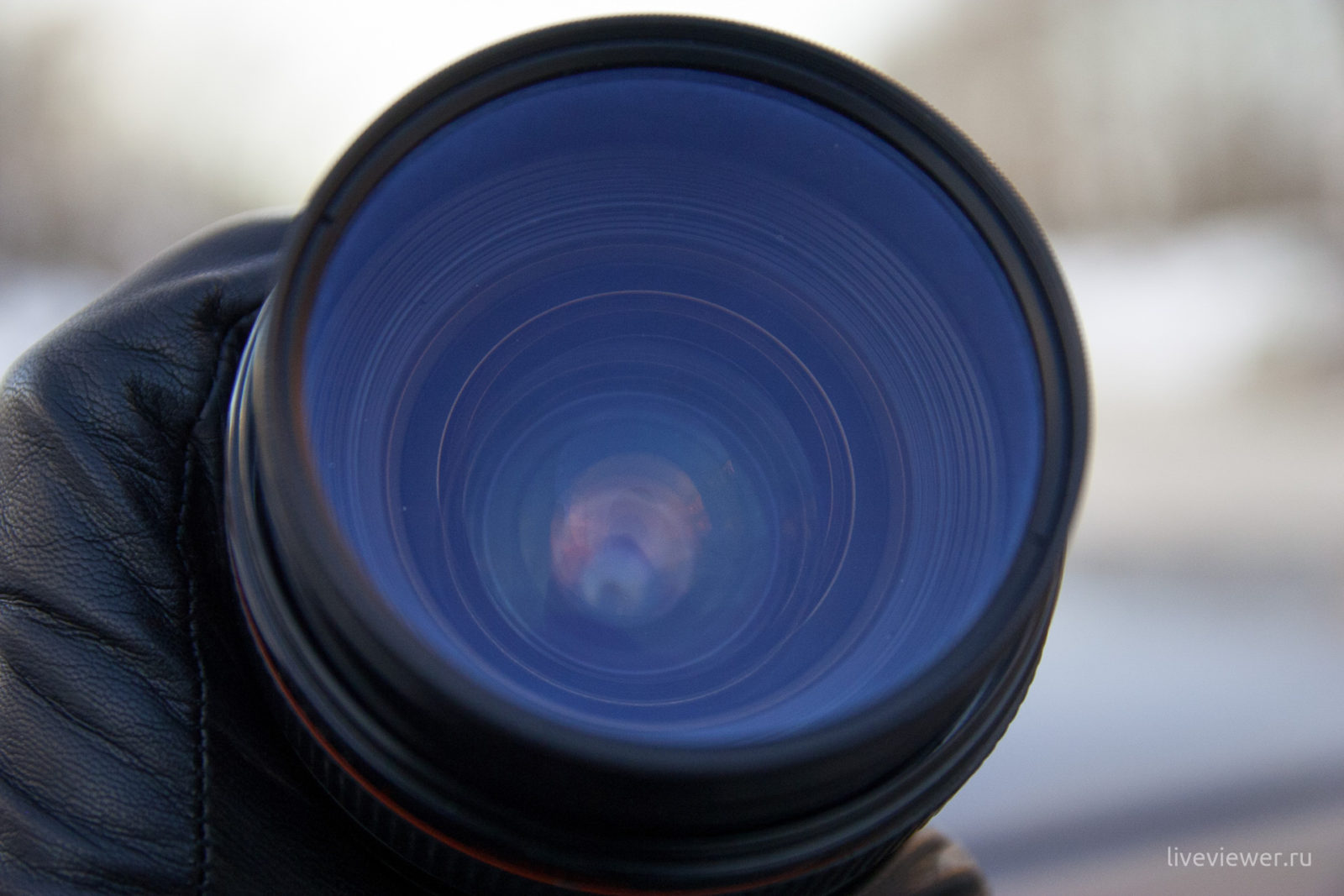 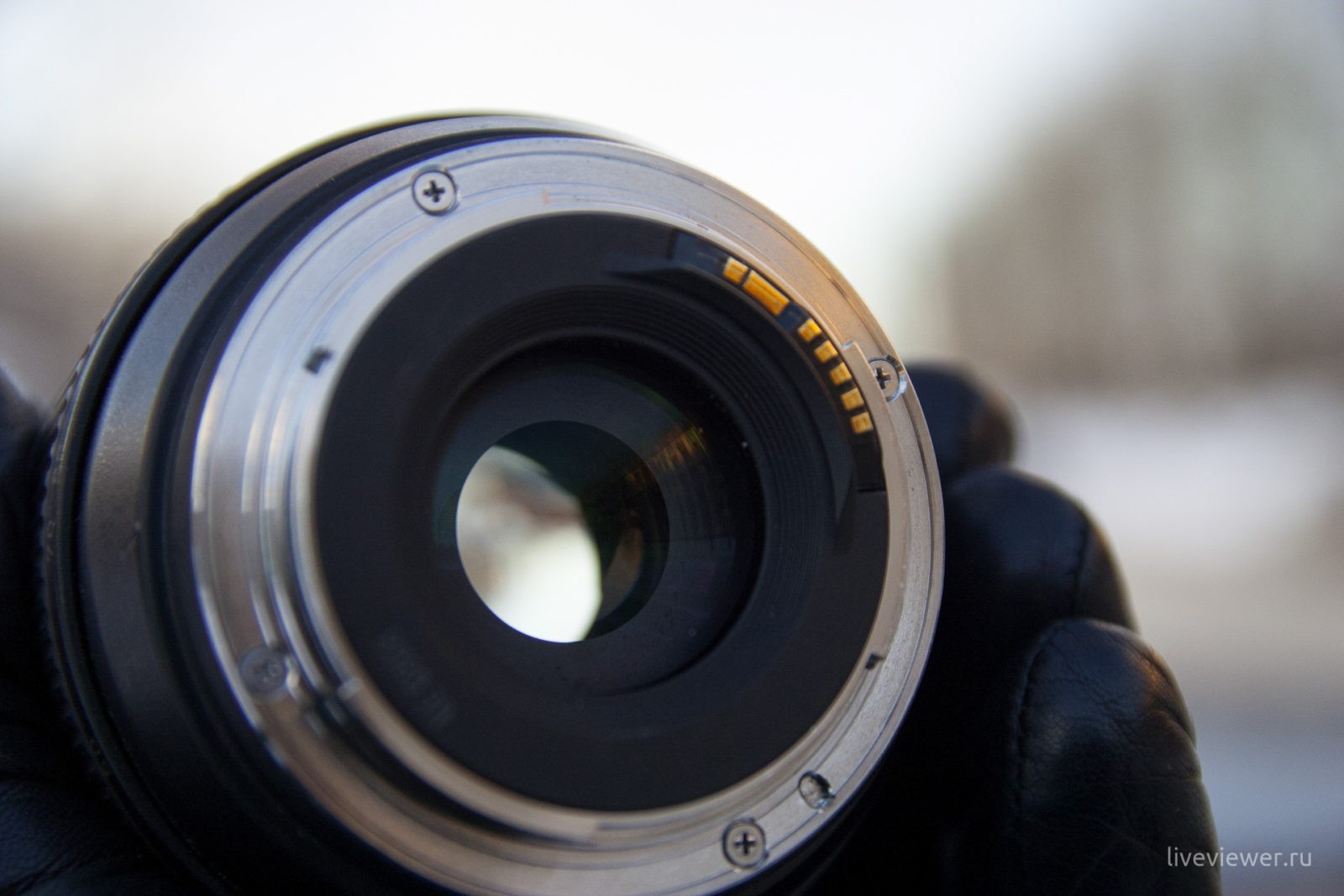 The focus and zoom rings are rubberized. On this instance, the focusing ring turned out to be extended. The years take their toll. High quality plastic, invoiced. Despite its age, the body is not loose, does not creak, does not ... In general, it has quite a good condition. There is only one switch on the body - the focus switch. Auto-manual. The switch is recessed, it lies flush with the ledge under it. During operation, the switch may not be found by touch. The lens name and other inscriptions are painted. There is a focusing range indicator window on the body, and a red ring. As without him. Elka same. 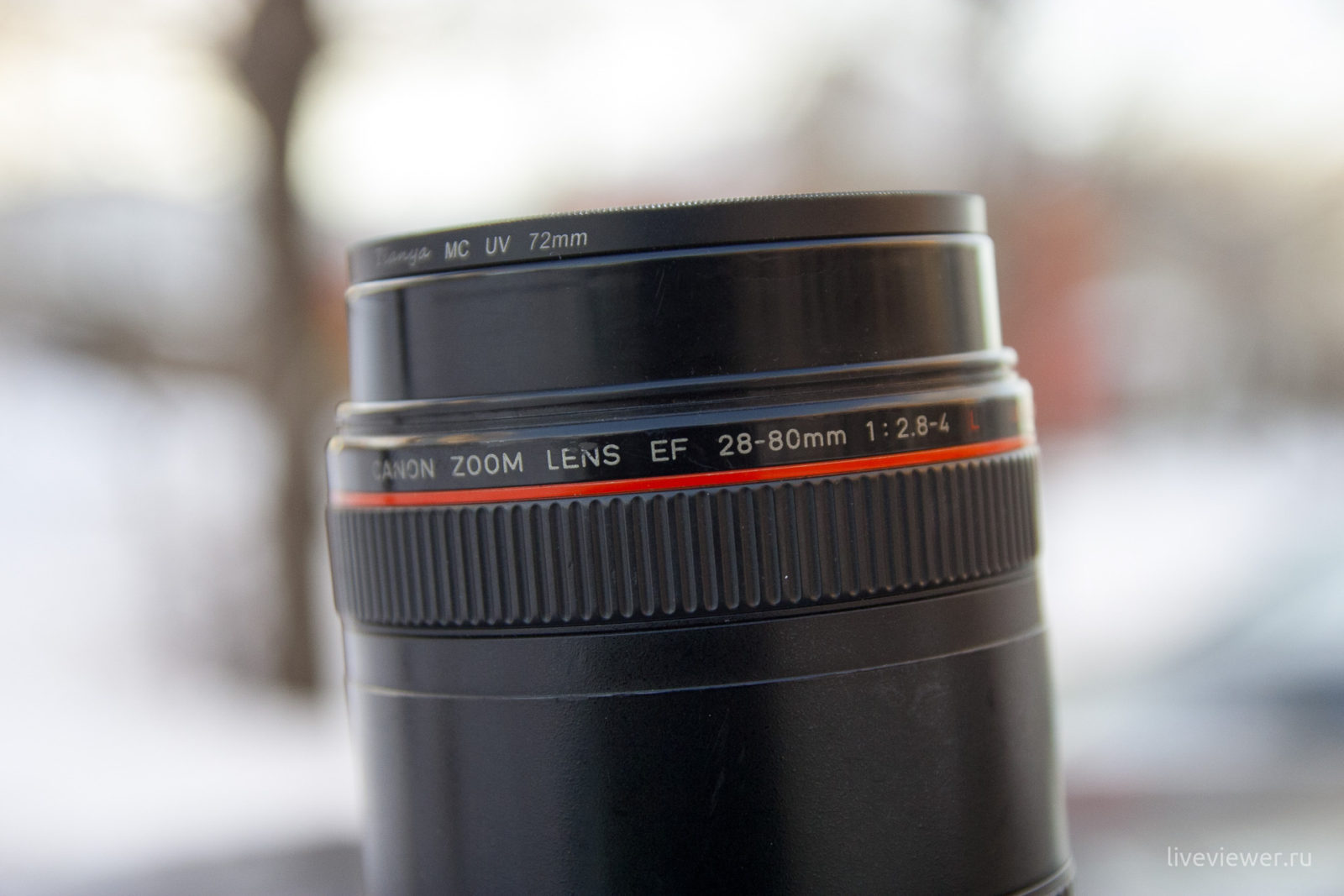 Canon 28-80, despite the presence of a USM motor and smooth focusing, has a single mechanism for implementing an autofocus drive. Electric. Therefore, if there is a breakdown associated with the power / autofocus motor, there is no way to use manual focus as an alternative - the focus ring will scroll wasted. By the way, lenses with such breakdowns can often be found on ebays for a lot. Well, how expensive. For about half the price of a working lens. 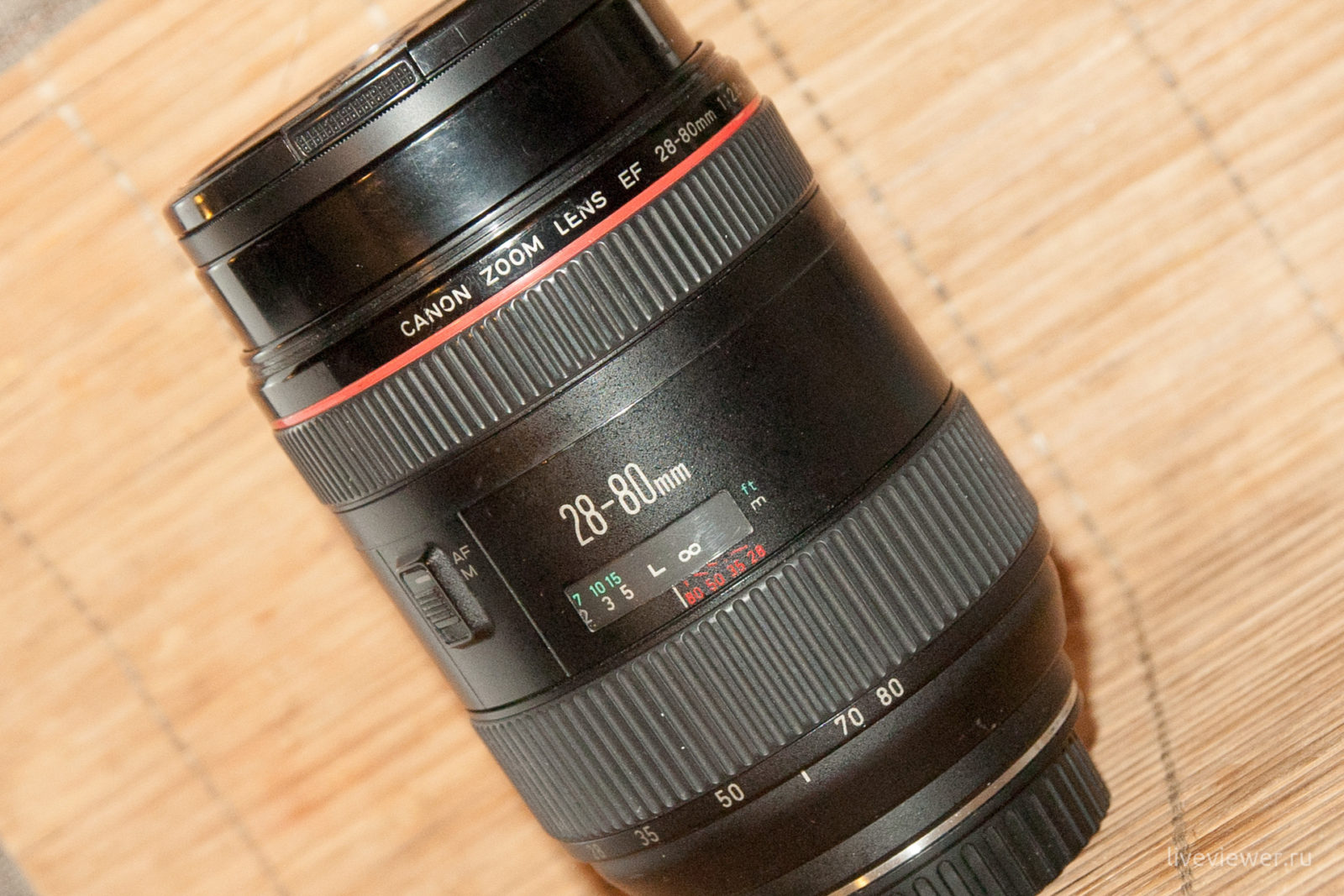 The focusing is internal, in the body, but the body is not sealed. the front lens moves freely back and forth when the viewing angle is changed. The autofocus performance in difficult conditions is much better than anything I have handled autofocus before. With it, the 300D certainly misses the mark in poor lighting conditions, at long range, but that's a problem with the camera's focusing system. When working on the 6D with this lens, sometimes annoying bluntness of autofocus occurred. The motor spun back and forth, and the camera fell into a focusing error. But this only occurred at the long end, and even then not always. Despite the USM motor, after 50mm f1.4 the lens seems to take a long time to focus. But this difference is noticeable only in dynamics. 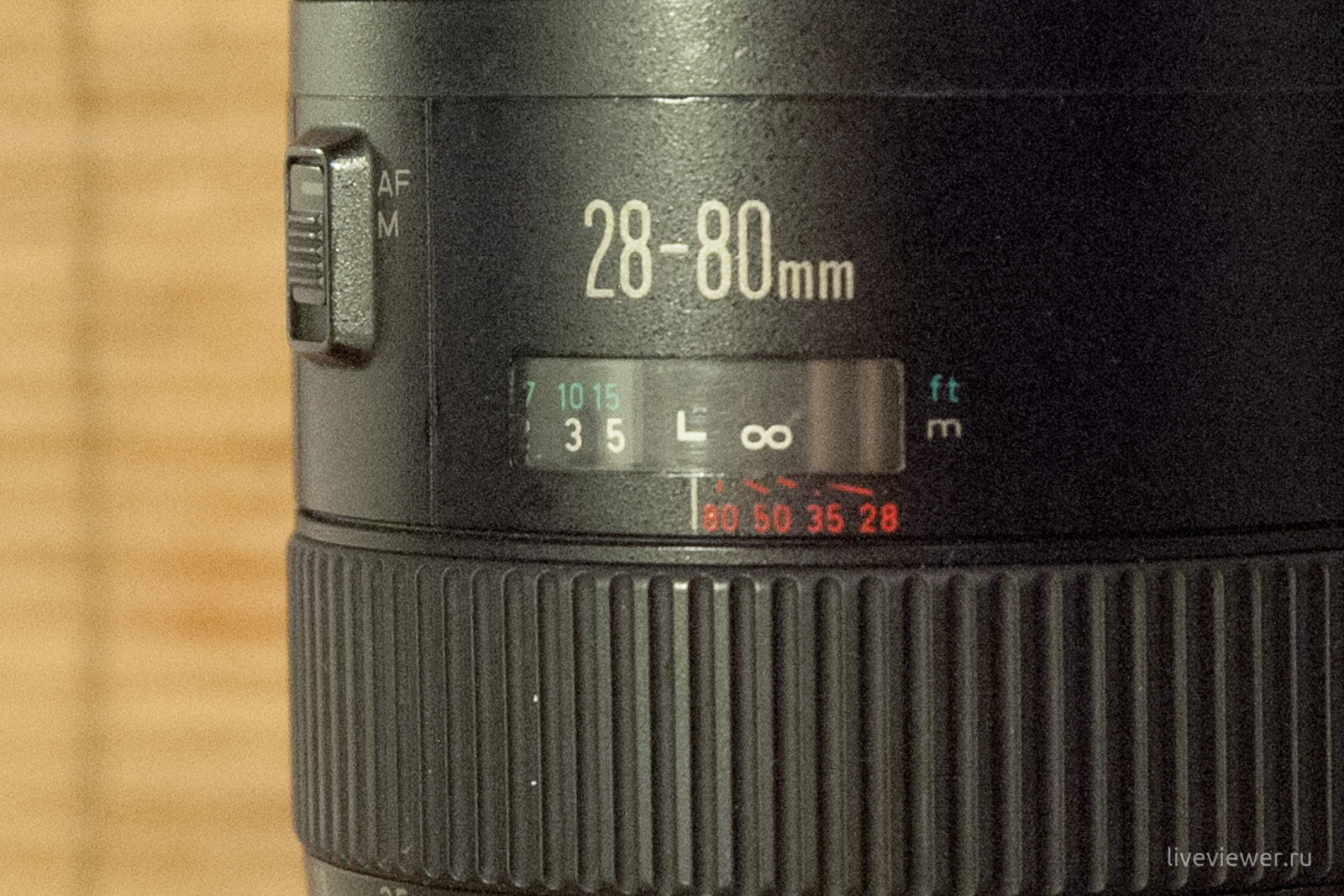 The movement of the rubberized zoom ring has slight resistance. In the process of work, in extreme positions, you can repeatedly hear a fairly distinct knock of the viewing angle limiter. The lens has a set of focal lengths designed to replace the heap of optics in a photographer's bag. In principle, if you do not pay attention to the dimensions and weight, you can remove everything with this glass. We'll shoot the rest with 80-200 L, or its modern counterpart 70-200 L.

Electronic control, the open value changes towards the far end of the zoom ring. The background blur is quite natural, it has a certain structure. It seemed that there was something like background twisting like in Helios. Lung. 8-petal diaphragm ensures that there are practically no nuts from light sources in the background, and this is definitely encouraging. 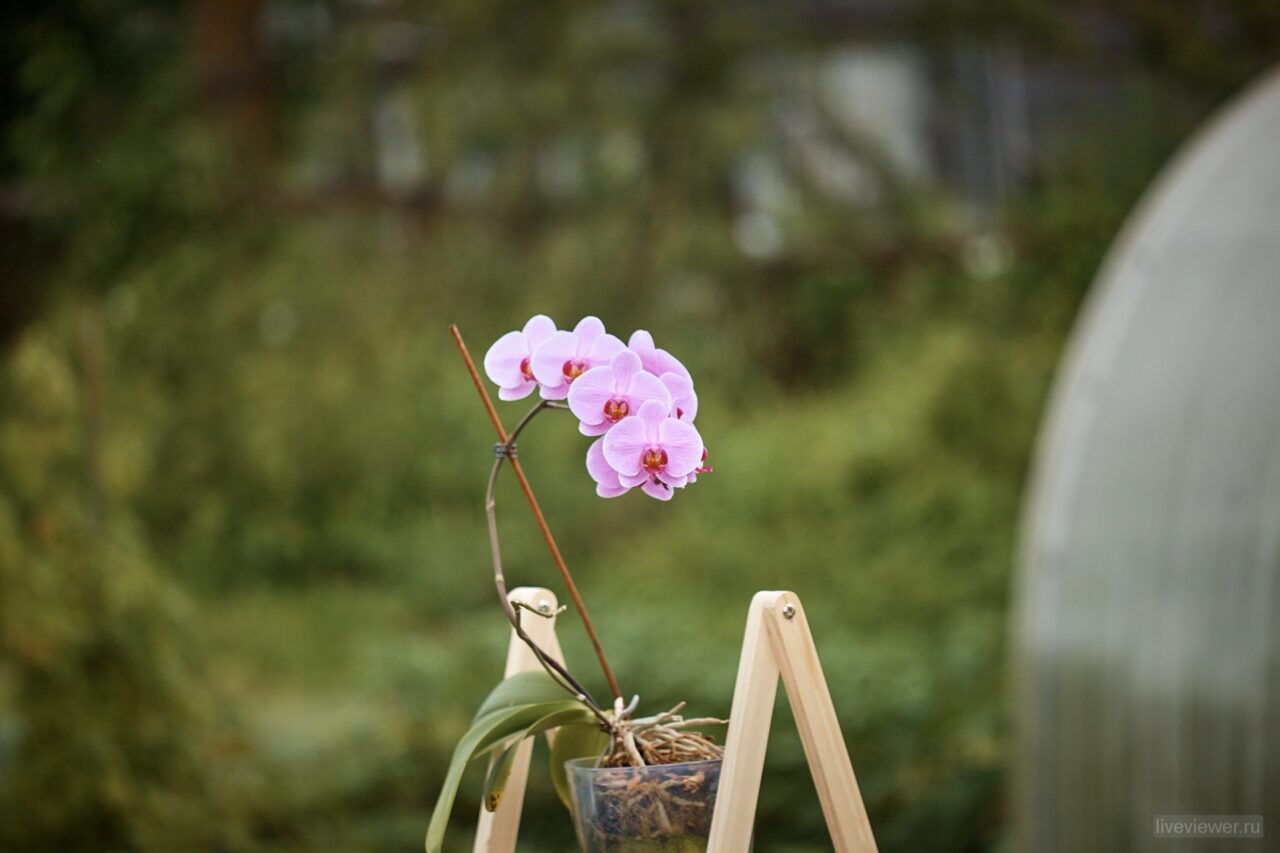 Those who, in their own opinion, write that "sharpness is not enough", comparing with Canon 24-70 first or the second version (elki), I think, they will not remember what the photographers shot for the most part in 1989-1994. For manual Soviet fixes. Everything else was exotic, costing a lot of money. And making a discount for the year of release, and comparing ... well, you get the idea. DOF is quite thin open, even at f3.5-4, this is noticeable. 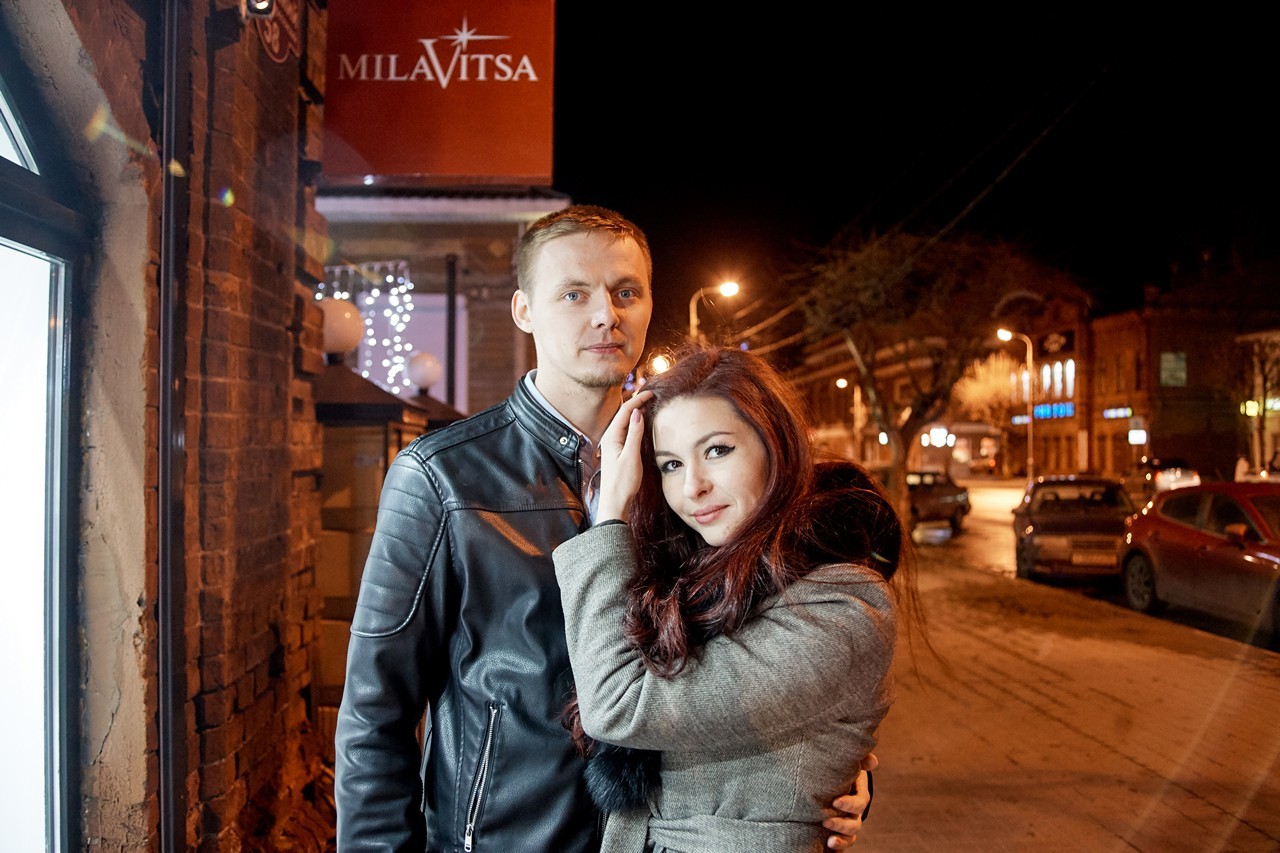 There is not much to say about aberrations. The backlight holds up appropriately, the colors are close to natural. I don't pay attention to purple halos of contrasting transitions. One way or another, they are on all glasses. Strong distortion at wide angle. It seemed to me 28mm wide-angle Canon EF 16-35mm II does not stretch the image that much. 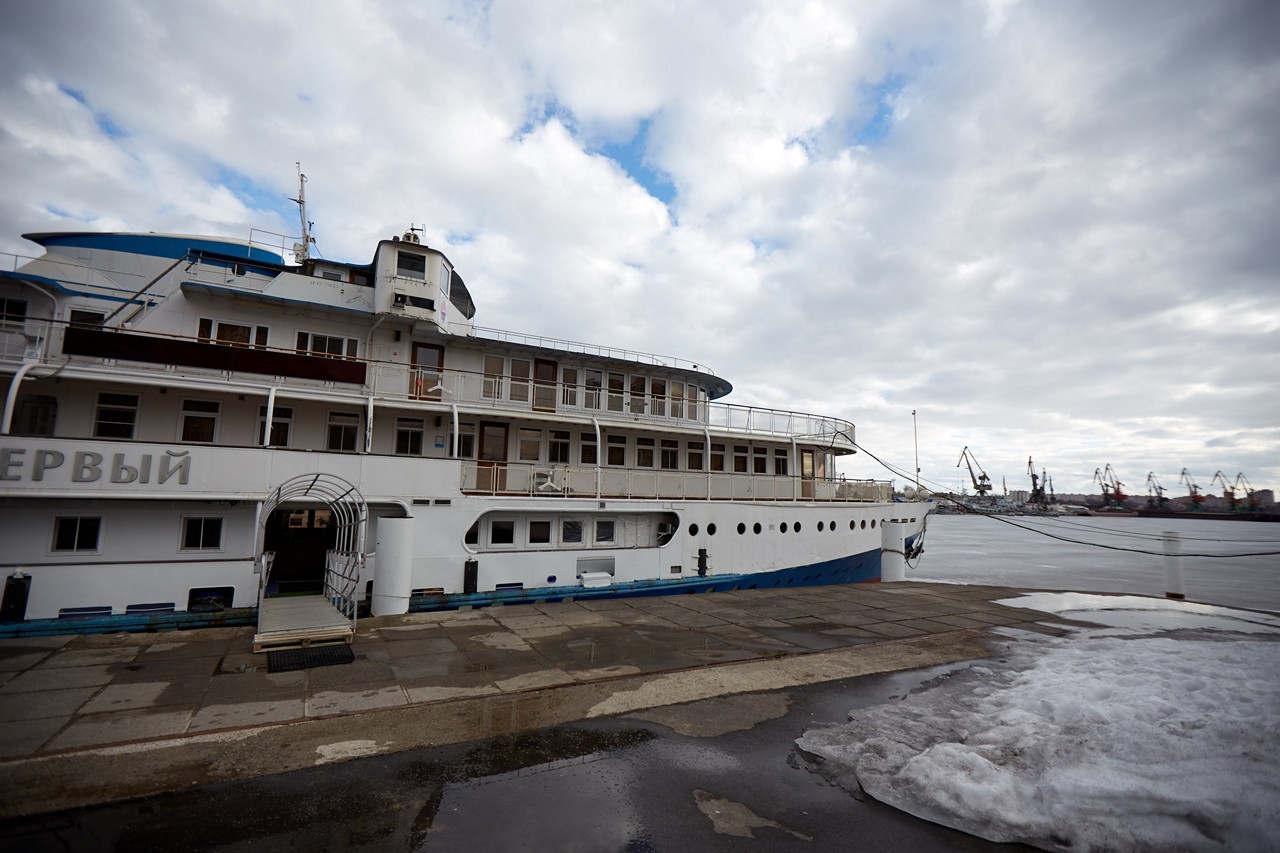 On a full-frame camera it is noticeable at open and focal lengths from 28 to 50mm.

The quality of the resulting images is quite "electronic". Stretches well with Canon 28-80 RAW, good detailing on all diaphragmx, except for the open one. Open (f2.8 x 28mm, f4.0 x 80mm) has a softening (lack of sharpness) that doesn't really interfere with portraits, especially outdoors. The details are being worked out, in my opinion, just enough for a portrait. 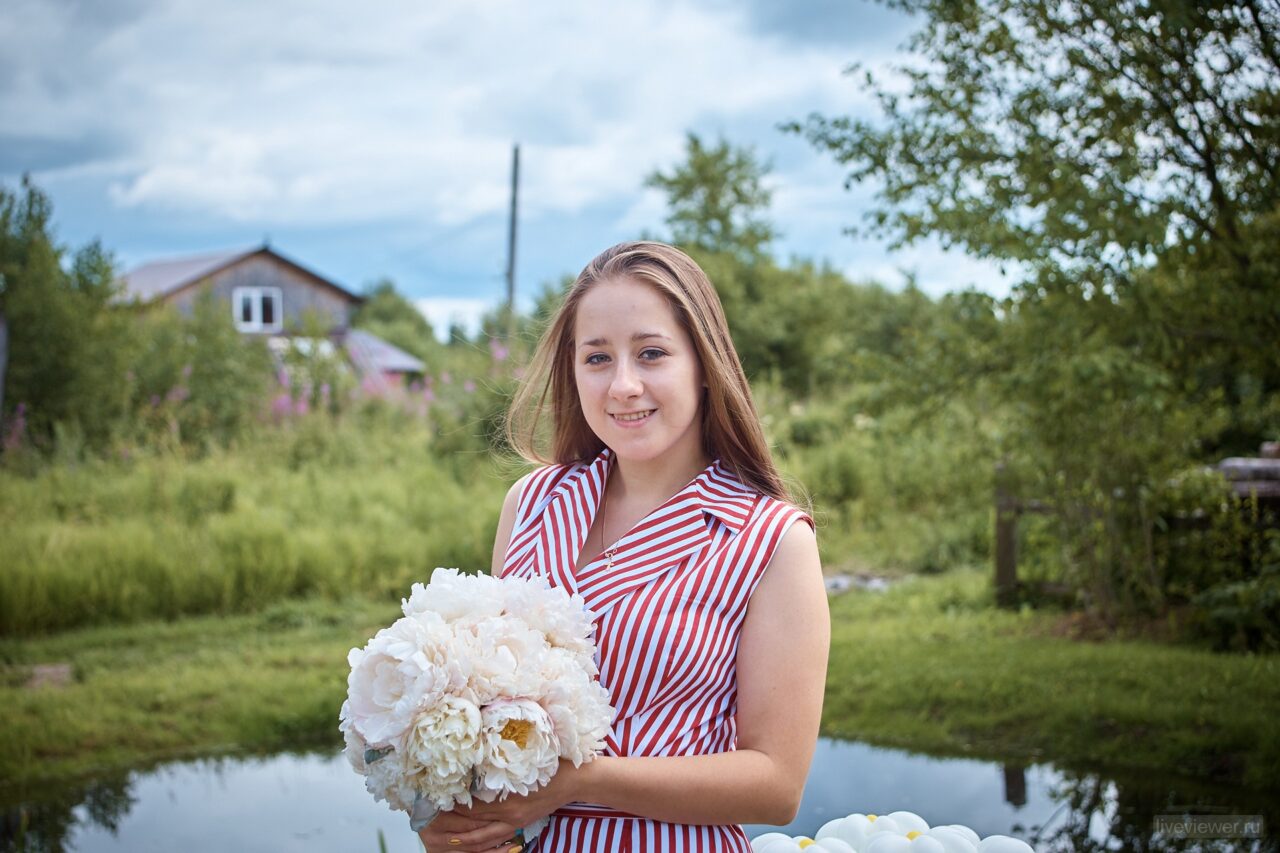 I don't think anyone would think of shooting a landscape in the open. Most notably, this lens required almost no image editing - not even a dull light meter and an old matrix EOS 300D was correctly "painted with light" on a USB flash drive, paired with this lens. Of course, in RAW there is always something to tighten up and fix - but, for example, after a walk in the photo there was no need to edit anything - everything went right out of the box without dancing with a tambourine, a little exposure and saturation to taste. 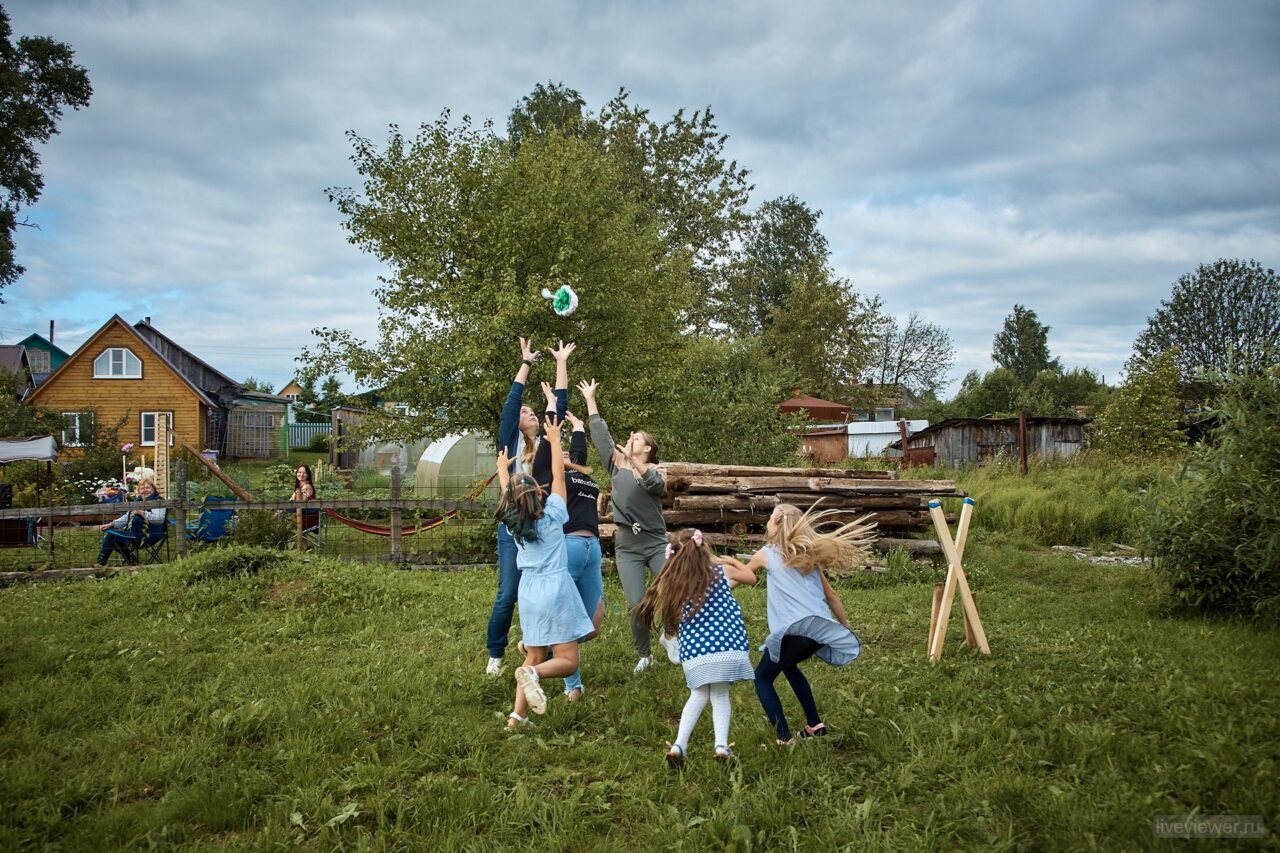