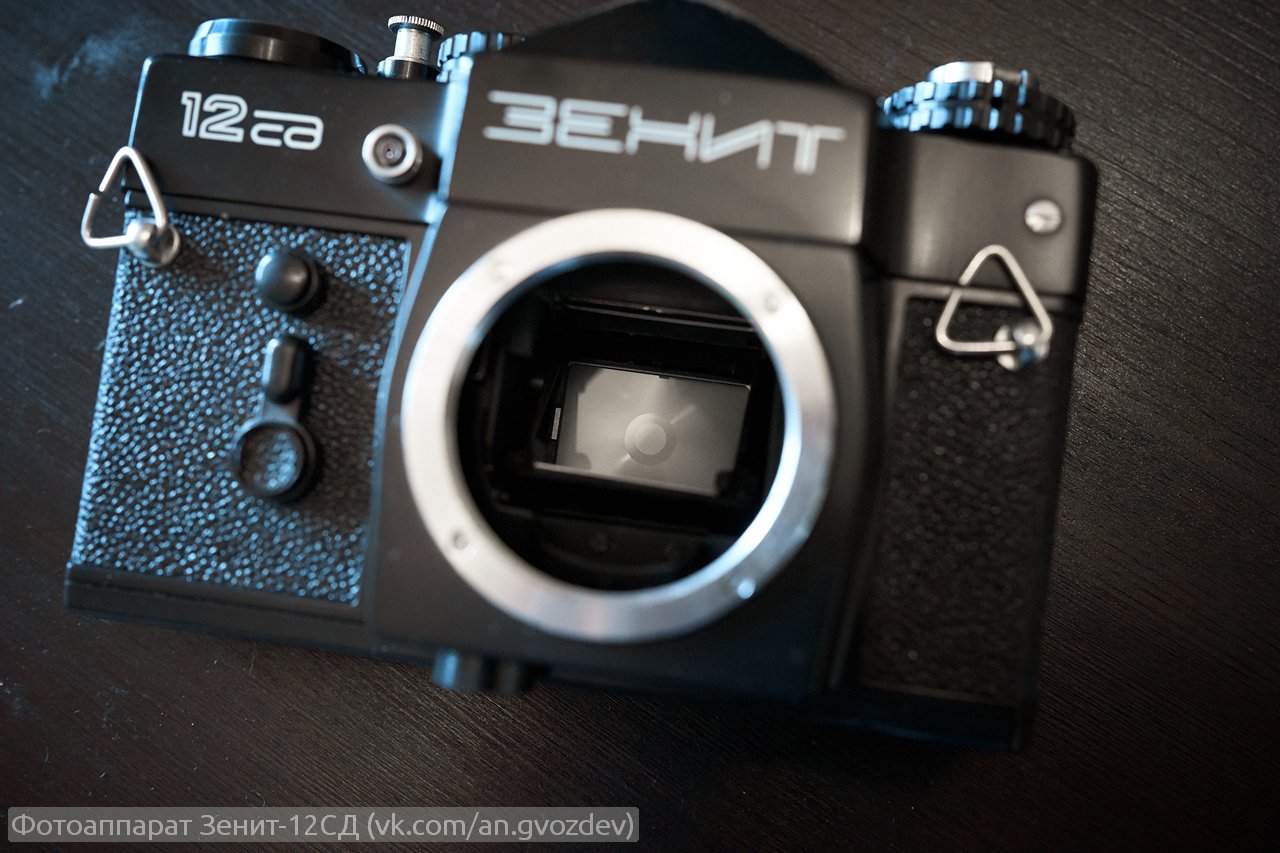 This model served as the starting point for the following Zenith models: 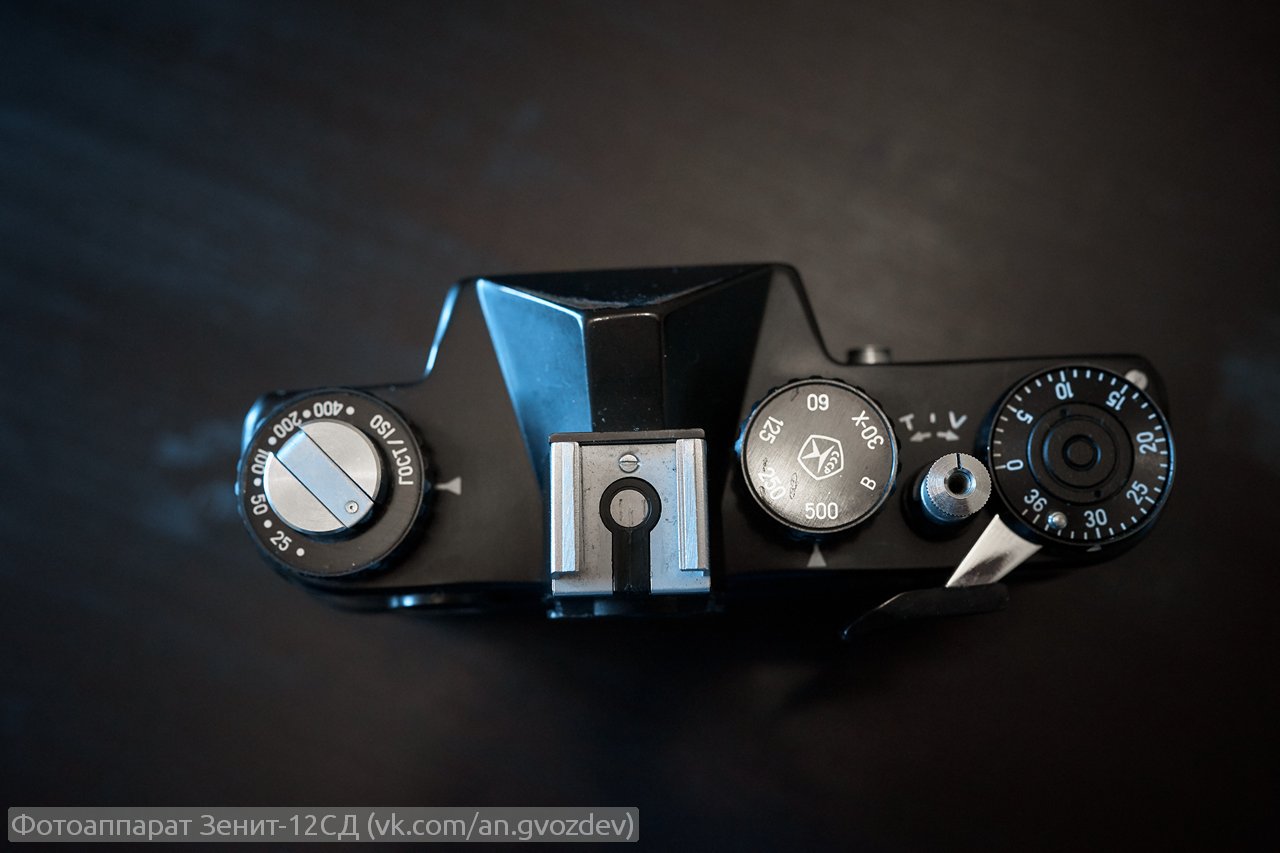 In my opinion, Zenit-12SD - this is the last of the zeniths of production in Krasnogorsk, which makes sense to acquire for personal use. Subsequent models in a plastic case no longer evoke any awe, and are more like the agony of trying to catch up with the global market. 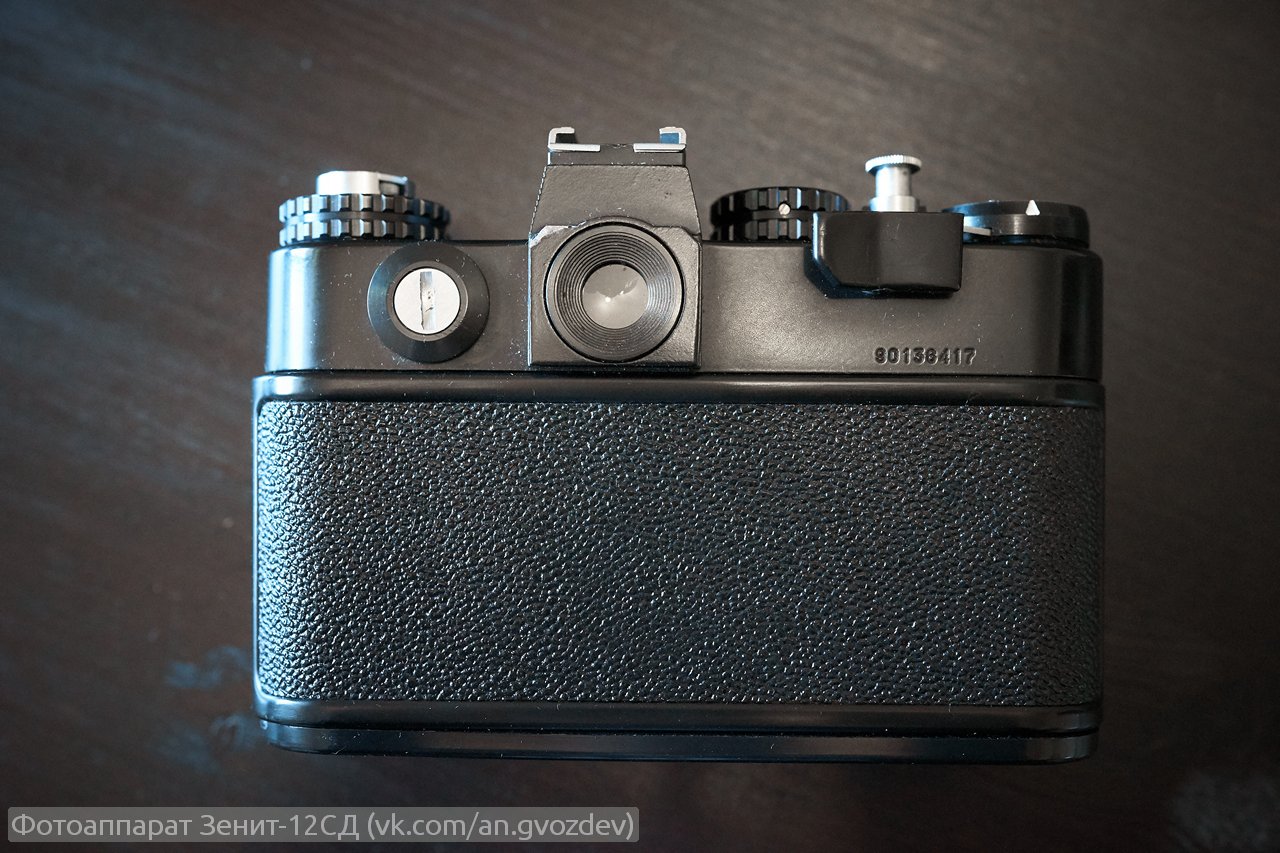 Much has been said about the shortcomings of this device. But I would like to note the positive aspects. Zenit-12SD, first of all, is a durable metal case (unfortunately, in modern models, metal elements in mechanisms are rarely found), a considerable mass of the device. This is important when shooting handheld at long exposures. WITH Zenit-12SD and early, did not know what a shake when shooting handheld. Even in spite of the rumbling mirror lift mechanism. In terms of its mechanisms, this camera can be compared to small arms. Low price is also an important factor in choosing a camera. All Zenits cost about the same (the price of running models is three hundred rubles), of which you can also choose a better option. 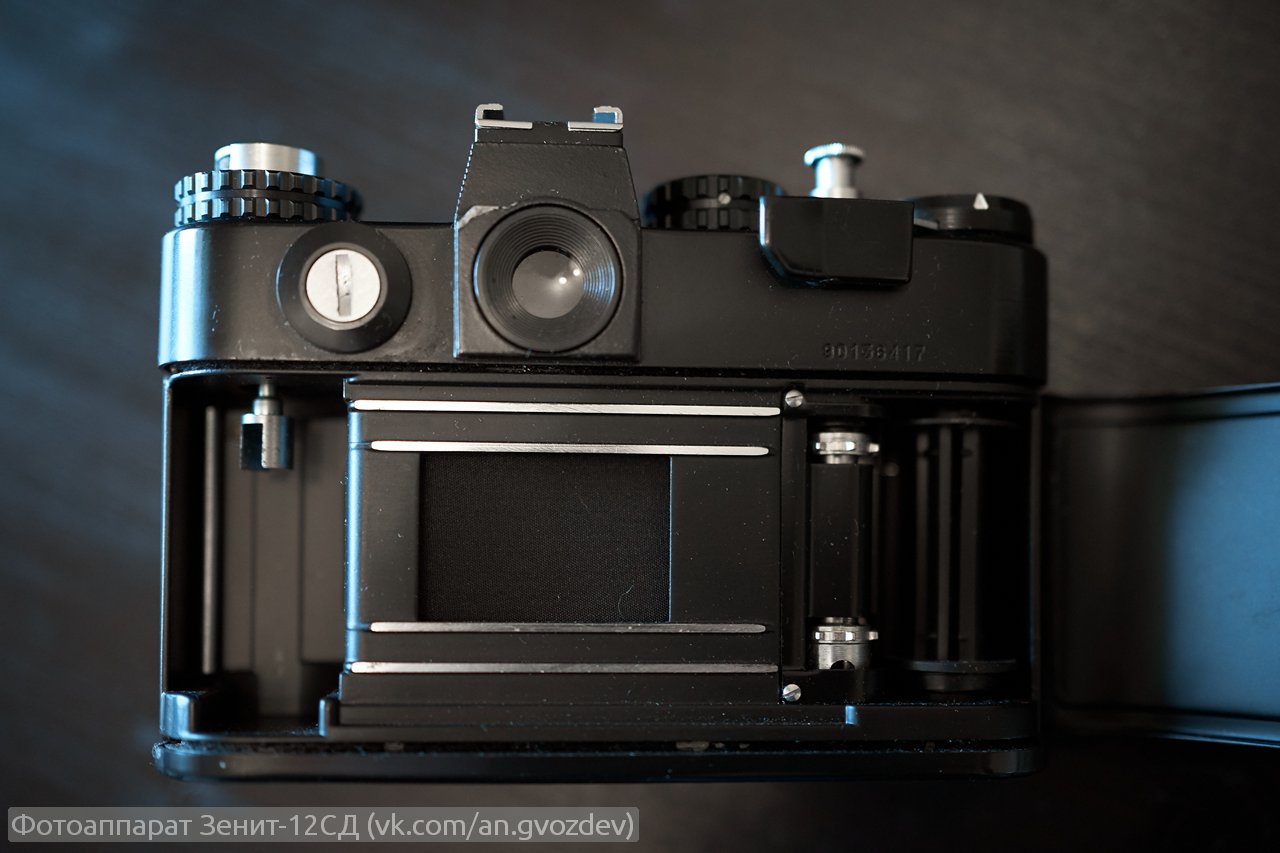 The disadvantages of Zenit-12SD are also classic, and rather are a feature of the series:

Exposure control in the Zenit-12SD camera is presented

On Zenit-12SD, the aperture control is not performed by the camera itself. It is necessary to manually set the values ​​on the lens. On lenses with aperture drive, up to the set value, it will be closed by half-pressing the shutter button. The exposure meter has no electrical connection with the lens, so it is possible to use early lenses with a preset aperture.

The viewfinder is a pentaprism, the displayed area, according to the classic, covers only 65% ​​of the frame area. Often, after developing frames from Zenith, extra details in the frame could be seen on the prints. The viewfinder is bright, focusing is performed on frosted glass with a micro-raster and focusing wedges. When the exposure meter is activated, exposure metering with LED indication in the viewfinder will take place.

"Shoe" in Zenit-12SD - has an electrical contact. The body has an FP-sync connector for external flash lamps. Electronic flashes can be shoe mounted and fired manually. The sync contact works mechanically.

Structurally - the simplest and cheapest in the world at the time of release, a reflex camera. There is nothing fundamentally new in the shutter mechanism, the breakdowns are the same as in the entire line of Zorkikhs, FEDs and Zenits with a curtain shutter. The locks break, the guides come off, are burned by the sun's rays, etc. Due to the relative freshness of the model, defective models are rare. 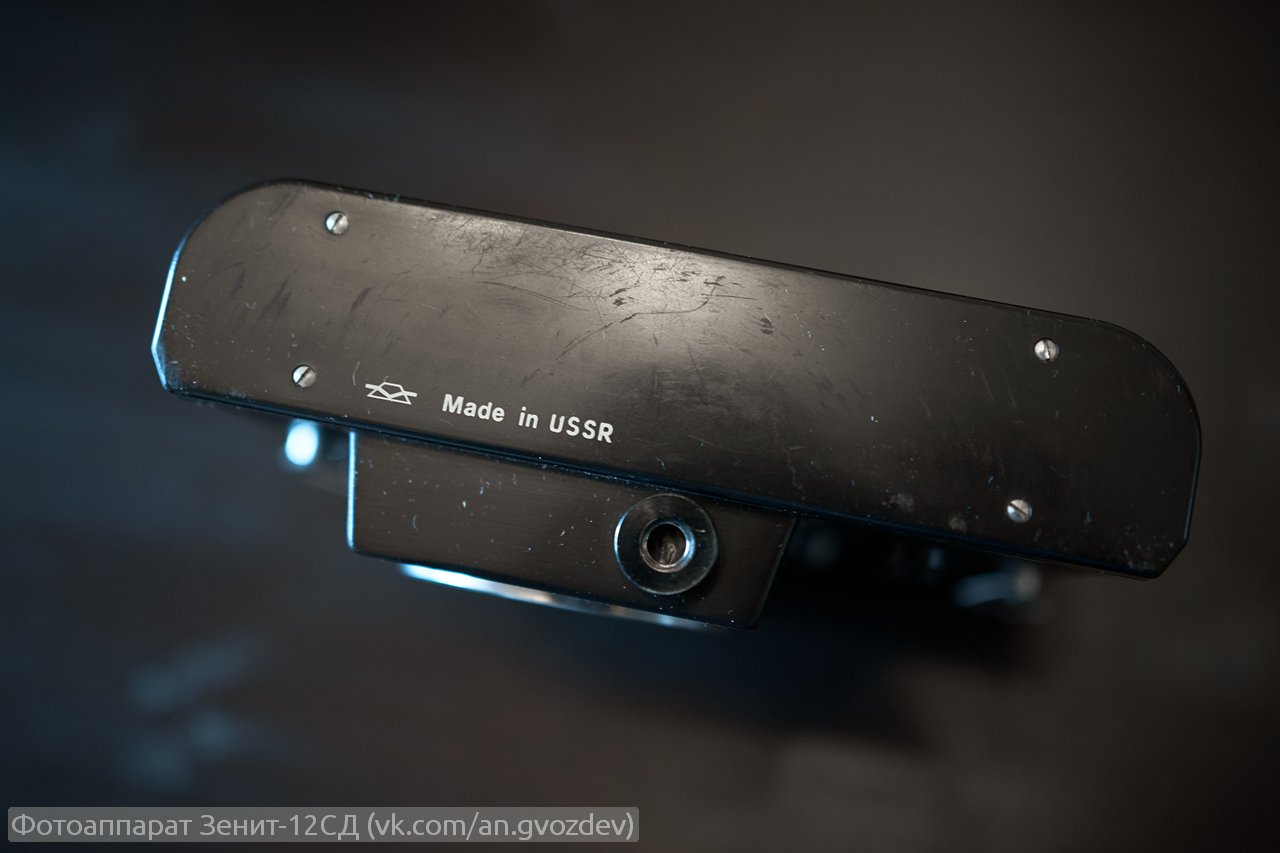 Exposure meter for the objective, based on a photoresistor, powered by 2 batteries type SC-32 1,55V (elements AG12 can be used). Exposure meters for cameras are operational today everywhere. The metering mode is the only one - over the entire area of ​​the viewfinder frame.

The Zenit-12SD light meter is coupled with the shutter speed dial, reacts to the diaphragm adjustment, to the change in the parameters of the sensitivity dial.

Loading film under the rear opening cover. Film rewinding is manual, the rewind handle is folding, the rod with rewind lever opens the camera cover. The back cover lock is internal. Unlike models with a lock on the outside, the lid will not open accidentally. In order to activate the lock, it is necessary to pull the handle upwards until it stops.

What kind of film is needed for a Zenit camera?

Any 135 type (35mm) film in standard spools is suitable for Zenith cameras. You can use both black and white and color, you can wind the film yourself from the reel. A budget hobbyist color film from Fujifilm or Kodak, black and white Tasma, works well. ISO 400 films are suitable for low light conditions, while ISO 200 films are better for shooting outdoors in clear or slightly cloudy weather.

How to load a film into the Zenit-12SD camera 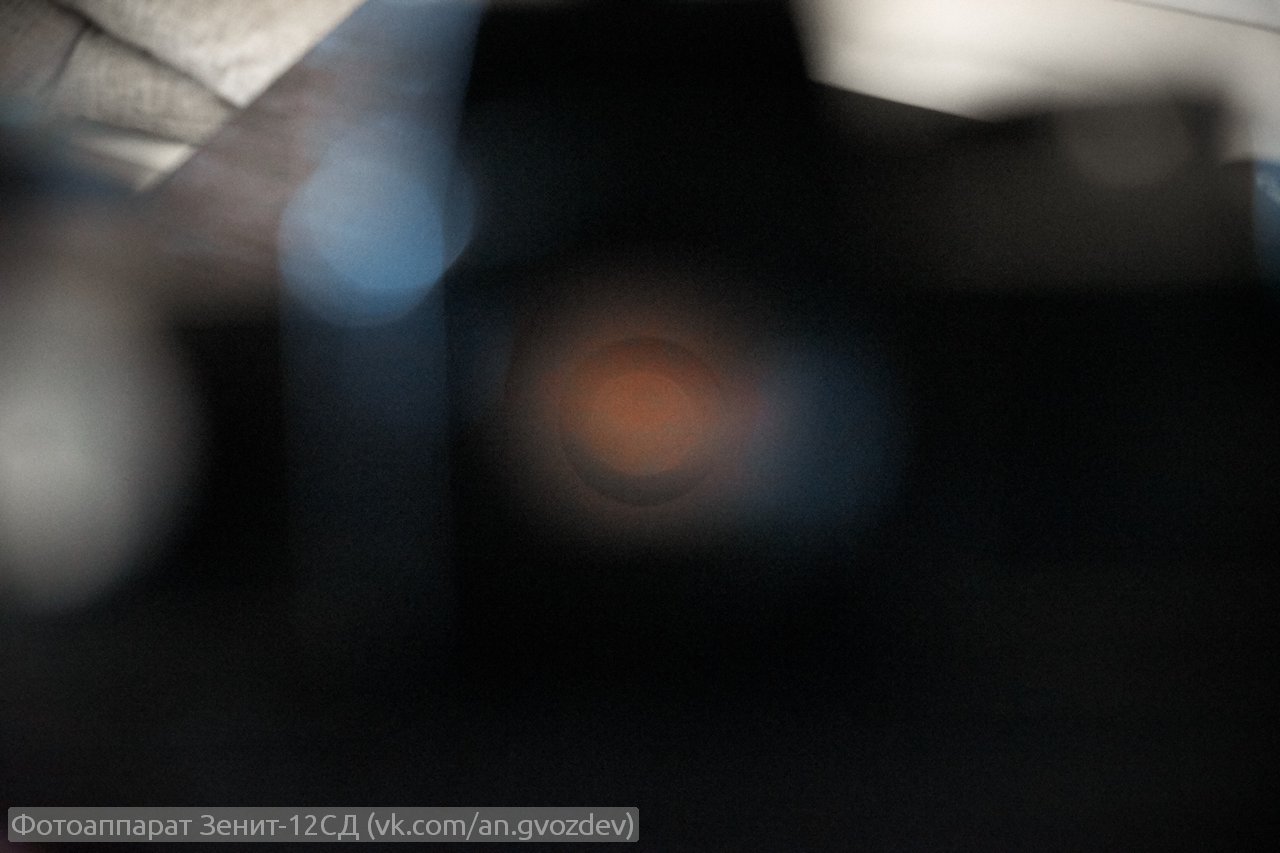 Focusing thanks to a matte screen with a lens in the center - can be accurate during daylight hours. Photo by - Evgeniya Koznova

The latest in the lineup with a metal body. The most advanced Zenit camera.