Helios - Soviet lenses made according to the Planar scheme by Dr. Rudolph (Paul Rudolph, 1896, Germany).

About the Helios lens series 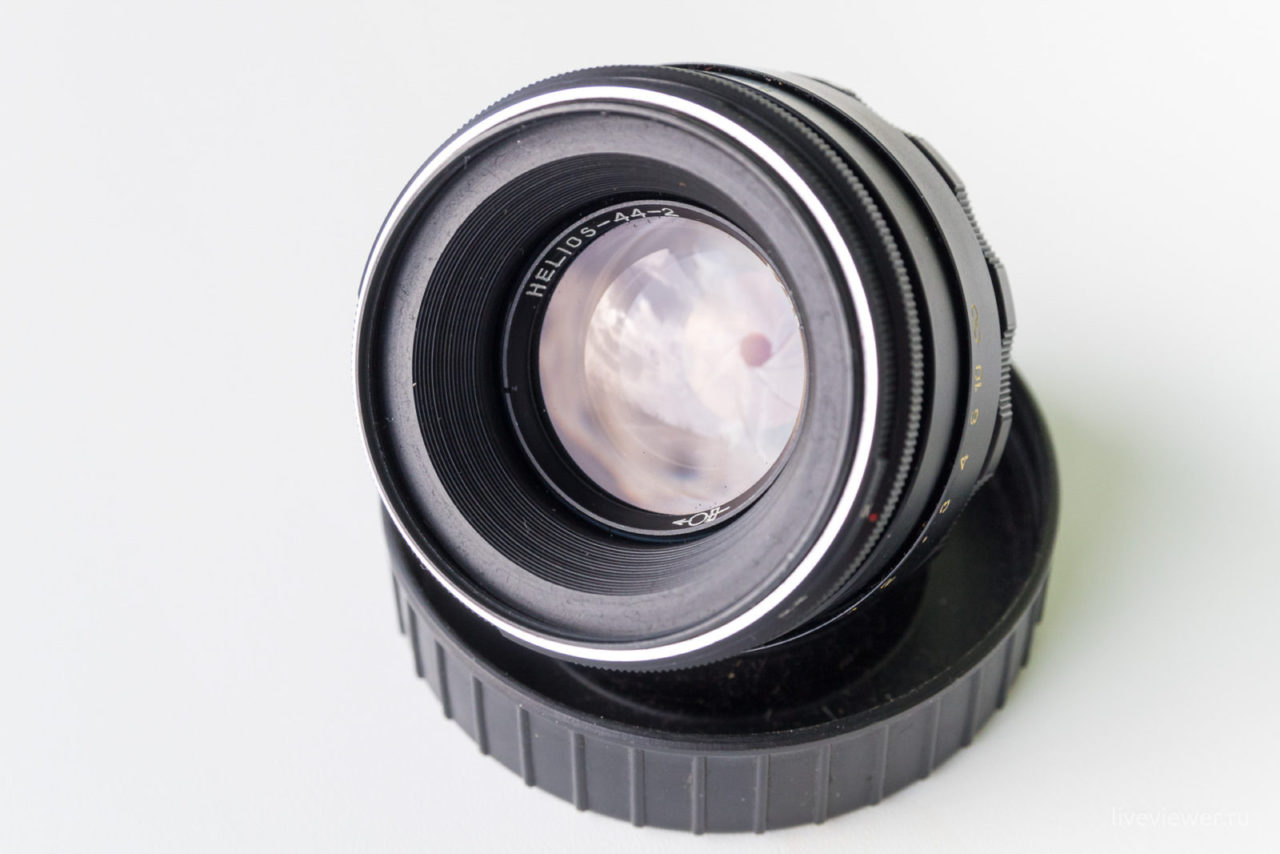 Rudolph himself did not fully appreciate the possibilities of his scheme. They were revealed by the English optician G. Lee (Horace W. Lee), who developed in 1920 the Opic lens (Opic, Taylor-Hobson - Taylor & Hobson), which had an increased aperture ratio - 1: 2,5 (instead of 1:3,3 for Planar) at an angle of view of 50 degrees.

In the future, lenses of such a scheme were produced under various names by many companies. "Helios-44", developed by Professor D.S. Volosov, - the most massive Soviet lens. Since 1958, he was put as a regular on cameras "Start", then - to the "Zenith".

To be used in SLR cameras, the lens must have a large rear focal section (roughly speaking, this is the minimum distance from the rear lens to the photographic material): then it is possible to place a mirror.

But this makes it difficult to develop normal and short-focus lenses, since the maximum quality can often be achieved with the chosen scheme only with a very small back focal length.

Therefore, in order not to reduce the quality too much, focal length "Helios-44" had to be increased to 58 mm instead of the standard 52 mm (the field of view is reduced from 45 to 40 degrees). But even with such a rather small angle of view, the resolving power of "Helios-44" is clearly insufficient, such are the possibilities of this scheme (if we use ordinary optical glasses).

Further events developed as follows. Around 1965, the same author calculated a lens with a standard focal length of 52 mm using the same scheme. The result was "Helios-65" (put as a standard on cameras "Kyiv-10" of the first series), the resolution of which is another 5-6 lines per millimeter lower throughout the field than that of "Helios-44".

In such a situation, lanthanum glasses had to be used - superheavy crowns (STK), which made it possible to create a version of Helios-65 - Helios-81, with increased resolution. Lanthanum crowns have a very high refractive index, so that it is possible to make lenses with a sufficiently high optical power and, at the same time, with a small surface curvature.

Then it becomes possible to better correct aberrations, especially the curvature of the image surface. "Helios-81" was used as a standard one on the cameras "Kiev-10", "Kiev-15", "Kiev-17", etc. and has earned a good reputation. Here we should also mention one more design, created in 1950 by the same professor Volosov - "Helios-40". This is a particularly fast telephoto lens (85 mm, 1: 1,5). It detects anomalous behavior in terms of resolution - it is even higher at the edge than at mid-angles.

This is the result of the fact that the curvature of the image surface of the third order, if it is impossible to correct it well, is compensated by the curvature of the fifth order. This is achieved by using very thick lenses and large air gaps. "Helios-40" is very heavy, bulky and provides low image quality. It is used as an interchangeable lens for Zenits, as well as in technical photography for filming from oscilloscopes. Coma and distortion are well corrected in Helios with schemes close to symmetrical.

Nevertheless, it follows from the above that the scheme of the classic "Planar" is suitable for high-quality normal lens only with the use of lanthanum or other special optical glasses. The Schneider firm took a slightly different path. She released the "Planar" (circa 1970, 50 mm, 1: 2) based on super-heavy crowns, in which, unlike the classic, two lenses were left unglued. Schneider's Planar has a resolving power of 5 lines per mm along the field and at the edge than even Helios-81.

Based on this foreign development, Professor Volosov created Helios-97 with similar characteristics (even a little better). It seems to have never been mass-produced, like some other excellent domestic lenses.

Helios - from the Greek "Sun" - the name of this lens brand common to many enterprises and foreign trade organizations of the USSR (mainly based on the optical scheme Biotar) according to one version, it occurs not in honor of the ancient Greek god of the Sun, but in memory of the Helios power plant in Petrograd, which in October 1917 was guarded by the Red Guards from the optical plant and which supplied electricity to Smolny.

(Small optical factories of the German firms K.P. Goerz (CP Goerz) and C. Zeiss in Riga during the First World War were evacuated to Petrograd, where they were merged into a single enterprise - the GAU optical factory, the second large optical production in Petrograd after the optical department of the Obukhov plant.Then in March 1918 the plant was transferred to Voronezh, in the summer of the same year due to the offensive of the troops of General Krasnov - to Perm, and in early October due to the offensive of Kolchak - to Podolsk.

By the spring of 1927, the precision mechanics plant was relocated to the village of Banki, Pavshinsky volost, Moscow district, the future Krasnogorsk.

In 1941, the Lenin plant was evacuated to Novosibirsk, and in 1942 a new enterprise was organized on its premises - plant No. 393 NKOP - Krasnogorsk Mechanical Plant. That is why the history of KMZ, as an organization, has been going on since the beginning of 1942, and not from the end of the XNUMXth century, as it could have been extended with a strong desire).

Its stellar reputation is directly linked to its predecessor. The lens formula itself dates back to the 1920s and refers to a variation of the six elements in the double Gaussian scheme that became known as the Zeiss Planar. The Biotar was originally made for use in motion picture cameras and was later adapted to Exakta in 1936.

The first thing that jumps out at the image performance of this lens is not the image quality itself; this is a slightly unusual focal length. The focal length of the 58mm Helios is at the longest end of the definition of a "standard" lens, which ranges from 35mm to 60mm. 58mm isolates objects more clearly than 50mm and produces a slightly tighter, more collected image.

The lens is also known for its unique way of creating bokeh. At its widest aperture, it exhibits the signature swirl of bokeh commonly associated with older lenses. This swirl has become the signature of the lens and is one of the reasons the Helios has become iconic.