In 2000, Nikon released an anniversary batch of Nikon S3 rangefinder cameras in a chrome body, the series was named Nikon S3 2000.After 2 years, black cameras also went on sale. The cameras were supplied with a Nikkor 50mm f1.4 lens of a classic design, but with modern coating. 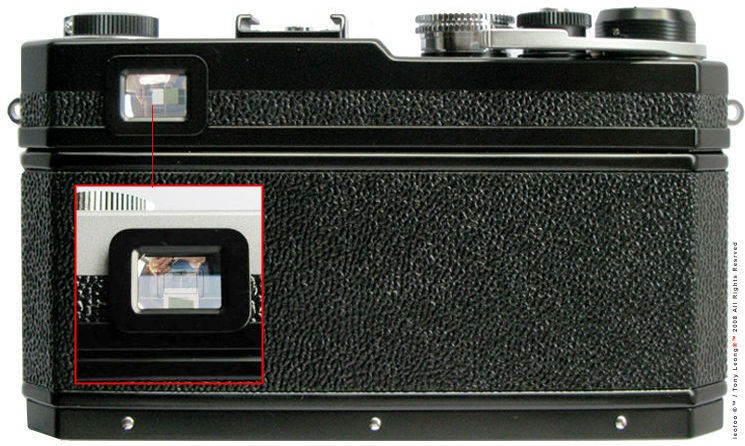 The chrome-plated cameras have serial numbers starting with 20…, and in the black version - 30… The camera retains compatibility with old accessories, although these accessories are not easy to find now. There were also minor cosmetic and ergonomic improvements.

For example, the sensitivity of the film is indicated in ISOrather than the ASA. Basically, these differences are hardly noticeable and only bring greater ease of use. Cameras of the old and new editions have practically interchangeable parts.

As material for curtains shutter rubberized fabric is used, the original viewfinder with frames for 35, 50 and 105mm lenses, as well as the rangefinder's adjusting gear, have been preserved. A total of 2000 models were produced in black and 8000 models in silver. Their cost at the time of release was 530 and 480 thousand yen, respectively. On ebay Nikon S3 2000 can be bought for about 150 thousand rubles.

The renaissance of rangefinder cameras was a welcome move within the Nikon group, especially in the early 90s. In favor of the revival of the series, the employees of Mito Nikon, who at that time were the leading specialist in the development of Nikon F3, F4, New FM2, spoke out most of all. First of all, interest in this old topic was fueled by the surge in popularity of classic cameras like Leica. The Nikon S3 is loved by users for its superior performance and quality over the Leica. In addition, the camera was not too technically difficult to reproduce among other Nikon rangefinder cameras.

After receiving the blueprints, Mito began a thorough study of the possibility of implementing the idea. In the course of the work, it was found that a significant initial investment would be required to bring the idea to life. In terms of payback, this was of course a big problem, exacerbated by the 1995 economic downturn. Work on the apparatus was postponed indefinitely.

In 1998, Mito Nikon again tried to push the idea of ​​resuming camera production. This time they managed to convince their "colleagues in the shop", and, in addition, Tochigi Nikon offered support in the production of lenses for future replica cameras. In November 1998 Nikon, Mito Nikon, Tochigi Nikon and Nikon Photo Products Inc. created a consultation around the project. In December, a campaign was launched to prepare the Nikon S3 for production launch. 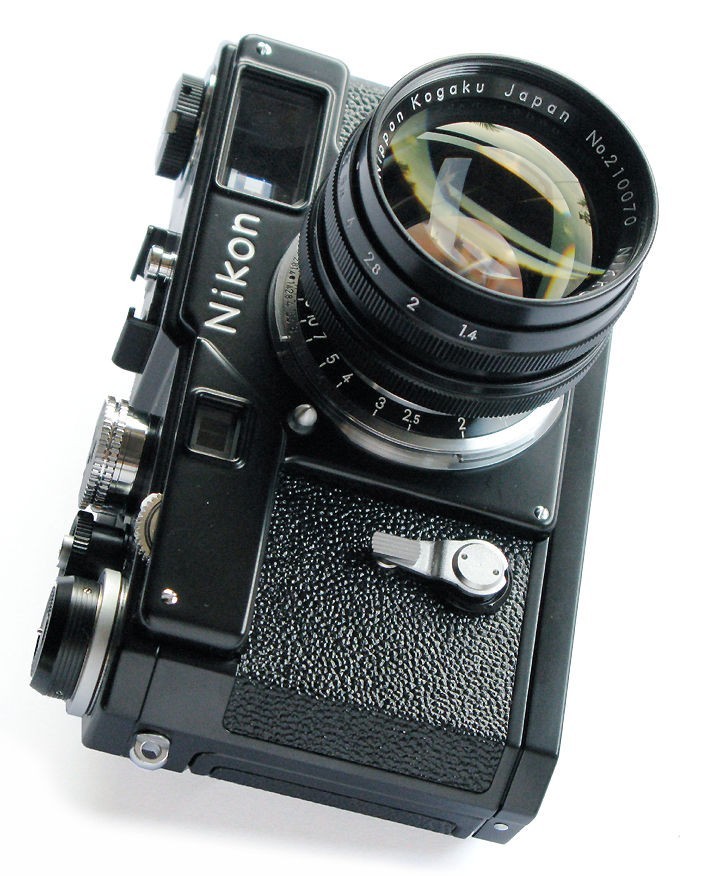 After a detailed study of the drawings, it was the turn of the search and preparation of the details of the apparatus. For this, several Nikon S3 cameras were purchased for the reverse engineering procedure. Methods for the production of a particular element were developed anew - both the mold and the mold for casting. Particular attention was focused on the correspondence of the details to the original camera, down to the smallest detail (the size and shape of the screws, their original location, paint color, matte finish texture, font etching depth, and so on). Fortunately, the original leather was sampled at the subcontractor's factory. 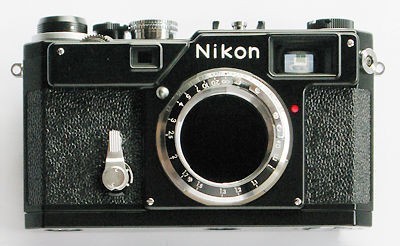 The internal mechanisms of the camera were one of the most difficult units to reproduce. For example, the focusing gear of a rangefinder. This mechanism has a lot of small details, and in itself it directly affects the image quality (focusing accuracy). An identical gearbox was implemented, however, it required a very scrupulous approach to its adjustment. 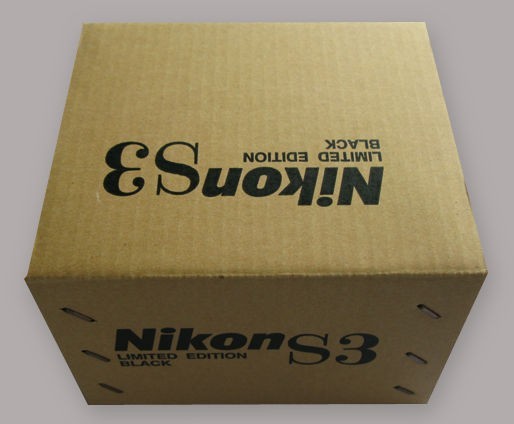 The number of large components of the Nikon S3 camera was 554 pieces. The total number of elements is 816. In the implementation of the project, the elderly participants in the production of the middle of the twentieth century helped out well.

During the production of components, there was a problem in reading the projection of the drawings by subcontractors - the differences in the released elements were significant, up to the discrepancy between the shades of chrome plating of individual parts. There was also a problem with the application of serial numbers to the body of the devices. The etching process used in the production of the Nikon F3M was not suitable due to the difference in body thickness. In Nikon S3, in some places the thickness of body parts reaches 0,5 mm, in Nikon F3M - 0,7 mm. However, a solution was found.

There were also some problems with the assembly. There were no instructions for step-by-step assembly, and in this, the elderly employees helped, including all the necessary settings and improvements. Also, the combination and subsequent brainstorming allowed to avoid big problems in installation and configuration. shutter... Six months after solving the last problem with the implementation of the project in production, the devices began to prepare for sale. 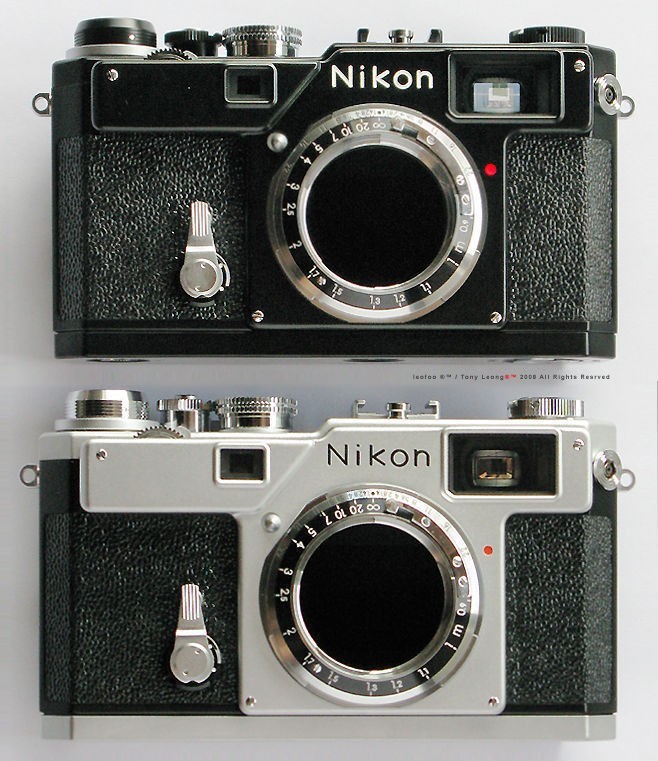 Production started with 10 employees who were completely hand-assembled. In addition, initially, each employee on the line had to do several assembly operations. Due to problems with the delay in the delivery of components, the first batch of devices was ready for shipment only two months after the appointed date. In the early days, the assembly progressed at a snail's pace - one or two cameras were assembled a day. Over time, production reached 500 pieces per month, with a staff of 30 employees. A total of 2001 cameras had been assembled by October 10000 (2000 in black and 8000 in silver).