What is an expo-par. Exposure triangle

Mostly in photography, the term “Expopara«.

Exposure in photography is a classic combination of aperture and exposure parameters. With the advent of digital cameras, the third parameter that can be changed "on the fly" is the photosensitivity of the camera matrix. Installation expo-pairs is based on the set light sensitivity of the material, in turn, all three parameters (more relevant for digital photography) form an exposure triangle. V expo couple includes:

It includes the following concepts:

The shorter excerpt, the less light hits the camera sensor.

Than already diaphragm, the narrower the beam of light going to the matrix.

How much light can it take matrix per unit of time (how much to be exposed). The higher the value, the more "noise" it emits matrix, or light-sensitive material (manufacturing restrictions). In cameras it is defined as ISO - the standard for measuring photosensitivity, which replaced the "outdated" German DIN. 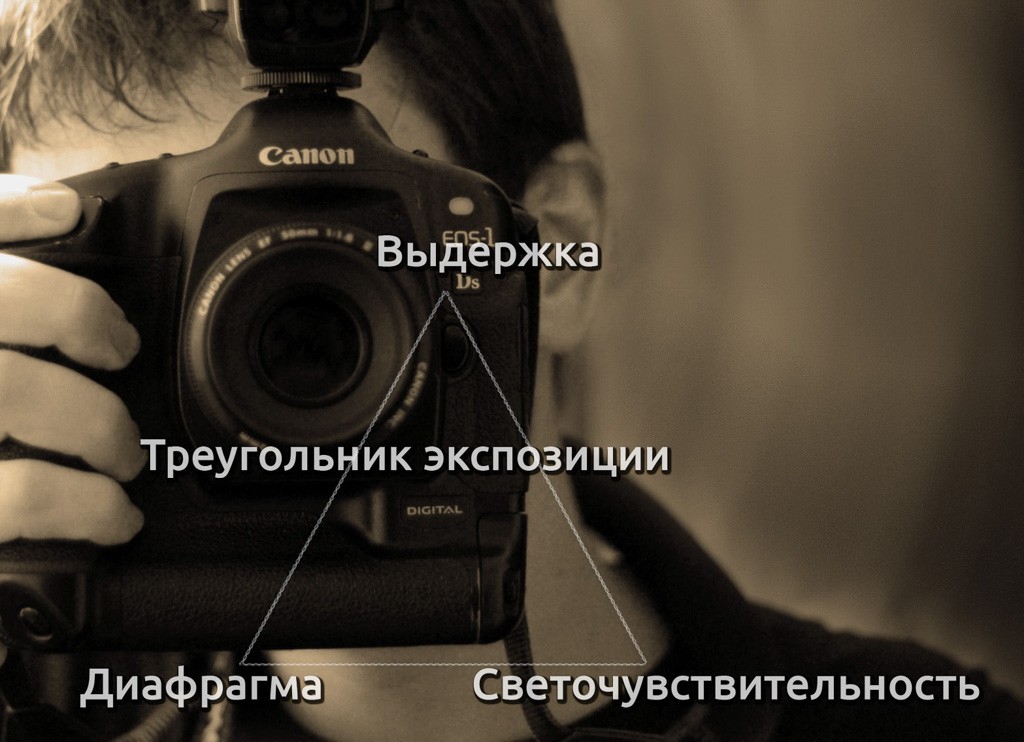 Expo-par in the exposure triangle

Imagine a window with movable shutters. The aperture will be the size of the window - the larger the opening, the more light enters the room. Speed shutter Is the amount of time for which the shutters are open. The longer they are open, the more light comes in. When you are in the room, wear glasses, thereby reducing the sensitivity of your eyes to light (low value ISO). There are several ways to increase the light in the room - open the shutters wider, remove glasses, or increase the size of the window opening (.

In photography, all parameters are linked and form their own triangle. By increasing the sensitivity of the matrix, we get the ability to reduce the speed shutterto get a clearer picture and "capture", for example, moving objects in low light. Also, to achieve the same effect, you can either open the aperture or change the speed shutter.

In photography, “stop” or “step” is a common concept. In the context of the entire system, an increase in parameters by one "stop" means a 2-fold change in the amount of light transmitted to the matrix. To adjust the system as a whole (as well as to each individual parameter), a step equal to a foot or its part is applicable. Usually this is either 1/2 or 1/3 of a stop. Can be changed as a parameter of an individual organ (speed shutter, photosensitivity of the matrix, aperture opening), and the entire triangle as a whole - depends on the current camera setting.

Since the parameters of the triangle individually have different units of measurement, a unified method for comparing the parameters was invented - the use of stop-steps.

The same illumination of the matrix can be obtained by different paired combinations of other parameters (exposure coupler) - increasing the shutter speed by one stop while simultaneously closing it by the same aperture value will not change the exposure. This property is called the law of reciprocity (Bunsen-Roscoe).