What is depth of field (DOF)

Depth of field is the area within which objects appear sharp. Depth of field, "Depth of field" (DOF, DOF, Depth-of-Field, Depth of field) are concepts that are identical to each other. - distance along the optical axis lens between two planes in object space, within which objects are rendered subjectively sharp in the conjugate focal plane. That's what Wikipedia says about it. In some sayings you can see the Russian version (dof), however, this is at least incorrect, since the Russian-language term has its own name - Depth of Sharply Depicted Space (DOF).

Also, the more relative hole lens, the sharper space is smaller. A shallow depth of field (5-15 cm) is used more often in reportage, portrait photography, in order to repel the object from the background. BоGreater depth of field values ​​(from 3 to 5 meters or from 3 meters to the horizon, for example) - in landscape, with group photos, in street, and in other genres.

It also depends on the area of ​​​​the camera's photosensor - the larger it is, the thinner the line of the sharply depicted space (compare the photo from your smartphone and SLR camera - with the same aperture and focal length lens, a smartphone will have a higher depth of field due to a smaller sensor area, i.e., an image from a smartphone almost always has a more detailed background and a deep rendering of the background). 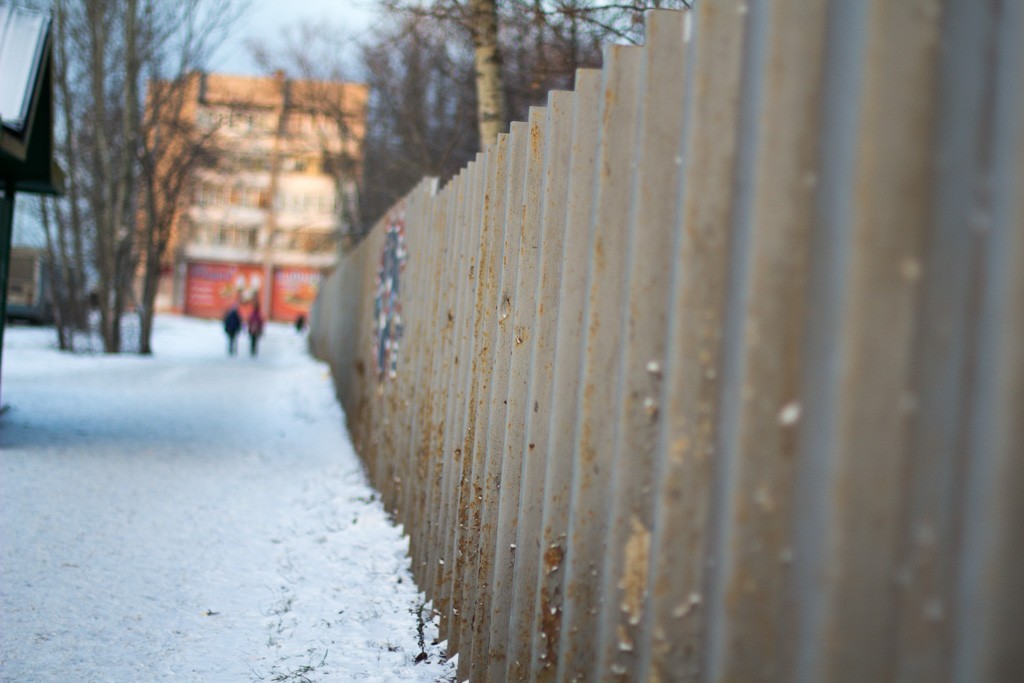 Gimbal cameras and tilt-shift lenses with tilt axes are changing the traditional concept of depth of field. In these devices, the depth of field can vary both diagonally and vertically, depending on the model of the device. Also, there are devices that allow you to set the depth of field immediately after photographing, in the process of post-processing.

optical axis distance lens between two planes in the space of objects, within which objects are depicted on the photosensitive layer of the photographic material rather sharply. When the lens focuses on a subject at a hyperfocal distance, the rear edge of the field of focus is at infinity.

optical axis distance lens in the image space, within which the optical image formed by the lens has satisfactory sharpness (the diameter of the circle of confusion does not exceed the allowable value). The value of the depth of field is related to the depth of the sharply depicted space, determines the required focusing accuracy of the lens and does not exceed tenths of a millimeter. Depends on focal length lens, the diameter of its light hole and the distance from the focusing point to the subject.

In normal camera modes, the Depth of Field Preview (DOFV) button is used to preview the depth of field just before the photo is taken. After pressing the button diaphragm the lens is closed to the set value, gate does not work. The mechanical implementation of this mechanism is called "diaphragm repeater" and is present on most lenses / film cameras of German, Japanese and Soviet origin (since the 70s of production). 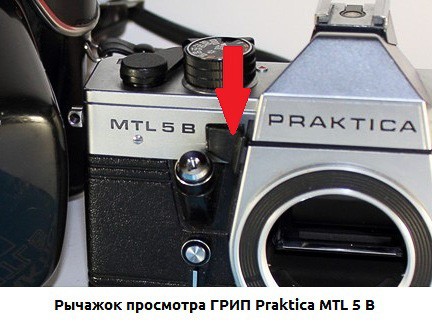 In A-DEP mode on Canon cameras, the DOF used to tell the camera to start and end the depth of field zone. Then the camera adjusts the parameters of the exposure pair according to the program to obtain a normally exposed image with a user-defined depth of field. 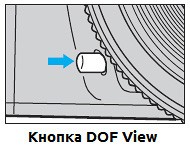 On the Pentax K200D camera, depth-of-field viewing is possible using the “pre-shot” function, when the camera takes an image, but does not write it to the card. At the same time, the buttons for changing the image scale remain active.

You can see the difference in "depth of field" between open and closed apertures below.

Hopefully, thanks to this example, you were able to imagine how depth of field depends on the aperture value.

Hyperfocal distance is set to half the possible focusing distance lens and ad infinitum. It is used in street photography and is actively used in landscape photography, especially with short throw lenses. You can calculate this distance manually, or you can play around with the exposure settings directly at the shooting location.

In the past, a field sharpness calculator was applied to all lenses, and it was relatively easy to calculate the hyperfocal distance from it. Now this is not found on lenses of the lower price segment. 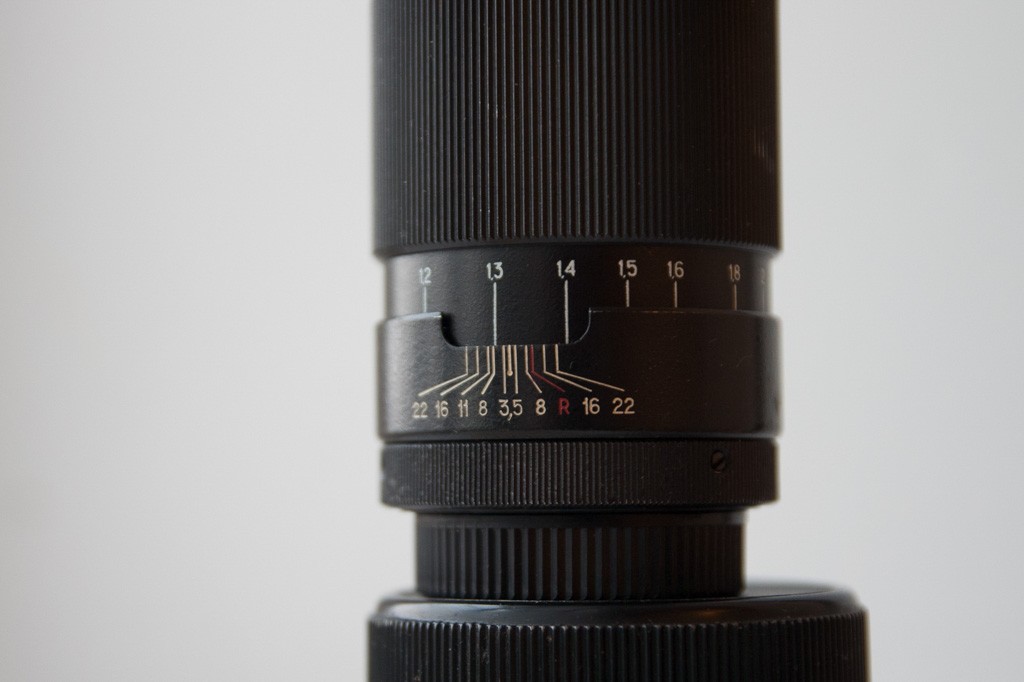 Calculator on the lens

On calculator lens it was possible to see the distance and the depth value in meters, with the aperture value set. Using these indications when taking photographs, even without looking into the camera lens, is as easy as shelling pears.

Cameras on smartphones, most of the old "soap boxes" and camcorders are fixed precisely at a hyperfocal distance. The use of this method made it possible to obtain a huge number of cheap devices, since, in fact, the circuit lens is simplified and has only a few elements in total (fixed diaphragm, plastic lens and CCDmatrix).

How is depth of field responsible for focusing?

SLRs and cameras that use phase focusing sensors have such a thing as "permissible blur spot". Relatively speaking, this is the range, once in which, the camera will consider focusing completed. At the same time, the picture on the display will be sharp, and then when viewed on the monitor it will turn out that it is sharp where we do not need it. And it's terrible. Of course, this is also superimposed on gaps in the focusing mechanism of the lens and camera. And on a similar device, this can occur more often than on a new one. How to prevent this disease? Very simple - we take several shots with refocusing at the same point. Usually this helps to get 10 frames from a series, 5-7 pieces are acceptable sharp for our eyes.

Smartphone and camera cameras, which use a contrast or hybrid phase-contrast focusing method, do not suffer from such a disease. In DSLRs, it is turned on in LiveView mode, and in mirrorless cameras and smartphones it is used by default. This method is more accurate but slower. Although in modern cameras it has already caught up with the phase focusing in terms of speed. In general, in both cases, the camera will focus on the contrast in the focus point / area.

In fact, DSLRs usually have the most sensitive central focus point, and allow you to focus even in poor lighting.

Grab your camera and play around with the aperture settings. This will allow you to compare the depth of field of your lens depending on the set aperture value, and estimate how and where you can use the already gained knowledge.

This is a practical name for the same definition.