Diaphragm (from greek διαφραγμα - baffle) is a device that changes the dimensions of the effective aperture of the lens and thereby limits the cross-section of the light beams passing through the lens. Provides dosing of the amount of light; improving image quality by reducing the aberration of optical systems; increases the depth of field, but reduces the resolution of the optical system due to the diffraction of light at the edges of the diaphragm.

Aperture diaphragm: aperture that when changing its diameter to the same extent, it simultaneously affects the course of both axial and oblique beams.

Field aperture: an opaque obstruction that limits the linear field of an optical system in object space or image space. In film cameras, the field diaphragm is a frame (frame window), which has a rectangular or square shape and is located near the plane of the photolayer. It is usually absent in digital cameras. In projection systems, the field diaphragm is located in the plane of objects.

It is also used in spectral and photometric devices (in the form of a narrow slit), etc.

Relative aperture lens, adjustable by the diaphragm, has its own designation and is called aperture number (or f-number). The higher this number, the smaller the diameter of the relative aperture and less light passes to the matrix / film of the camera. Calculated as the ratio of focal length to f / D aperture diameter (e.g. f / 1.4), standard values ​​are in one f / stop increments (root of two) - 1.4, 2, 2.8, 4, 5.6, 8, etc up to f / 64. 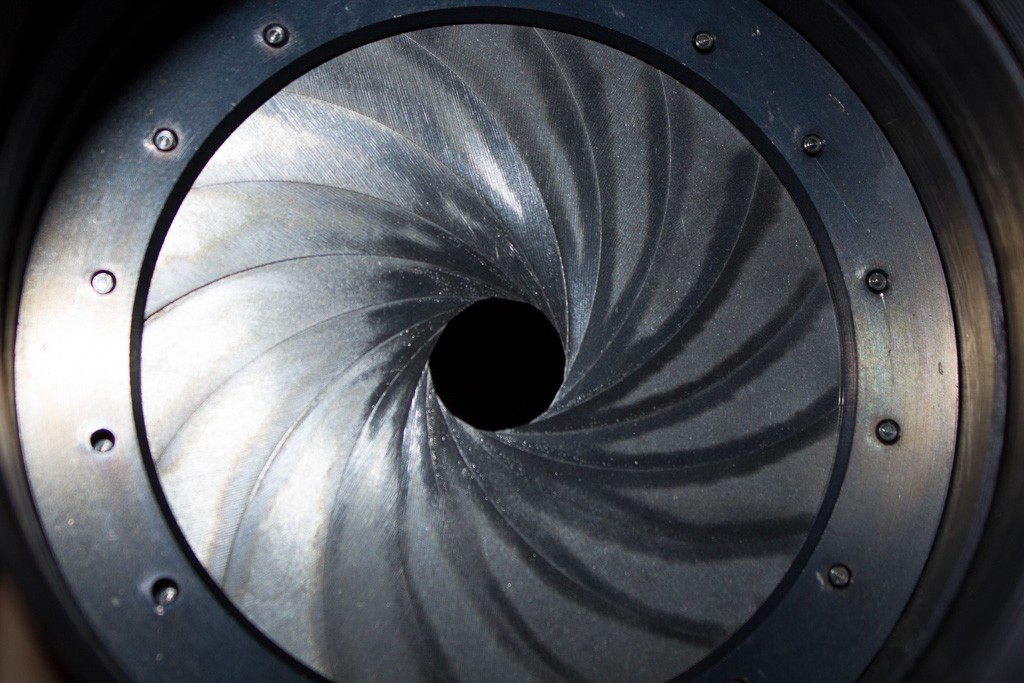 What does the diaphragm affect?

With a change in the aperture value, not only the illumination changes, but also the depth-of-field line. Aperture and Speed ​​Combination shutter form an expo pair. Together with variable photosensitivity matrices form a Trio - expo-pair +ISO... The main purpose of the diaphragm is to change the depth of field. Also, on some optics, the sharpness characteristics of the lens are improved when using values ​​other than open. So, the diaphragm affects:

How the diaphragm works

The iris diaphragm blades of the Tair-3FS lens are a prime example of the diaphragm design. 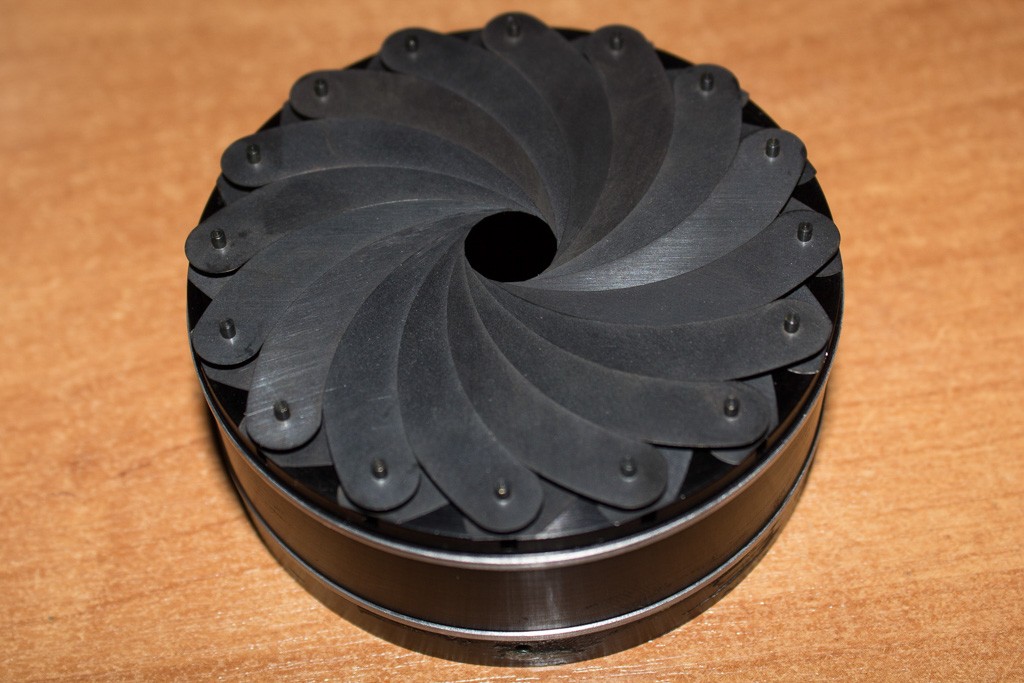 The diaphragm is recruited from the blades defined for a given optical system. The aperture blades are usually steel, matte, with matting and blackening, so as not to glare when shooting with light sources in the frame. In older lenses, the diaphragm was made of brass, but had the same purpose. Control in modern cameras is realized through electronics with an electromagnetic or motor drive of the petals. It is assembled into a separate unit, and can be non-collapsible. In old photographic equipment, the aperture number was manually set using the aperture ring on the lens.

the reciprocal of the relative aperture (geometric or effective - physical).

Remember - the larger the number, the less light comes in, and vice versa. That is, when the aperture is clamped to f / 22, less light will always come than when it is open to f / 1.4. In work, I think you will not have to clamp the values ​​to the limit - the main operating parameters are from fully open (f / 1.4, f / 2, f / 2.8, for example, - depends on the model lens) to 8-16. There is a little confusion associated with this - in fact, bоthe larger number is considered f / smaller, since the largerеThe hole always lets in more light. Hence the f / 2.8 aperture is larger than f / 22 anyway.

There is also a concept “luminosity» lens - the wider relative hole, the faster the lens. Basically, the concept of "luminosity" is used in this vein, although it has a slightly different definition. Not every fast lens is better. Luminosity is not a panacea for solving photographic problems. 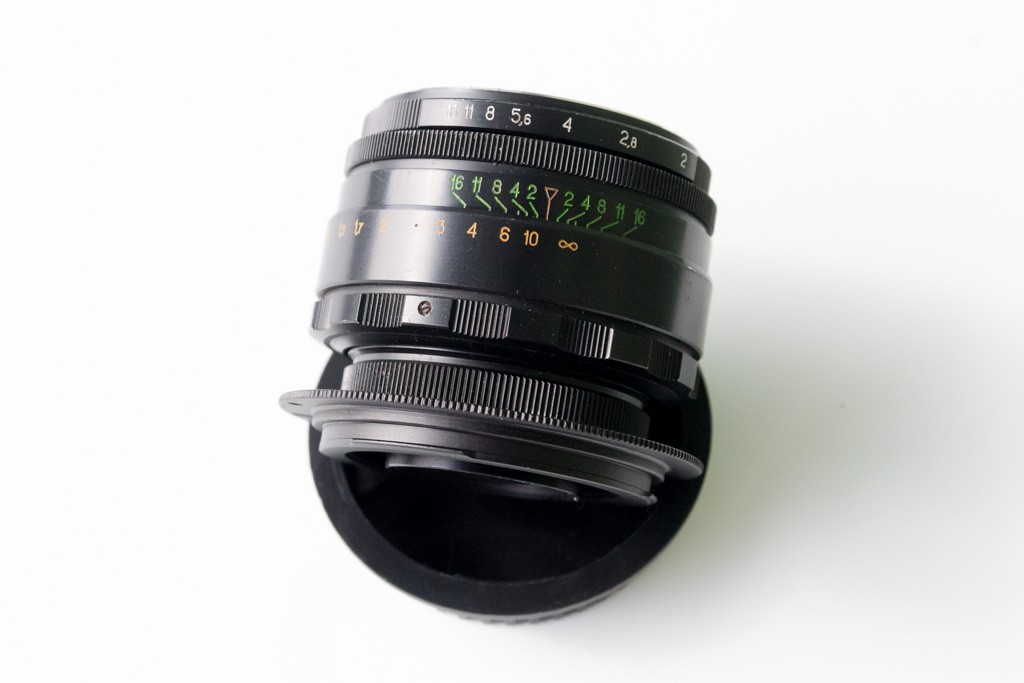 There are many implementations of the diaphragm, but bоThe most common application in photography and video equipment was found in iris. Iris diaphragm allows you to more smoothly change the values ​​of the relative aperture, has a compact size. In addition to the iris diaphragm, the following was also used:

Fixing the required f / value with the preset ring was made in order to be able to focus on the sharpness with a brighter viewfinder. The photographing itself is carried out already at a closed aperture and a set depth of field. Most designs of these retainers are actuated by pulling the preset ring towards you and turning it to the desired value.

The brightest member of the aperture-jumping lens family

Aperture jumping mechanism allows you to set the required aperture without using the preset ring and increases operational efficiency. Repeater (automatic closer) was used to preview the depth of field just before descent shutter... The automatic closer device was activated by an additional lever on the camera body, or lens. 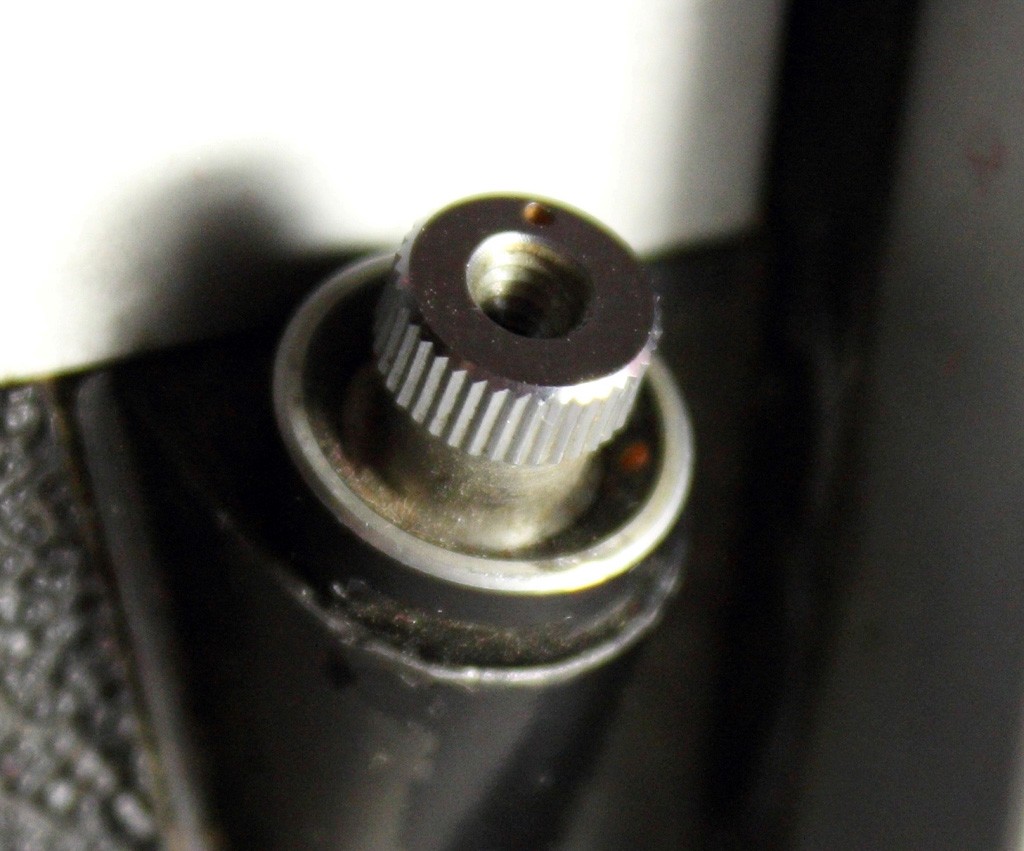 Often, the drive was paired with a shutter release button, while pressing the release button halfway turned on the depth of field preview mode. The Tair lenses from the PhotoSniper set used a very sophisticated automatic closer mechanism, in which the depth of field was only visible immediately after the diaphragm was released, or before it was cocked. This caused a certain inconvenience during operation (the diaphragm was closed to the required value, then it was cocked with the lever, focusing was carried out, and by half-pressing the shutter release button, the closer returned to its original state, closing the diaphragm again).

In modern cameras, the repeater is replaced by a button, or a combination of buttons on the camera body.

Most modern lenses diaphragm has an automatic electromagnetic drive, and manual control you can only observe on professional / cinema optics. Manual control in modern lenses is mainly used for video filming, for operational and smooth control over the depth of field (DOF). 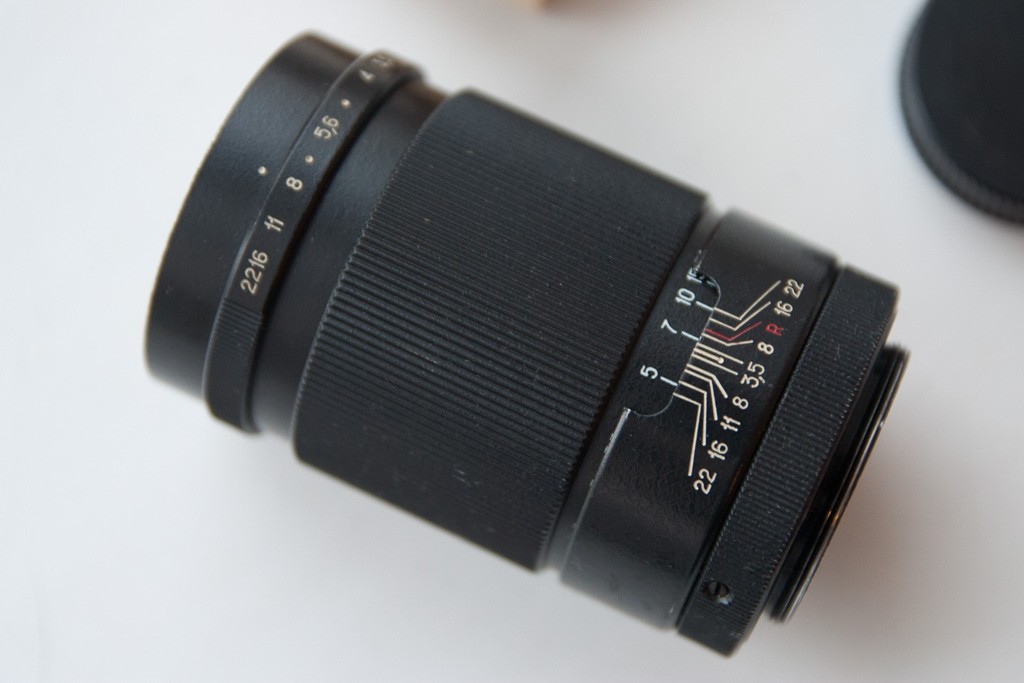 While taking a photo, diaphragm with an electromagnetic drive, it automatically closes to the value set by the camera electronics. For lenses with electronically controlled aperture, the repeater is implemented as a software function DOFV, activated by a button on the camera body or a combination of both.

It is used in cheap lenses, and works on the same principle as the electromagnetic one, only instead of electromagnets, a drive motor is used.

The picture quality passed by the optics (in particular, sharpness and detail) is improved up to a certain threshold value of f /. Wider beams of light have the nasty tendency to paint additional color distortions in the picture. This feature reduces its impact on the picture with a small cover of the aperture. As a rule, color distortion disappears almost completely at f / 4 with most lenses.

The method of avoiding chromatic aberration in this way is called aperture. Do not flirt with the maximum aperture values ​​- the higher the value, the higher the chance of reaching the diffraction limit for the current camera + lens configuration.

Aperture as a mode of operation (Aperture Value, Av)

Aperture Priority - mode of operation of the camera with the priority of the set aperture value. The user sets the required aperture value (required depth of field), the automation calculates the value of the remaining parameters.

In the absence of electrical connection with the lens (manual lenses), the automation uses sensors to measure the level of illumination of the frame and set the rest of the shooting parameters.

By driving diaphragm you can achieve both a more artistic picture and an increase in depth of field, making adjustments to the exposure.

Greater blurring of the background and subtle depth of field is obtained precisely at the maximum "open" values, which is used in portrait and art photography. It is important to remember that when shooting a portrait, there is a thin depth of field and the most open relative hole lens allow you to explicitly separate objects from the background. For this, in fact, high-aperture lenses are used. 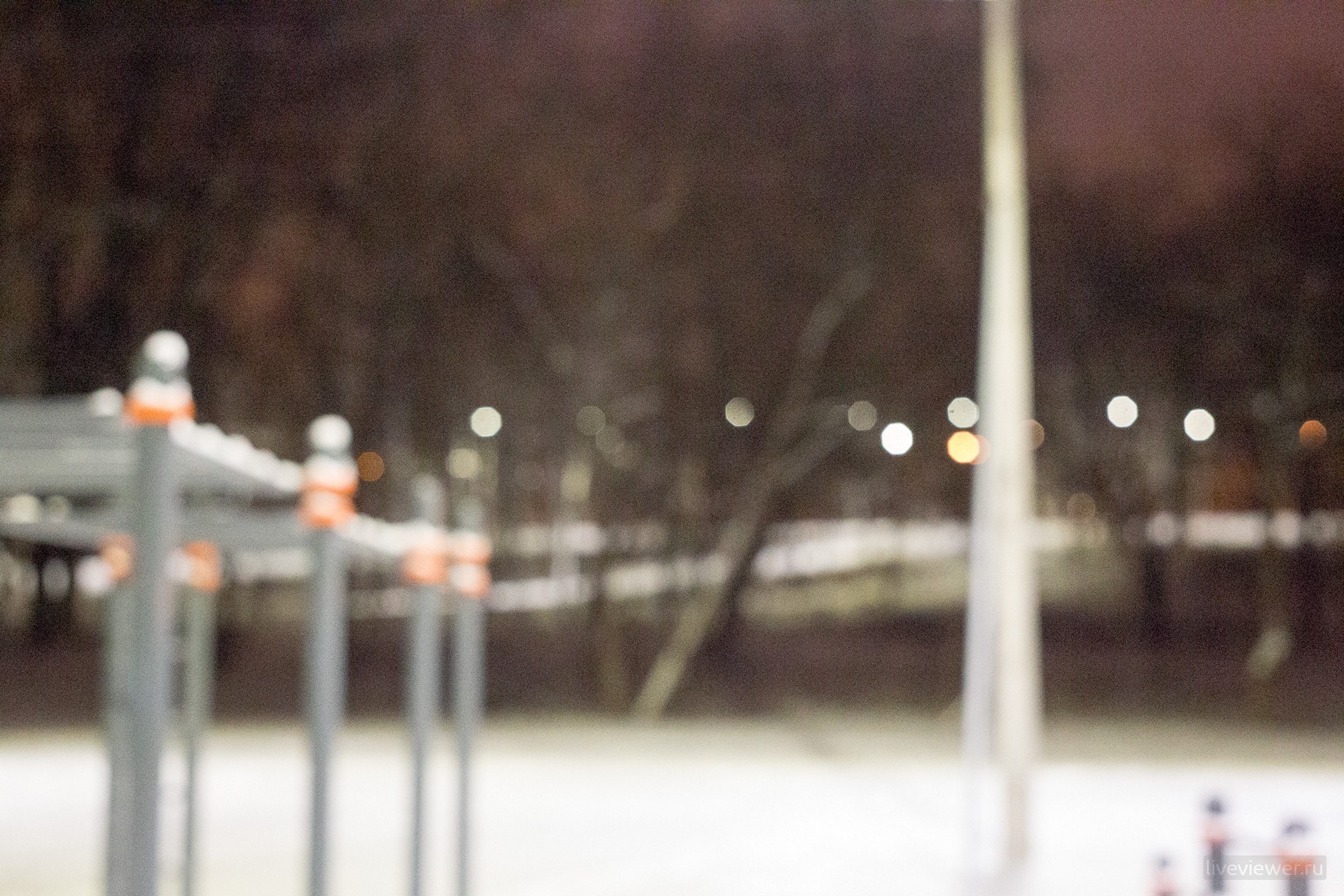 Note - the higher the maximum f / lens, the more expensive the optical scheme is - hence the high specific cost of high-quality "light" lenses. A fast lens will allow you to increase the maximum possible shutter speed shutter and to avoid shaking in the photo at dusk, without increasing the sensor's photosensitivity and while maintaining an acceptable level of noise in the photo.

Bokeh, and the resulting artistry of the lens depends on the focal length of the lens, the configuration of its optical scheme, the set aperture value... Use what you learn about aperture and related other parameters to dazzle your friends with artistic photography.