The Pentax K200D is the last Pentax camera released to the market prior to its merger with the Hoya Corporation. The main advantages are a dustproof case, a matrix dust shaker, a stabilizer built into the camera.

A seemingly clumsy unit, Pentax K200D is able to surprise its owners with a good image quality (matrices are the same as Canon 40D, manufactured by Sony). Finds the language with Soviet optics without problems, through an adapter from M42 to bayonet Pentax. Externally, the camera is somewhat reminiscent of the Sony Alpha A300, apparently due to the almost identical arrangement of the buttons on the panel next to the display. 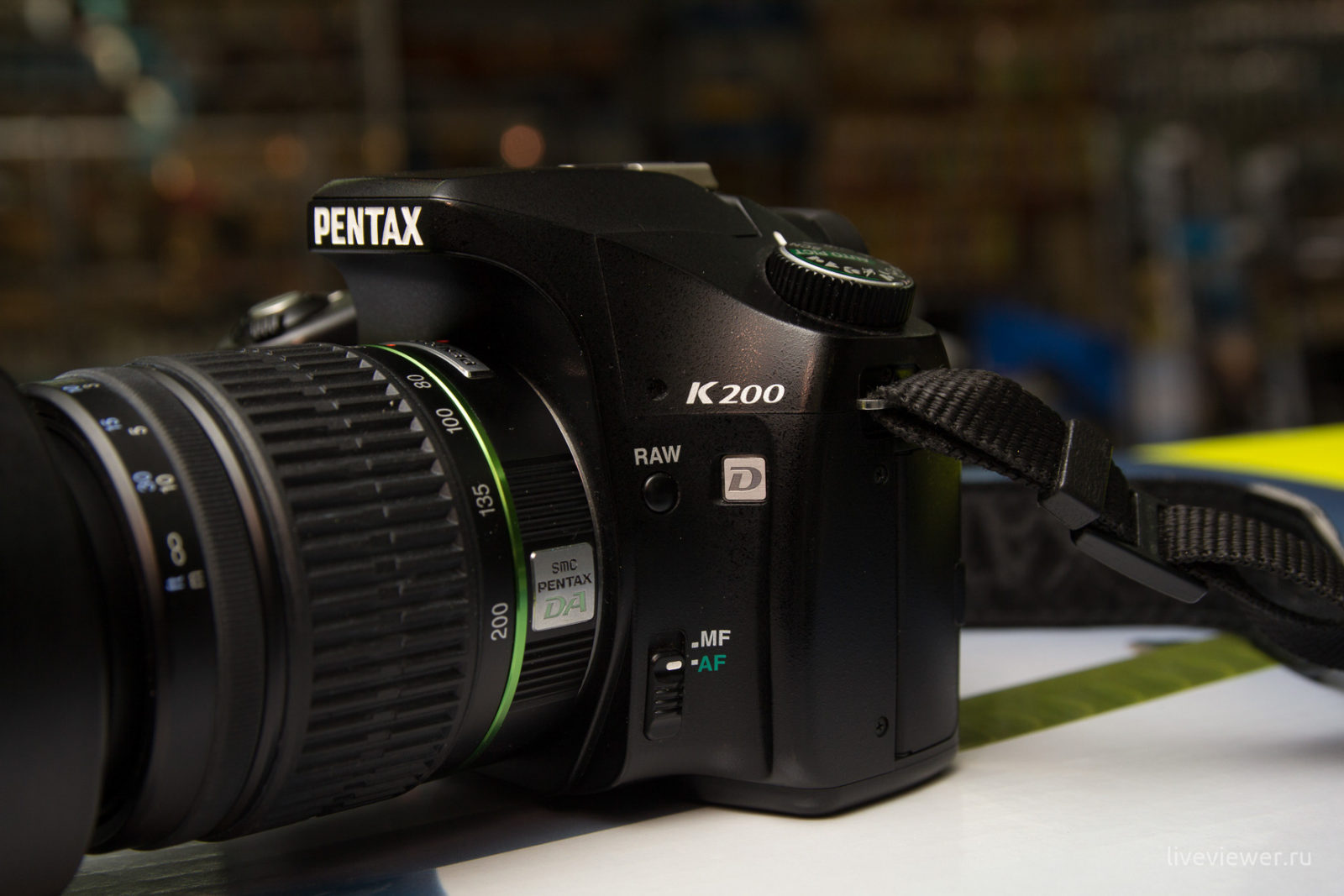 This specimen was supplied with standard station wagons 18-55 and 50-200 with a variable aperture number, and not particularly distinguished in terms of the quality of optics (like all "whale" lenses). 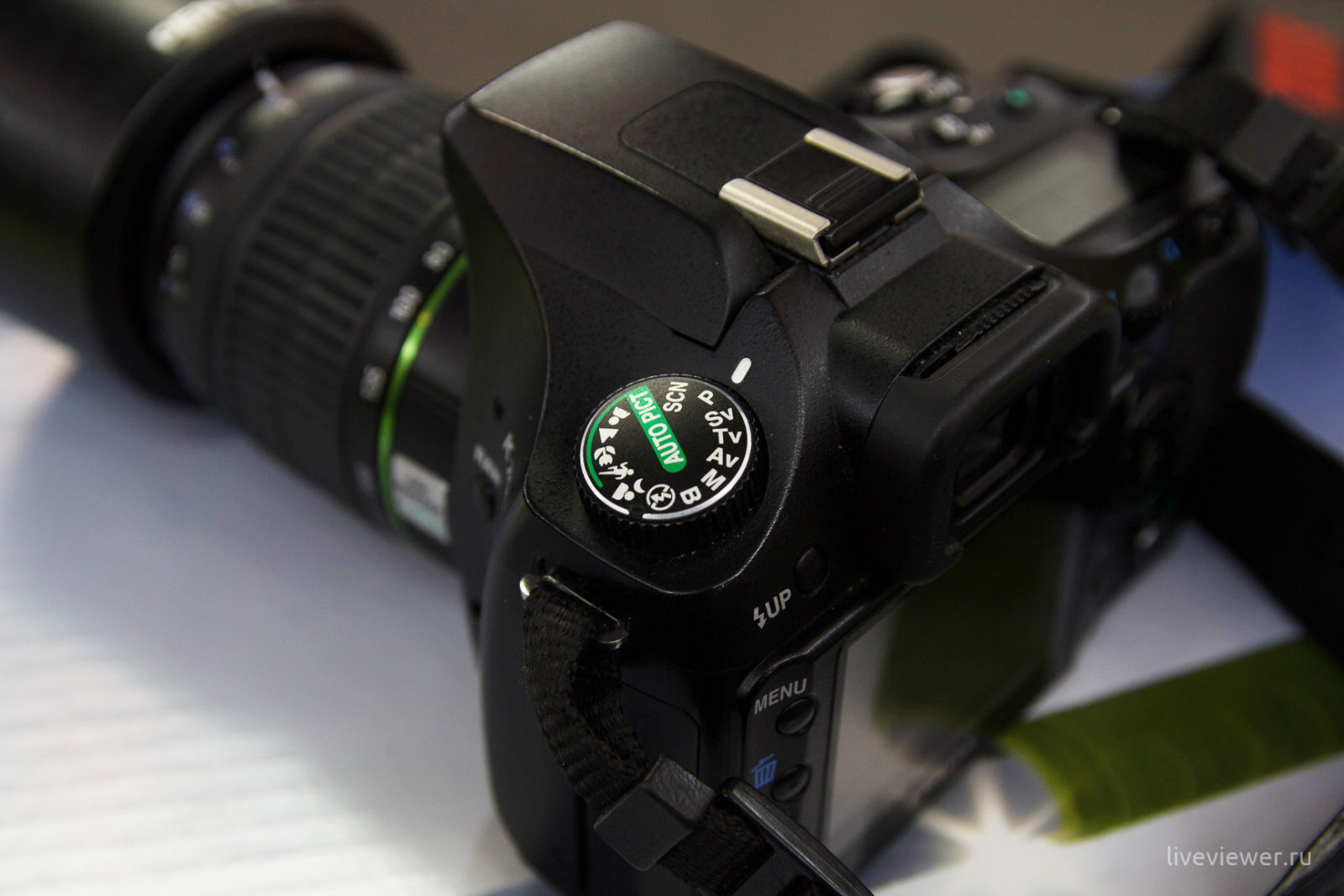 The camera, as already mentioned, has an image stabilizer built into the carcass, which is a definite plus when using threaded optics. By the way, it works great - it is quite possible to shoot for 1/30 of a second without using a tripod. The shutter has a minimal lag, the speed of stamping frames reaches three per second, but the buffer fills up after the fourth frame - you have to wait about seven seconds before the next actuation when saving frames in RAW, and three in JPEG. 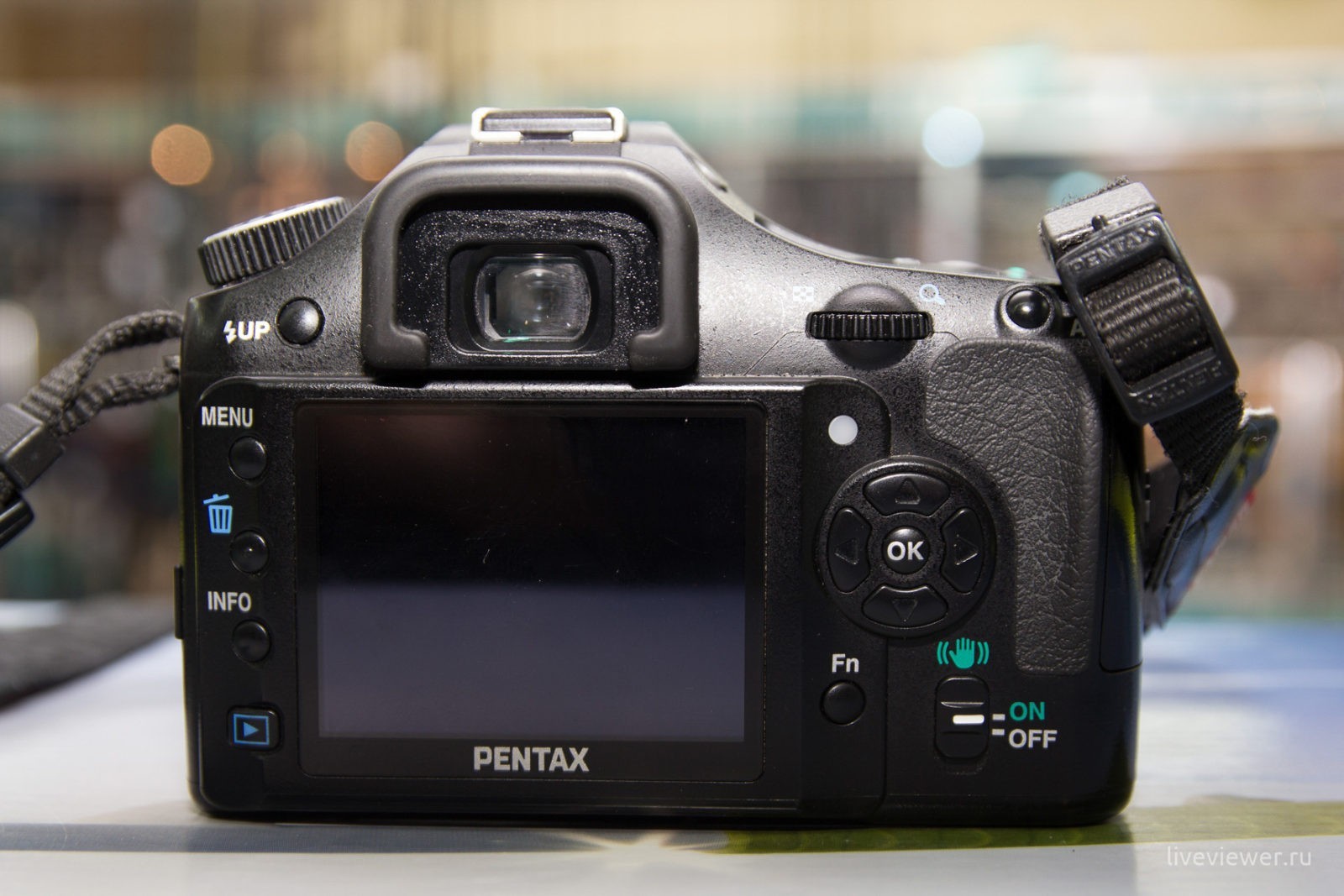 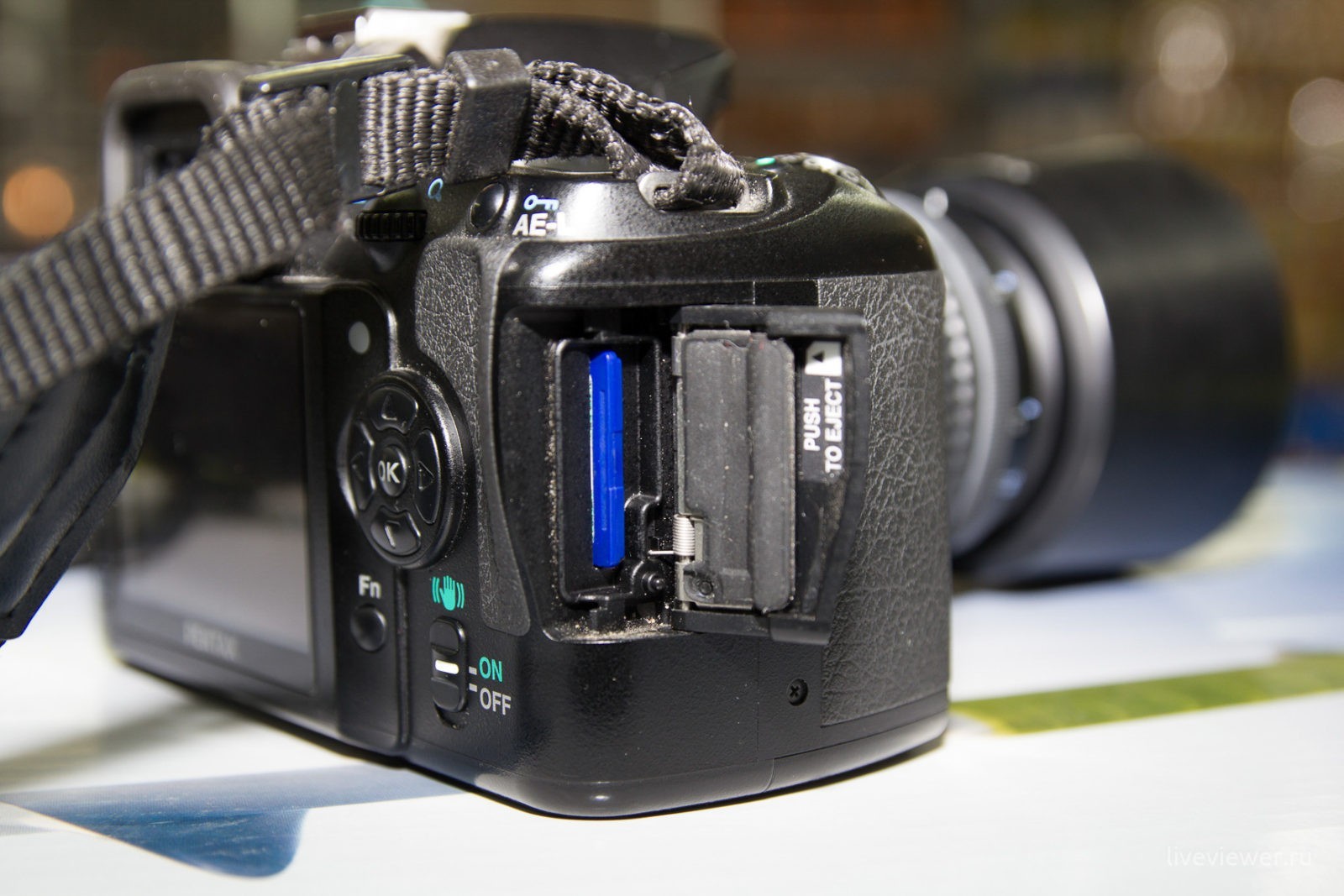 Correction of dead pixels, by the way, is possible with Canon only in SC. The built-in dust shaker is noisy, as is the image stabilizer. When the camera is turned on / off, the stabilizer knocks inside, and the matrix cleaning system adds vibrations to the overall picture. During operation, no extraneous noise was observed.

The parameter change disk rotates with effort, due to which it does not switch spontaneously when working or carrying. The sharpness of the viewfinder eyepiece is adjusted by the slider behind the camera's eyecup, which is slightly recessed into the body (due to this, the adjustment never gets lost). 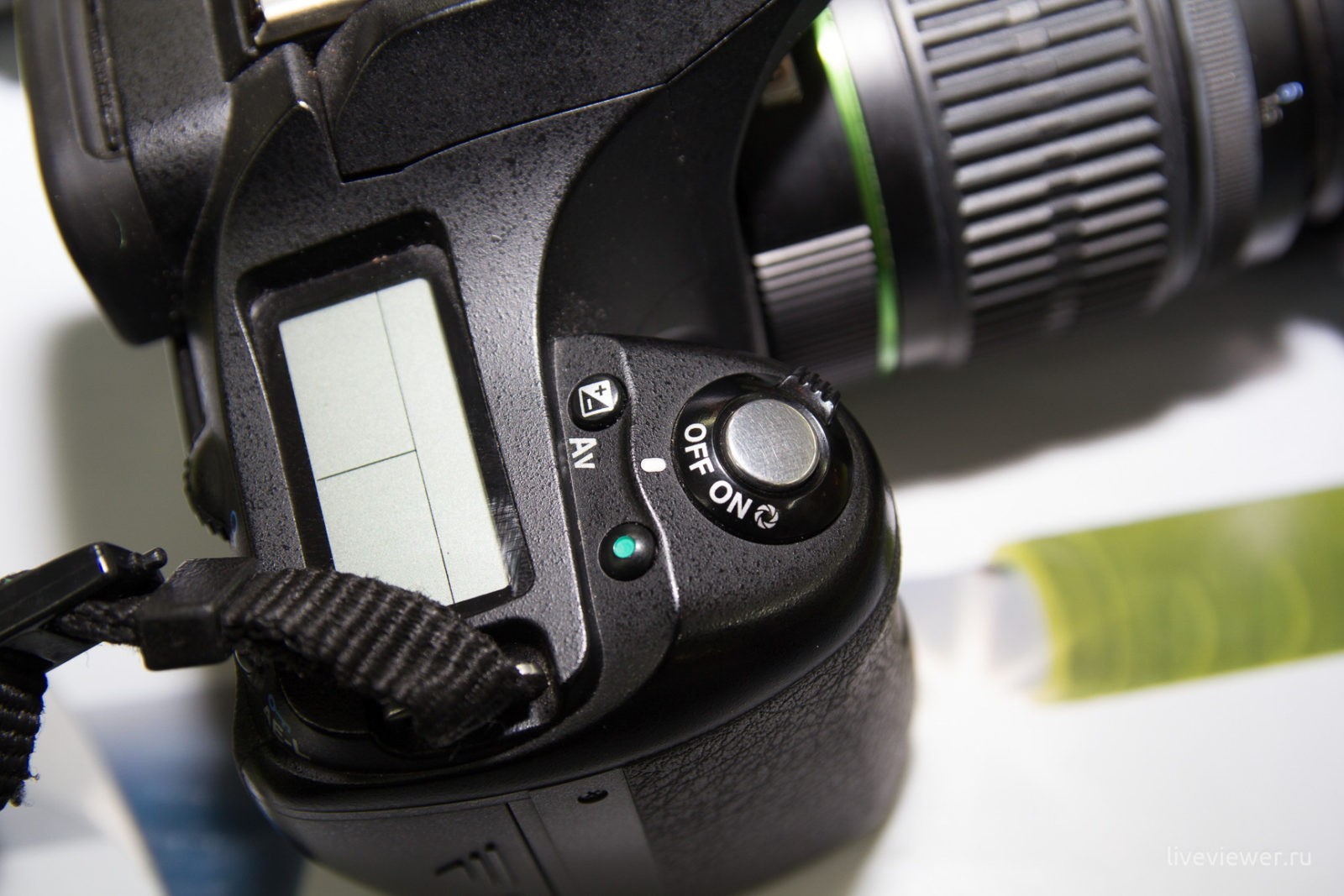 An additional green area on the Pentax K200D control wheel will allow the beginner to adapt to the camera. The lens diaphragm can be controlled both electronically and mechanically, for this there are both devices in the camera. 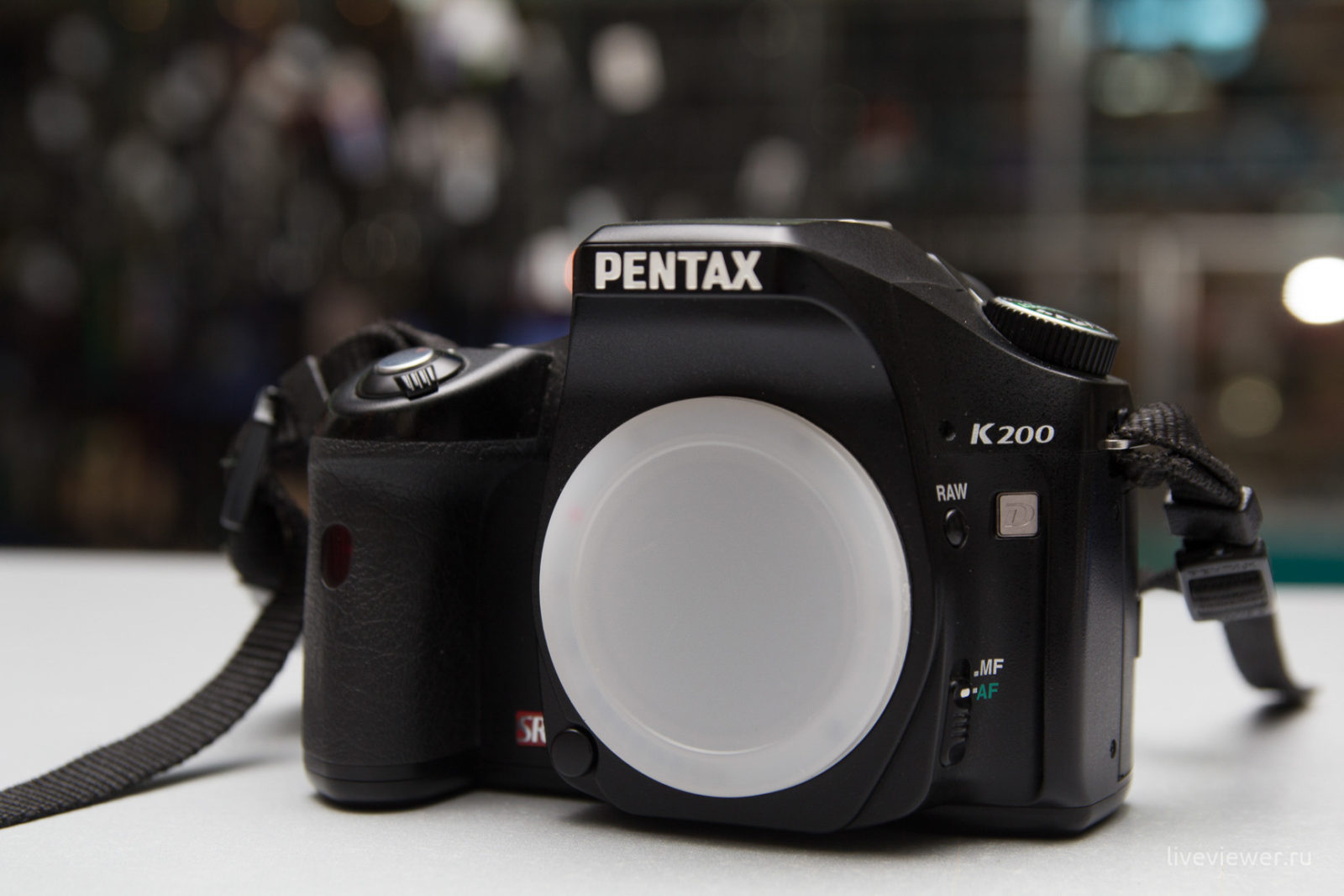 Pentax whale lenses do not have additional switches on the body - the autofocus drive is controlled from the camera, the AF-MF switch. 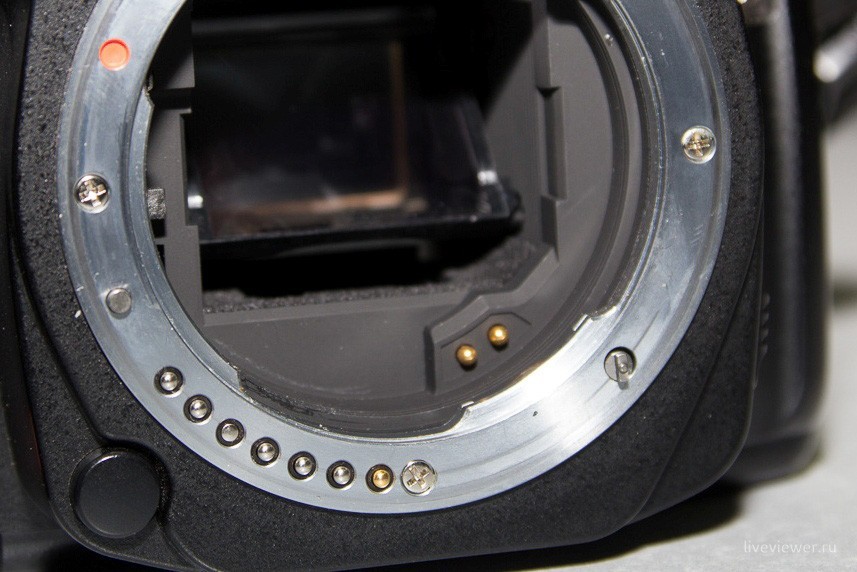 The camera, of course, has some drawbacks: for example, it is not possible to set exposure compensation in any modes except manual (M); the display does not show the sensitivity values, except for the Sv mode (priority ISO). You have to constantly use the Fn button to view the current value. 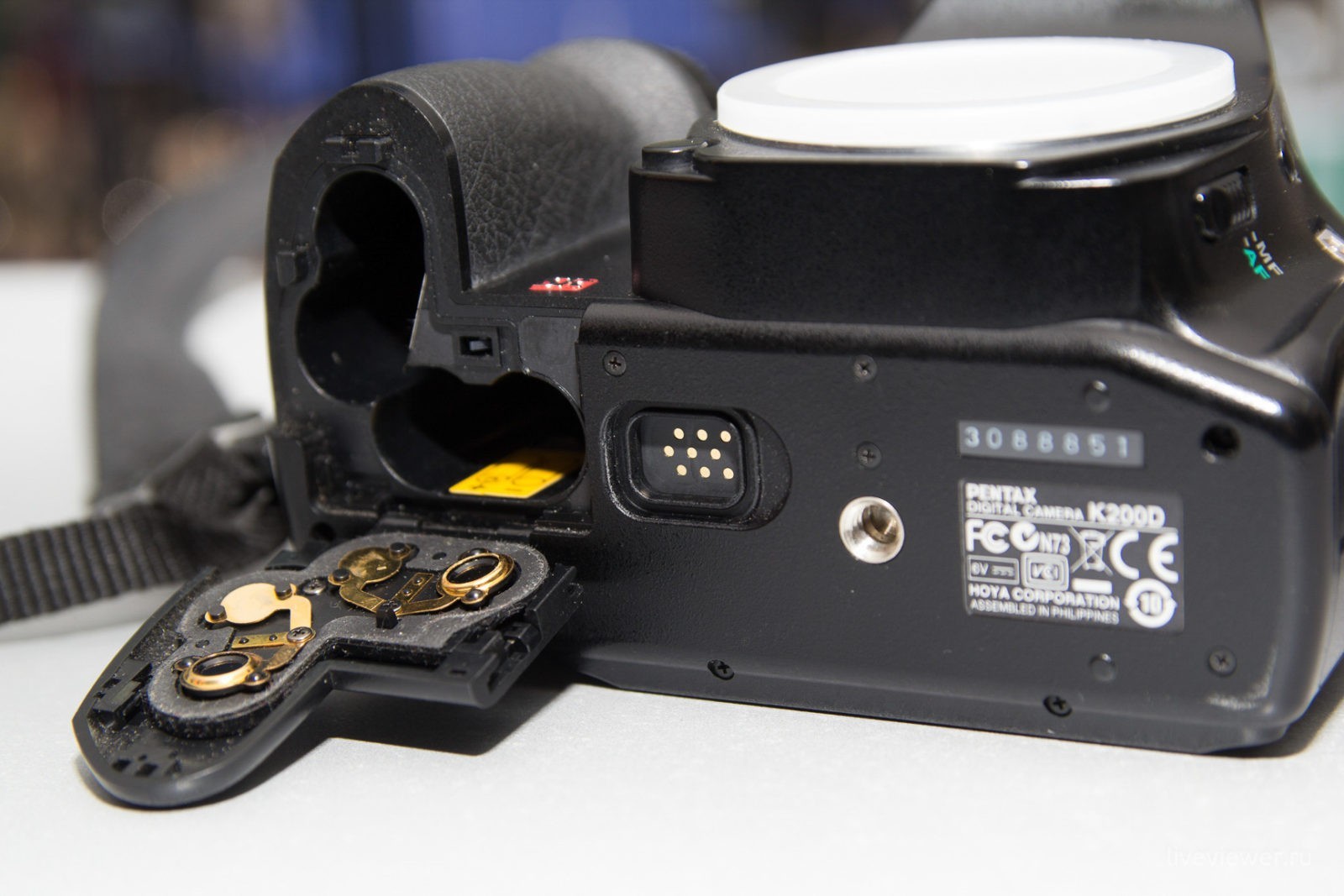 When the value is set to auto, - ISOselected by the camera program we learn only from EXIF frame by opening the file properties on your computer.

I also found it inconvenient to group the elements of the camera's software menu, as well as to work with AA batteries (adding weight). 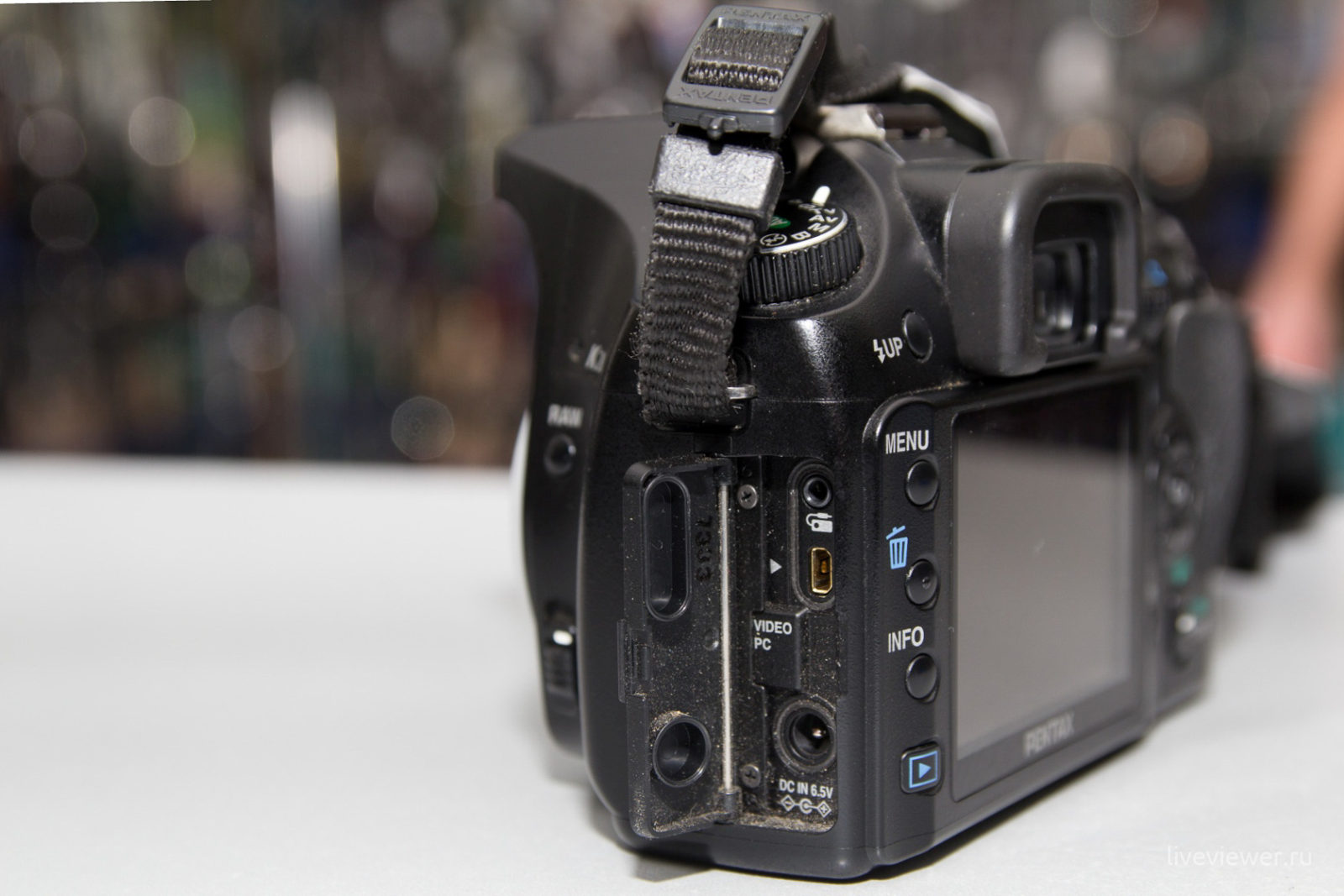 But you can buy batteries anywhere and not worry about the fact that the device will be left without power. The camera does not have the LiveView function, which is so necessary when shooting with threaded lenses if there is no focusing screen (by the way, you can buy it with the camera). For me, the critical thing was the lack of a button for previewing the depth of field (DOF). To some extent, the preview is implemented by turning the camera turn-on lever towards the icon with the aperture image. 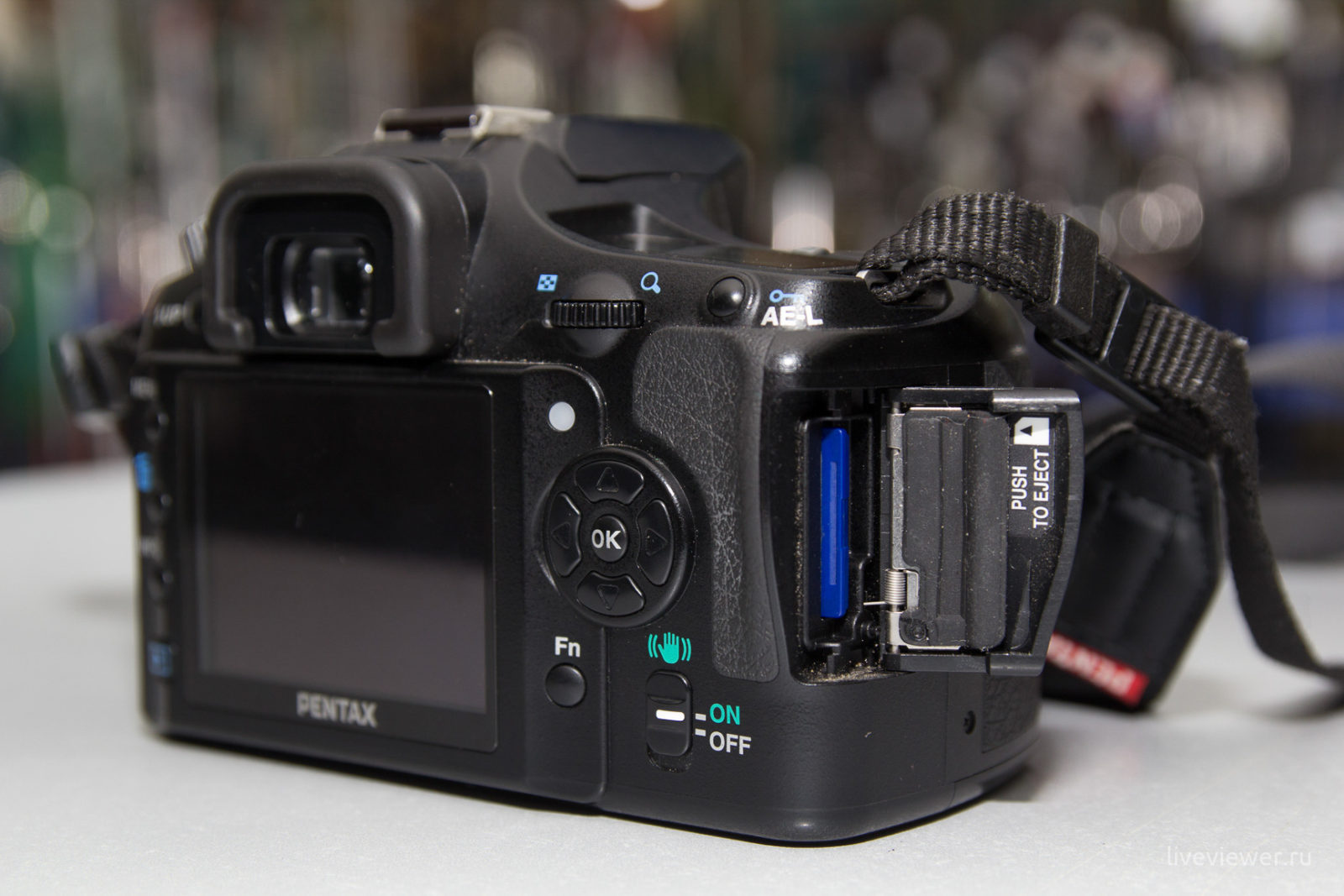 When selected, triggers shutter and the display shows a picture that hangs until we press the shutter button shutter... The display, although 230000 points, allows you to see the picture when viewing the footage. During viewing, by the way, there is an image comparison mode.

The camera did not work properly with a large memory card. The optimal memory card was established empirically 4 gigabyte HDHC class 2 from Sandisk. The camera does not shoot video. Supports wired and wireless IR remote controls, as well as connecting an external power source directly to the camera. The connector of the cable for connecting to the computer is not unified. 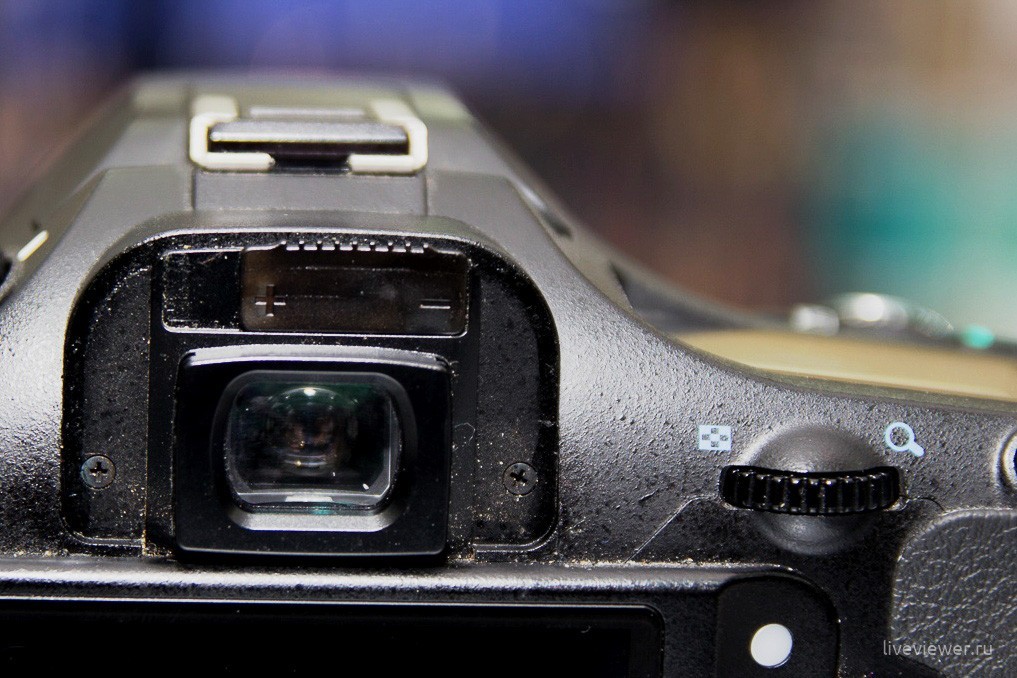 The dial for changing the parameters is placed under the thumb, which is inconvenient when simultaneously controlling the camera and sighting through the viewfinder. To navigate and change parameters, you need to use two hands, in contrast to the "Canon" two fingers of the right hand. Convenient or not - I think it's a matter of habit.

Sample photos on the Pentax K200D

In general, despite, in my opinion, rather strong mistakes in ergonomics, the Pentax K200D is worthy of attention, especially when you consider that its cost in the secondary market starts from 4 thousand rubles per body.