Judging by some data, a device from the Praktica FX2 series (second generation, which was produced from June to September 1954) VEB Kamera-Werkstätten Niedersedlitz (former Kamera-Werkstaetten Guete und Thorsch, future Pentacon). In total, about 34 thousand copies were produced, then the devices acquired a second connector for synchronization with flash lamps.

Cameras "Praktica" on the portal

Aluminum body. The control discs are nickel-plated, brass. On the front panel of Praktica FX2 there is a connector lens, output for connecting flash lamps. Known devices with body finishes in other colors.

Exposure control in the Praktica FX2 camera is presented:

The Praktica FX2 is a classic fully manual camera. The only assistant to the photographer is an external light meter. 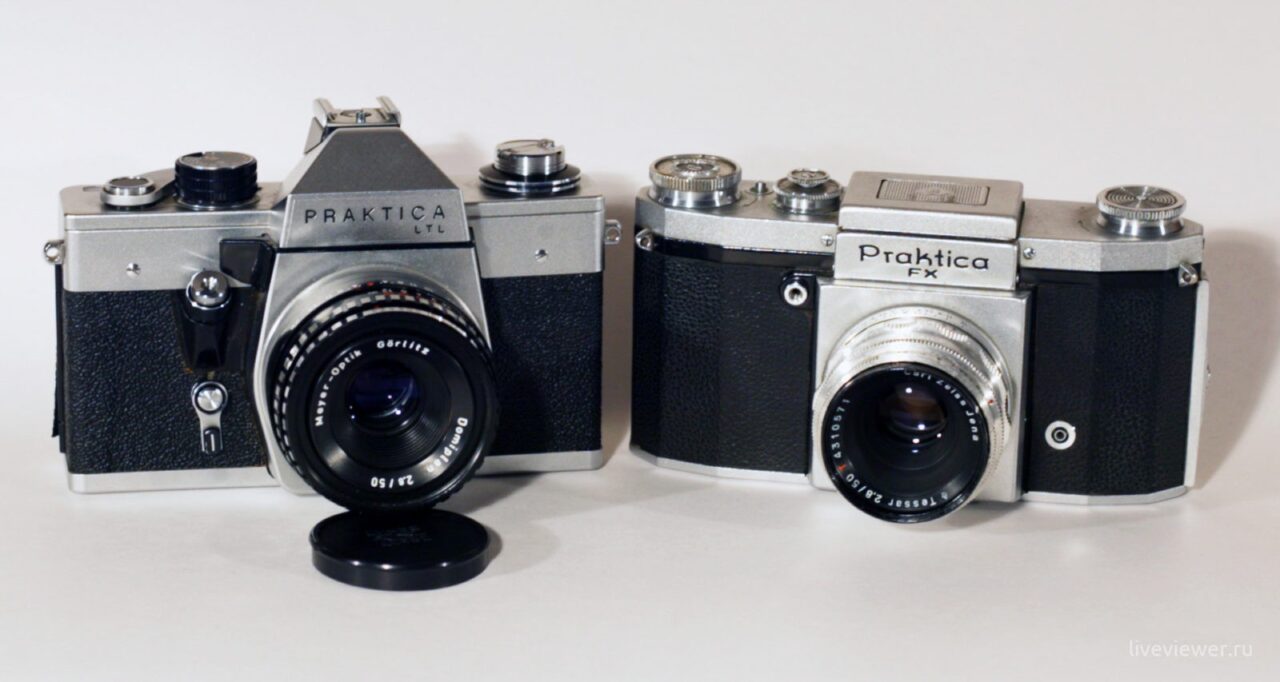 Aperture control is not set by the camera itself. It is necessary to manually set the values ​​on the lens.

Cameras are found both with a sync connector in the middle of the body, and in the lower part of it (as in the photo) 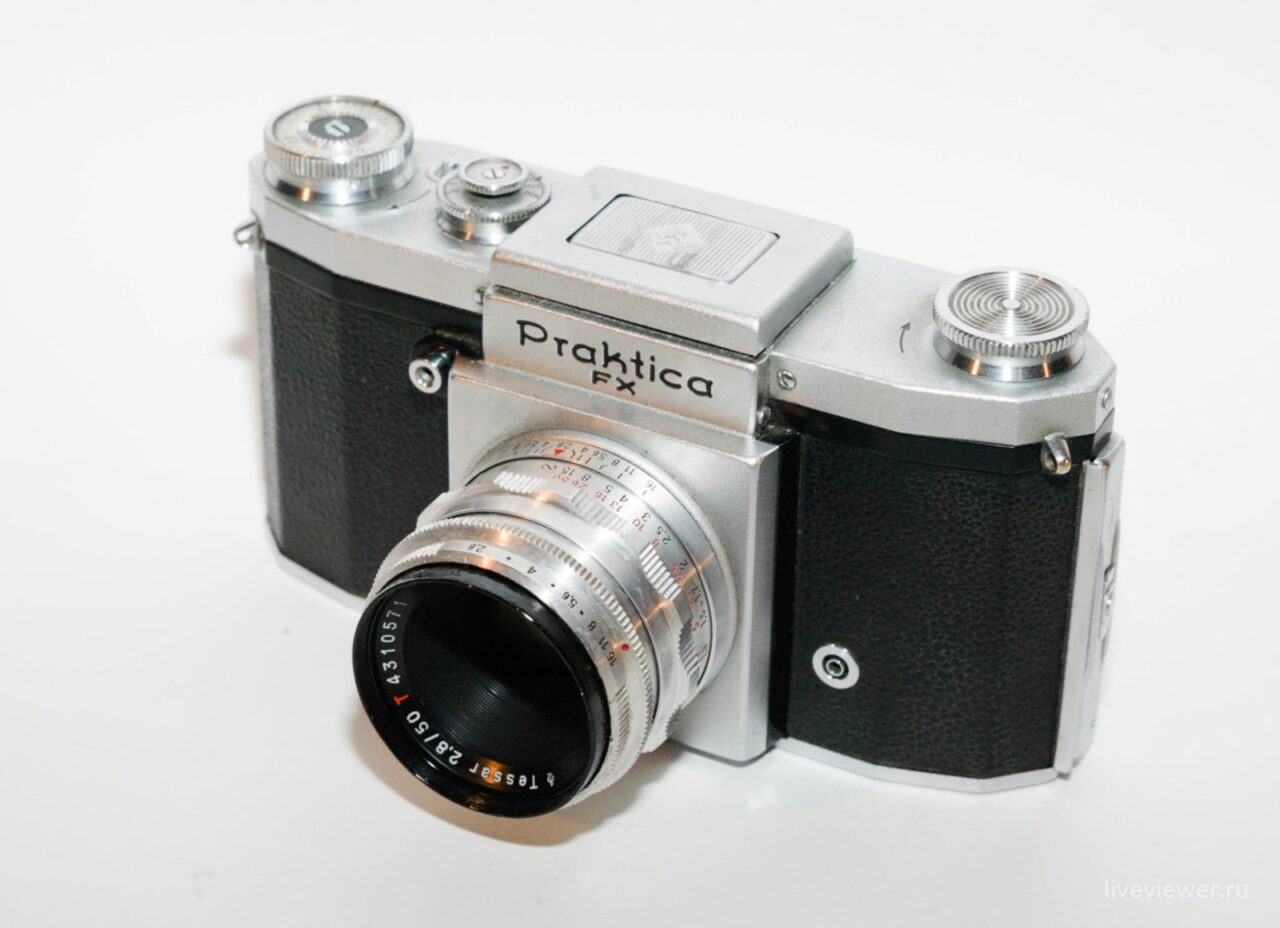 The device does not have a built-in exposure meter.

The convenience of working with a camera from the 50s is, of course, so much. Especially, the mine viewfinder is embarrassing. God forbid a man who saw a couple of such cameras. A device for unhurried shooting and thoughtful positioning of objects in the frame.

Film rewinding is of a roulette type, rewinding is switched on by pressing a button on the top cover. The back cover has a lock, the cover can be removed completely.

For Praktica cameras, any 135 type (35mm) film is suitable, in standard spools. You can use both black and white and color, you can wind the film yourself. Can be purchased from artisans. A budget hobbyist color film from Fujifilm or Kodak, black and white Tasma, works well. Films c ISO 400 are suitable for low light conditions, and on films with ISO 200 is best for shooting outdoors in clear or slightly cloudy weather. Examples of photos on film can be viewed here.

Like all film cameras with cloth curtains. Not very high due to childhood diseases of the curtain shutter

The machines in working order are valued higher than the later Praktica models. A unique and interesting thing in its own way.