He is the EOS Kiss X50. Can be found in the red version of the case. A great option for a novice amateur photographer, the camera is capable of taking great pictures and works great with both professional and amateur optics. Despite the presence of "dark" AF sensors, the diaphragmx up to f1.4 inclusive, the Canon 1100D's phase-detection autofocus makes exactly the same mistakes as the older models. The model has been produced since 2010, and in 2013 it was replaced by the EOS 1200D.

EOS SLR camera, which includes both digital and film cameras since 1987. The camera is not only suitable for modern optics with bayonetohm EF, but also the optics of the USSR period through adapter Canon EF - M42. Read the article about adapters.

Instead of a pentaprism, the device has a pentaprism, due to which it is slightly darker and smaller in area than models with a full-fledged pentaprism. The 63-zone metering sensor can operate in evaluative, partial and center-weighted metering modes. 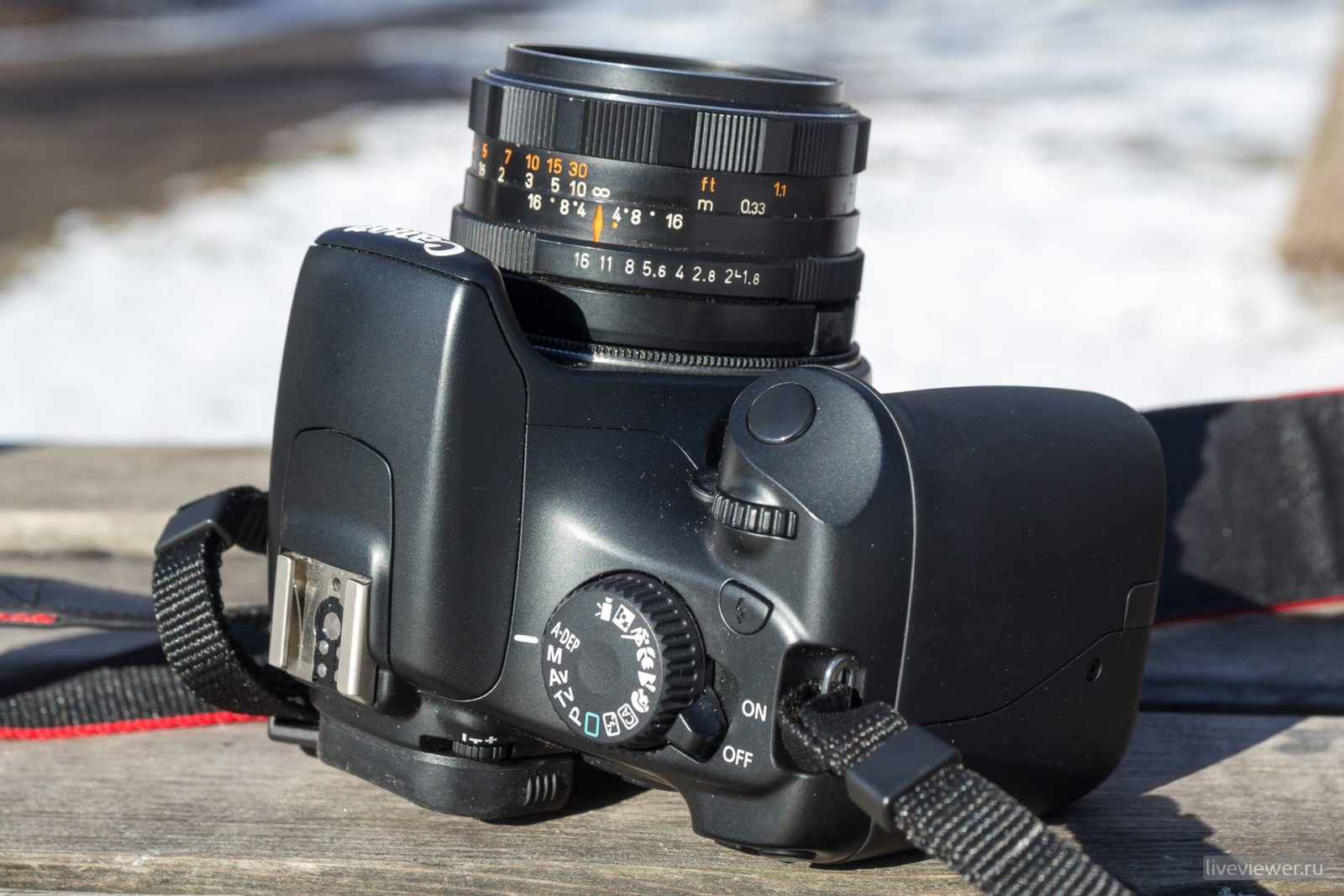 The many green zone modes in the EOS 1100D, Canon implemented back in 1989 in early DSLRs. Manual control and programmable machines allow using the device both for amateurs and beginners of photography. The matrix noise is almost the same as on the older models of devices with a crop factor of 1.6, but on the older ones the sharpness will be higher. 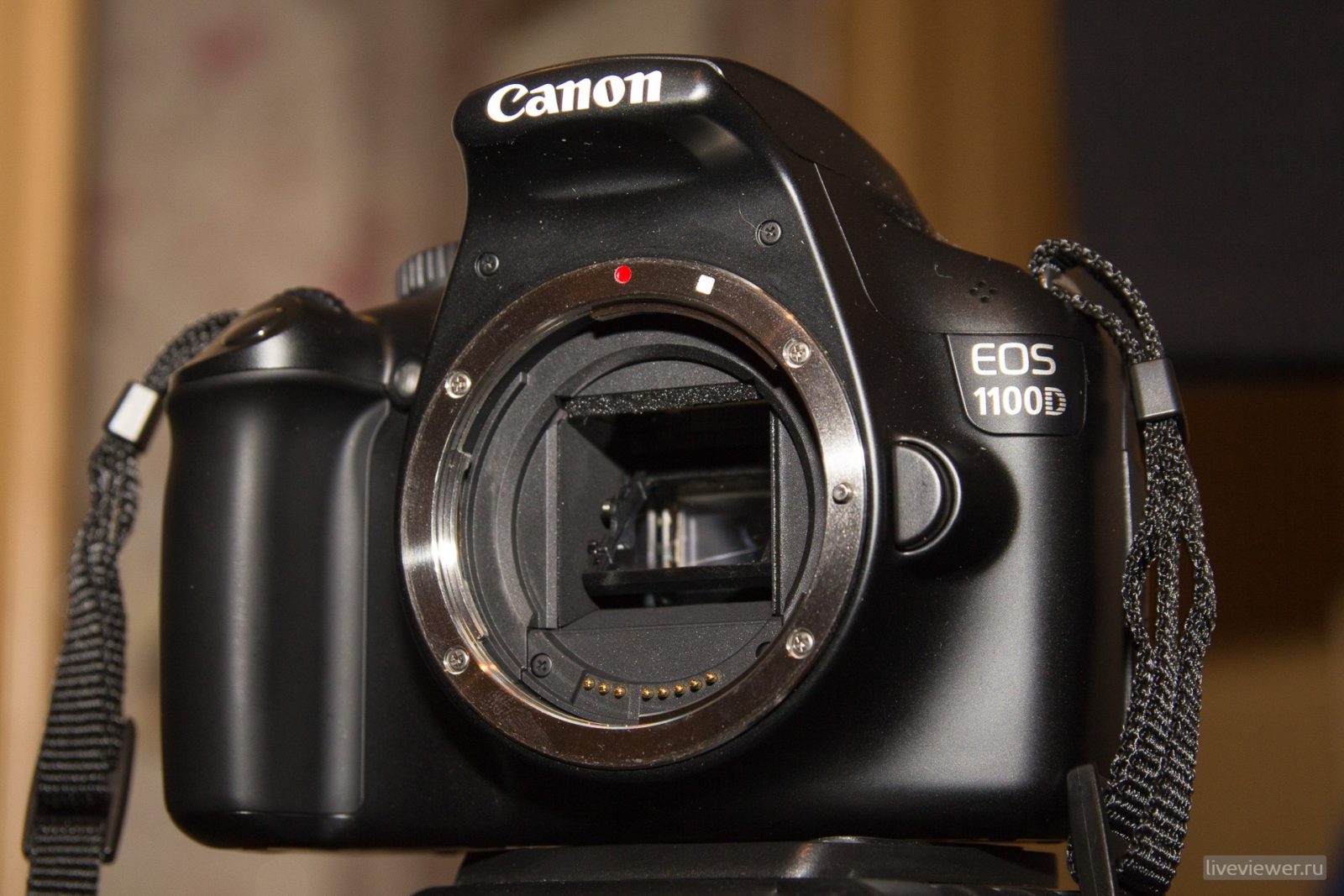 The device has a Live View mode, which is useful when using Soviet optics through adapters. The focusing screen can be replaced with any other one purchased from the Chinese). Display 2,7 inches, 230 thousand points. 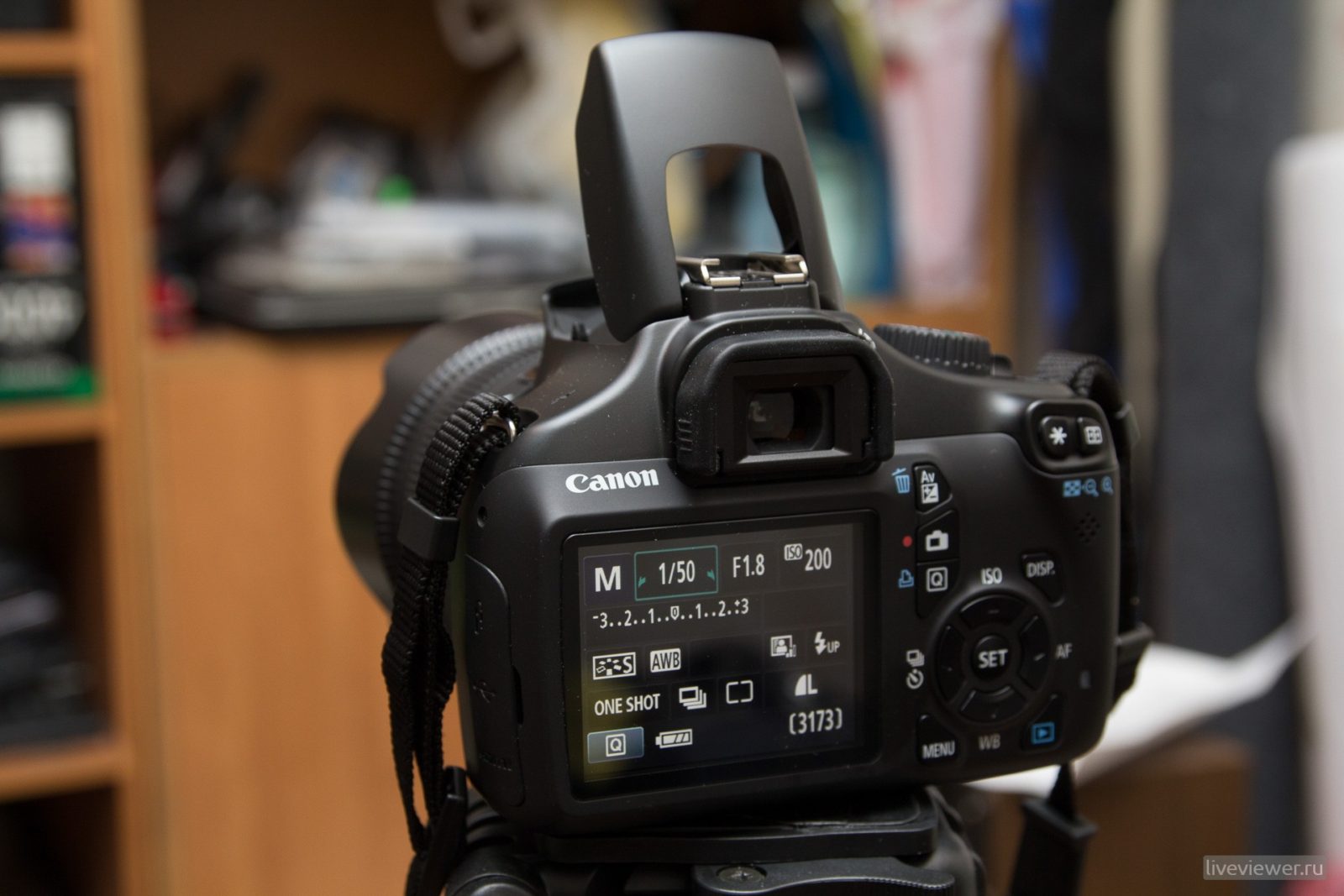 Although the dots are large, they allow you to work comfortably with the Canon 1100D and look at the captured images right on the camera screen. The controls are collected in one place, everything is controlled by the index and thumb of the right hand. The body of the device has no finishing, there is only a small layer of rubberized coating on the camera handle. 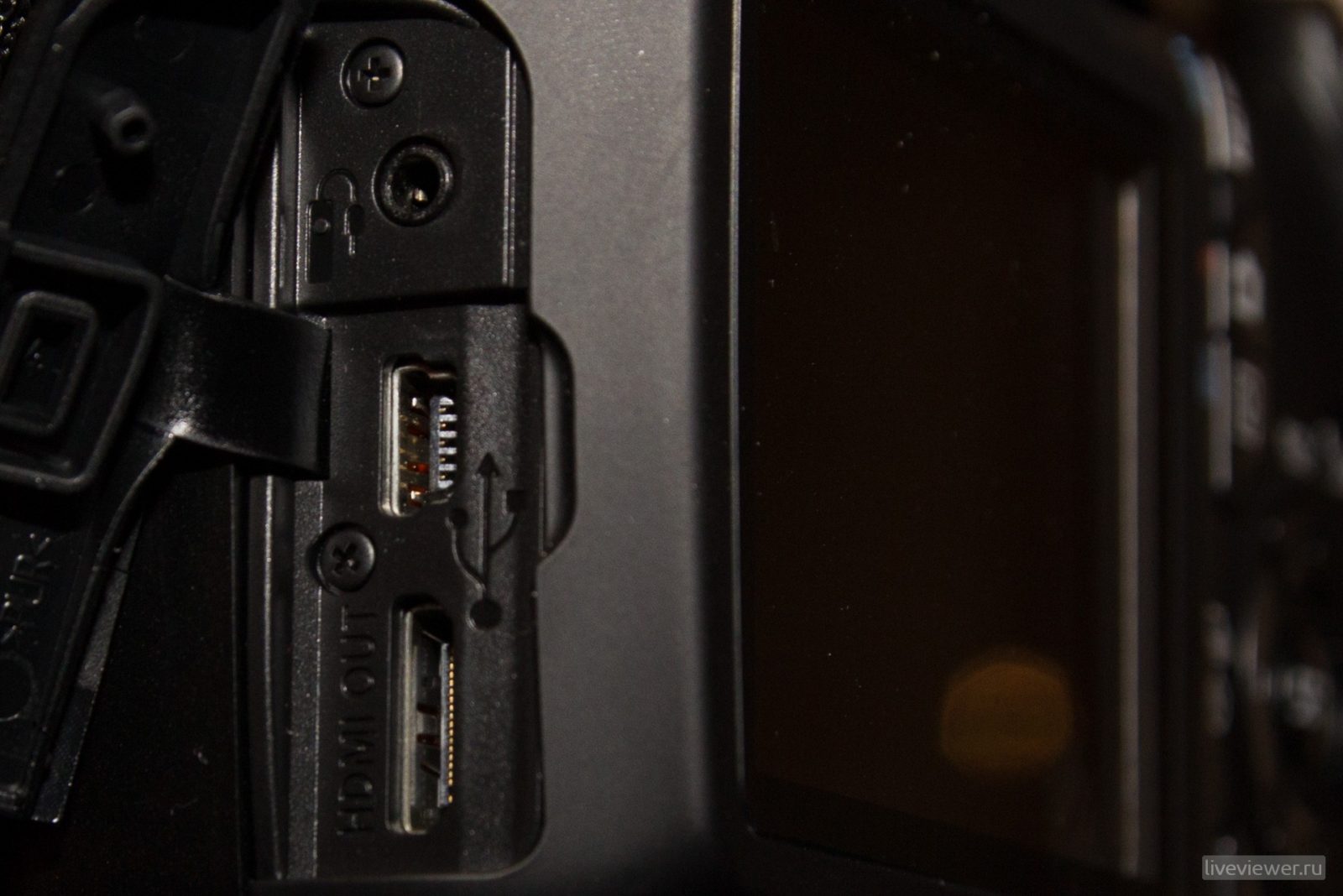 It sits uncomfortably in the big hand, the little finger and ring finger are always on weight. EOS 1100D has a decent lag shutter, the mechanics are designed for about 75 thousand operations. 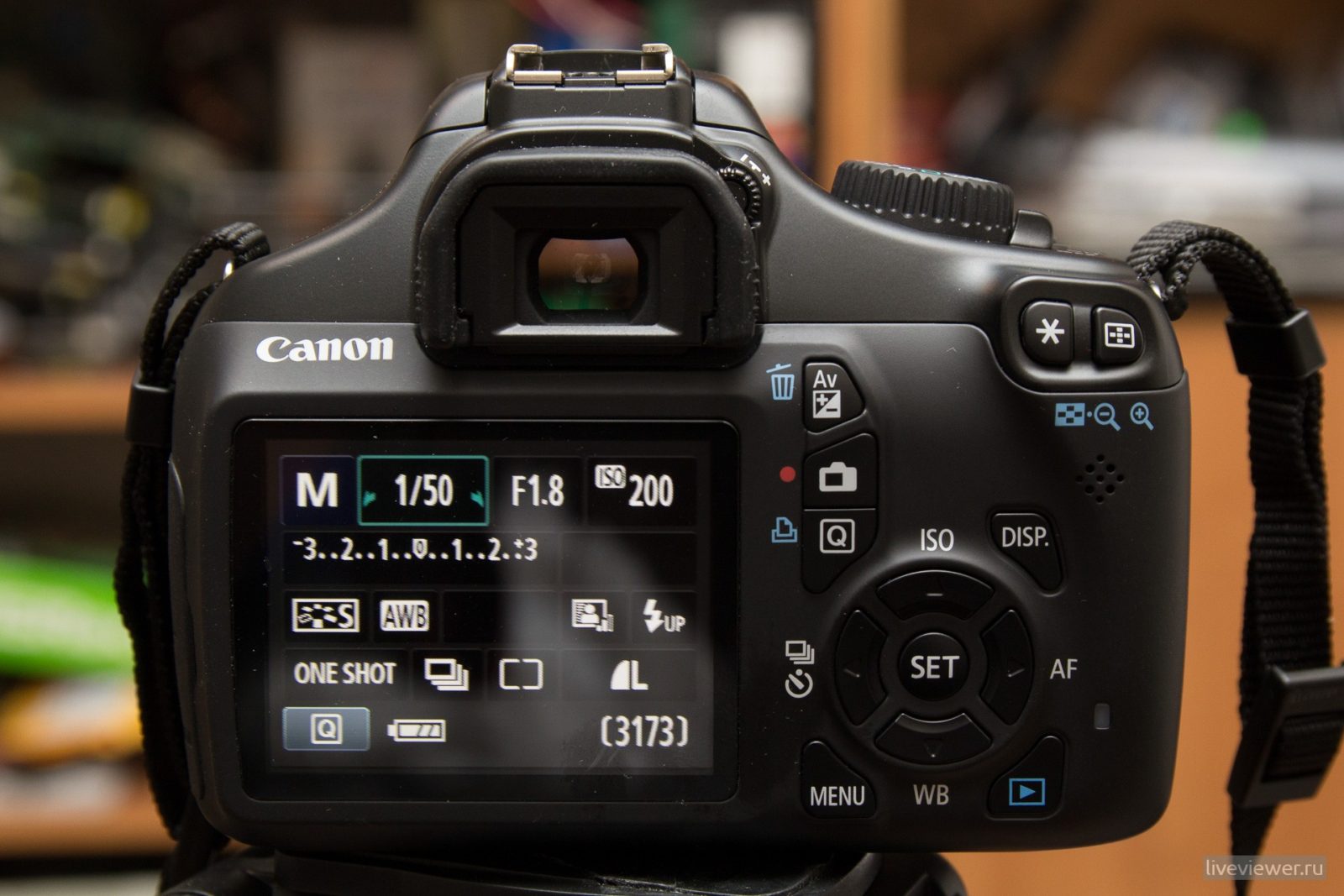 Due to this, continuous shooting is not too fast - about 1,5-2 frames per second. The memory card slot is located under the same battery cover, which, of course, makes it inconvenient when filling the memory card while shooting with a tripod. 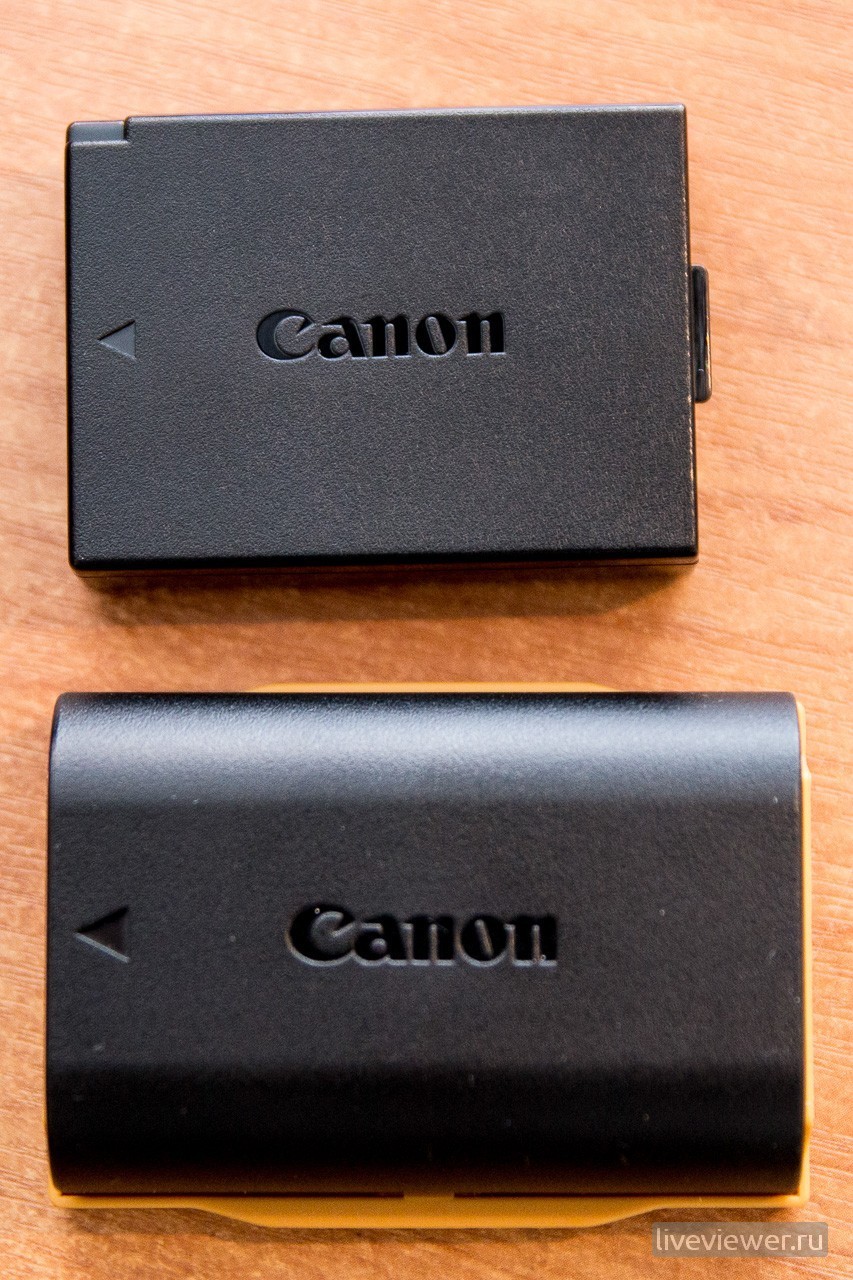 There is no depth of field preview button on the body, but can be programmatically assigned to the SET button. The unit does not support wireless remote controls, and wireless flash control.

Movie shooting with the EOS 1100D is limited by Canon to 4 gigabytes of file size or 19 minutes of shooting. When using memory cards lower than class 10, the camera interrupts the video due to a buffer overflow. 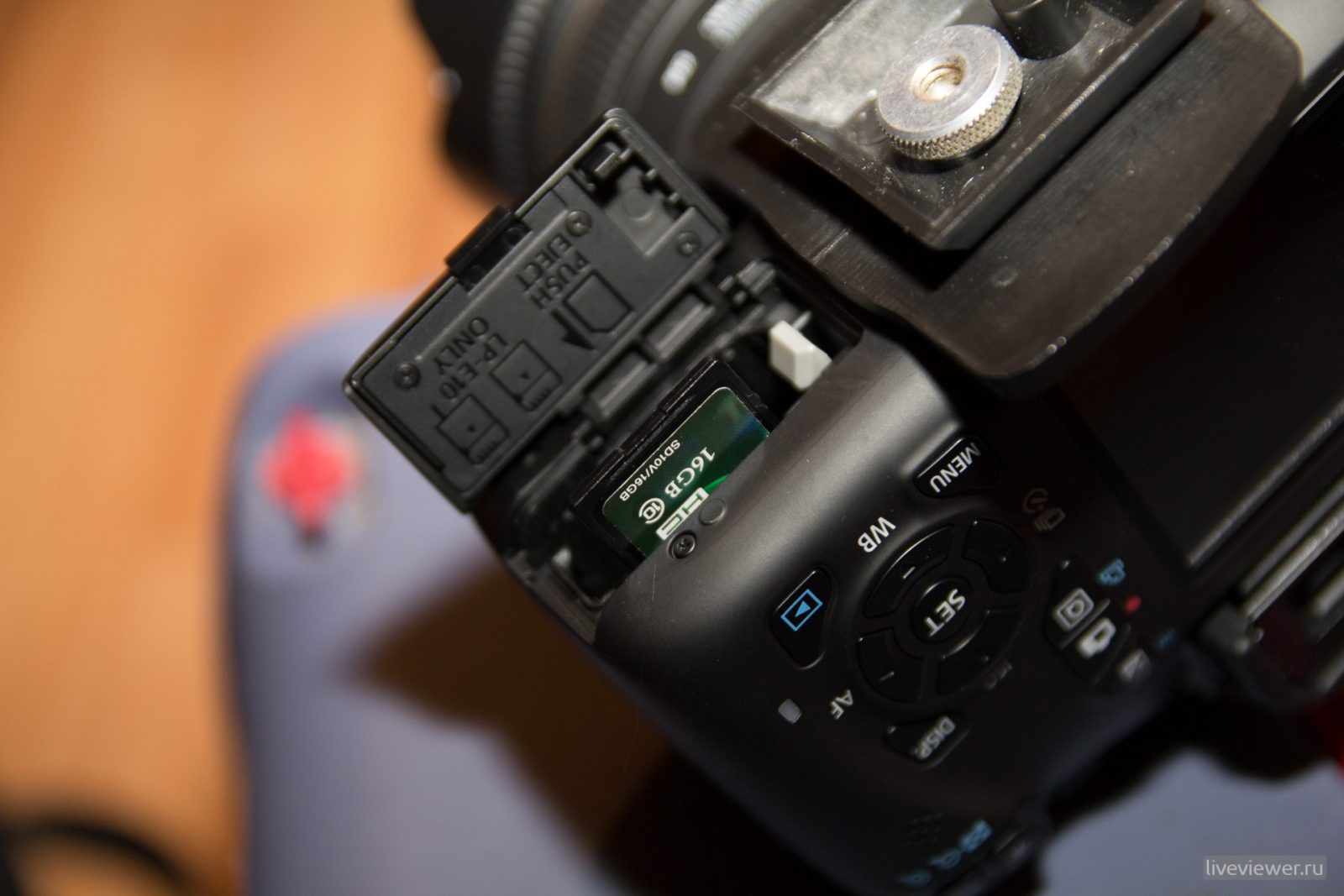 Canon EOS 1100D is officially supported by unofficial Magic Lantern firmware, which expands the functionality of Canon cameras. If you are an advanced user, you have probably heard about this program. If not, then I recommend reading about it in my Magic Lantern article.

The EOS 1100D, like the entire digital Canon lineup, is compatible with older lenses. Without dancing with a tambourine, old lenses with M42 thread can be installed on the camera, through adapter M42-EF... It will be relatively comfortable to work with old lenses only in the aperture priority mode. In other modes, it is necessary to rely on the readings of the camera's exposure meter in order to correctly set the settings for the photo.

In general, a good device for work, for a beginner, like the first digital SLR camera - the very thing.

One comment on “Canon 1100D | review with examples of photos "