Canon Kiss (EOS 500) - introduced to the market in 1993. The European and American versions were named EOS 500 and Rebel XS, respectively. It had a QD index with a dating cover. The Panorama modifications were sold in Japan.In 93 in Russia, this Canon EOS 500 was a rarity and cost a lot of money. The body price in Japan at the time of release was 59000 yen.

Basically, at that time, cheap film "soap dishes" that were just appearing on the market were in demand in Russia. An advanced amateur photographer, for the most part, used the exact mechanics of the USSR production - Zenit, FED, Kiev, etc., in which there was only a lens from electronics TTL- exposure meter sensor. 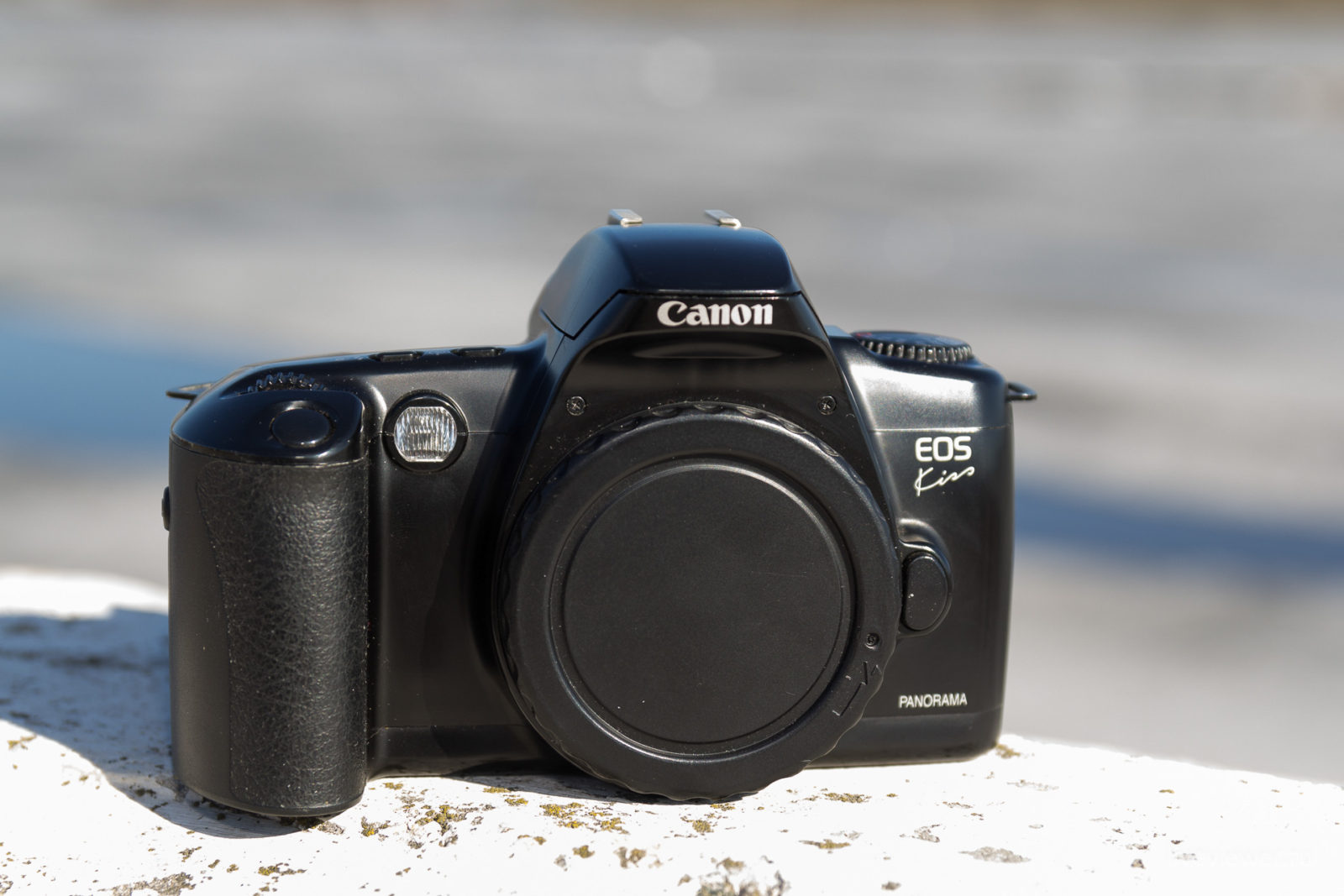 Canon EOS SLR on the portal

Canon EOS 500 is compact and lightweight. Works with everyone lensEF lenses, you can also install EF-s lenses from certain manufacturers if you wish, and through an adapter with M42 - also Soviet optics and optics, for example, the Japanese or the Germans of that time .. Despite the outward simplicity, tightly arranged electronics is hidden under the plastic case. The radioelements are soldered directly on the loops; a high-voltage unit of the built-in flash unit is placed on the PCB. There are no buttons for previewing depth of field and display backlighting.

Light, assembled on the basis of a pentamirror.

This unit has three auto-selectable focus points (center can be manually selected using the AE (*) button.

The sensors of the phase detection autofocus system are located under the mirror, and are visible to the naked eye when the gatef. The current focus point is not displayed, there is only a switchable focus confirmation beep and a visual indicator in the form of a green dot in the viewfinder information display.

The autofocus range is from 1,5 to 18 EV (artificial room lighting - bright sunlight). The electronics itself switches to tracking mode when the movement of the photographed object is detected.

Exposure metering Canon Kiss (EOS 500) automatic, turns on depending on the camera mode. During camera operation, depending on the mode, exposure compensation is available in both positive and negative directions (+ -2 EV). 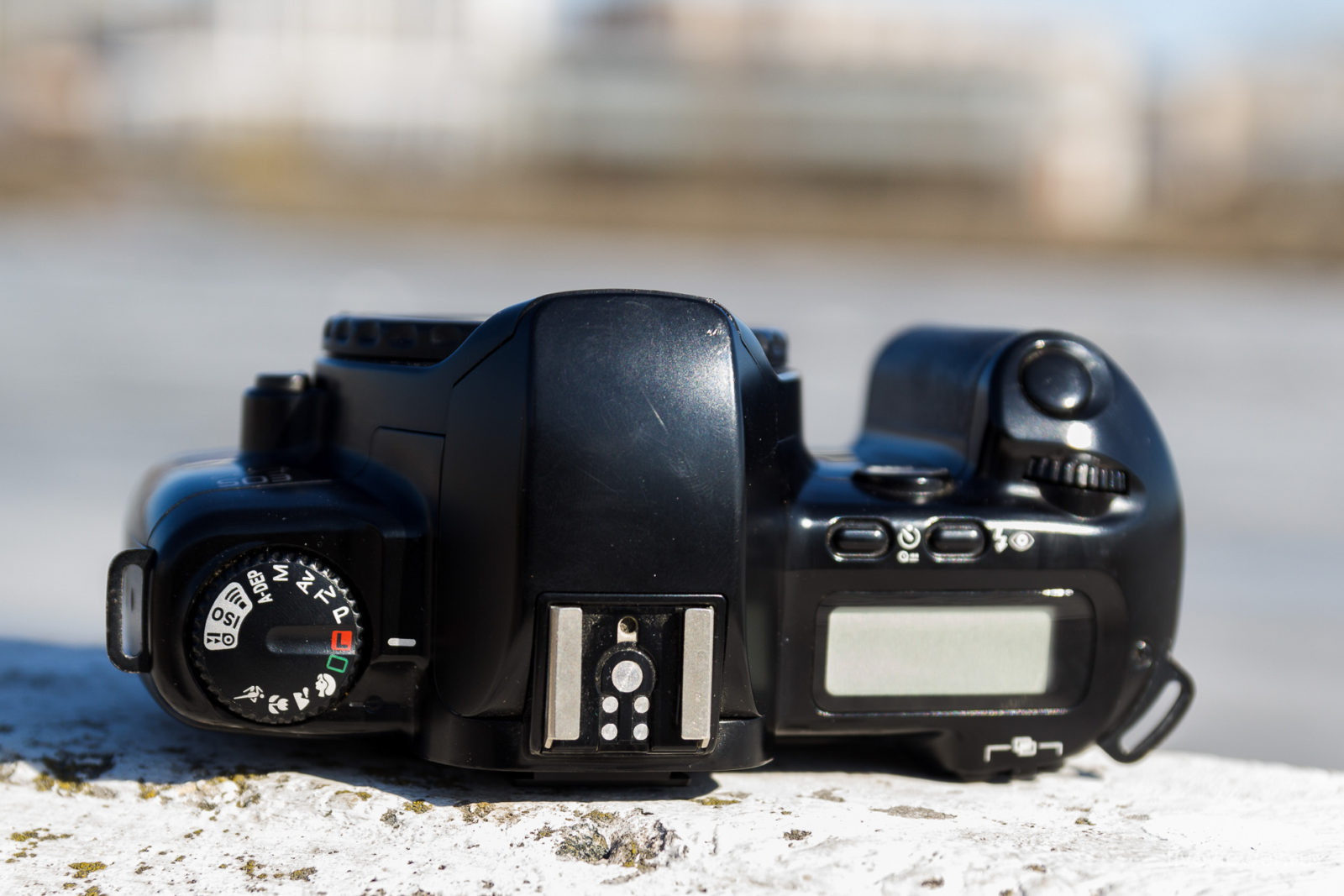 There is no depth-of-field preview button. The aperture is controlled automatically by the electronics of the camera.

Focal-plane shutter, vertical travel, with metal shutters. The range of shutter speeds is from 30s to 1/2000 seconds in 1/3 stop increments. In Panorama modifications for gateOhm, there are metal shutters connected to the switch on the case.

The device has automatic green zone modes - macro, sports, portrait, landscape, automatic. There is also a position on the mode dial where it is possible to manually set the sensitivity of the installed light material. There is no depth-of-field preview button.

Lenses with an m42 thread are attached to the camera via the m42-EF adapter, they can be used in aperture priority mode. Burst shooting - 1,5 frames per second, not switchable. Canon wireless remotes are not supported. Multiple exposure mode available with 2 buttons (AE + Av)

In the Panorama modification, when the panorama mode is on, an orange LED next to the viewfinder eyepiece lights up. A mode that is activated by a mechanical switch on the back cover. The principle of operation is to overlap the upper and lower zones of the photographic film to create a panorama effect. Profanation and marketing.

It has a separate power supply, turns on the illumination of a certain area (lower right corner of the frame) during exposure. Three buttons that adjust the date and turn off its fixing, and several modes of imprinting the date and time. The calendar is limited to 2019. 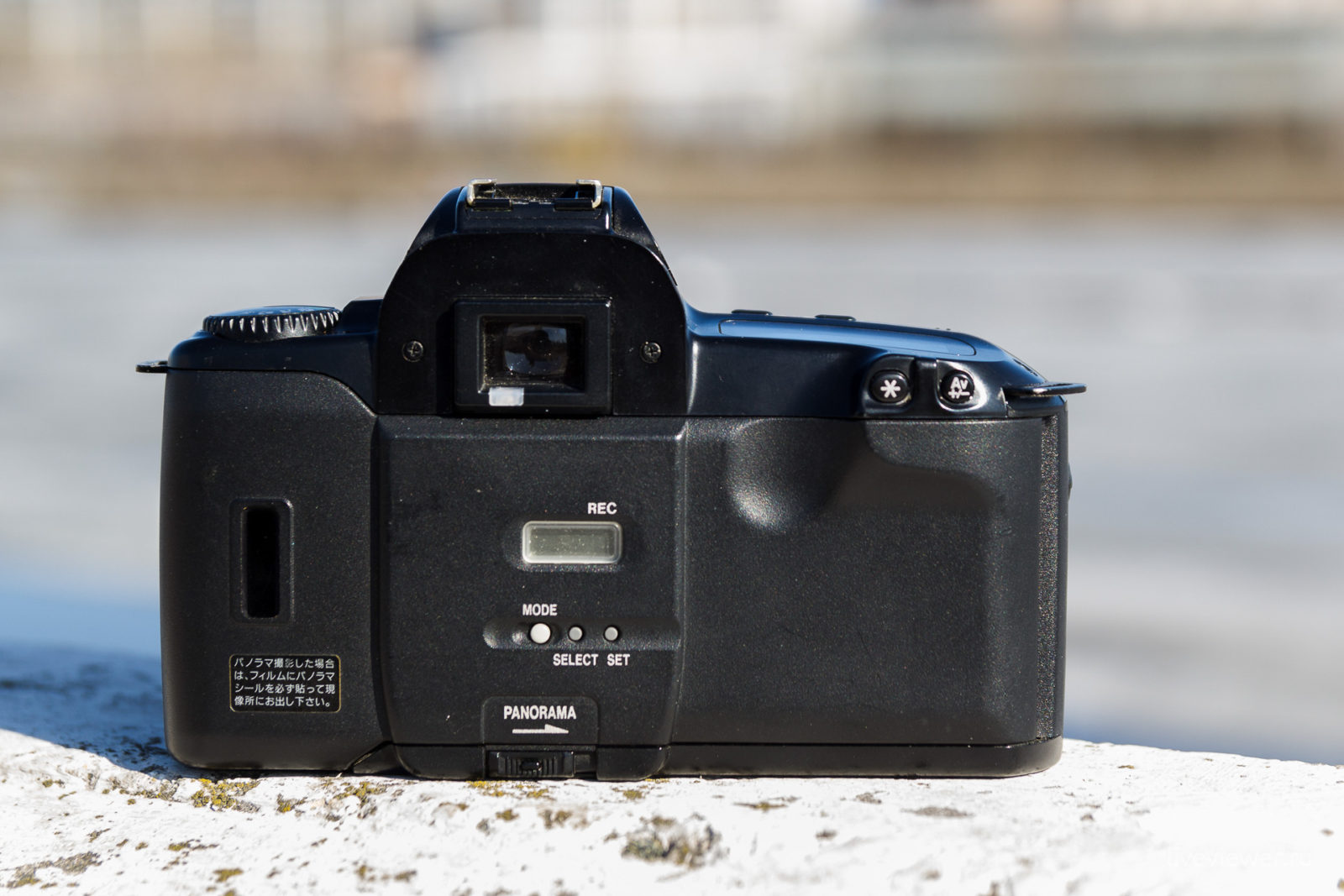 The flash is activated by pressing the corresponding button next to the matrix liquid crystal display. When the flash is raised in low light conditions, the LED is activated to help the camera focus. The drain on the batteries increases dramatically when using a flash.

When the camera is loaded with a reel of film, the film is pulled up to the red mark, and after closing the lid, it is wound onto the receiver of the device. The use of an external electronic flash is supported. The film is wound into a reel automatically, during the process of photographing. When film is loaded, the film-present indicator and the remaining number of frames are displayed on the display when the camera is turned off. 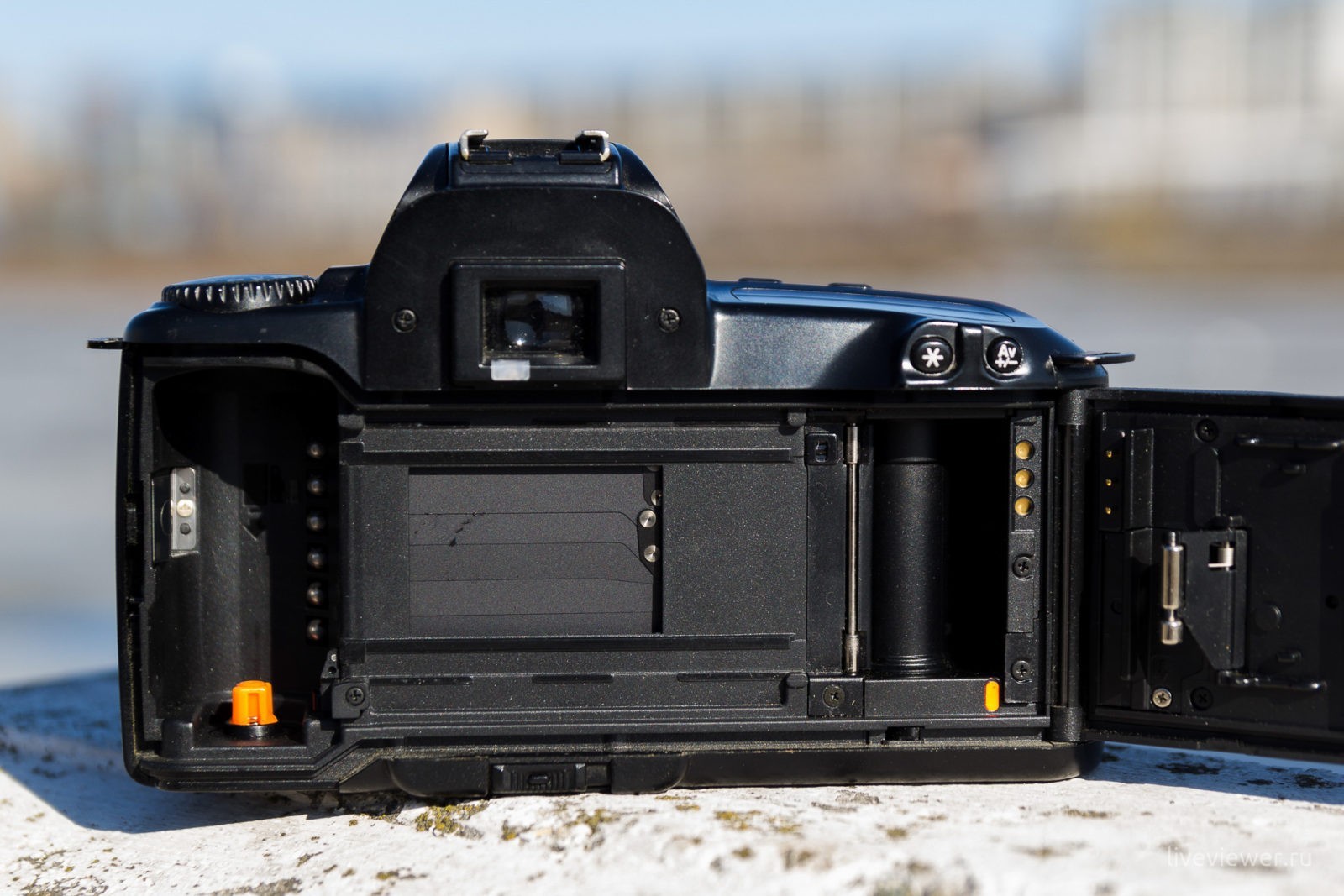 The film is loaded under the rear hinged cover. When you pull the film out of the reel to the red mark and close the cover, the camera winds the film from the reel onto the receiver in the camera, while displaying the frame counter on the LCD. When shooting, the photographic material is reeled back into the spool. Convenient if the cover is accidentally opened - the footage will not be exposed.

What kind of film is needed for the Canon 500n camera?

For Canon 500n cameras, any 135 type (35mm) film is suitable, in standard rolls. You can use both black and white and color, you can wind the film yourself. Can be bought from masters... A budget hobbyist color film from Fujifilm or Kodak, black and white Tasma, works well. Films c ISO 400 are suitable for low light conditions, and on films with ISO 200 is best for shooting outdoors in clear or slightly cloudy weather. Examples of photos on film can be viewed here.

The entire system is powered by 2 CR123A batteries, which are enough for about 24 rolls of film. The camera's dating cover has a separate CR2025 battery.

In general, the device perfectly fulfills its function, and is well suited for work even for an inexperienced amateur photographer. The stock lens was the EF 28-80mm f3.5-5.6. The camera can be purchased from hand for 500-1700 rubles, depending on the condition and set.