Lens for SLR cameras with M42 screw connection. This lens is installed on modern SLR and mirrorless cameras through the appropriate adapter. Read the article about adapters. The “father” of the lens, the Meyer Optik Oreston 50mm f1.8, was sold in a bicyclic zebra body. Then there was a "restyling", and a little later, Orestor turned into Pentacon.

Many German lenses of those times (60-70s) were produced with the "bicyclic zebra" design. Pentacon lenses are relatives, since almost all lenses in the past were developed by Hugo Meyer.

The optical design in all versions of the Pentacon Auto 50mm f/1.8 is the same. The lens is also found under the name Revuenon Auto 50mm f1.8.

The lens was also produced in several other "restylings": 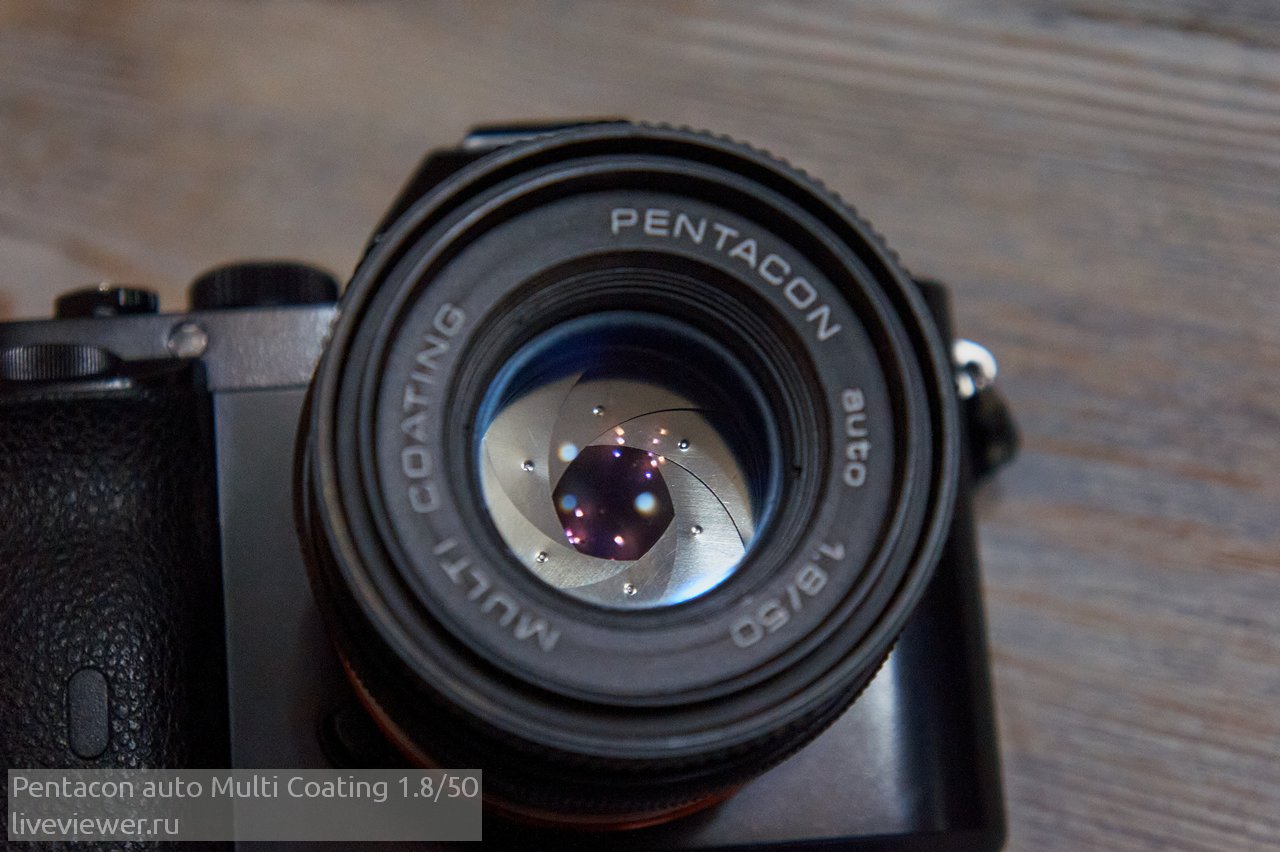 This lens can be found with cameras:

If you take it in one hand Helios 44m 58mm f2, and in another Pentacon Auto 50mm f1.8, you can see the external similarity of the lenses. 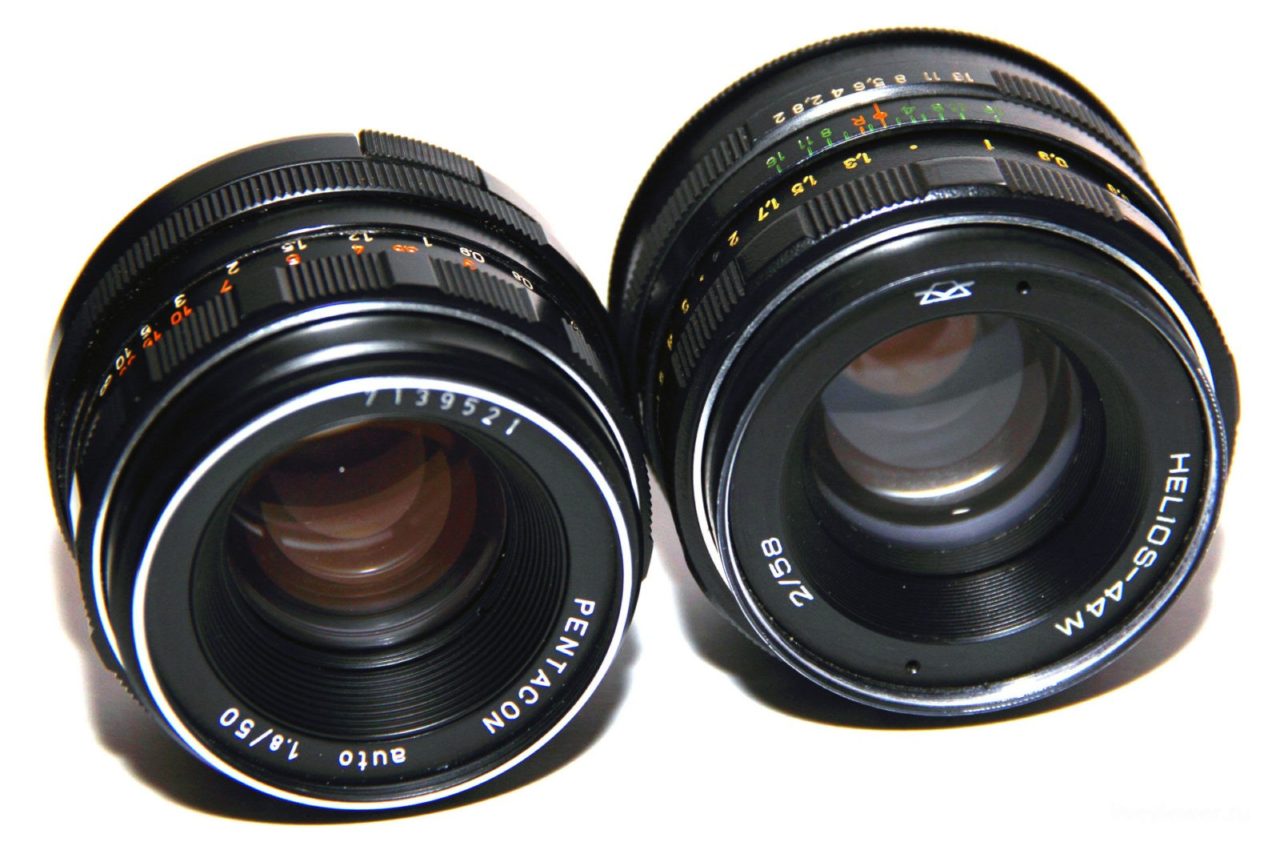 The difference in price and build quality, luminosity, optical scheme (Helios has an optical scheme from Zeiss Biotar) and the presence of an Auto-Manual aperture mode switch in Helios. The Pentacon 50mm f1.8 has a DOF preview button in the same place.

This body is sometimes described as a "monocyclic zebra". The lens from the German Democratic Republic has high-quality processed surfaces, in contrast to the Soviet lens... Pentacon looks and feels lighter, more accurate. The baby's weight is about 150 grams, and the minimum focusing distance is 33 centimeters (for Helios - 0,5 meters, the difference in optical schemes) makes him a good macro lens. The rear lens does not cling to the camera mirror as is the case with the lens Mir-1V.

In the work he showed himself more than satisfactory.

It is installed without problems on digital cameras, but it must be taken into account that an adapter is required that has a flange (clamping the diaphragm repeater pusher). The Chinese, as a rule, they are inexpensive. In the case of an adapter without a flange, we will have to adapt to hold down the depth of field preview button on the lens until the descent shutter.

On the case lens there are focusing distance marks. Orange is in feet, white is in meters.

As well as on all non-autofocus optics - there is a mark of the depth of field, which can be used to calculate and set the lens at a hyperfocal distance.

Aperture and depth of field

У Pentacon auto 50mm f1.8 m42 6-petal diaphragm draws nuts in the out-of-focus area at hidden values ​​from f3.5. Inexpensive lenses of that time were equipped with about the same number of petals. On an open aperture, there is blur throughout the entire field of the frame, the actual working value is 2,2. At the same time, the depth of field is so thin that it is almost impossible to hit the target just like that. 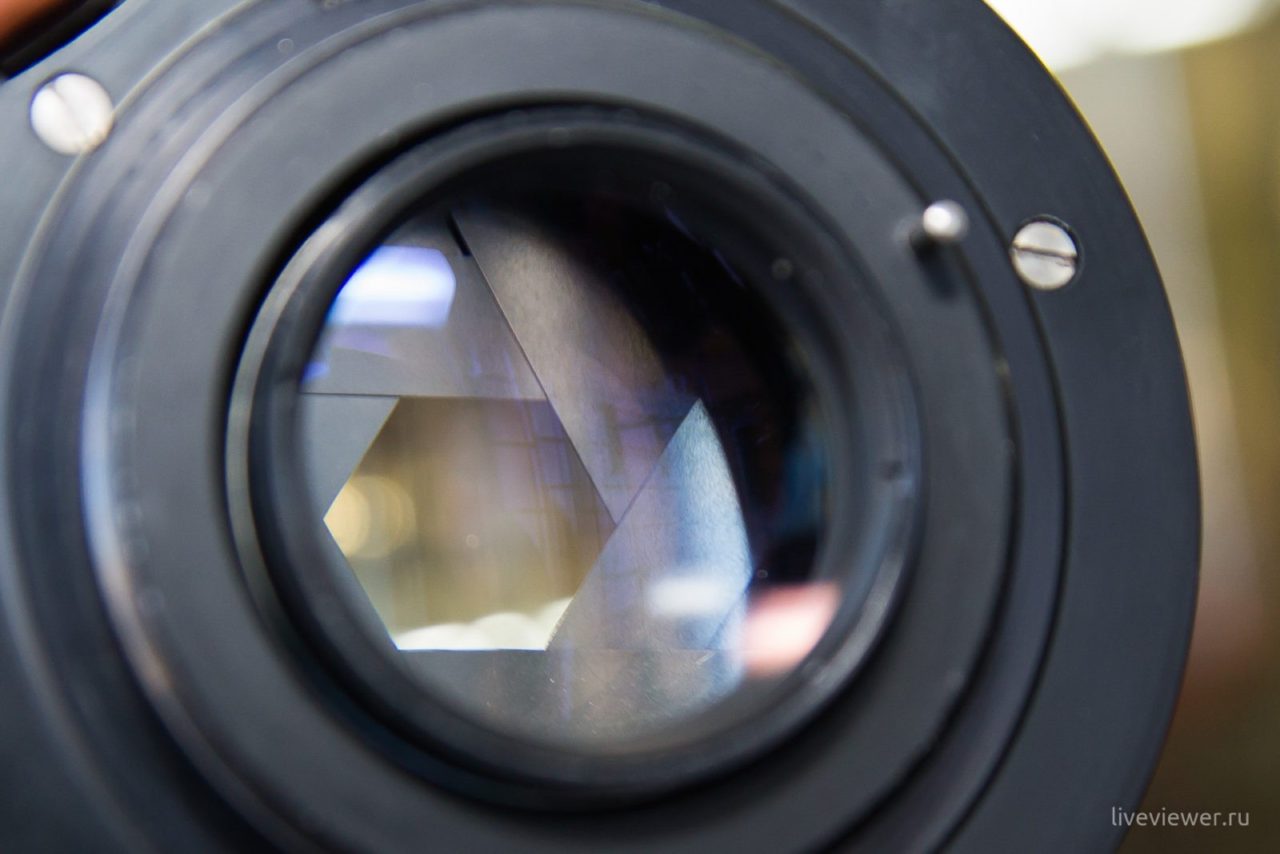 Pentacon Auto 1.8 / 50 Multi Coating is a "fifty kopeck" as it is. An unconditional classic of the genre, a model to which one should aspire. No, he is not sinless - however, claims against him are often just a manifestation of "taste".

Pentacon Auto 1.8 / 50 Multi Coating - another restyling of the famous Meyer-Optik Gorliz Oreston 50mm f/1.8. The Meyer-Optik enterprise became part of Pentacon and lenses were produced under this brand until the very end of the existence of the Berlin Wall. However, the company's lenses can still compete with Zeiss and other equally famous brands. Hugo Meyer Company produced lenses for many common systems, and also had contracts for completing lenses and cameras. Production was not limited to one or two models.

The list of lenses will include more than 30 models, with different optical schemes, as well as a full range of focal lengths for each of the items. Optics were valued on a par with Zeiss, while, for the most part, they were cheaper.

Meyer-Optik Orestor 2.8 / 135 still called the monster of bokeh because the lens aperture contains 15 petals. This is a real breakthrough, since at that time not every lens contained such a number of petals. Even subsequent Pentacon 2.8 / 135 were optimized and had fewer aperture blades on board. Early review with Pentacon Auto 1.8/50 Multi Coating restyling history here: 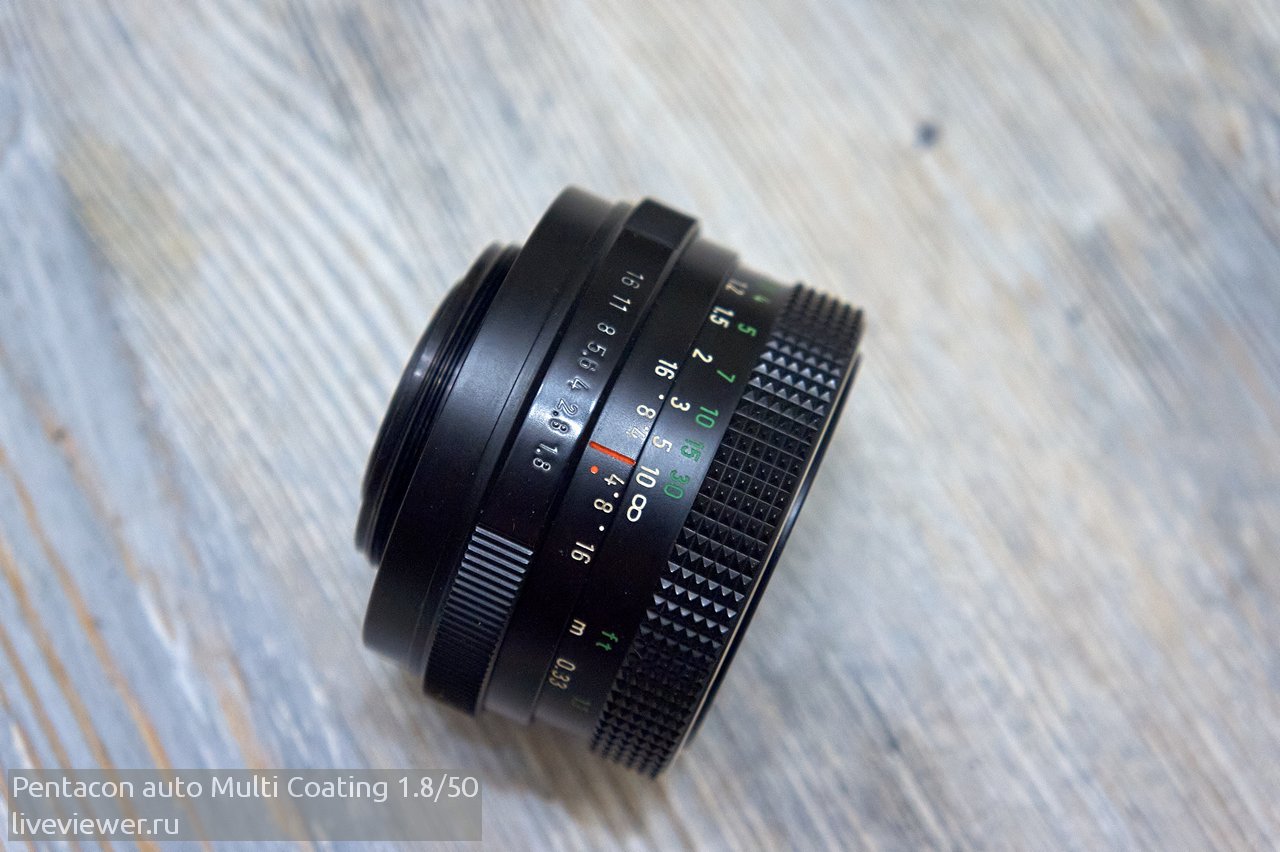 The nature of the bokeh of the lens is peculiar. Any highlights in the blur zone turn into circles, and on an open aperture they are arranged in a circle. At the same time, sharpness in the open is present only in the center. Approximately the same picture can be observed with the Soviet Helios-40 lens. It turns out that the lens has a very pronounced creative potential, if you know where to apply it. For example, you can make gentle still lifes, as does photographer Valeria Tikhonova. You can see examples of her work on her VK page, fragmentarily I presented them at the end of the article. 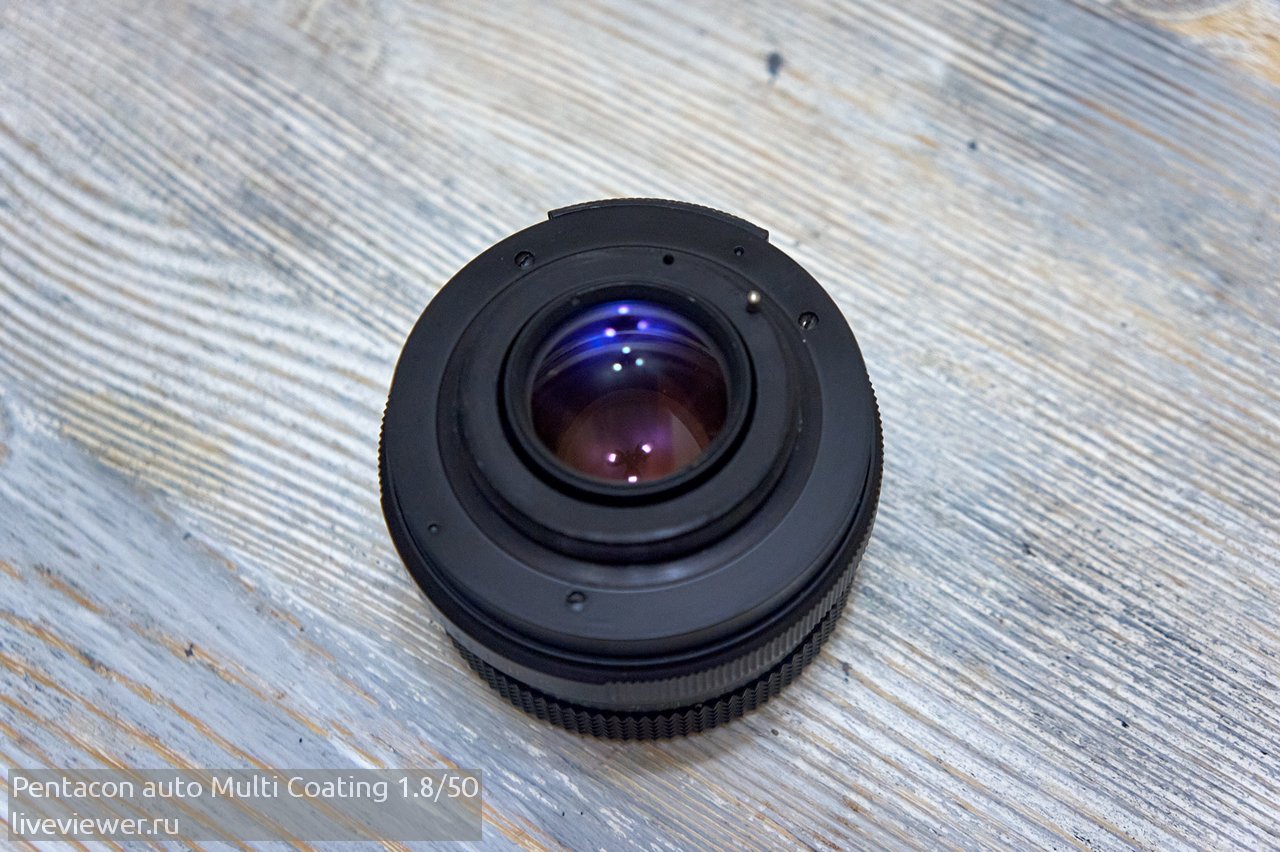 The more covered the aperture, the less pronounced the effect. In general, such behavior of optics in modern realities is more like mediocre work to correct aberrations. However, leaving purely technical points, let's just admire the result that is available to a person without any photoshops - just point and shoot. But in everyday use, most likely, such bokeh will be annoying, as the scaly bokeh in Jupiter 8 on open. 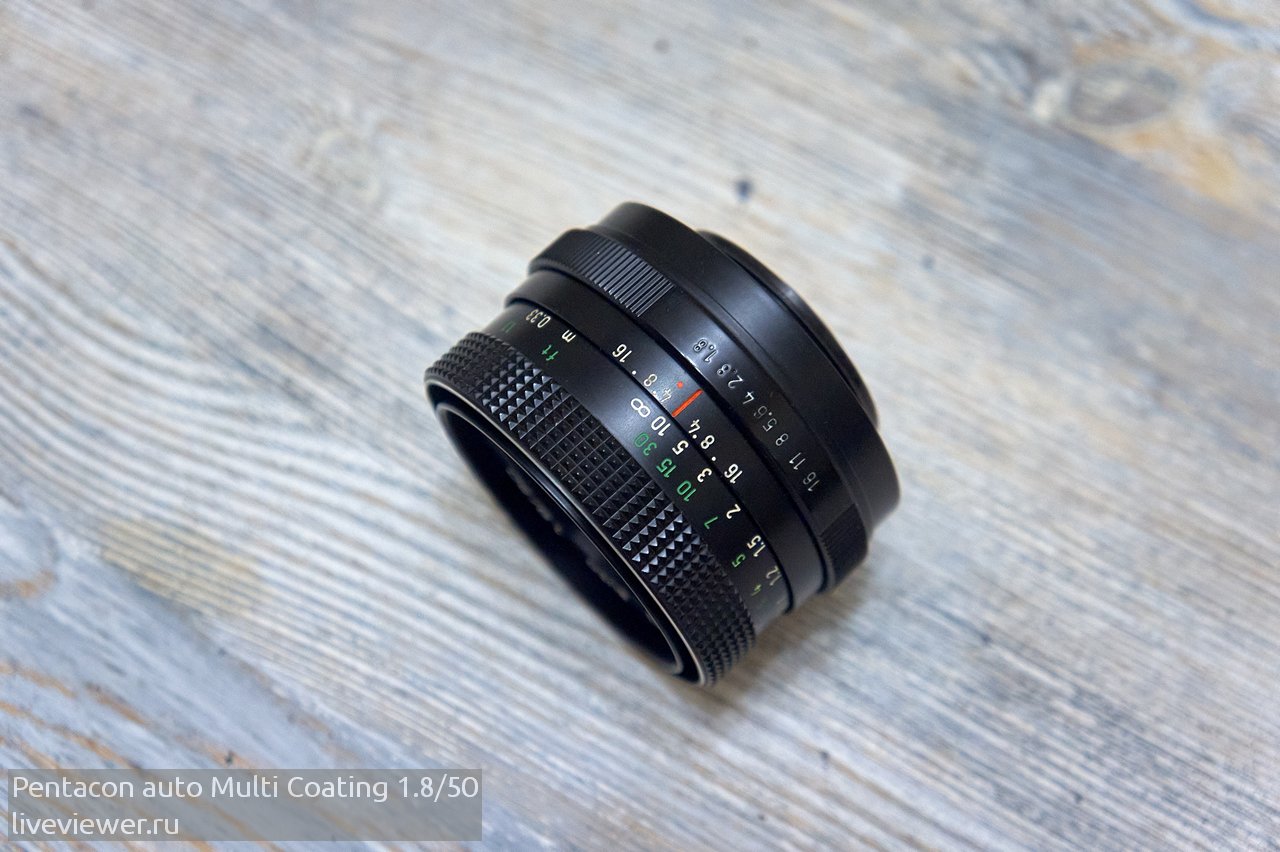 Although, judging by photographic books and shooting advice from the past, the main use of lenses was assumed, nevertheless, when shooting at such aperture values, when the above effects did not appear at all, or only minimally (f / 5.6 - f / 11), so as for the most part, small-format equipment was charged once per 36 frames, without the possibility of changing the ISO on the fly, as in modern digital cameras. 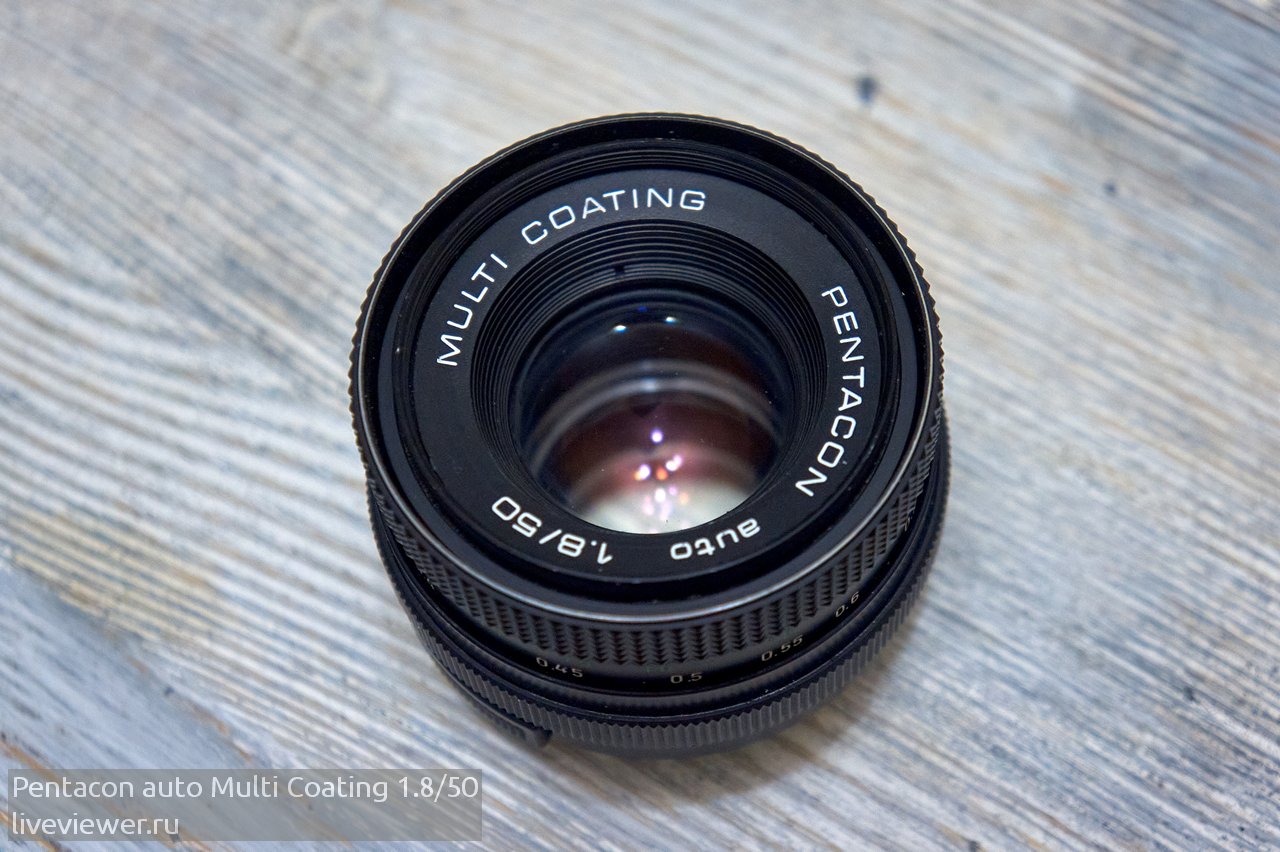 Now a little suffocation. The lens is painted black, and the focus ring has ribbed knurling. The knurling is wide enough and the spikes on it are large - even with gloves you can feel where the focus ring is. The aperture in the lens is jumpy, but the jumper is blocked by a switch on the body, which is very convenient - there is no need to disassemble the lens and fix the drive pin in order to use it on a digital camera. When blocked by a switch, the diaphragm reacts to the movement of the ring by changing the diameter of the hole. The principle of control is from the 60s, but now we can see firsthand the picture from the lens before we take the picture. 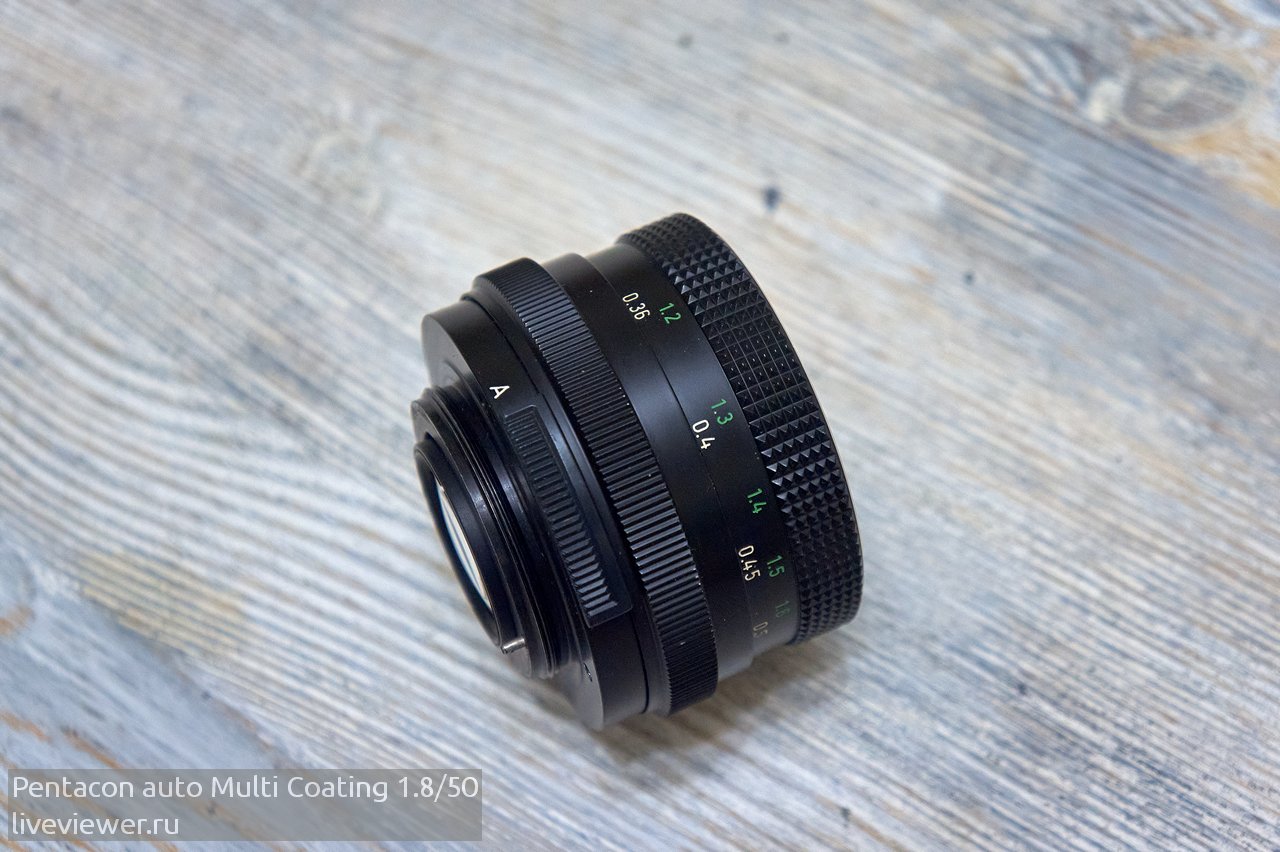 The lens control is soft, the rings move smoothly, even after a large number of years after its birth. By the way, the lens went with a half-dead camera Praktica Super TL. If the lens was included with it, then the years of manufacture or purchase of the camera are the eighties. If not for one but. The Super TL practice was produced from 1968 to 1976, and lenses with this design should not exist even in the late 80s. The lens and camera of different time periods, because the regular glass of Practika Super TL was Carl Zeiss Jena Tessar 2.8 / 50 (well, and its variations, such as T 2.8 / 50 и aus Jena 2.8/50). 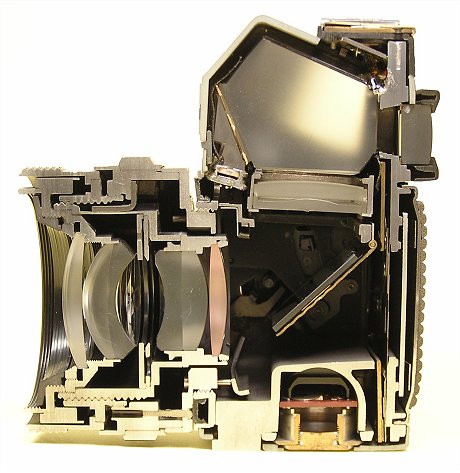 On Canon 60D Pentacon auto 50mm f1.8 M42 it was installed via M42-EF adapter without focus confirmation. Sighting was done on the screen, shooting mainly in Av mode with AutoIso.

These photos were taken on a Sony A7 with Focus Peaking, and mostly in aperture priority mode.

These examples of work are taken from VK pages of photographer Valeria Tikhonova.

The lens certainly deserves the highest praise. Compact, with very little MDF. Sharp (however, at a fully open aperture, “soapiness” is noticeable at the edges of the frame. Vignetting is moderate and can be used to focus on the subject. Color reproduction is natural. Structurally assembled very well, ergonomics are beyond praise. In general, this is a classic German quality - and it doesn’t matter where the lens was assembled, in East or West Germany.

To work on digital cameras, you will need an adapter from the M42x1. It is easiest to put on cropped Canon EOS with EF-s mount, especially considering that adapters without chips on Canon cost mere pennies. 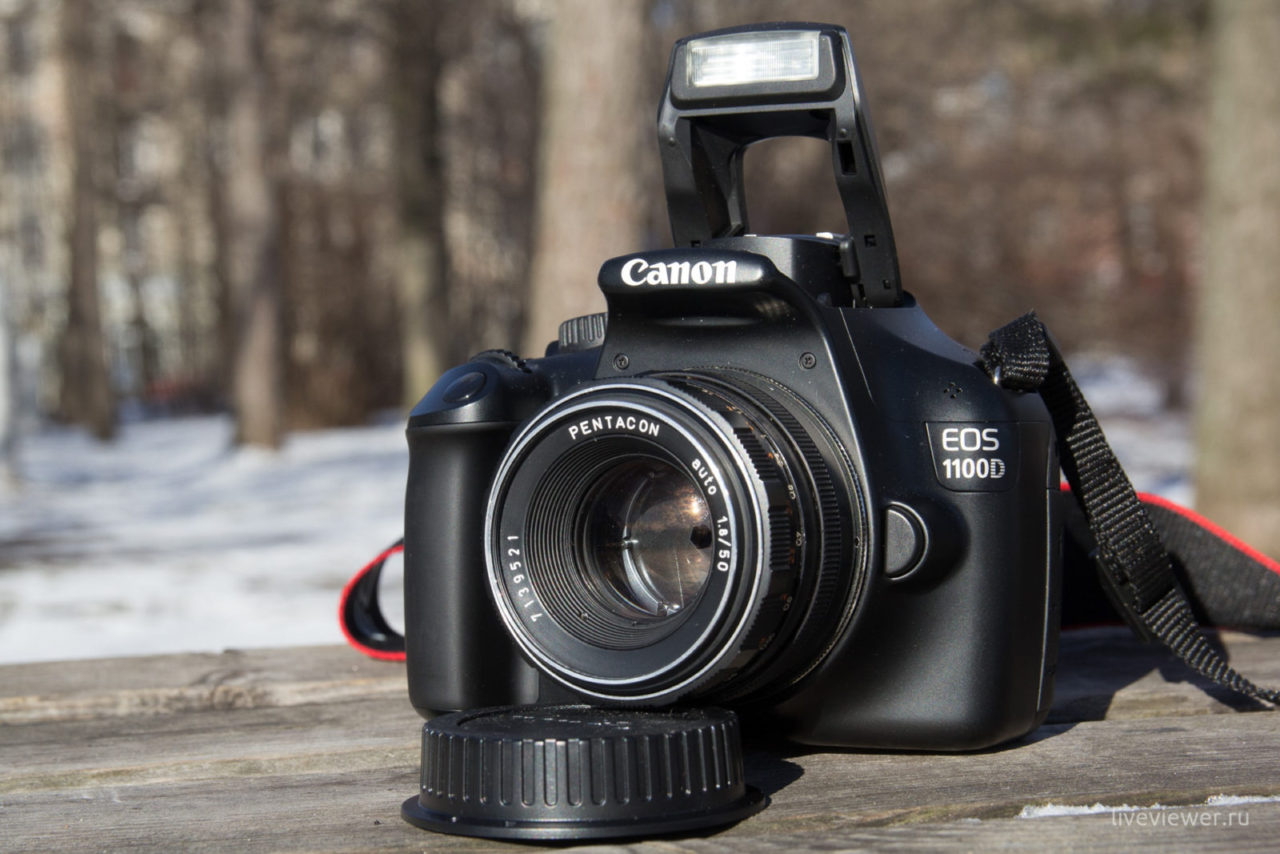 On a camera with APS-C sensor (kf = 1.6) the camera will have a field of view equal to equivalent to 80mm focal length distance, and aperture will be f/2,8. Why is that? Because, due to the narrow viewing angle, you will have to move further. The lens on the crop has a drop in sharpness due to a denser arrangement of pixels on the matrix and their concentration in the center of the lens.

The easiest way to shoot is in the mode Aperture Priority (Av)when the camera adjusts the required shutter speed based on the current aperture value and the light in the frame. To work on digital cameras, you need an adapter from the M42x1 threaded connection to your camera. Pentacon auto 1.8 / 50 it is easiest to put on Canon EOS with EF (-s) mount, due to the insignificant difference in focal lengths. Adapters without focus confirmation chips on Canon are cheap.

By ordering things from the links below, you help the project cover the costs of site maintenance and development. List of adapters, systems and mounts (direct links for ordering)