VEB - Volkseigener Betrieb (People's Enterprise) Pentacon Dresden was formed in 1959 by the merger of Zeiss Ikon, KWG&T, Belca, Altissa, Welta, and others, plus the motion picture equipment specialists from Aspecta.

The name Pentacon is composed of two parts - "penta" from "pentaprism", "con" from "Contact". Perhaps the name of the Pentax company is collected from the same words :D The tower of the Ernemann AG plant, which was built in 1923, is displayed on the company logo.

The camera company Praktina is known for its 35mm single-lens reflex cameras, manufactured since 1939. The story began in 1919 and ended in 1990. Over this long period, the company has changed its name, location and logo many times.

Paul Gute has owned a small photo equipment factory in Dresden, Ferdinandplatz 1, since 1915. In 1919, Paul Gute and Benno B. Torsch founded a partnership in Dresden with the name Kamera-Werkstätten Guthe & Thorsch GmbH. In 1928 the company moved to new premises at Bärensteiner Strasse 30, near Ica-Werk Zeiss Ikon AG. Two years later, production exceeded 100 cells per day with 150 workers.

In early 1930, Paul Guth left the company for health reasons. He died in December 1930. The old partnership was dissolved in April 1930, but the name of the company was not changed and Benno Torsch continued to run the company as sole owner.

In 1937, Benno Torsch had to leave Nazi Germany because, being half Jewish, he feared for his life. The opportunity presented itself when he met Charles A. Noble, who wanted to move to Germany to start a photography business. Charles A. Noble was of German descent. He emigrated to the United States in 1922, where he became a US citizen. He was the owner of a company in Detroit that made copiers.

Charles A. Noble relocated the company to Niedersedlitz, near Dresden, into a former drip and candy factory. Kamera-Werkstätten presented Praktiflex in the spring of 1939 at the Leipzig Trade Fair. The design of this camera began in 1937 and was developed by Benno Torsch and Alois Heusel. The new camera was a 35mm single-lens reflex camera with a fixed viewfinder at the waist and an interchangeable 40mm threaded lens. Praktiflex was introduced three years after the Kine-Exakta introduced in 1936 by Ihagee Kamerawerk Steenbergen & Co.

After the US entered World War II, Mr. Noble and his family, as Americans, were limited in their ability to leave Germany, but kept their company.
From 13 to 15 February 1945, the center of Dresden was completely destroyed by British and American bombing. It has been estimated that around 80% of the photography industry has been hit hard. The Kamera-Werkstätten factory remained intact as it was located in Niedersedlitz, on the outskirts of Dresden. Soviet troops occupied Dresden in May 1945. In 1945, the Soviets arrested S.A. Noble and his son John for espionage. An odyssey through the Soviet concentration camps began for father and son. His father was released in 1952, and John in 1955 and could return to the United States.

After the end of World War II, Germany was divided into four zones of military occupation. The sectors controlled by France, the United Kingdom and the United States were merged in May 1949 to form the Federal Republic of Germany, known as West Germany. In October 1949, the sector controlled by the Soviet Union became the German Democratic Republic known as East Germany.

Kamera-Werkstätten was nationalized by the German government. The new address appeared only in connection with the change of the street name from Bismarckstrasse to Edgar-Andr-Strasse.

In 1949, Kamera-Werkstätten introduced the Praktica with a 42 × 1 screw mount and no flash sync. Praktica was designed by Alois Hoheisel and Siegfried Boehm. In 1949, Siegfried Böhm was commissioned to develop a new 35mm single-lens reflex camera with improved technical characteristics. Siegfried Boehm and his team achieved this ambitious goal in 1952 when a prototype of the new camera was shown to the public for the first time.

In 1951, Kamera-Werkstätten introduced the Praktica FX with flash synchronization, and in 1952 showed the prototype of Praktina, the first 35mm SLR camera with interchangeable lensmi, viewfinders, focusing screens, and with the possibility of using an electric or spring drive. Praktina is the first professional single-lens reflex camera.

After the merger, the new company produced three different 35mm single-lens reflex cameras: Contax/Pentacon, Praktica and Praktina. These cameras required two different sets of threaded bayonet lenses and various accessories. To reorganize production, the company decided to discontinue production of the Praktina and Contax/Pentacon and develop future cameras based on the Praktica design that would be simpler and more productive than the Contax and Praktina.

On January XNUMXst, the company changed its name and logo, which was updated by adding the name Pentacon to the Zeiss Ernemann Tower symbol. 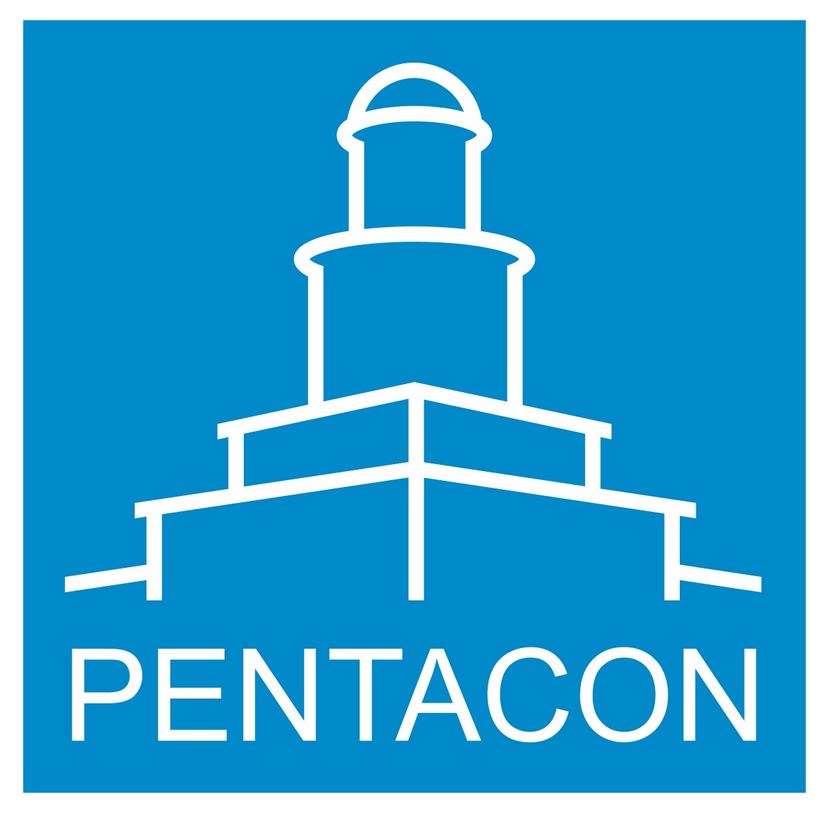 The Praktica V with instant return mirror and the Praktica “nova” series were introduced in 1964. Among the models in this line, we must mention the 1965 Praktica with exposure control. TTL and Praktica PL Electronic in 1968. The world's first camera with an electronically controlled shutter and a shutter speed of 30 seconds.

In 1966, Pentacon-Dresden demonstrated the Pentacon Super prototype, a top-end camera with TTL-measured at full working aperture, metal gateohm in the focal plane with a maximum speed of 1/2000 and bayonetohm 42 × 1.

In 1966, the Pentacon six replaced the old Praktisix. Cameras manufactured by Zeiss Ikon had an additional “ZI” engraving on the logo. Also known are high-speed central gates manufactured within the walls of Pentacon factories.

In 1968, Pentacon-Dresden introduced the Pentacon Super to the professional and scientific community. This camera, which was used on Soviet space stations in 1969, was the successor to Praktina with the same professional features as interchangeable lenses, viewfinders, screens, rear camera panel and the ability to mount a motor drive.

The Praktica "L" series with a metal shutter was introduced in 1969. Among the models in this line, we must mention Praktica LLC from 1969, the first camera in the world to have an open aperture metering system that displays lens aperture information. Electronically transmitted to the meter via contacts on the back of the lens, and the 2 Praktica EE1977, with automatic exposure control, TTL metering at full aperture, and automatic electronic shutter speed control.

The Exakta RTL 1000 was introduced in 1969. It was identical to Praktica VLC, but with bayonetExakta mount.

The Praktica "B" series was introduced in 1979. These cameras have a new bayonet, after 30 years they will be replaced by the 42 × 1 threaded mount, which has been used on all Prakticas since 1948.

After the Pentacon Super, Praktica EE2 and Praktisix Praktica B200, there was the fourth camera used aboard Soviet space stations.

Difficulties in the company began in 1984, when Pentacon, VEB Feinoptisches Werk Görlitz and VEB Kamerawerk Freital were forcibly (as I understand it, under pressure from government structures) merged into the Carl Zeiss Jena mill.

On XNUMXst January, VEB Pentacon Dresden and VEB Carl Zeiss JENA merged into a new company called VEB PENTACON DRESDEN. Production of the Praktica L and B series and the Pentacon Six continued with new models.

From 1936 to 1990, about ten million 35mm single-lens reflex cameras were produced in Dresden. On October 2, 1990, the day before the unification of Germany, the liquidation of Pentacon Dresden GmbH began. This marked the end of the long and fascinating history of the Dresden photography industry. The Treuhand holding company, which was involved in the privatization of East German enterprises, was instructed to privatize the factories of this conglomerate. The privatization was carried out by closing the company and production. The subsequent activities of Noble's Carl Zeiss, Schneider, Pentacon and Kamera-Werke are not part of this story.

In one day, the number of employees was reduced tenfold - the rest were needed to complete the liquidation of the enterprise. From 1949 until the last day of the company, June 30, 1991, more than 9 million Praktica cameras were produced. The company was legally re-established in 1997.

The only person who was not interested in the bankruptcy of the enterprise was Heinrich Manderman, who saved Schneider Kreuznach, who owned the Beroflex company and wanted to buy out Pentacon at a bargain price along with the real estate from Treuhand.

Now the Pentacon factories belong to Schneider Kreuznach, and one of the modern buildings of the former Pentacon is occupied by its division, Pentacon GmbH, which owns the rights to Exacta, Praktica, Schneider Dresden. Engaged in the production of scanners, digital cameras, repair of old Pentacon cameras. Exports products to South Korea. 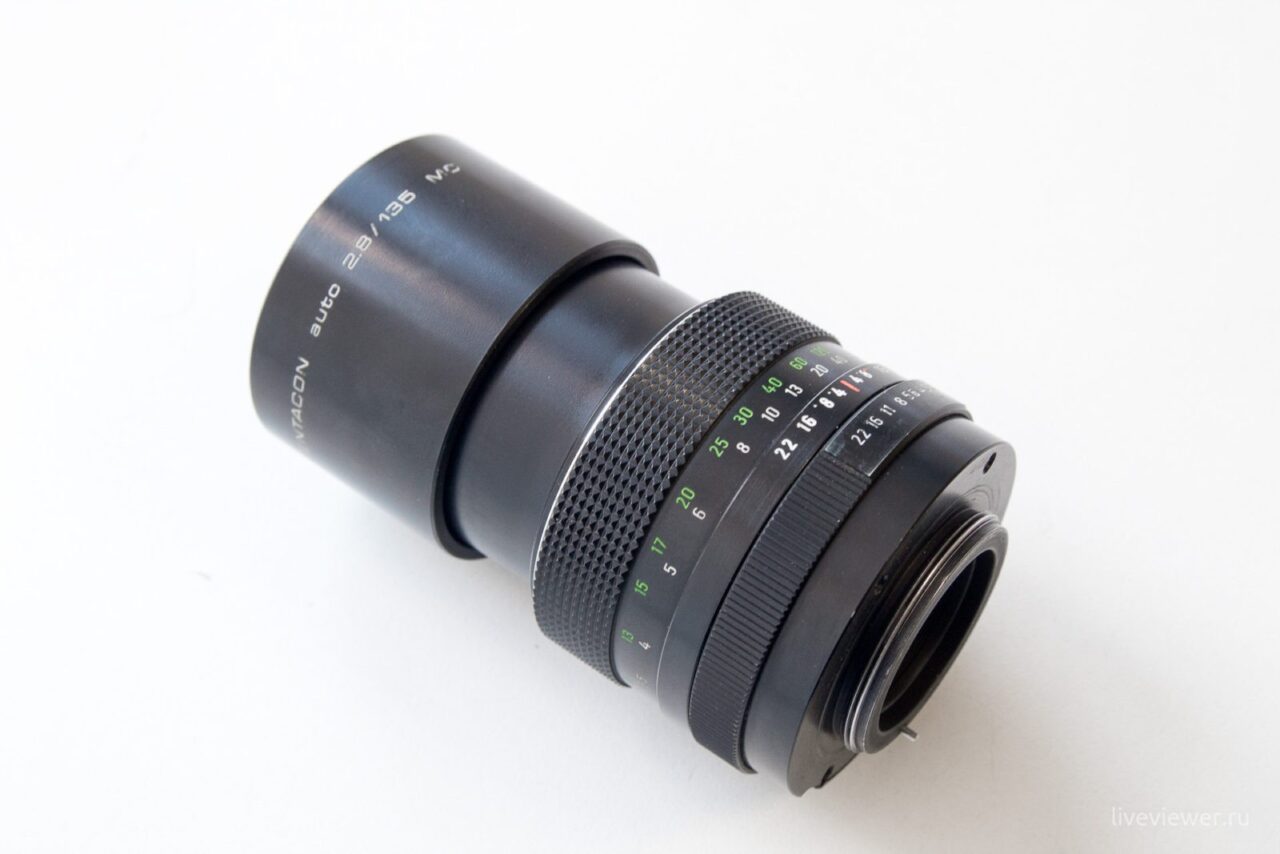 Rangefinder cameras of the SL system

but that's not all

The new Pentacon continued production of Praktica BMS until 1992, Practica Bx20 until 1993 and Praktica BX20S until 2001. Since then, it has been producing only digital SLR scanners. SLRs are in-house products from the factory, while point-and-shoot cameras and compact cameras are OEM products that simply carry the Praktica brand.

Most of the Pentacon brand lenses are based on classic East German lens designs. When the Pentacon combinate company (Pentacon group) was founded in 1968, the renowned German lens manufacturer Hugo Meyer from Görlitz (officially VEB Feinoptisches Werk Görlitz since 1952) joined this group. The lens manufacturer's trademark was changed from Meyer-Optik Görlitz to Pentacon, and even Meyer's well-known trademarks such as Lydith and Orestor were dropped. Since then, all of the successful former Meyer's lens designs have been manufactured by Pentacon. Further lens development focused on improving lens coating, resulting in the development of Pentacon's improved “Multi-Coated” (MC) lenses. 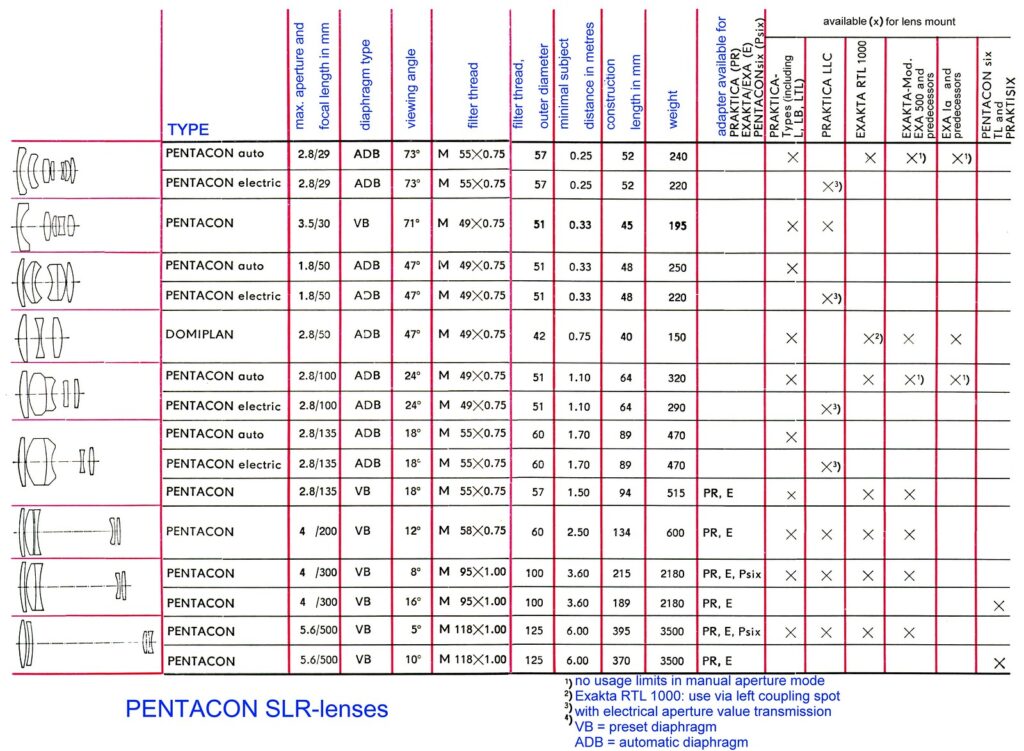 When the era of zoom lenses began, Pentacon began selling OEM products with renaming. The Exakta camera trademark has even been borrowed by Japanese lens manufacturers to sell standard zoom lenses for several popular mounts. Thus, these "Exakta lenses" were neither Pentacon designs nor Pentacon products.

Further developments by Pentacon were the lens design, which was replaced by more modern black lens barrel with white, green and red lettering, as well as a series of "electric" lenses, which was created for the "electric" SLR Praktica body. The three electrical pins on the Pentacon lens communicate the setting of the aperture to the camera's exposure meter. Smaller points of contact on cameras were not possible since the lens mount is M42. Screw mount, but large contact areas were not necessary, since M42 mounts with a diaphragm release lever and M42 lenses with a diaphragm release pin necessarily had normalized thread entry positions. This made it possible to manufacture lenses for the electrically enhanced M42 mount for other lens manufacturers, mainly Carl Zeiss Jena, as well as Japanese lens manufacturers.

Later, the Praktica SLR cameras were supplemented with the modern bayonet lens system introduced in the Praktica B series of cameras. Most Prakticar lenses were Pentacon products, most of them are derivatives of Pentacon lenses.