The Carl Zeiss Jena Tessar T 50mm f2.8 is one of many lens models from the oldest German manufacturer, Carl Zeiss. It has 4 lenses in 3 groups and a light aluminum body.

View lens - for SLR cameras with M42 threaded connection. This lens is installed on modern SLR and mirrorless cameras through the appropriate adapter. Read the article about adapters.

The model itself appeared on the market even before the First World War. But for a century of presence lens on the market, the appearance of the frame has changed many times:

scheme lens was patented by Carl Zeiss in 1902, calculated by Dr. Paul Rudolph. 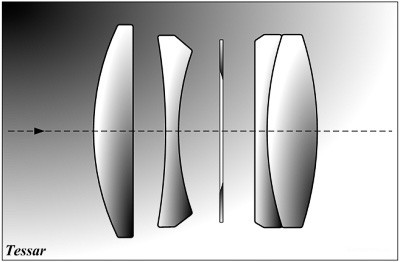 The focus and iris rings are easy to rotate, and the iris ring has a preset mechanism. The front lens is recessed into the housing, the frame protects the front lens from side exposure.

At the open aperture of the Tessar T 50mm f2.8, color aberration is minimal, and the lens becomes very sharp from about f3,2. When installing lens on the digital camera through adapters having a flange for blocking the pusher of the automatic diaphragm pin, the infinity disappears, since the lens does not fully shrink. 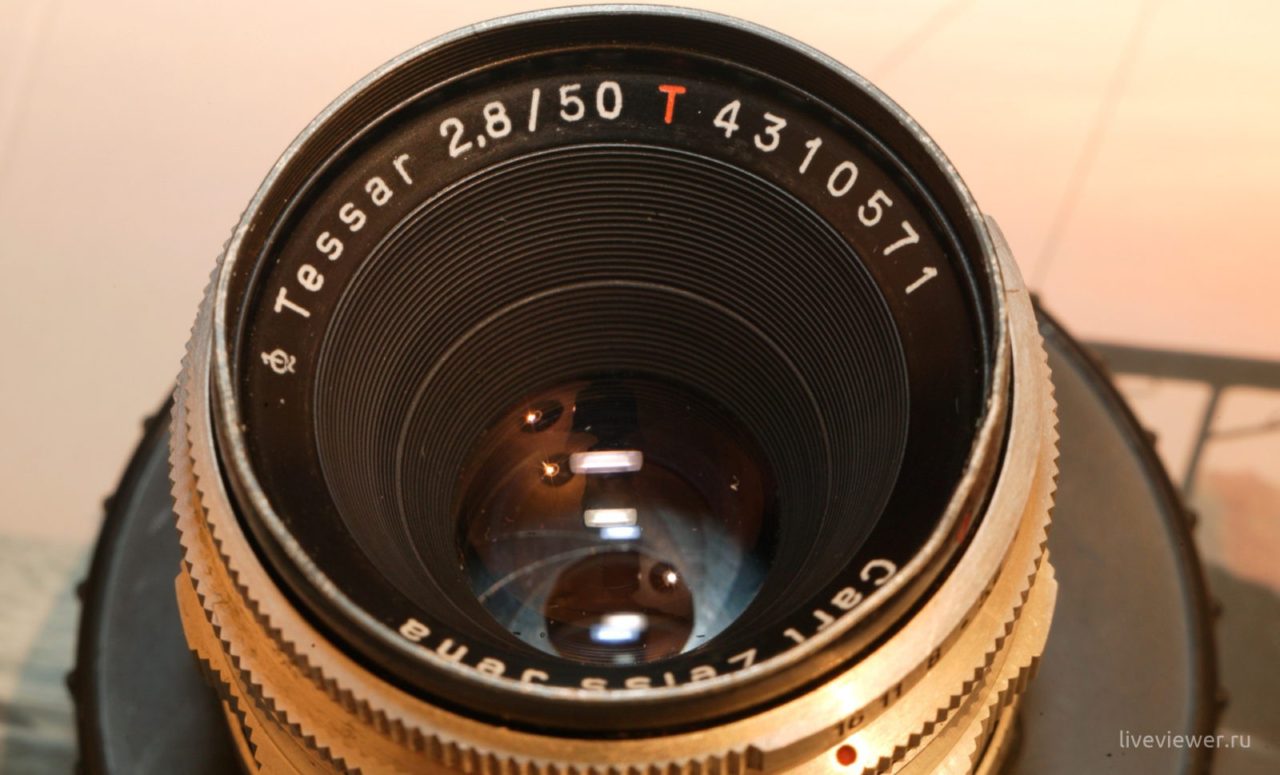 Modern variations with T * enlightenment are relatively expensive on the market. Most modern Zeiss lenses on Canon have manual focus and a built-in focus confirmation chip.