The Canon Speedlite 430EX is a great flash for the price it's asking for. Now there is an updated version 2 and 3 on the market, featuring speed, metal fastening and a redesigned design.

Canon 430EX works on all Canon EOS machines. Both digital and film. Even in automatic mode. 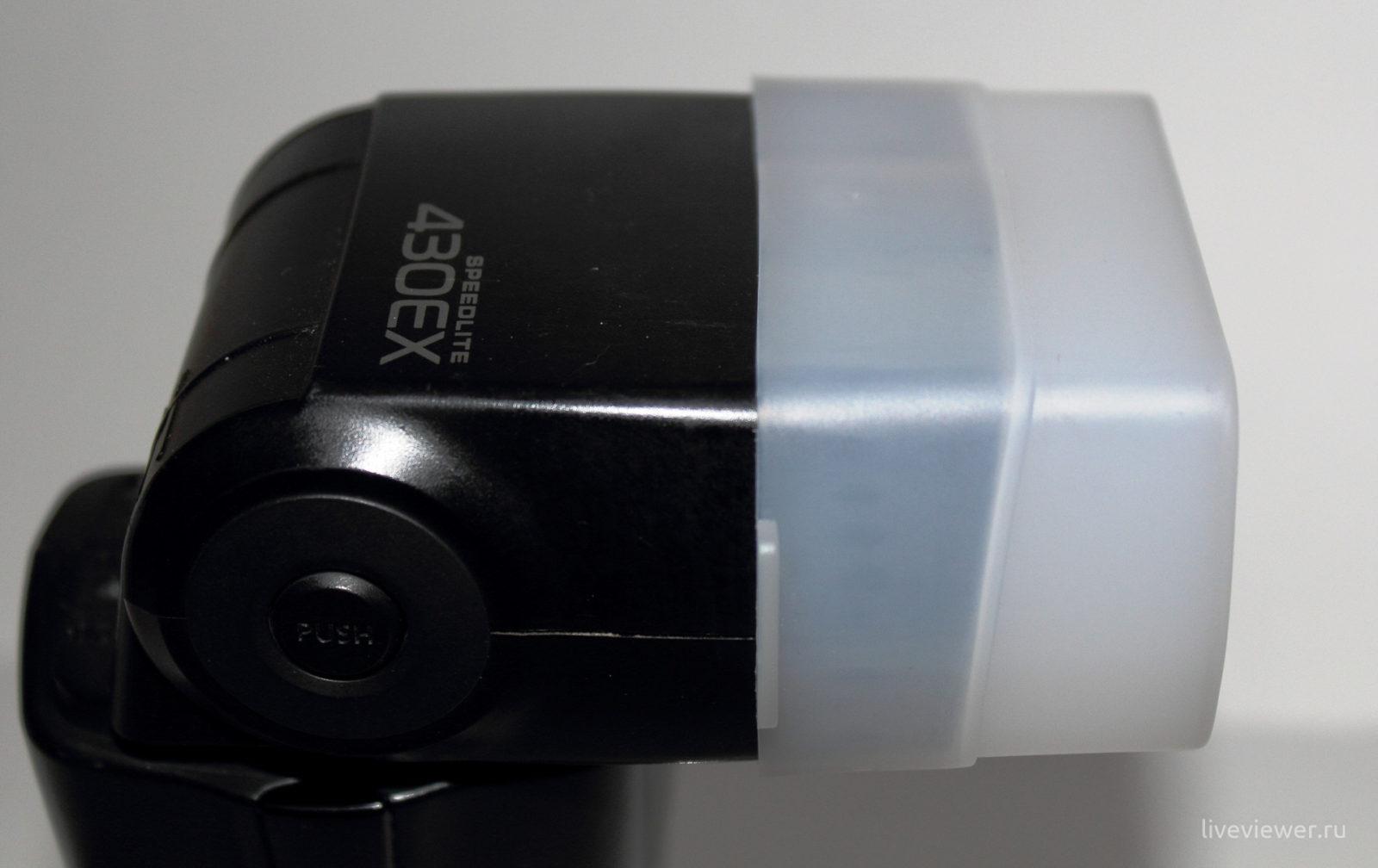 Different types of diffusers can be used with the flash, depending on the preference of the photographer.

The main controls are located on the rear panel (the panel facing the photographer when the flash is mounted on the camera). Buttons, display, switches.

The controls are sunk into the body on purpose so as not to knock off the settings during operation.

Has the ability to tilt horizontally and vertically for shooting with bounced light. There is a flash lamp in the head, the lamp has a limited resource. The swivel mechanism is activated by pressing the PUSH button on the head itself. A diffuser is integrated into the head to increase light diffusion. It helps a lot when you need to knock out the shadows of the subject.

It is pulled out of the body with a “toward” movement. To improve reflectivity and use in sequential shooting, many people tape a piece of paper or a business card to the head of the flash. It turns out soft and diffused light (not always a “flash in the forehead” is permissible).

I often only needed to light up my subjects just a little in order to pick out the shadows. The built-in diffuser and a white business card help a lot in this work.

Matrix, has a green backlight. The backlight is activated by pressing the C.Fn (Custom Functions) button once and extinguishes after 12 seconds. The display shows the flash modes. Everything that is needed is printed on the display in advance (battery savings should be economical). 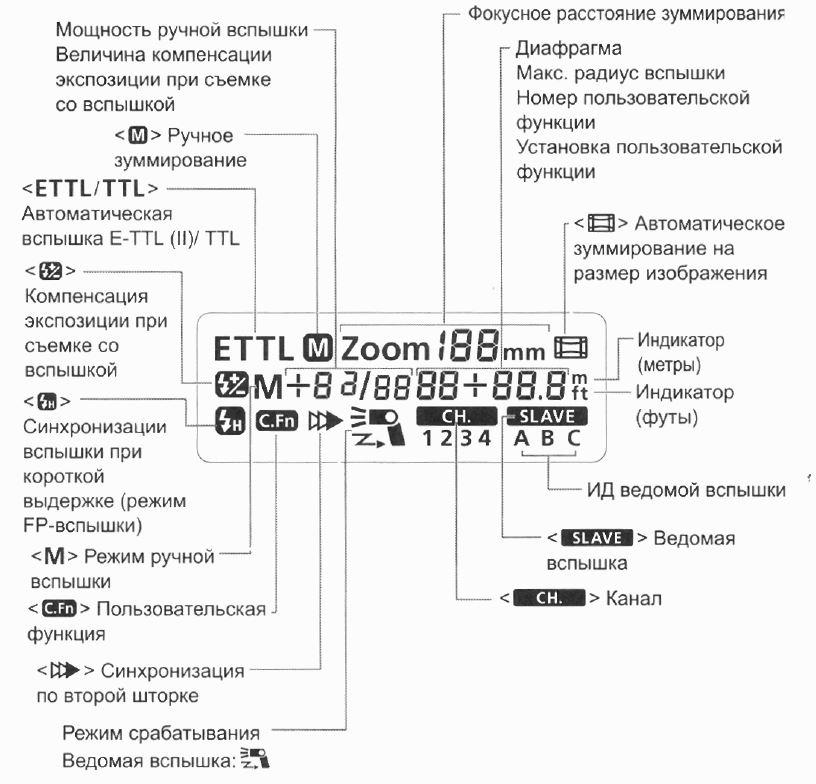 Let's go directly to the description of the panel buttons.

Pressing once turns on the backlight of the flash display. The brightness of the backlight is stable, but it seems to me that the brightness could be made less intense. A long press of the button activates the “additional functions” menu. Additional functions appear on the flash control screen in the camera menu. Decoding and adjustment can be done both on the flash and through the camera menu. The flash memorizes C.Fn in non-volatile memory. List of additional features:

The rooms are out of order. Apparently reserved in the general system of additional functions for all Canon flash units.

Switching operation modes from automatic exposure metering to manual mode. The flash output can be adjusted.

Forcing the flash and camera to sync at high speeds shutter, switch the sync to the second curtain mode.

Pilot light. I use it to evaluate the cut-off of an object. When the flash is in hand, and the autofocus of the camera dulls in the dark, it can be used for additional illumination of the subject.

Lamp under the Pilot button

Used for setting, selecting parameters in the Canon Speedlite 430EX.

Everything is simple here. Flash power on / off.

Enters the flash into SLAVE mode (literally - “slave”). In this mode, the lamp on the front panel blinks with a certain period, thereby confirming that the flash is in the “slave” mode.

Not a very convenient device. It often wedged on this flash so that it was impossible to unscrew it by hand. By turning the ring, the flash is mechanically blocked in the shoe.

Hides a nest underneath for AA elements.

Camera types A and B

Type A cameras (with support for the above modes, as well as wireless E-TTL flash output control and modeling light)

Type B Cameras (Supported only TTL and A-TTL)

Key for me are the operating modes of the Canon Speedlite 430EX.

Allows flash use in FP sync mode, at all speeds shutter... In this case, the flash output power is automatically adjusted. High-speed sync helps a lot when shooting on a sunny day, when a person or a group portrait needs to be shot so that the people in the photo turn out to be in a normal state, and not in a gloomy-squeezed state. 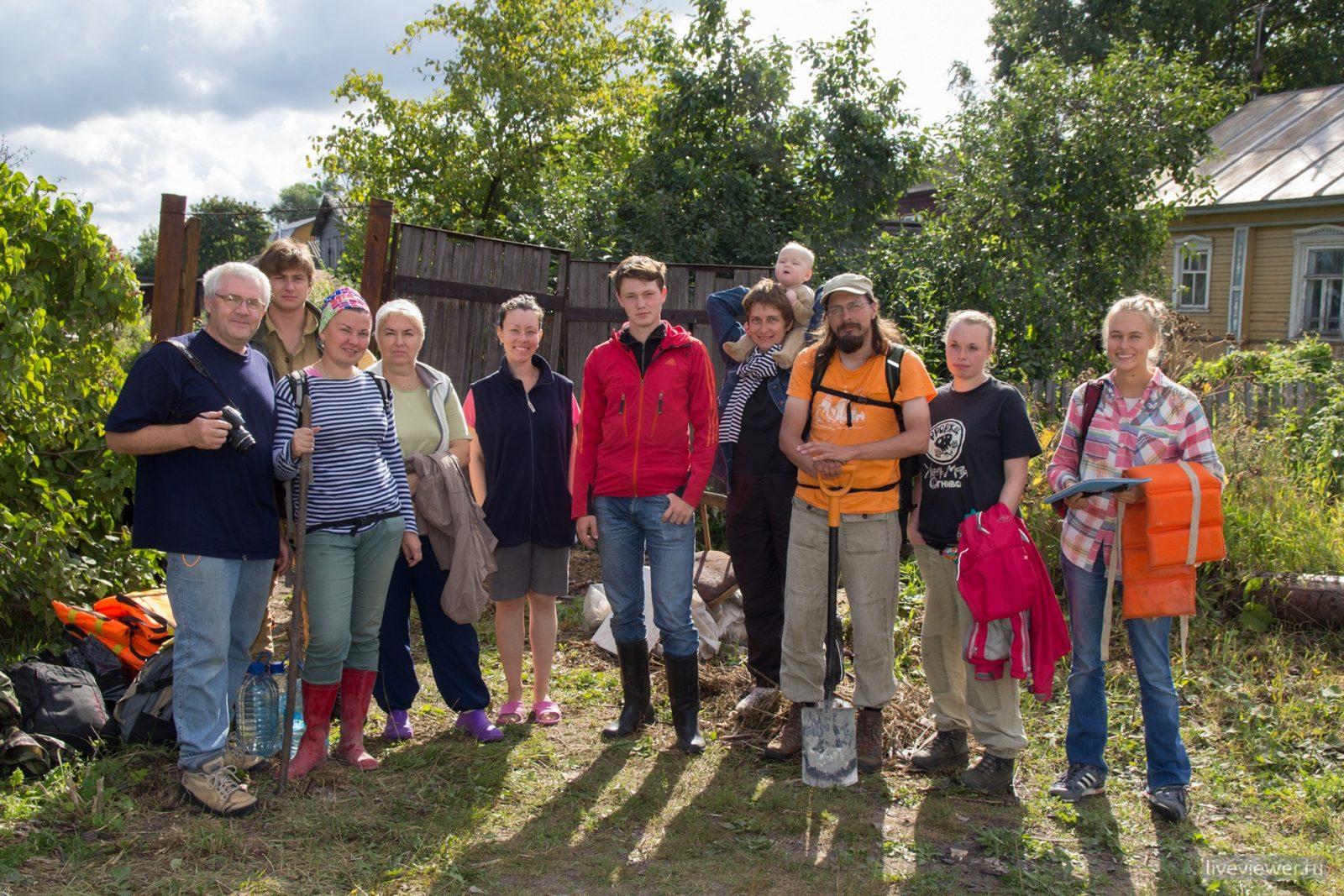 Allows the use of various kinds of techniques for working with light, when the final illumination of the object occurs immediately before closing shutter.

Activated by button DOFV on the camera. Allows you to assess depth of field and the location of shadows.

The Canon 430EX has built-in overheating protection. When triggered more than 10 times in a row, the electronics limits the number of times the lamp is switched on to 1 time in 10-15 seconds. The user's manual warns you to protect the flash from long bursts. The flash circuit uses a rare (as I understand it, it was simply created under the order of Canon) IGBT-transistor, which overheats when working at an unbearable pace.

The flash adjusts the lamp power to the attached lens (range from 24 to 105 mm), but the step is not entirely adequate - for 17mm, either 14 or 18mm was chosen.

For remote shooting without a synchronizer, a light trap is used. To choose from, through the camera menu, you can enable work both in pairs and alone. The body of the flash should be turned towards the built-in flash of the camera, and in the settings of the device you need to specify the operating mode. To turn on the flash in the light trap mode, it is enough to shift the switch above the shoe to the “Slave” position.

When the subject is illuminated only by Canon 430EX, the procedure looks like this:

The plastic, moving parts have a noticeable backlash even on the new flash. The flash shoe is plastic; on the front panel, under the red glass, the slave flash indicator, the radio transmitter window, and the autofocus lamp are hidden.

Sound confirmation of the charge (squeak during charging) is not so much a bug, but a feature. Allows you to determine by ear the degree of remaining battery charge, because the graphic indicator of the display is uninformative.

Reality: during 2 hours of prom shooting, using high-speed sync, Canon 430EX dropped fully charged 2500mAh batteries, 4 Energizer batteries and settled on a pack of 4 NoName Auchan-type batteries only because the event was over.

Compared with the Chinese for 1,5-3 thousand rubles, the main advantage of the flash is accurate exposure and the absence of overexposure, the presence of high-speed synchronization. If this function is not available, the flash will operate normally when excerptx up to 1 \ 200 (in general, depends on shutter camera) seconds, which on a sunny day may be unacceptable.

Spare parts for Canon Speedlite 430EX and can be found on the Internet. In the case, for example, of a broken shoe mount or a broken flash lamp, for 700 rubles with free delivery (2013) you will get both.

Disadvantages of the Canon 430EX

Despite the promised speed and reliability, Canon 430EX presented certain surprises during operation. If you are not intimidated by a long recharge after a long series, in general, the flash is good. Used can be found at a very reasonable cost (2000-4000 rubles).