At the spring fair in Leipzig in 1939, the Praktiflex film camera was presented as an amateur SLR camera for 135mm film format. The work on the camera has been carried out under the direction of Benno Torsch and Alois Hoheisel since 1937.

Praktiflex is a brand of German single-lens reflex cameras manufactured by Kamera Werkstätten Guthe & Thorsch from 1938 to 1951. Praktiflex, the serial production of which began in 1938, became the third small-format SLR camera in history (after the German Kine-Ekzakt by Ihagee Kamerawerk and the Soviet Sport). It gained popularity and was produced for over 10 years with little or no design change. The cost of the camera was 120 Reichsmarks. In the 1950s, the Praktiflex FX camera with flash connectors was also produced in the GDR.

The trade name Praktiflex was registered by Charles Adolph Noble in 1939, on April 14, and existed until the end of World War II. 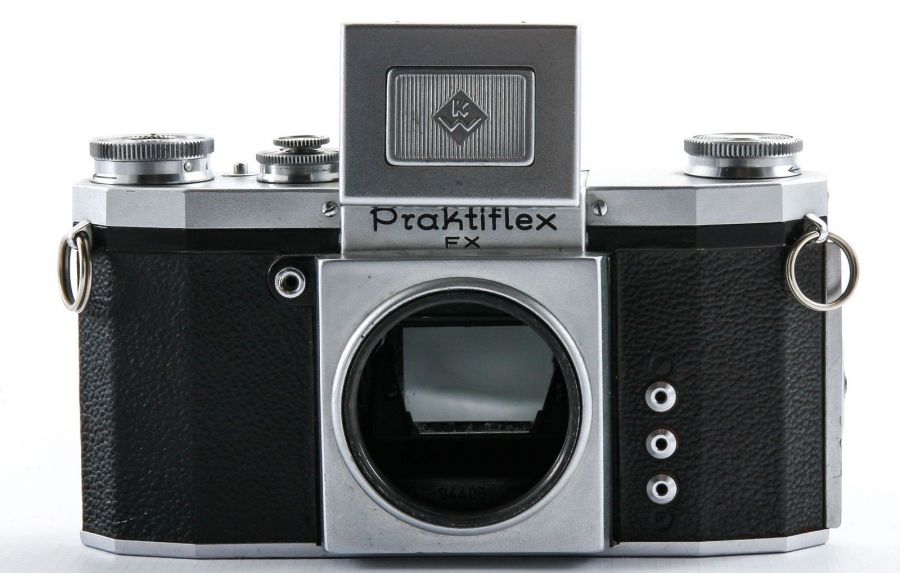 The patent for the camera did not exist, and in 1949, with minor alterations (in 1946 Siegfried Brehm reworked the mirror lifting mechanism), the camera began to be produced at the facilities of VEB Kamera und Kinowerke, under the name Praktica FX.

Praktiflex was originally threaded lens M40x1, later the camera got a unified M42x1. The first Praktiflex cameras have Gothic lettering on the front, and are the most valuable to collectors. The production of cameras started in 1941, before that, prototypes were mainly presented to the public.

The first generation had a focal-plane gate with fabric shutters, M40x1 thread for mounting lenses, simple and slow mirror return mechanism, shutter speeds from 1/20 to 1/500 seconds, shaft viewfinder with an image magnifier, mount lens М40х1, light metal body and frame counter on the top of the camera. Cameras for a long time did not have a flash sync connector, so sync contact was introduced by amateurs with their own hands. 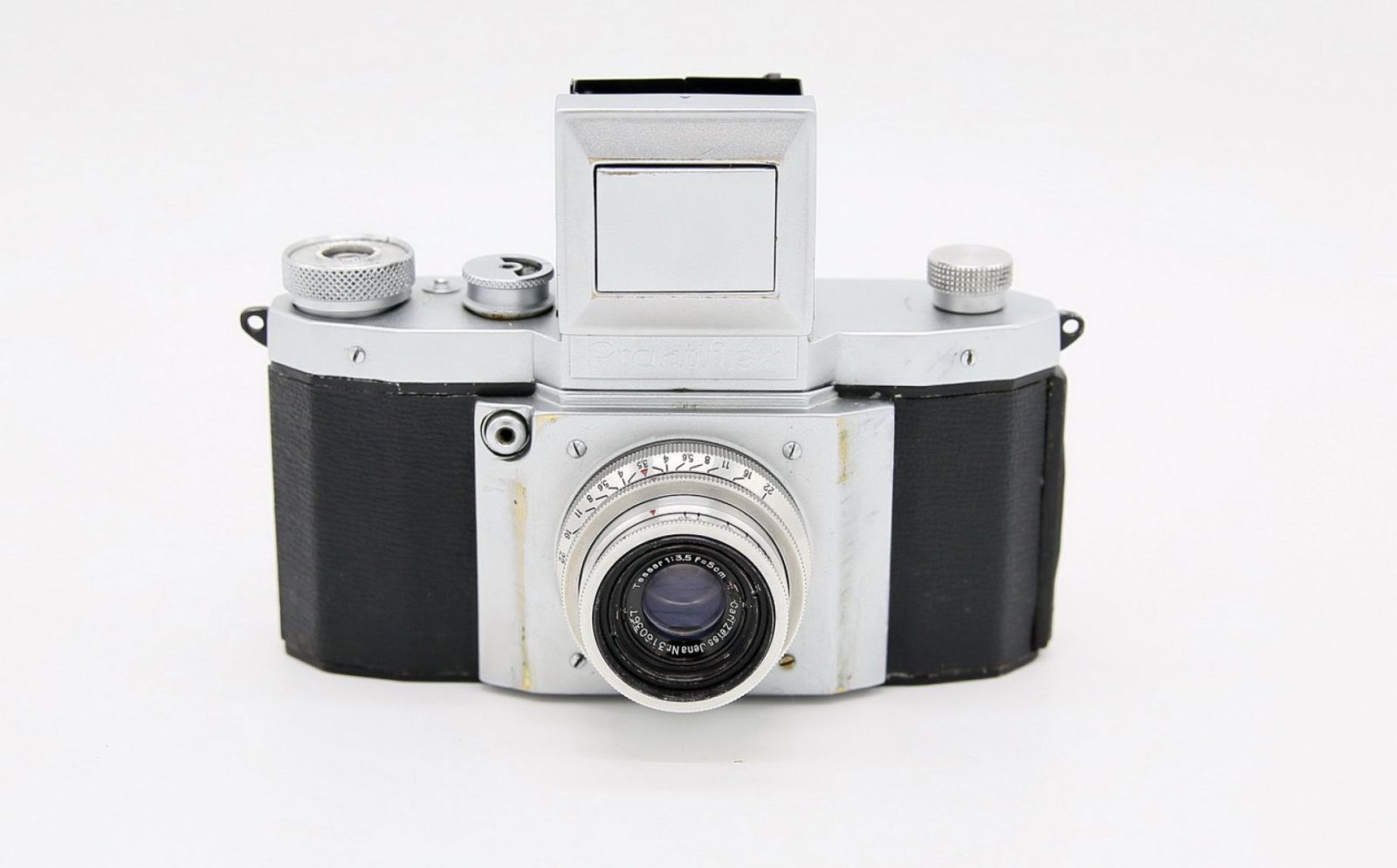 In the second generation of these lenses, the main transformations concerned the mechanism of lifting and returning the mirror, changes in the time series on the exposure disc, and the transfer of camera controls. Also, work was carried out to increase the service life shutter. 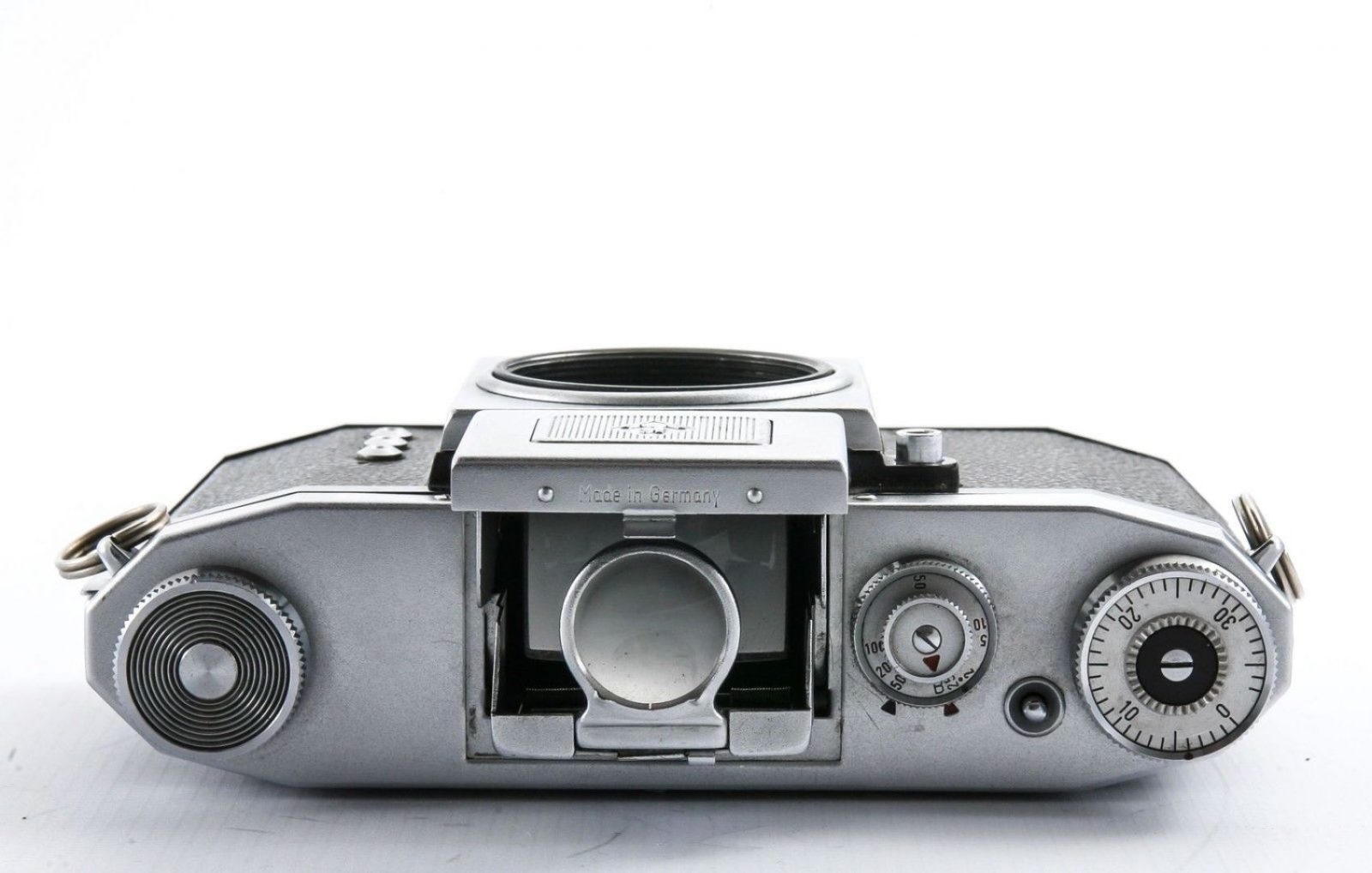 The second generation of Praktiflex was produced in parallel with a mount for lenses with an m42x1 thread, the final transition to the m42 thread took place in 1949 with the release of the Praktica FX models. Note that lenses with m42x1 and m40x1 connectors have different flange focal lengths. For m40x1 - 44mm, for m42x1 - 45,5mm. Known color modifications of cameras of the first and second generation. 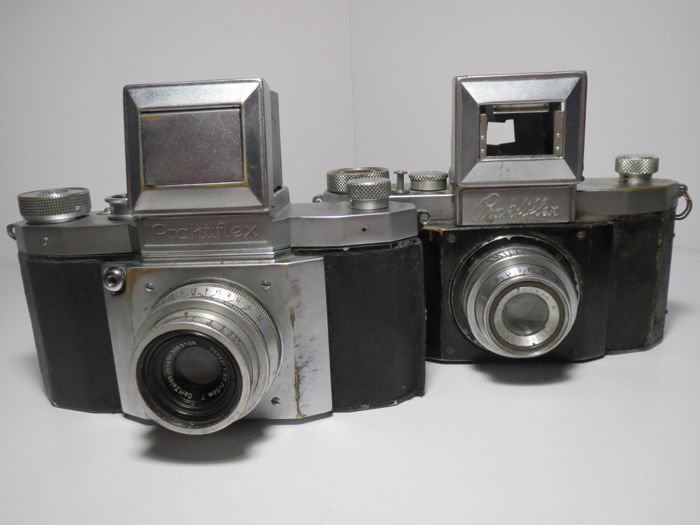 The entire series of Praktiflex film cameras was released in a total of about ~ 60000 copies.

What kind of film is needed for a Praktiflex camera?

For Praktiflex cameras, any 135 type (35mm) film is suitable, in standard spools. You can use both black and white and color, you can wind the film yourself. Can be bought from masters... A budget hobbyist color film from Fujifilm or Kodak, black and white Tasma, works well. Films c ISO 400 are suitable for low light conditions, and on films with ISO 200 is best for shooting outdoors in clear or slightly cloudy weather.

Since most of the cameras were made with modifications "on the fly", within the series you can find different sets of exposures, finishes, absence / presence of sync contacts on the panel. Basically, the series has undergone minor changes, and therefore cameras in some way unique.

A total of 59716 cameras were produced, of which

After the merger in 1949 of the factories "KW" and "Ihagee", the products received a new brand - "Praktica".

Over the years, the camera has undergone several upgrades. Presumably, from 1941 to 1946, the camera was produced intermittently.

After 1949, when fasteners were introduced lens M42x1, it was installed on Praktiflex. Presumably, the production of the second model was discontinued in 1951.

Military version with engraved "M309" on the top cover, and objects in the stand kit

Gallery of images of cameras Practiflex