Canon Camera S without long exposure dial. The control disk was abolished due to the increased state tax rate of pre-war Japan. 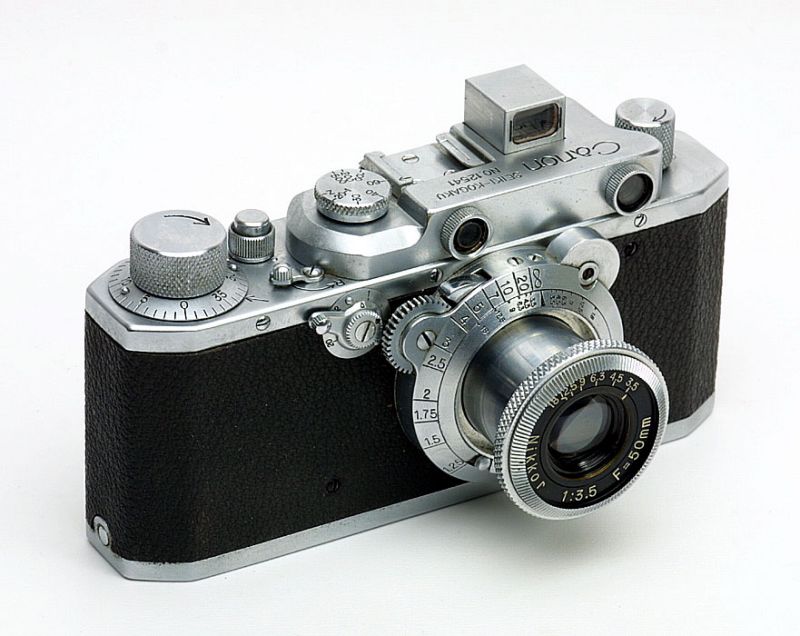 The cost of the camera, even with the Nikkor 50mm f3.5 lens, was relatively low. Since the characteristics of the camera were the same as those of the Hansa Canon, the camera was called NS (new standard) abbreviation. At this time, Japan began to build up its military potential, so the state tax rate was raised, and Hansa Canon increased in value from 275 yen to 350. Canon NS was developed precisely as a cheaper analogue of Canon Hansa, however, did not enjoy popularity. As a result, about a hundred of Canon Camera NS were released.

The rights to the pictures belong to their creators.