David Samuilovich Volosov (1910-1980) - Soviet scientist, specialist in the field of theory, calculation and design of optical-photographic systems. Doctor of technical sciences, professor, laureate of the Stalin and Lenin prizes. Honored Worker of Science and Technology of the RSFSR. 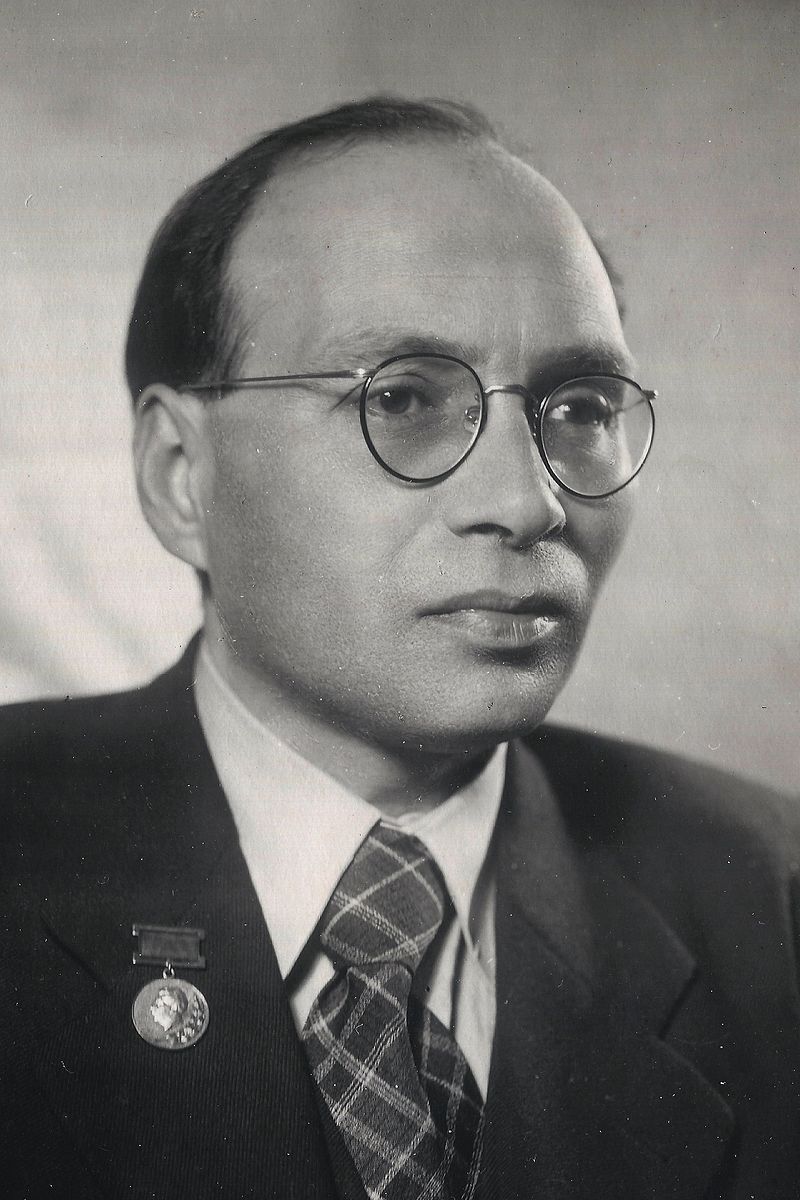 Born on November 4, 1910 in Nevel (now the Pskov region). In 1932 he graduated from the Physics and Mathematics Faculty of the LPI named after I. A. I. Herzen.

From 1934 until the end of his life he worked at the State Optical Institute. S. I. Vavilova (GOI). A student of A.I. Tudorovsky. He worked his way up from a postgraduate student to the head of the laboratory and, since 1962, the head of an integrated scientific department on theory, research methods and the development of photographic systems.

During the Great Patriotic War, he worked in Yoshkar-Ola, where GOI was evacuated. The main direction of work was the creation of long-focus and high-aperture lenses for aerial photography and telephoto lenses for ground photography through the front line of distant objects in low light conditions and at dusk. In 1941-1942, he developed the theory and methodology for calculating two-component lens orthoscopic long-focus anastigmata, on the basis of which Telemar and Telegoir telephoto lenses with focal lengths up to 1943 mm and an image format of 1000x30 cm were made in 30. according to the scheme of D. D. Maksutov with focal lengths of 1,5 and 3 m, characterized by low weight and dimensions. Modified lenses of this type "(MTO)", "ZM" later found application in amateur photography ("MTO-500"And" MTO-1000 ","ZM-5A","Rubinar»And others), in astronomy and astrophotography.

In 1943, he invented a simple two-piece telephoto lens design "Tair"With focal lengths of 300 and 600 mm, which have also found a wide variety of applications in photography (the" Photosniper "device with a lens and a camera on a rifle bed), in filming and television.

In addition to work in the field of objective engineering, he proposed a shadow method for monitoring the inner surface of cylindrical channels (cannon barrels).

In the period 1943-1946, DS Volosov and his co-workers continued the work begun in the 1930s on the creation of high-aperture wide-angle anastigmatous lenses for aerial photography. As a result, a large family of Uranus lenses was developed with focal lengths from 12 to 750 mm and aperture ratio from 1: 2 to 1: 3,5. The works were awarded the Stalin Prize in 1946.

Research and development in the field of creating complex photographic systems was summarized in his doctoral dissertation (1947). On April 7, 1948, he presented a report on methods for correcting aberrations of optical systems with surfaces of revolution of any shape at the second Readings named after Acad. D. S. Rozhdestvensky.

The increasing use of optics in a wide variety of environmental conditions has led to the need to create lenses that retain high image quality under significant changes in temperature and pressure, in particular, when taking aerial photography from different heights. In 1950-1960s at the State Optical Institute under the leadership of V.S. ). Published a number of papers on the foundations of the theory of thermooptical aberrations.

Together with Sh. Ya. Pechatnikova he published works on the theory and methods of calculating wide-angle anamorphic optical systems for wide-screen cinematography.

In addition to lenses for professional purposes, lenses for amateur photography were created, a group of which, including those calculated by D.S.Volosov (“Tair-3"," Tair-11 "," Helios-40 ","World 1»), Received the highest GRAND PRIX rating at the World Exhibition in Brussels in 1958.

For the ultraviolet region of the spectrum (230-410 nm) DS Volosov and his colleagues have developed high-aperture lens (Ufar-1, Ufar-4) and long-focus mirror-lens (Zufar-1 and Zufar-2 ) lenses-anastigmata with lenses made of fluorite and fused quartz, intended for special-purpose equipment (forensics, biology, medicine, etc.), and later used for shooting from space the Moon, Mars and Venus.

At the end of the 1950s, under the leadership of D.S.Volosov as the chief designer of lenses and telescopes for observation systems of the earth's surface and planets, work began on the creation of optical equipment intended for launching into near space. On April 26, 1962, the satellite "Kosmos-4" put into near-earth orbit photographic equipment equipped with the telephoto lens "Leningrad-9" and the wide-angle topographic lens "Orion-20" developed at the State Optical Institute. The results of surveying the earth's surface and cloud cover made it possible to determine the main directions of the development of space lens engineering - increasing the focal length, luminosity and resolving power, expanding the working spectral range, reducing the weight and size parameters and increasing the reliability under operating conditions. Accordingly, D.S.Volosov organized the activities of the department headed by him. The creation of new lenses was of a complex nature and included the development of automated calculation methods based on the theory of aberrations, the use of new optical materials, the creation of a theory, methods and programs for calculating temperature fields and deformations of optical parts, and the search for fundamentally new optical schemes.

In 1960-1970, four generations of long-focus lenses with a gradual increase in the relative aperture were created for photographic spacecraft for detailed observation, including achromats Foton-5M, Titan-3, heat-resistant achromats Telegoir-12M, Mezon-2A, anastigmata-apochromats Apo -Mars-3A, Actinium-4A, etc. The highest resolution - up to 1 m on the Earth's surface - was possessed by the Mezon-1972A lens developed in 2 (chief designer D.S. , focal length 3000 mm, weight 455 kg).

In parallel with the work on lens optics, the development of a space mirror-lens lens-the Ritchie-Chretien telescope with two hyperbolic mirrors and a two-lens compensator. The telescope with a main mirror diameter of 880 mm and a focal length of 6,4 m was created in 1972 according to the calculations and design documentation of the State Optical Institute and was operated at the Salyut-5 orbital station in 1976 by the crews of the Soyuz-21 and Soyuz-22 spacecraft ". The ultra-wide-angle lens "Zodiac-5" with an angular field of 220 ° was used in the orientation system on the lunar surface of the spacecraft-planetary rovers "Lunokhod".

The development of lens optics is directly related to the creation of new optical materials. For this purpose, D.S.Volosov formulated requirements for the main parameters of glasses used in large (up to 700 mm in diameter) high-resolution space objectives (light transmission, optical uniformity, refractive index).

In 1965-1967, under the leadership of DS Volosov and on the basis of previously developed optical schemes, a number of lenses were created for domestic television centers, including the Ostankino television center. The set included 13 types of fixed focal length lenses - from the short-focus Mir-10-T to the long-focus Tair-52-T and the Alkor-6 and Varigogir-T-1 variable focal length lenses.

DS Volosov combined his work at GOI with teaching at the Leningrad Institute of Film Engineers - since 1949 he was a professor of the Department of Physics and Applied Optics, in 1949-1976 he was the head of the department. Organized and headed the industry laboratory for film optics. Member of the National Committee of Photogrammetrists of the USSR, editorial boards of the journal Optics and Spectroscopy and the Journal of Scientific and Applied Photography and Cinematography.

Author or co-author of more than 200 scientific articles, textbooks for universities, patents and copyright certificates for inventions in the field of photo- and cine-optical systems.

He died suddenly on November 27, 1980. In his last lifetime publications, he considered the theory, state and prospects for the development of objective engineering.